The new Canon 5DsR is already known for its crazy large megapixel count. At just over 50 megapixel, it is currently the highest megapixel full-frame DSLR on the market. The file size of each detail packed raw file is around 60mb. That’s about 16 images per gigabyte of card space. Now imagine 825 images being combined into one super sized panorama. That’s what David Bergman did when he created a 20,000 megapixel image of Yankee stadium.

In order to take such a large panorama, David used a Gigapan Epic Pro robotic mount to attach the Canon 5dsR. He then tells the unit where the top left and bottom right of the image is. From here, the unit calculates how many images need to be taken while allowing for a 25-30 percent overlap.

Once all the images are done, they now need to be stitched together. This is where the majority of the work comes into play. Although the software will auto stitch the images together, every single seem needs to be looked at and analyzed to assure the stitching is correct. When stitching panoramas of moving subjects, you can get ghosting and overlaps from people moving between exposures.

When the image was complete, it was turned into a 130-foot long, 20-foot high print that was put on display at the Canon Expo in NYC.

Who here has done a super large panorama? What did you do with it? How large was it?

Gear / September 9, 2020
Is Canon About to Announce a 90-Megapixel Full Frame Mirrorless Camera?

Canon only has one n -- it's incorrect in every usage here.

Thanks man! fixed. That's what happens when you trust auto correct... lol

I'm reminded of what the 13-year-olds I used to teach would say, "It's still got two 'n's' -- don't forget the one on the end." I'm enjoying retirement.

Gigapan images work really well as murals. Most sign shops can print on ultra-removable wall film (think FatHead material) that's easy to apply to a wall and very cost effective.This one is on the wall of a conference room at my office. It's printed at 1/3 size and is 50" x 16'. The biggest that I've shot personally is a 5.69 gigapixel nighttime panorama of Charlotte, NC here:. http://www.gigapan.com/gigapans/142409 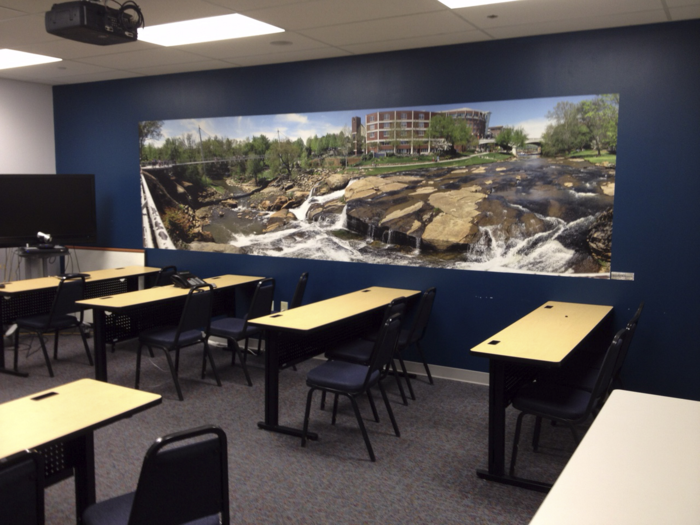 That night time shot is awesome! I can literally zoom in enough to see inside windows!

The nighttime pano was shot with a Nikon D800e and 70-200/f2.8 VRII with a 2x TC, so 400mm. Shooting on a GigaPan unit with a long lens at night takes forever, because you have to build in time for the lens to settle before each exposure plus the long exposure itself. For the right subject it's worth the effort though.

haha i wonder how many photos from an iphone it would take to get something similar though...

which lens they use ?

While impressive, personally still find it a gimmick.
Unless intending to print at that huge size.
I have seen many of these online, and the detail is unquestionably amazing, the beauty of the initial shot is taken away by the then intense zooming / scrolling around in a weird where's Wally / Waldo game.

The final application of this printed so huge i bet is fantastic to view in person, but online its a no from me.

It's also not always about the size and resolution. I do these with portraits all the time because you can get the field of view of a 24mm with the compression of an 85mm and crazy shallow depth of field.

Agreed,
i too have used this technique for some images,
an example here and how i constructed it,

But the city scapes (follow the link Mosley posted of a night scene above)
Its a gorgeous night scene in its own right, but i then have to zoom to a rediculous level takening away its beauty.
For portraites its cool as gives awesome DOF and you dont zoom in to count the pours :)

just my pennys worth.
Awsome post non the less, thanks for taking the time to post and keep up the good work bro.