The long take has been a staple of film for decades, showing off a director's capability at managing a set and camera movement. Some directors have been ambitious enough to create entire films using a "single shot," which are really many shots cleverly stitched together to appear as one long, continuous take. But none have been as ambitious as Sam Mendes with his upcoming film, "1917."

Set against the backdrop of the First World War, "1917" follows — literally — two young British soldiers on a mission to deliver intelligence that will thwart an attack. Director of Photography Roger Deakins takes the viewers into the the trenches, across the killing fields and on a visceral journey that looks sure to rival the immersive Omaha Beach landing of "Saving Private Ryan."

This behind the scenes video gives viewers a glimpse into how Deakins and Mendes managed to pull off such an incredible feat of cinema, as we see the myriad ways the camera moves along with the two characters on their mission. It is carried by hand, on wires, on the back of trucks and by drone, sweeping across the European Theater to tell the story.

The film is made more difficult by it's exterior nature, as the filmmakers constantly had to grapple with the ever-changing light of the environment, as they tried to match the light from shot to shot.

While the single, continuous shot can come across as a gimmick in some films, it is used here deliberately to make the viewer feel as if they are in the trenches with the two main characters. Seeing how they were able to capture the footage, literally handing off the camera to a moving vehicle, for instance, emphasizes how difficult it was to achieve this cinematic experience.

Do you think the single-shot style of the film will enhance or detract from the story? Drop a comment below and let us know what you think of this video. 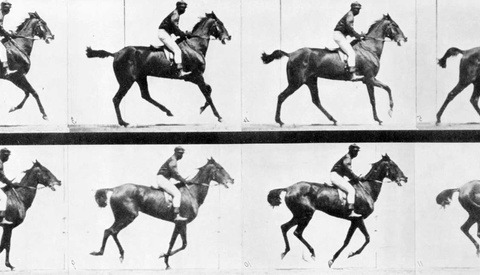 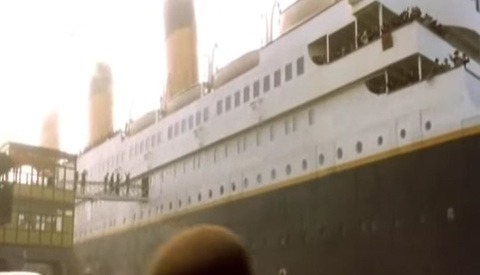 BTS / November 23, 2019
The Clever Way James Cameron Dealt With an Interesting Problem in 'Titanic'
Log in or register to post comments
9 Comments

Looking so much forward to this movie!

This is going to be spectacular for sure.

You had me at "Director of photography Roger Deakins".

Can we start talking Cinematography Academy Award before a film even comes out? I think so.

I can't wait to see the result. Mendes use of visual storytelling has captivated me ever since Road to Perdition (the rain scene alone) and if anyone can pull off something as demanding as this it's Deakins.

I always loved British productions. They are so superior when it comes to lighting and mood techniques. Their period dramas and movies are simply the best.

I find that as opposed to a formula of over-saturated drama, misplaced sex, violence and Gucci outfits, British productions rely on a good storyline and excellent attention to detail. It makes for an absolutely great cinema.

I watch every Roger Deakins movie. I don't need more information because he usually picks projects that are worth watching.😉

I absolutely loved this film! Photography, composition, lighting, acting, VFX, production value. It had it.
I did, however, feel it lacked a good audio mix. I understand being able to hear dialogue, but in context of a war? We should feel the sense of danger, excitement, confusion, coupled with dialogue spoken loudly over bombs exploding and shell fire at near defining levels. It’s my only negative, and slight at that, criticism to an otherwise outstanding piece of work!