A New Take on Maternity Photos

Maternity photos can be difficult. Shooting them isn’t different than an engagement shoot or senior portrait session, but the challenge is avoiding clichés. The typical husband’s hand on his wife’s stomach shot or the husband’s beer-belly imitating his pregnant wife’s are far too overused. Along those same lines, it’s easy to fall into the same category of clichés in other areas of photography. For example, with landscapes, Antelope Canyon is unlikely to gain you praise. Unless you’re Peter Lik, your photo isn't going to turn heads. With maternity photos, a new perspective is much needed.

German Photographer Simon Schaffrath decided to do just that. What Schaffrath has created is a brilliant set of images that personify messages of inspiration for their child. 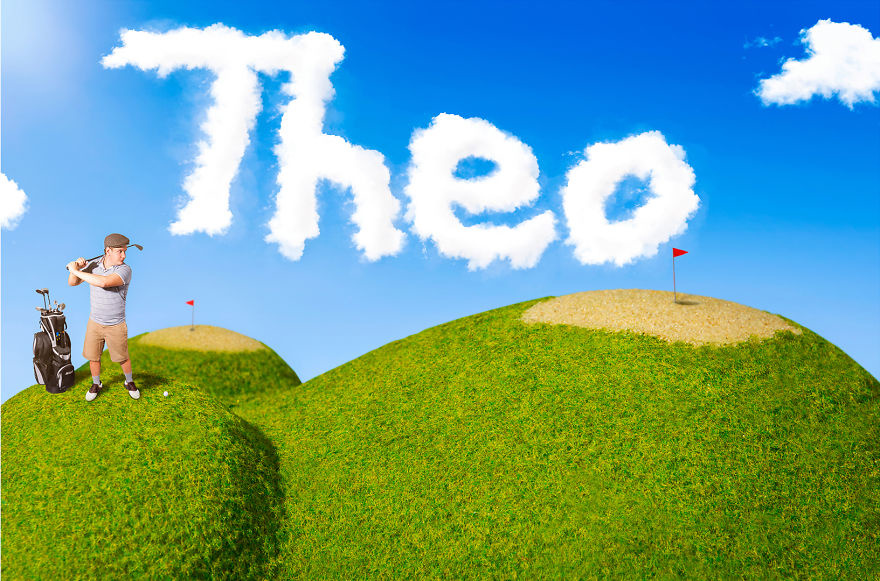 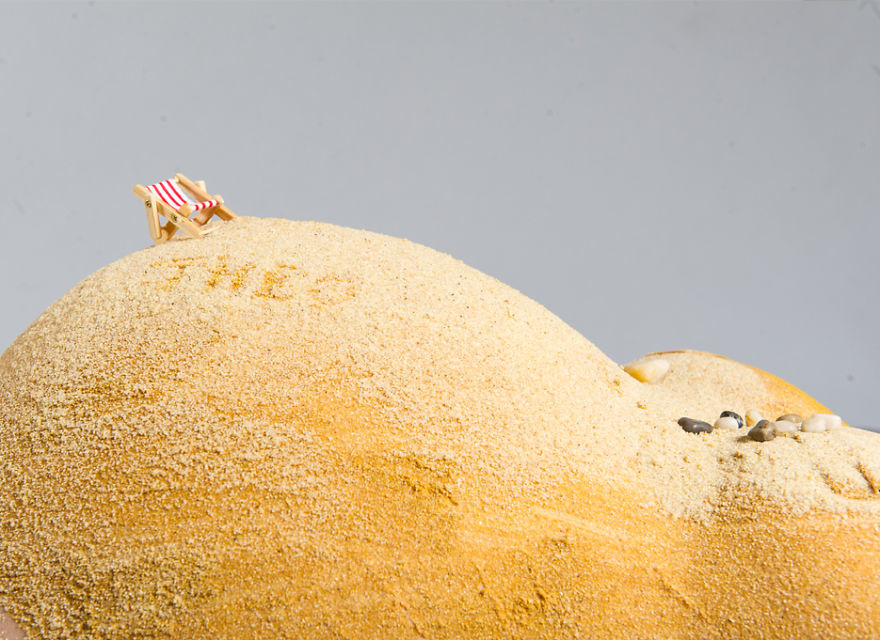 We got the ideas for the messages for our son and so we considered what would match.

'You can reach everything.' – The mountain climber
'You will find you way.' – Snowboarder in this lonely, snowy, and misty landscape
'Enjoy the moment.' – Sunbather on the lonely island
'Know your goals.' – Golfer 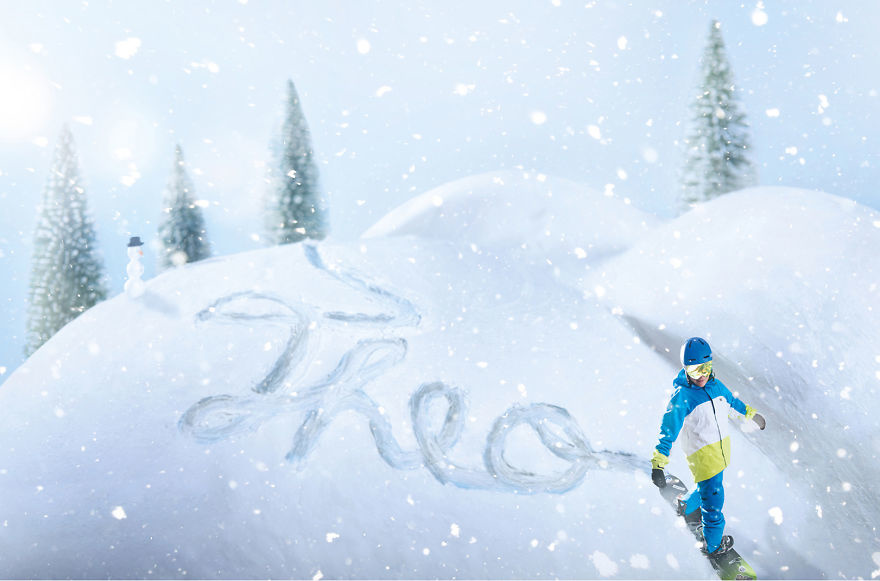 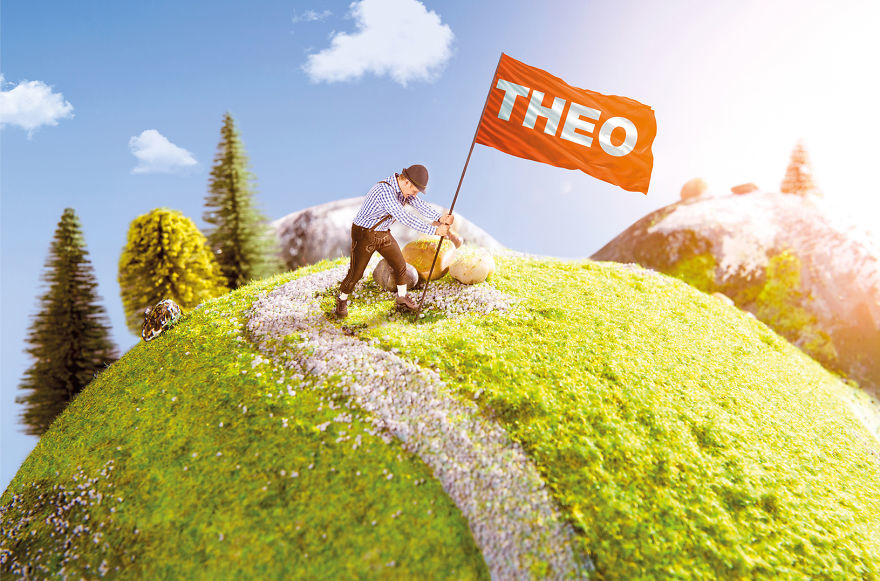 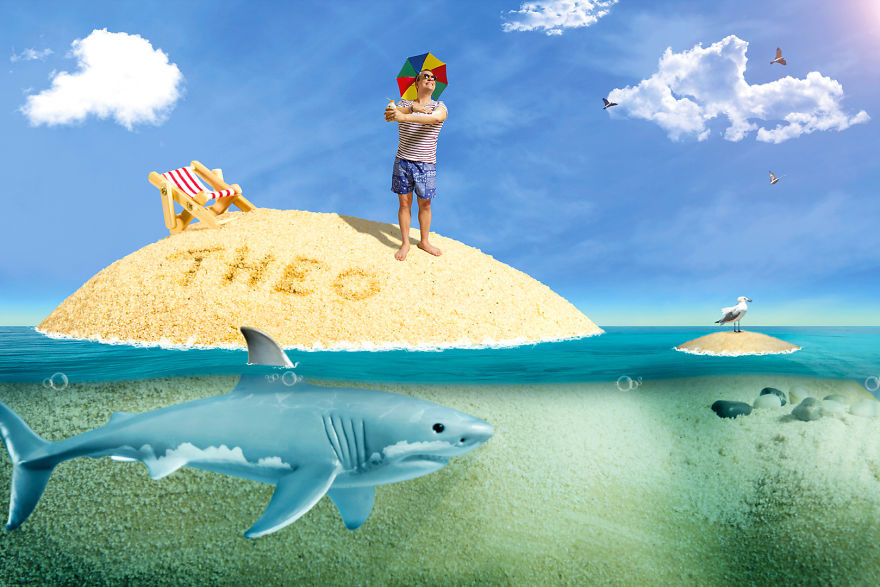 Schaffrath described his process for creating these images. After first sketching out each image and considering the angle of light that would be used, he photographed himself in the same fashion in order to place himself into each image as a character. He and his wife decided to use body paint as a starting point for the images. They also used miniature foliage to complete the scene. Schaffrath told me that his background as a designer helped him to create these composites. With some great images coming straight from the camera, Schaffrath was able to create the final image with some simple post-processing. Using gradients and various brushes, he was able create the sky and clouds. Other elements were added in as needed to create the individual scenes. 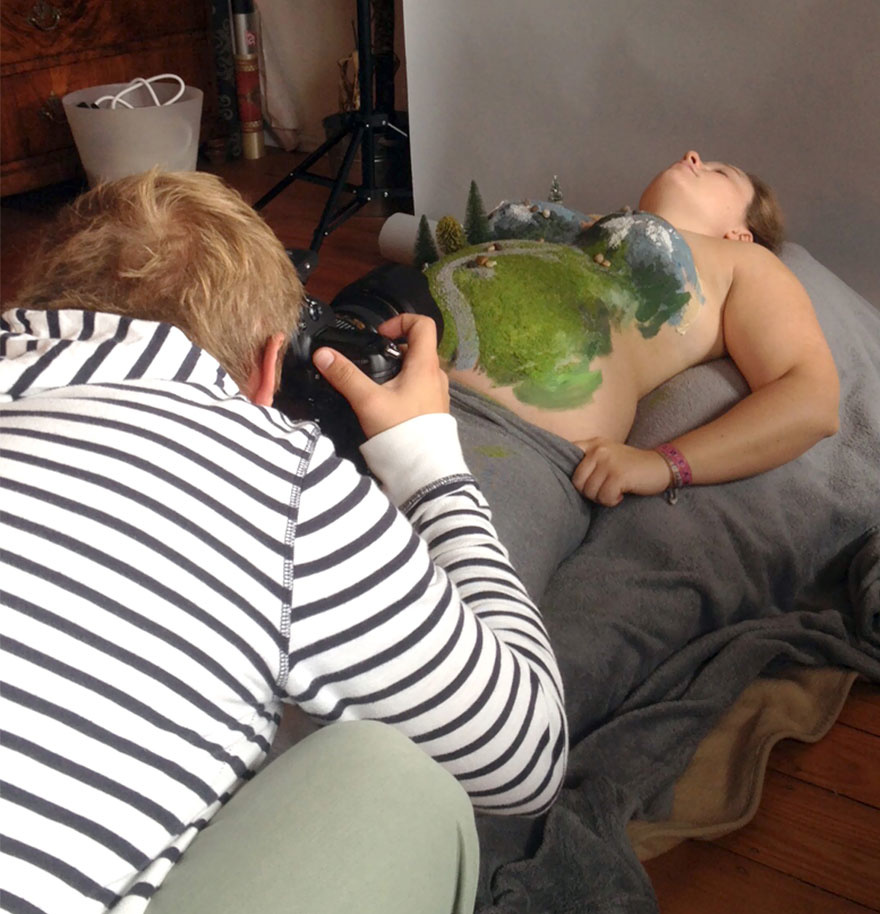 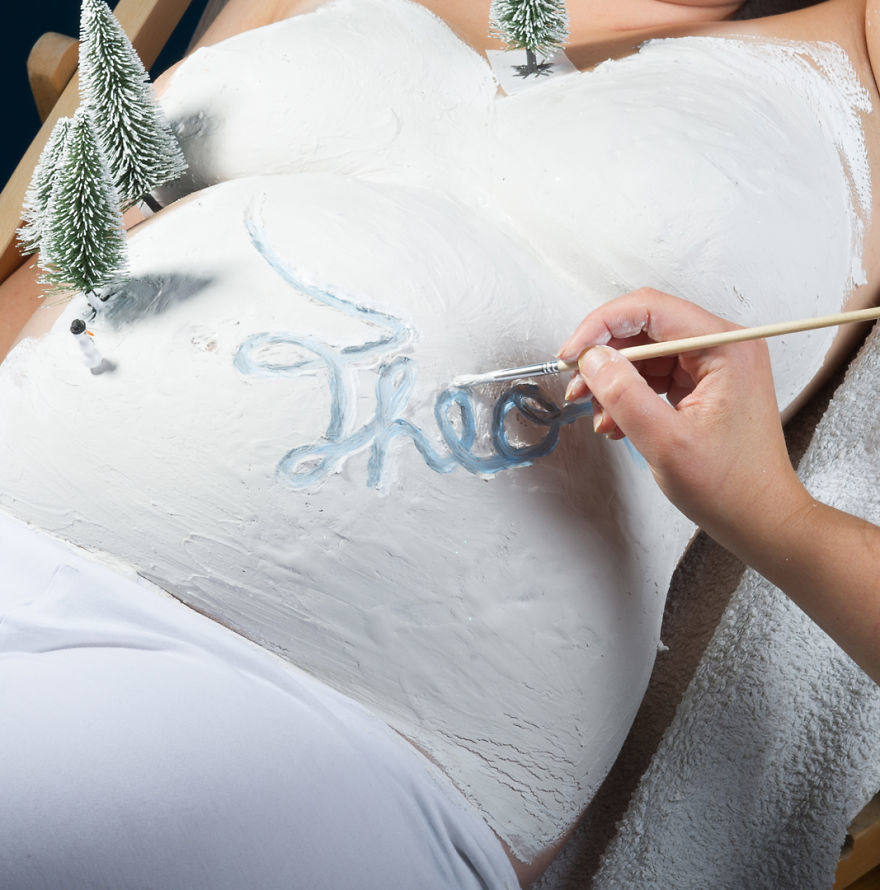 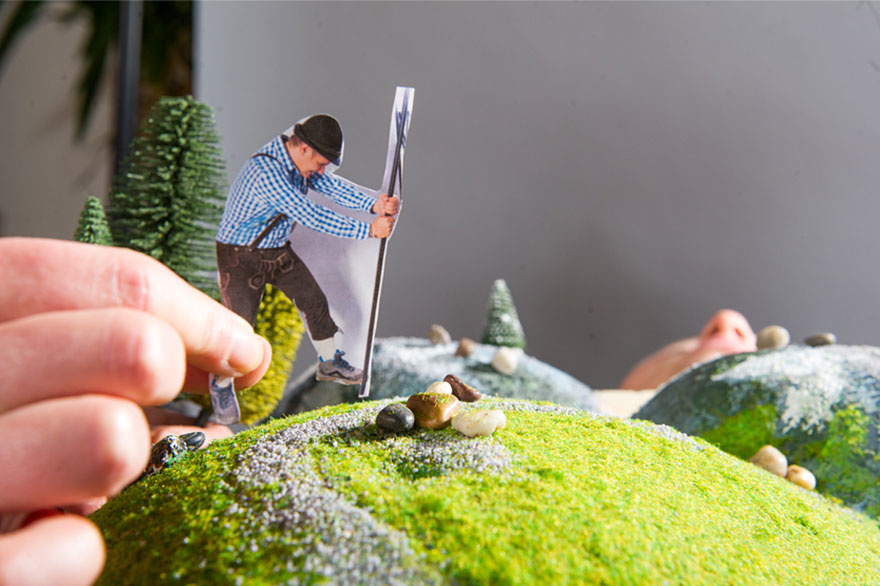 With some clever lighting and shooting, this project really came to life. The beauty of this process is that while it looks composited, its sense of heightened realism and creativity still makes it pleasing to the eye. This is a series of images that really changes the way people imagine maternity photos. Schaffrath put a great spin on a heavily clichéd subject, added a great message, and wrapped it up with some brilliant post-processing work.

More of Simon Schaffrath's work can be found at his Behance site.

hmm I think these make nice art photos, or nice photos for the photographers portfolio, but I would struggle to see why a mom would want this hehe - her face isnt even in it and her identity is in no way visible from the photograph. Why not just buy the photo and put it on the wall - it could have been anyone

I'm a mom and I would not have any interest in this. Being pregnant and laying down while people put a bunch of stuff on me that I can't scratch off, no way. I'm sure there are people who would love it though.

I've turned down dozens of maternity photo gigs due to the general cheesiness of every maternity picture I've seen. THIS photographer's unique series has inspired me to drink a pot of coffee and develop my own way of taking some interesting maternity photos. THANKS!

The issue I see with this shoot (and I know I'm going to get some down votes from the men, but having been a pregnant woman at one point, this was drilled into my head) is that the standard of care for pregnant women in Europe and America are different. In the United States, it is not accepted for pregnant women to lay on their backs for extended periods of time. Now, I happen to think it's ridiculous, however that is in every single pregnancy book on shelves right now. Should someone have a miscarriage or stillbirth after laying on their back for one of these shoots for several hours, that's a potential lawsuit.

You have a great point. I overlooked that potential health hazard. With that in mind, I definitely wouldn't want my pregnant significant other risking her health for a photo shoot. However, I still admire this photographer's creativity. Perhaps with some sort of safe adhesive, he could have decorated his wife while she was sitting and slightly reclined. I'm pretty sure this look can also be lit and photographed with the woman sitting/slightly reclined if the lights and camera angle are adjusted accordingly.

It is a cool idea, but the final images are so over-processed, I would / did assume that they were entirely fake. The fact that he set them up on her body is awesome and if that reality was left more intact I think it would have been a much stronger series.