When Sony announced the 400mm f/2.8 G Master lens, many of my sports and wildlife photographer friends were excited to add this lens to their kit. As a portrait photographer myself, I was curious to see what a lens like this could do when used for shooting fashion, beauty, and portrait work.

Fortunately, a few weeks ago Sony held a World Photography Day event in Brooklyn, New York to kick off their "Be Alpha" campaign and brought one of only 19 400mm GM lenses currently in circulation. Even better yet, they had models available for us to work with and set up our own 15-minute photoshoots in the surrounding area. Here is my experience working with the lens for shooting portraits.

The first thing I was surprised by was the weight of this lens. I'm sure by the looks of it in photos and videos it looks like it would weigh too much to be able to handhold it, but I found the opposite to be true. It was around twice the weight of the Sony 70-200mm f/2.8 GM lens but because it was rear weighted, the lens was surprisingly comfortable to hold. Granted, I only had it for 15 minutes so it's possible a longer photo session would have been a bit more grueling, but a lens like this isn't really meant to be handheld anyway.

I tested out the Eye AF to shoot some walking shots, and even with my model wearing a hat the camera locked on to the eye and held on shot after shot. The results were razor sharp, which is to be expected for a lens in this price range. I imagine the performance would have been even better on a camera like the Sony a9, but it certainly did the job here at a variety of distances from the model. 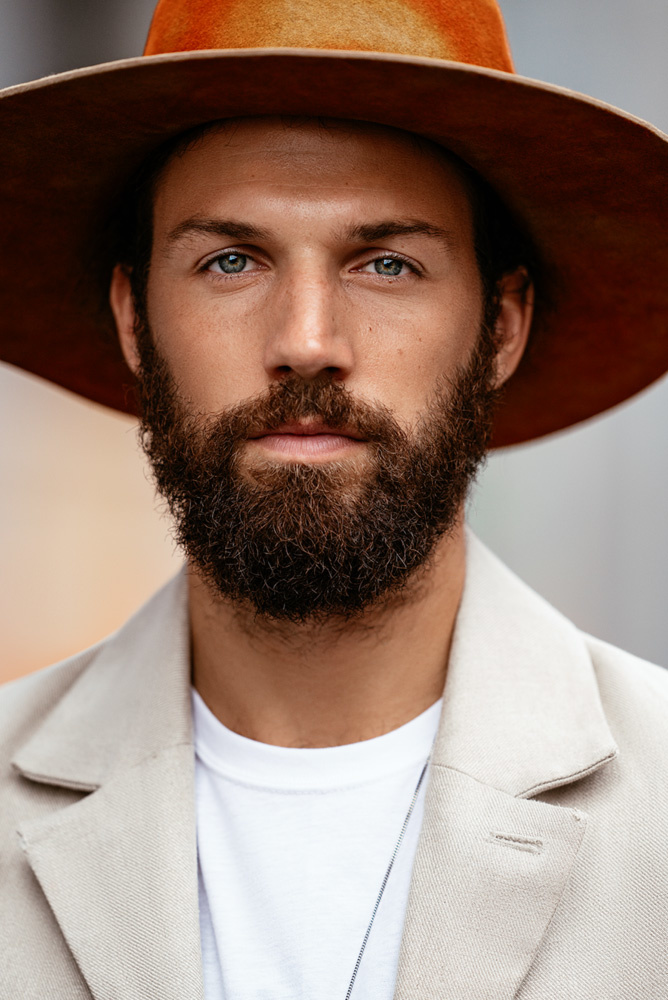 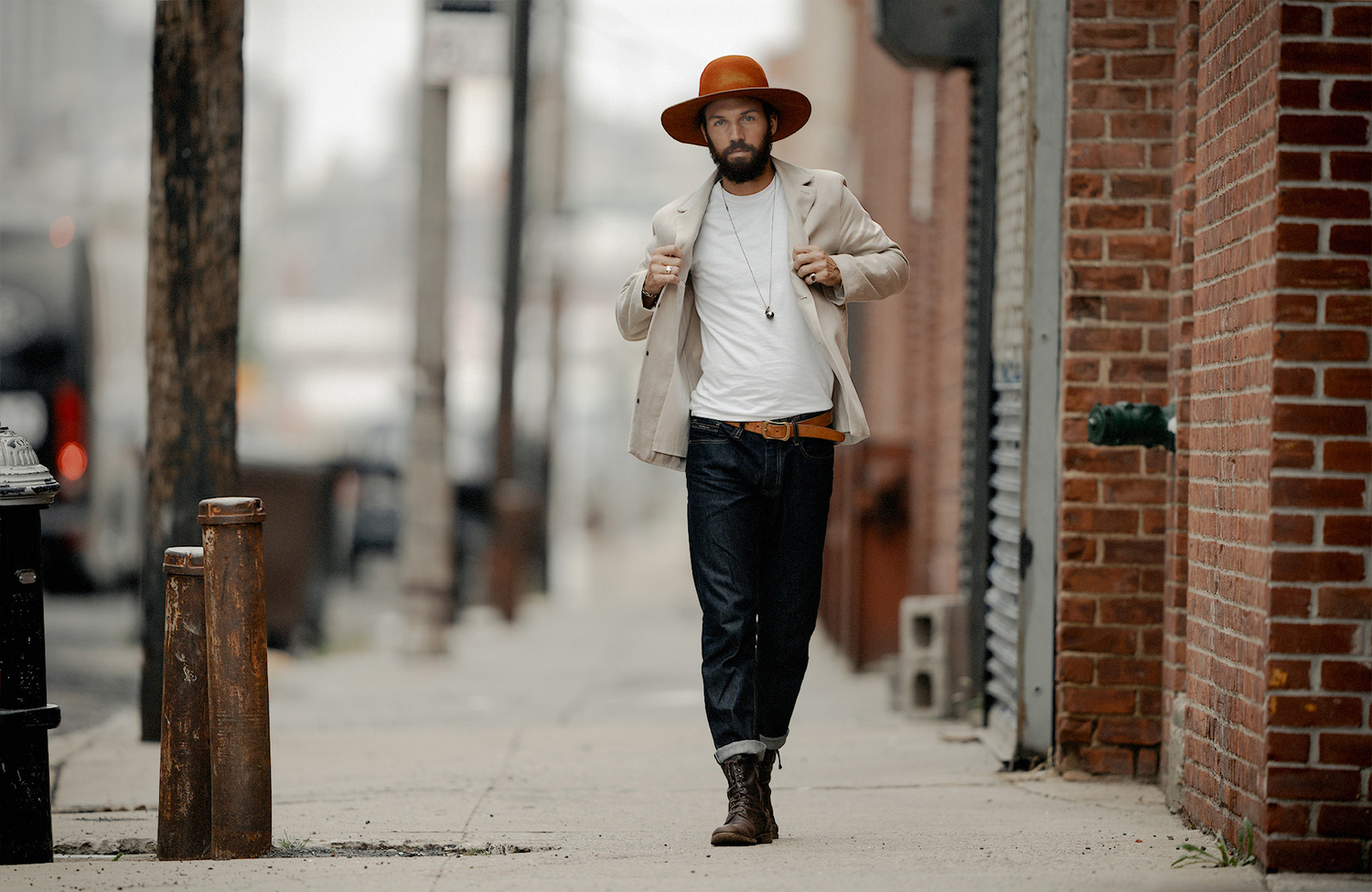 While the lens definitely gives a unique look, in hindsight I would have preferred to use this lens with a monopod and possibly even a gimbal head. I crop my images in camera to maximize the resolution I'm getting from my cameras, but handholding this setup after awhile caused me to drift a bit and mess up my composition. A lens like this isn't for everyone, but if you're looking to create portraits that have a distinctively different look to what you'd see out of some of the more common portrait lenses out there, I'd say its definitely worth a look (perhaps a rental) and a test to see what you can make of it.

Editor's note: Miguel Quiles is a Sony Artisan of Imagery.

Waiting for the Sony Alpha to Z-mount converter

Photos look awesome. Probably not the easiest to coach a model but the photos from that distance have an incredible look.

Thanks Lee! It definitely wasn't easy but in this case I didn't have too much trouble. Phil is a professional model (he was on Americas Next Top Model and went pretty far) but if he wasn't I would see myself having a lot more challenges communicating with the time constraints we had.

Thank you! A walkie talkie definitely would have come in handy, but we used hand signals instead ;)

I was actually hoping someone would do this. That walking shot looks crazy.

Thanks! I was eager to do this as soon as I saw the lens was announced. Glad I could make it happen :)

The bokeh on this thing is otherworldly! I was shocked at how crazy it looked compared to what I was use to seeing with my 70-200 and various f/1.4 lenses.

Without intending to sound like a dick, I think the bokeh comes more from the fact that this is such a long lens. The 2.8 here really helps. But You can definitely do something similar with a 200 f2, etc etc.

That being said, I am really impressed with your ability to prevent the model from looking like a billboard on a blurred out background. There's a transition here. Well done!

Thank you! After taking the shot in the middle of the street, which offered no foreground elements, thats why we took to the sidewalk for some shots. It helped to try and avoid that pop-out look. I am planning on spending some more time with this lens in the coming weeks, and I'll try to see if I can get my hands on a 200 f2 somewhere to test them against one another. I'm definitely interested in seeing the results.

Buy a Samyang 135mm f2. ridiculously sharp maybe sharper than this one , and has incredible bokeh .you will get the same result and cheap as dirt

I've used the 135 f/2 from Samyang and its definitely a nice lens, but I can say without a doubt that this lens is much sharper and the bokeh/compression you get from 400mm looks totally different. They are both nice, but not comparable IMO.

So, how is shooting self portraits with this?

So long as your arms are about 9 feet long you could definitely do it! ;)

Where do you get the New Era cap from?

They were giving them out at the Sony event!

This makes me sad

I hear ya! I miss out on some of these events and end up seeing attendees walk away with some awesome swag. If they made a store I bet people would scoop up stuff like this :)

Agree... definitely a distinctive look. It reminds me of the Nikon 200mm 2.0 - just has a special look that's hard to get any other way. Thanks for sharing Miguel. Very insightful.

I really love the rendering in that last photo.

How do you miss the obvious question-how it performs vs the 70-200? Usability, sharpness, focus accuracy, image quality?