Sneaking into Coachella Lands This Guy the Career of his Dreams

Have you ever snuck into a concert before? How about a huge festival? Well, in 2010 James Marcus Haney really wanted to attend Coachella... the only problem was he didn't have the money to get a ticket. So what's the next best thing? He figured out a way to bypass security and get in for free and got to see some of the bands he had admired for years. He continued sneaking into festivals around the world for the next few years, and filmed every minute of it.

After a few years James had quite the archive of festival footage. He managed to sneak into concerts and festivals seemingly at will, though he did get kicked out of a handful of shows (which is to be expected). He got access to the photo pits, backstage VIP areas, and eventually was able to get on stage during some big-time performances.

Using all of the footage from his experiences at Coachella, Bonaroo, Glastonbury and Austin City Limits (just to name a few), James made a movie and called it "No Cameras Allowed." Luckily for him, his movie was picked up by MTV and has led to James being one of the most sought-after music photographers in the country.

Though, as James points out, many people are looking at the film as a roadmap to breaking into music festivals. But that wasn't his intention.

The problem with the pitch trailer is that it sets up the film to be all about sneaking in. The film is much more personal than that. It's like a coming of age story set against the music festival background. It's not like a "how to" guide. A lot of festival folks aren't stoked because they think a feature film is coming out as a guidebook to show how to breach security.

"No Cameras Allowed" airs on MTV this Saturday, August 23rd.

​You can view more of James' work here, and read an interview with him about his experiences in the link below. 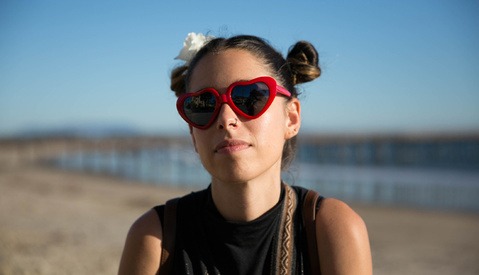 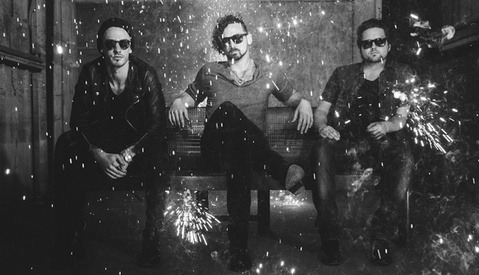 BTS / May 23, 2015
This Photographer Lit up a Photoshoot with 18 Pounds of Fireworks

As a music photographer who has been doing the right thing for years... this just pisses me off.

I couldn't agree with you more.

If the kid couldn't afford money for gas, how could he afford money for a Canon 5D? Unless he bought a stolen 5D at a pawn shop. Seriously, this video legitimizes counterfeiting tickets, basically, it is theft. He's cutting chain link fences to get into concerts. If I recall, this was featured on PetaPixel 2-3 weeks ago.

This is pretty infuriating.

I REALLY don't like this guy. All my fellow photographer friends have been wondering how I photograph all the shows that I do. Now that they've seen this, they've suddenly been inspired to go sneak in with their cameras. So everyone thinks it is a walk in the park to sneak in, and not honest hard work like it actually is. So as a concert photographer trying to get big, it's frustrating to see someone who didn't work his way in, make it big because he blatantly shows that he's cheating the system. So done with this dude.

He cant afford tickets to big concerts but yet hes rocking an Arri S16 camera from what I saw in the trailer and presumably also affords the film processing/scannings costs? Nice 5D as well. Hmmm.

What was your source for this quote Mr. Mellon? "being one of the most sought-after music photographers in the country."

Isn't this old news? This guy did an Ask Me Anything on Reddit a while back, turned into a complete sh*t show. This is worse than fake - it's an unbelievable fake.

...and the 15 minute countdown has already started.