This Guy Stole Photography From The Wrong Person... Me

A few weeks ago I got a Facebook message from someone saying I should check out a particular website. The message simply said "I think this guy is stealing your pictures." We'll call "this guy" "John," and yes, John was using my pictures as well as other photographers' images and claiming that they were his own. John's plan of grabbing images from photographers far outside of his state could have worked but he happened to choose me, Lee Morris, the owner of one of the biggest photography websites on the internet, and the creator of a massive wedding photography tutorial.

The first link that I was sent was to Wedding.com. On this site, "John" had made a business profile featuring some of my images. 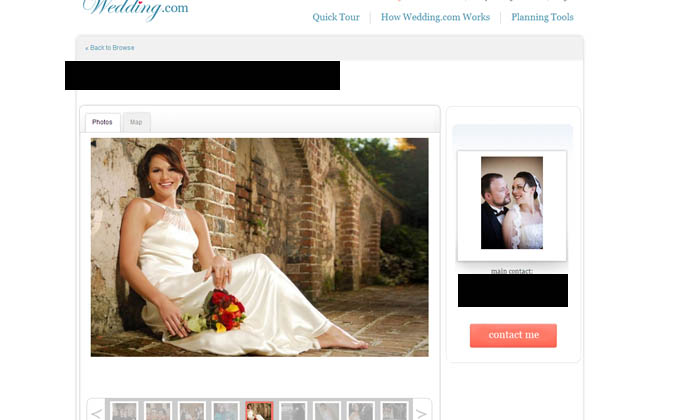 The image above is one of my flagship images. I took that shot for a big advertising campaign years ago. I put a ton of thought and work into getting that image and so I could easily recognize it anywhere. After seeing this, I showed a few of my friends this page and they began doing some research. In about 20 minutes of time we knew everything about John; his current and previous address, his Facebook page, his Google account information, his current and previous employers, his phone number, and a list of websites where he was advertising his "business" including his main website. 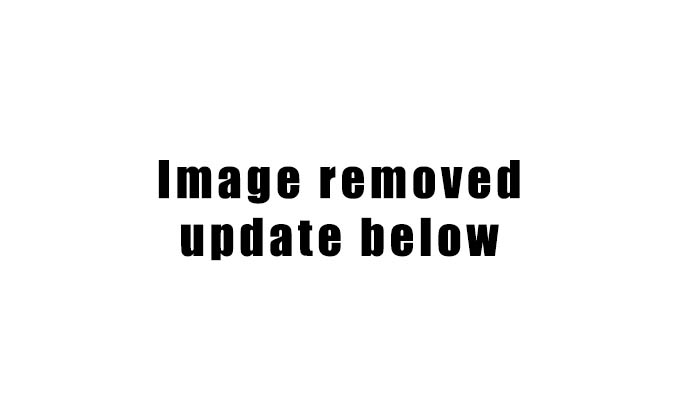 We found him advertising on other websites

We found him on Craigslist

As I continued through "his portfolio" I noticed one shot that looked like something I would take, but it wasn't my shot. After reviewing John's actual work, I knew he wasn't good enough to take it so I did a little more research. I noticed that the trees in the background looked familiar... in fact, this shot was taken about 1 minute from my house at Boone Hall Plantation. After doing a Tineye search for that image I realized that he had stolen this picture from my friend Leigh Webber, another great wedding photographer in town.

Now I know a lot of photographers would be furious about this but honestly it didn't really bother me. I think John was pretty stupid for trying to get away with using my pictures as his own, especially when some of my pictures are so well known publicly, but I doubt he is booking any work and this isn't effecting my business in any way. I was going to just forget the whole thing ever happened but a few friends convinced me to give John a call.

I called John multiple times. Probably twice a day for 3 or 4 days. He had a Google Voice number and I didn't want to leave a message because I actually wanted to talk to him and ask why he would do this. I called John again just now and got his voice mail again. I went back to John's website today and noticed that all of my pictures had been removed, and there used to be a lot up there. I assume that John Googled the phone number of the person that was calling him so much and realized it was Lee Morris, the guy he was stealing from.

As I said above I'm really not mad at John. We've all done stupid things before and I doubt he has booked a single wedding from this website of his. I didn't write this post to get this person in trouble with the community, that is why I changed his name and blacked out everything about his business in the images. If you do figure out who he is, please do not contact him, that is not what this is about. I may try to give John another call in a few days and if he doesn't respond I may eventually send him an email. Maybe I'll even send him a copy of our new wedding dvd, he could use it. The moral of the story is, don't steal other photographers' work and claim that it is your own, especially mine. You'll never get away with it.

Update: I received a sincere apology and explanation from John and in an attempt to protect his anonymity, I have removed the majority of the images in this post. My intention was never to reveal who John was and I honestly wish him the best. Needless to say, John will only be using his images to promote his business from now on.

Business / November 6, 2019
What My Six-Year-Old Can Teach Photographers About Selling Their Photographs

Business / September 27, 2018
Wedding Photographers: How Protected Is Your Business?

Lee, I think what we all learned here today is that you obviously need to create more selective coloring images in your portfolio.

Love how you put this together Lee. Well done! Hope John realizes he just dodged a huge bullet and thanks you for not calling him out publicly.

Figured out who he is... but that's awesome, giving the grace card. Everybody needs a little bit of it. Good job, Lee.

You handled this with an amazing amount of charity. I'm impressed. Thank you for being a professional.

Lee you are a bigger man than I. I would have gone nuts. I commend you on how you handled this.

Lee, I am trying to contact you. You have outed the guy from what you posted above.

Contact me and I will tell you how so you can change it.

John - take a good hard look at yourself and make some changes. Living life like this cant be good for you.

At least his graphic design skills are up to par.

Awesome job in taking the high road Lee! Kudos to you!

Only question i have is "why are you different to any other photographer" by saying "especially me" ? That does sound a bit egocentric and I do feel that whoever it is, this is wrong, and what goes around comes around... sooner or later.

He said that because his images are recognized more than most since he has a wedding photography tutorial AND he owns THIS website. Not egocentric at all.

I'm sure lee can answer for himself in this question :) but thank you for this.

I had thought of this too, this website, which you might have noticed I follow as I am posting. And the DVD etc. yes there is visibility. And ?

Although the statement rests self centric IMHO (I hope I am allowed an opinion, let me know if I am not), I think lee's reaction is a lesson for us all, regardless of the DVD, website, whatever. It's called communication and sticking to values that are not lawsuit and money driven.

likewise :) but good to have diverging opinions without bashing. Thanks for that.

My sentiments exactly, the first paragraph is pure ego, but considering that on any article you see on this website you'll se at least 2 photos of lee morris looking seductive and (if i may say) quite proud on the animoto banners, there's nothing new here. I mean, the title alone, "This guy stole photography from the wrong person... me" makes me realize that he does feel superior to any guy out there, now, I do know there's a lot of "Johns" taking horrible snapshots, but as for the rest of the guys out there, please Lee Morris, give them a break.

Ouch. Trust me, I hate having my face on the ads on this site but the advertisers pay for it which keeps the lights on here. The "especially me" line was in regard to owning a large photography website and being "known" within the wedding photography community. The only reason this happened is because one of our readers found it, I never could have on my own. I think I made that very clear.

For what it's worth, I knew exactly what you meant in terms of exposure to so many people. If it were my work stolen and posted on a low profile site, I probably would never have seen it, and no one would have alerted me. I think it's pretty generous that you are maintaining this person's anonymity. I would have gone ape shit. Not even so much for how it affected me, but the risk he is taking with his unsuspecting clients. It is their unhappy ending that is the most tragic. I'm not sure you're doing him any favors by going easy on him, lessons learned and all.

My surprise came from the fact that I don't see you or the team as egocentrical people, you are all working really hard to deliver great things, and I have always maintained that. So it was feet surprising to see a very 'ME' oriented post.

And I think it is great that other people have informed you about it, clearly that helped which is good. On the part of the "known wedding photographers" I discovered that you sit weddings when you announced the coming of the DVD :). This might be because I am in europe though. thus my surprise again.

Appreciate the fact of discussing thoughts, this is how things evolve .

Thanks again for your thoughts, and have a nice day. :)

That didn't come off as egocentric at all to me. Some people must be reading it with the wrong tone in their head.

Come on...Its Lee! This guys as cool and nice as they come. I had photos stolen from me before, and the guy who did it re-edited them to add some sort of rainbow filter for the whole 3 images he stole...I was pissed! And I'm not a famous craftsman like Lee. These kinds of issues happen to many of us! This needs to be discussed, and Lee's approach to "John" is exemplary. Well played Lee. Respect is the way to make friends in this industry. I hate cocky photogs who think they're the best in the world.

although it may sound arrogant claiming that his pictures are different than John's. i guess he was just making a point that John's work has no par standards with his works. Its like putting a paint and a picture together side by side and claiming both of it as a photograph. Well, i hope i explained that well, if not i hope you get what i meant! :)

if Lee's wern't better than John's, then John woudl not have ripped lee off. If they weren't the best on the web, John woudl have ripped off someone else.

Your image is still on his Wedding.com profile....so still some cleaning up to be done!

Very impressed with your self-control Lee. You make the entire industry better with leading by example.

Apparently I should start stealing your work, I might get a free wedding dvd in return :p

It's kind of funny cuz that's the same thought that came up in my mind when I read that line... Not that I'd try to but the thought came up nonetheless