The photography industry is beyond saturated. Everyone is clamoring for a tiny piece of the shrinking pie. Instead of battling for scraps, California-based photographer Hannah Ray is busy baking her own pie by crashing through the boundaries of conventional commercial photography.

Traditionally, fashion photographers make a living by hiring out their services to marketing agencies, brands, and creative directors to create images that compliment marketing campaigns. Ray is breaking that trend by making herself a spokesperson that communicates directly with potential customers by showcasing the brand within an exciting lifestyle. 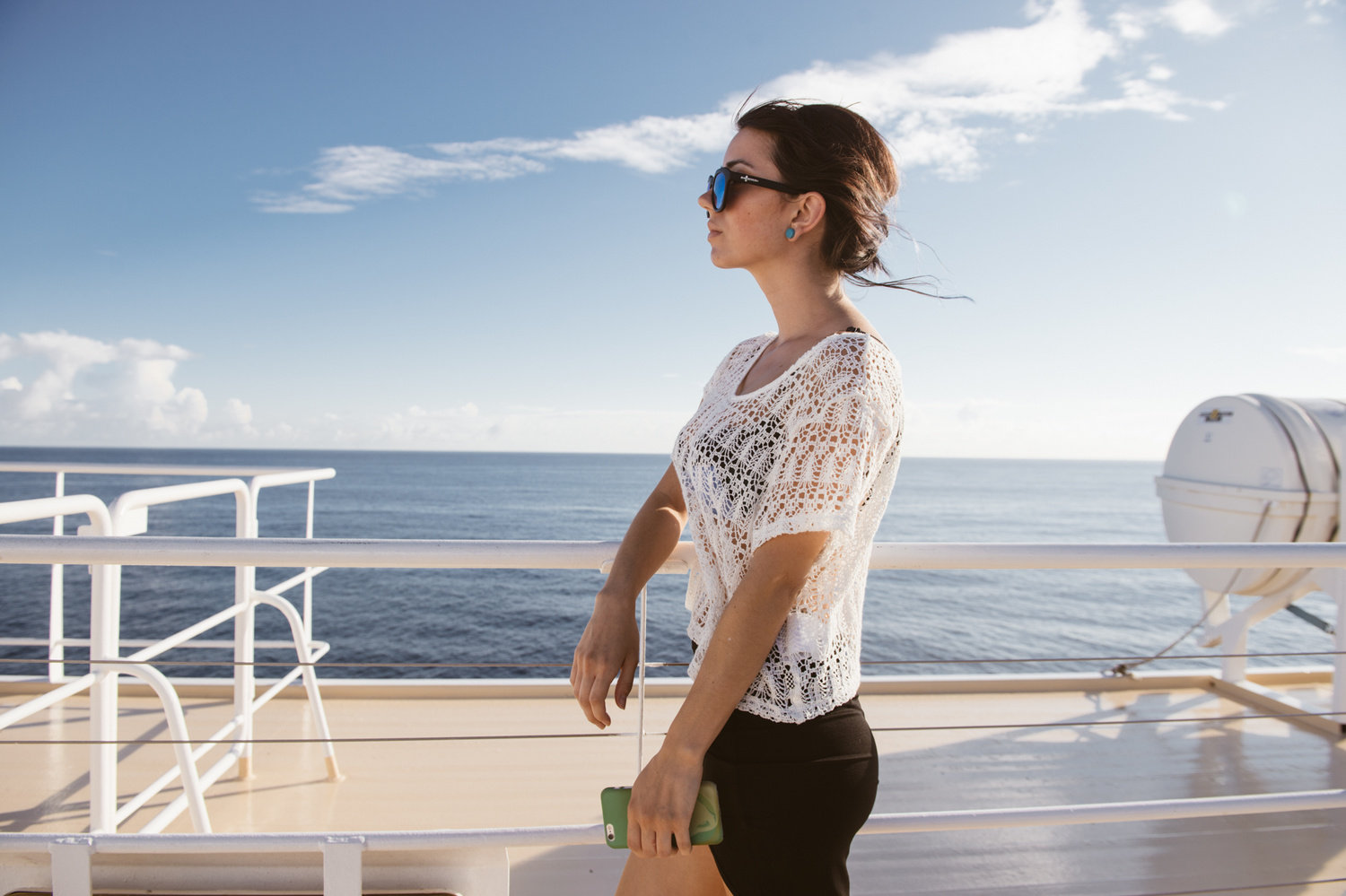 How Ray Is Helping Fashion Brands Connect To New Audiences

Ray’s method begins when she gets in touch with a fashion brand looking to reach new customers. Each client is a bit different, sometimes Ray reaches out to them, others track her down through word of mouth or after seeing her work firsthand.

Once she begins working with a client, Ray proceeds to plan an aspirational adventure. Each trip is a bit different, but almost all feature exotic locations and exciting activities. While on the journey, Ray consistently wears her client’s clothing while planning photoshoots as she goes that will be shared on social media and on her blog.

Throughout the trip, the brand she is representing is front and center enjoying a unique form of exposure tied to the adventure that Ray’s viewers love to be a part of. Finally, once the trip is complete, Ray’s clients have a great set of images that they can use to further market their products. 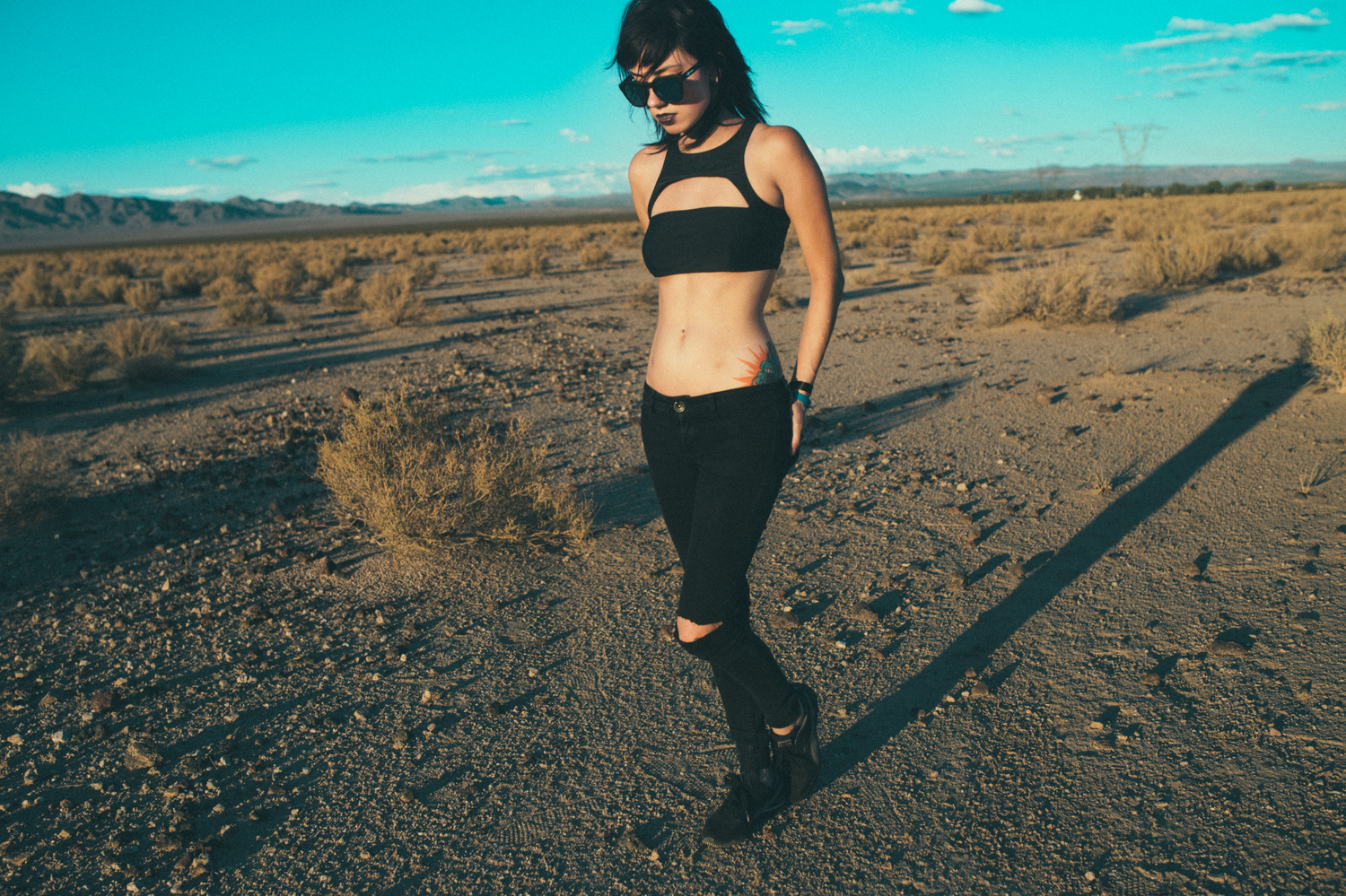 It all began when Ray first became interested in modeling. Despite a natural talent for connecting to the camera, Ray continually found herself slamming into walls when trying to convince agencies to represent her due to being much smaller in height than most fashion models.

Rather than treat this discouragement as failure, Ray opted to rewrite the rules by merging her love of modeling with her budding passion for photography. Ray’s skill with the camera quickly grew as she transformed the camera into a vessel for her creative vision. 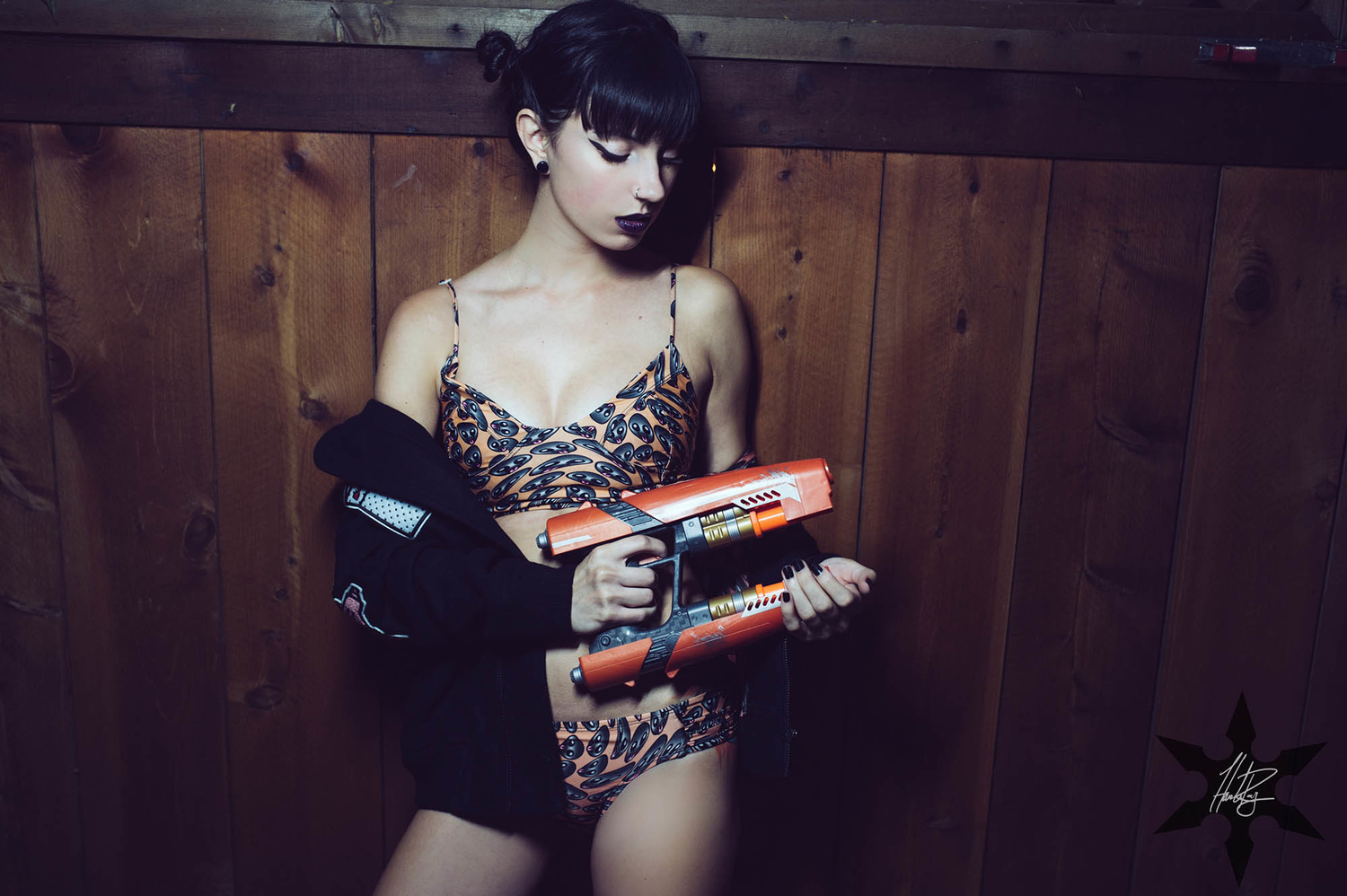 Moving forward, Ray developed a passion for shooting a myriad of different subjects. As her presence built, she realized that not only was she creating an exceptional body of work, but also attracting an audience who loved the same brands that she did.

In typical photographer fashion, Ray tried to “do it all” by setting the camera’s timer and shooting herself. Ray quickly realized that the quality and consistency of her self-portraits were being limited by having to run back and forth to the camera to take each shot.

Ray first experimented with having her roommate press the shutter for her, but as time moved forward she found the real voice of her work when she partnered with a close friend who also happened to be a photographer. Now Ray works with the talented Ron Khy who she deeply collaborates with on almost every adventure.

Together, Ray and Khy are redefining lifestyle fashion photography. 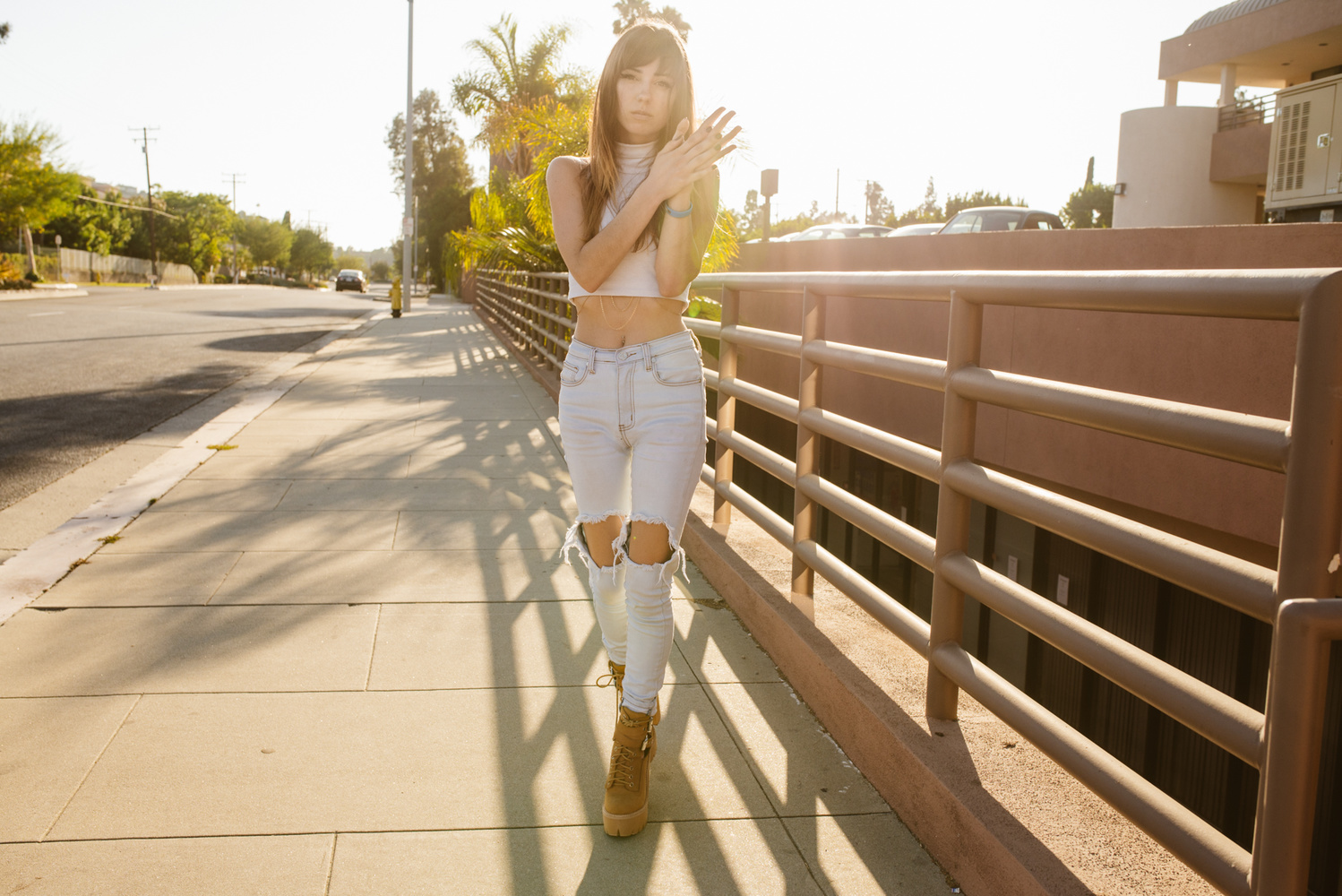 The Rock Star Life Isn’t As Easy As It Seems

On the surface, Ray’s life seems like a giant vacation bouncing from one exotic place to another having fun and snapping photos. While this is true in a certain sense, there is a lot more that goes on behind the scenes than meets the eye. Each trip represents a tremendous amount of work, beginning with dedicated networking at local fashion and trade shows, to connecting with potential clients, and continues with careful planning to find the perfect destination to showcase the client’s products.

Once on location, Ray works long hours, conducting several shoots per day at a variety of exciting scenes. Each day often has a specific, pre-determined schedule with garments already planned for each shoot. Ray races through each shoot to make sure that she completes each day’s requirements with little time to actually be a tourist. After the shooting is done, Ray heads back to the hotel (or tent) to begin culling hundreds, often thousands, of images into a set that will be immediately edited so that she can post professional quality editorial images the very next day. Following a trip of action-filled days and late nights, Ray returns home to begin work on completing the photo sets so that she can publish blog posts telling the story of her adventure without delay. 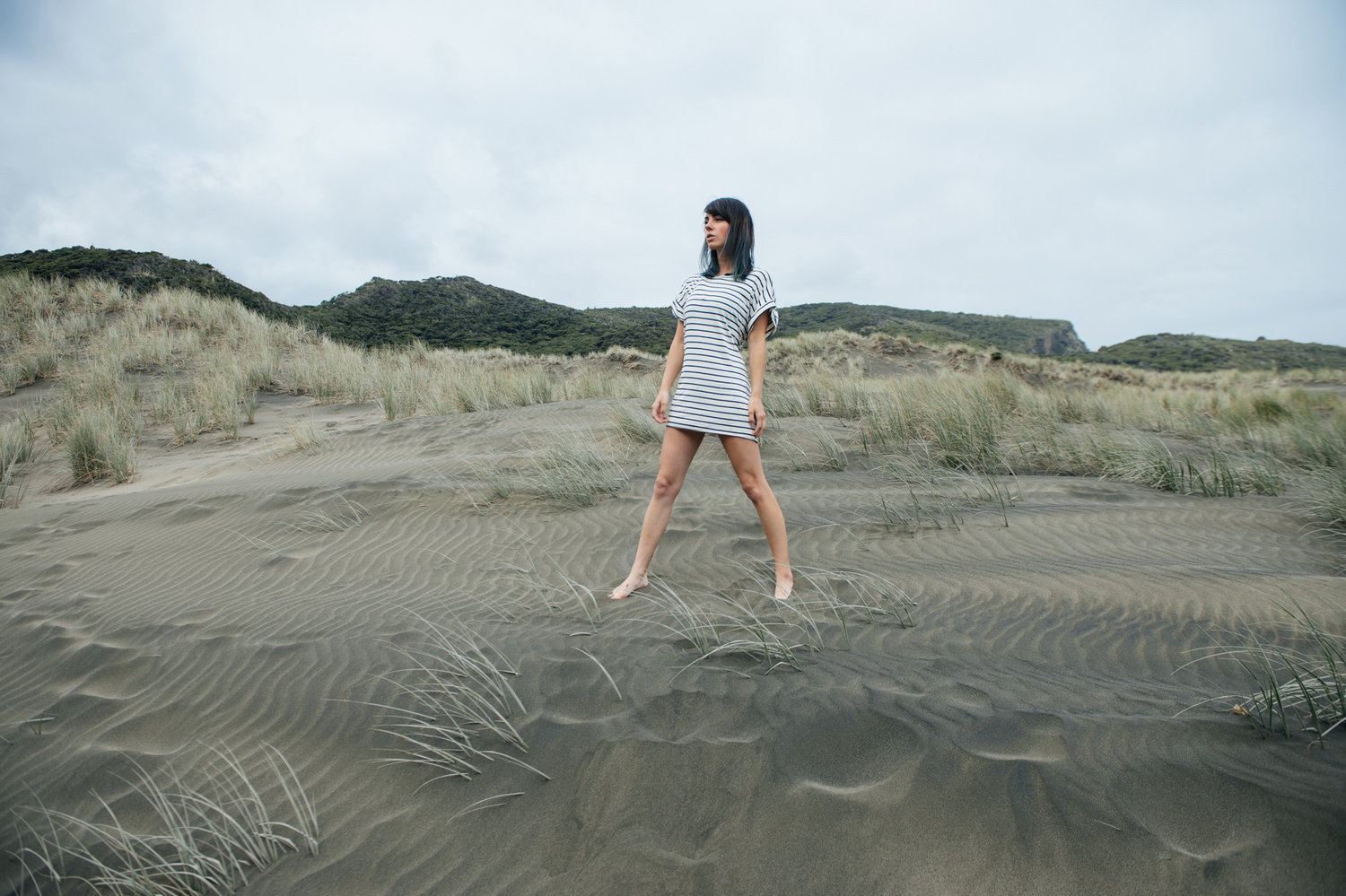 A big part of Ray’s ability to attract the audience she needs for her clients comes from her consistent style. It brings an identity and voice to her images that lets the viewer feel like they are a part of the action.

Ray has a simple, airy editing style designed to keep her photos true to the original scene while giving them a slight pop of fashion flare. Ray tries to keep her retouching fairly minimal while working to ensure all her images are a realistic representation of the scene as they were shot.

Where Ray’s style really begins to stand out is in how she adds a little bit of herself into each photo. Unlike traditional fashion editorial shots, Ray brings a sense of action into her photos by pulling the camera back to show more of the scene while posing to create a sense of contemplative excitement. 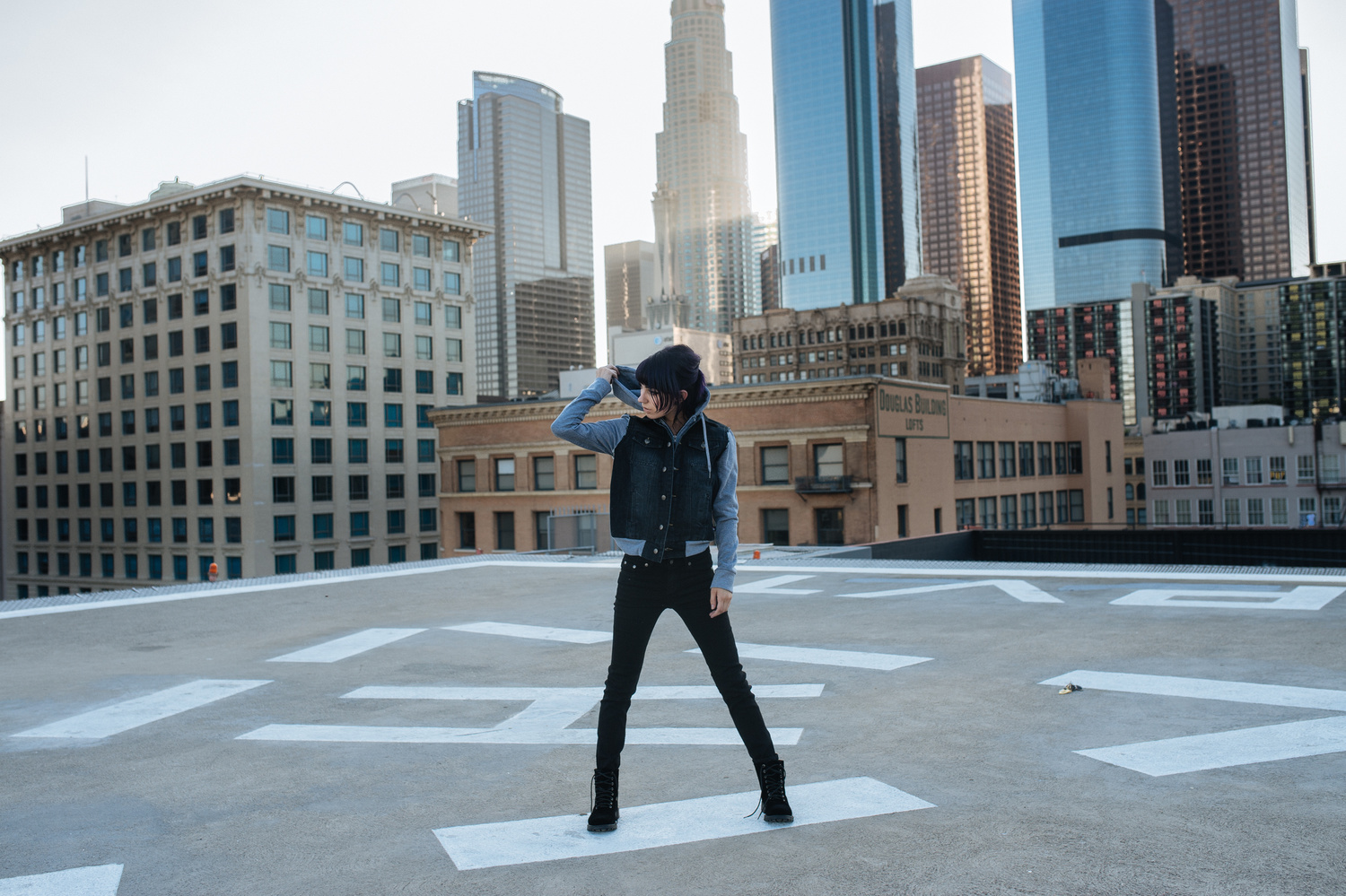 Ray’s fashion career is only a small facet of her ever-expanding portfolio, as she has also discovered a passion for various other disciplines of photography. Most notably she has fallen in love with capturing live events. This includes concert photography, but recently also reaches as far as shooting eSports teams such as TSM as they prepared to face off during finals of the North American LCS championships.

Check out more of Hannah Ray’s work below then head over to her website to learn more about what she does and to keep an eye out for where she is headed next. 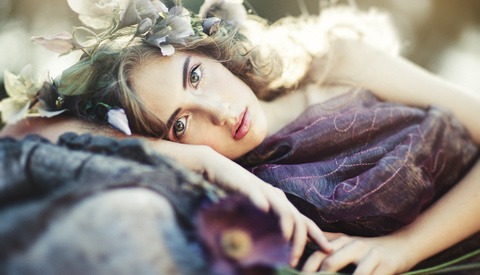 Business / December 17, 2014
“Don’t Be Afraid” – Emily Soto On What It Takes To Succeed As A Photographer Today 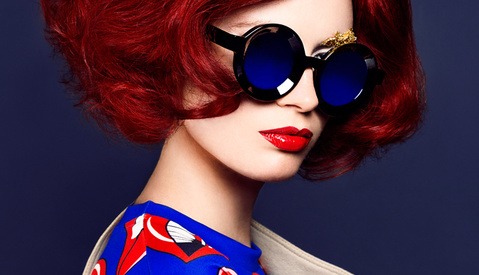 Architecture / May 15, 2017
Get To Know Urban Exploration Photography: A Guide To Shooting Abandoned and Off-Limits Territory
Log in or register to post comments
8 Comments

I love this article because it shows that you can still make money off of photography...but you have to be willing to break the mold on the conventional process.

I would think that like this, you have to give your companies/clients more now in the way of package where they can closer visualize their end result/product.

So she's a photographer who can also pass as a model and has capitalized on both. Sorry, but this is inspiring...how?

Now if I only had boobs, long hair and a vagina...

I think they have surgeries for that. ;)

There are plenty of photographers out there with boobs and vaginas who aren't doing as well as she is. You might want to add a brain to the list of things you need.

She broke free of the traditional photography business by basically giving up photography. Now she's more of a producer/art director/model... which is a cool idea, but she's not shooting anymore (as far as we can tell from the article).

This is an interesting topic because, coming to photography through my previous life as an advertising creative director, I've found that being able to talk the talk about branding and how an image helps reinforce the values of a brand really helps me with clients. This was what often frustrated me when I use to hire photographers to shoot my ideas. They were too focused on the pictures and not concerned about the brand.