PRO EDU, a company known for producing photography tutorials, has come to the podcast game nearly a decade after they became popular. Late to the game or not, the podcast should not be quickly dismissed. In a world bombarded by media, this broadcast is refreshingly analog in nature.

Season one, recorded almost entirely in Puerto Rico, has several Fstoppers alumni making appearances, as well as some of the current day big hitters in the world of photography. The hosts of this motley crew, beverage and food photography legend, co-founder of RGG EDU, Rob Grimm, and photographer, documentary filmmaker, producer, and other co-founder of RGG EDU, Gary Martin, guide their guests through premeditated topics, while also allowing organic conversations to derail topics occasionally.

Be it the host's ability to relax their subjects or the copious amount of alcoholic beverages which appear to be on set (something the hosting duo are clearly not hiding) the nuggets and pearls of wisdom dropped in each episode is surprising. The most striking moments of my binge listening came in Episode 3, a conversation with Jose Rosado. Jose founded Creatives Aga;nst Depression, a website for creatives, by creatives, normalizing the link between creativity and depression. This sobering episode likely resonates with each of us, touching on the pressures of social media many photographers feel, pressure felt even by some of the most successful photographers out there. I know I had never thought about how accomplished artists might still have many of the insecurities and pressures I have today. I guess we see those who are successful as somehow being relieved of the stress of posting at the right times, building followings, and wondering when the next gig is headed their way. Listening to the conversation clearly highlights that these struggles find us all. Other topics included how we communicate with others in a social media-driven world; the world in which we believe watching a person's Snapchat equates to being involved in people's lives. The world in which we, especially as creatives, isolate ourselves regularly but somehow still "feel attached" through social media's reach.

The careful listener will hear of not only the struggles of those fortunate in their fields but also the numerous opportunities that they capitalized on. Alastair Jolly discusses how he came to find himself on the SmugMug team and the joy the company has brought to his life. This and other insights of the inner workings of SmugMug had me reaching out to sign up for a membership just to support such a fantastic venture. For example, I had never before heard of SmugMug purchasing other failing photo storage sites to allow the physical hard drives to stay operational long enough for people to move their stored files, helping people preserve their memories. Hearing Alastair talk about SmugMug as a "family owned business" while explaining how each person who works for SmugMug becomes family, gives reassurance to hear that some companies still put their people first.

The insights into each guest's life offer many clues into how they think, how they found success, and how they maintain balance in their life. With time formats ranging from 35 minutes in length to the Clay Cook discussion that is 1 hours and 33 minutes in length, one could easily pick a podcast for every length of commute. I recently had the opportunity to talk to Gary Martin about the future of this podcast. Gary's vision for future seasons extends into more discussions with photographers, as well as a complete season devoted to videographers. Well worth the invest in listening, if for no other reason than the Sam Elliot narrated intro and outro of each episode. Turn your next drive to work into an opportunity to learn from many of the current best photographers in the game. 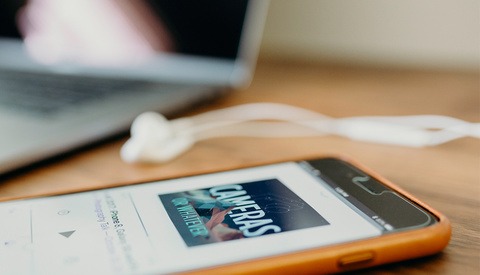 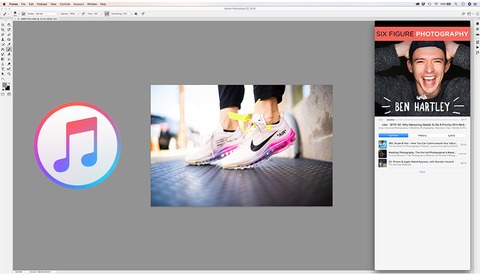 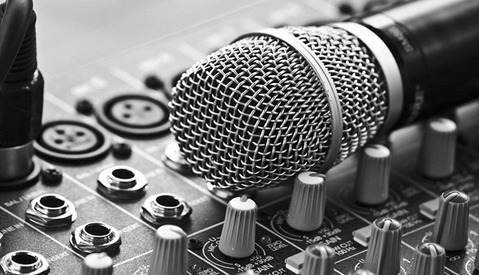 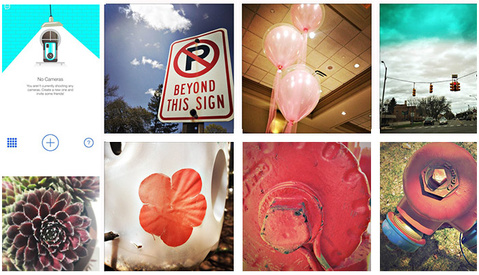 Is this an ad?

As the writer, I can confidently say no. I listen to many podcasts and simply thought a review of a newer one that I enjoyed was in order.

Most of my car radio listening are podcasts from my cellular iPad mini 4. I'm amazed at how few people today even know about podcasts. I've been listening to iTunes Podcasts since 2006 on a 5th generation iPod. Thanks for the tip on this podcast.

It is not available in India...