Spelling may be a basic elementary school subject, but it seems more and more people spell things immensely wrong or simply use the wrong word. The words you use which may not even have anything to do with photography can and very likely will change how you are viewed by your customers.

Your Words Are Everywhere

With social media especially, your words are people's perception of you. Without any body language, tone or being able to listen to your voice, people are left with the words you write. How you use them is crucial to how a large percentage of your followers or customers "see" you.

Among various Facebook groups or forums, I see photographers making these mistakes in somewhat large numbers. In all fairness, it's probably like that in many industries and not just limited to photographers, but the photography industry and topics are where I spend the majority of my time so naturally, that's where I'm seeing it the most.

Common words I see are "always" being written as "allways" or "all ways" and both are obviously incorrect. Yes, the reader will get your message, but these types of things come off as an indicator of your intelligence to a person who does not also make the same mistakes. Another example is the word "cheap" which I have seen written as "cheep" way more than I can count.

This is the bulk of what I find happening and likely why a basic spell checker doesn't help; properly spelled words just the wrong version used at the wrong time.

Example, in the following statement the word "their" is being used:
We are going over to their house.

I see this typically written on social media as:
We are going over to there house.

That one is a pretty big deal to me because it's not a typo or even a Siri mishap (Siri is surprisingly good at using the correct words based on context), but rather just flat out the wrong word. Many people when asked about this will say something to the effect of it doesn't matter, "I'm not an English teacher I am a photographer." I couldn't disagree more. What happens when you are a school photographer and you are trying to get the contract to shoot yearbook photos for a small private school and your communication with them, be it a proposal, an email, or even a text message, is filled with things like this. Do you think you'll be chosen? Maybe, maybe not, depending on who else is bidding for the job but it absolutely does not help your odds.

The words you use and the way you say it is what people have to go on and how you come across, how knowledgeable you are is often judged by what you put out there. Be sure to carefully read what you write before posting, run it through a spell checker if you have to. But do keep in mind that a spell checker along won't catch the wrong words, because the word is spelled correctly but used improperly. Some programs such as Microsoft Word have grammar checkers built in rather than just a word by word spell check.

There are browser plugins available to help with the spelling, it's worth putting a little effort in because it could cost you big money. You might be the greatest and most talented photographer in your area but if people perceive you as poorly educated, it certainly doesn't help your chances. I've yet to hear a client not choose someone for being too smart, or too well spoken.

If your habits are so strong that you find it challenging to correct these errors, you could also use a text expander in which you could write some words spelled incorrectly and it'll automatically switch it.

Yes, typos will happen and even more so on a mobile device. Typos are usually pretty obvious, and most people can recognize a typo. Typos are typically transposing a few letters from typing too fast or something of the like and are less likely to cost you a job unless it's really severe.

There is a significant difference in typos and using the wrong word. It is easy to spot that difference when reading someone's words. Try to do your best on the typos of course, but we are human and we will make mistakes. I do feel that some effort put into using the correct words will go a long way in how you are seen in the public eye and that can directly translate to dollars in your pocket.

Lead image by janeb13 via Pixabay. 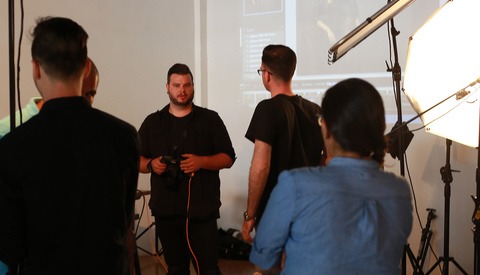 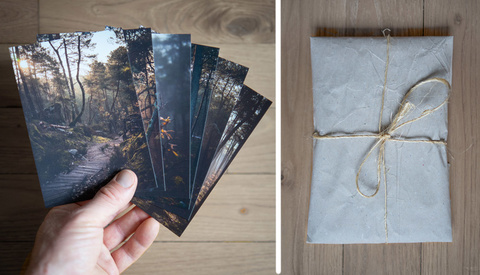 Business / June 8, 2021
Why You Should Start Selling Postcards Through Your Website and How to Do It 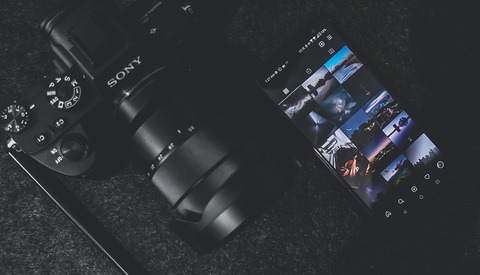 Business / February 22, 2021
How Important Is Social Media to Photographers? 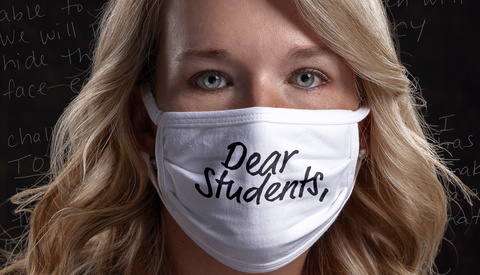 Good article and great reminder for everybody to mind their spelling of words.

Bill, you are correct that spell checkers are not enough. You wrote, "But do keep in mind that a spell checker along won't catch the wrong words...".

*kidding alert* All Mac users are liberals and, thinking themselves to be creative, don't see the need for proper grammar. *end of kidding alert* :-)

I bet you were super careful to check this article for spelling and grammar errors before you posted it!

Yep! Sweating the whole time trying not to make some dumb oversight. LOL

I agree with the article. I think our ability (or lack thereof) to write correctly reflects our level of professionalism. That can have a direct bearing on who engages our services.

A lot of people I work with have terrible writing skills in emails but defend it as being, "just an informal email." I almost always double check everything I write and when an error sneaks through, it really annoys me. Everything you do reinforces, or weakens, your habits and I'd rather my habits work in my favor than have to fight them. I try to apply that philosophy to everything in my life.

Exactly Simon, that was my point for sure... since some people ONLY have our words to form an impression of us, the way we write is critical. =]

Worse the spelling errors are wrong punctuations. To put a comma without a following space is deal breaker for me

It's always good to be reminded of this. When people say that it must be difficult to survive as a professional photographer now that everyone is a photographer, I point out that the important word nowadays is 'professional' - attention to detail, not making mistakes, not making excuses, delivering perfectly every time.
Sloppy language undermines that immediately.
(Thank you Safari for putting a space in 'everytime'.)

You had me right up until I saw that you used 'along' instead of 'alone'. That threw the whole thing off for me.

Here's a tip. If you pronounce "your" and "you're" the same way, it's probably a good indication as to why you can't figure out which one to use.

Maybe in your neck of the woods. They are pronounced the same as each other in many places.

Yes, yes and yes. graduating from Journalism in college I learned just how important, grammar, spelling and using the correct work is. In 4th grade I was a terrible speller, but by the time I got my Journalism degree I had mastered it.

My mom was an English teacher in high school and although I would tease her with the use of "ain't", I got my sense of grammar and English from her. As a software developer, I follow some computer technical blogs and when I encounter a misspelling or grammatical error, I'll check their background to see if English is their first language or their second language; but that is not a reliable indicator.
Several years ago, I saw a Dennis the Menace Sunday comic where Dennis asked "Mom, can I have a can of pop?" and his mom said "It's May I have a can of pop?" and it went back and forth with Dennis saying "So, you want a can of soda too." I knew that comic strip would provide a light moment of levity sometime in the future. I read that comic strip as part of my eulogy to Mom; I also closed with a quote from Christa McAuliffe: "I touch the future. I teach."

Excellent article, of course, we need to keep track of our spelling, I still struggle to write everything correctly and damn spelling, if you are like me and are struggling, brother check this, https://preply.com/en/blog/how-to-advertise-yourself-tutor/ I'm not great at sharing but damn, I feel like its the right place, I hope I don't disturb