Capture One has evolved over the past few years to become the powerhouse it is now. With its newest release, it turns into even more efficient software, thanks to the addition of Capture One Studio.

Today, Capture One released a new major version with 12.1. For current users of the software, a few improvements have been made. The most noticeable is probably the addition of a Grid Tool replacing the previous grid menu. It makes the use of grids much more comfortable and efficient – which is always handy when cropping pictures or making sure the framing is perfect. 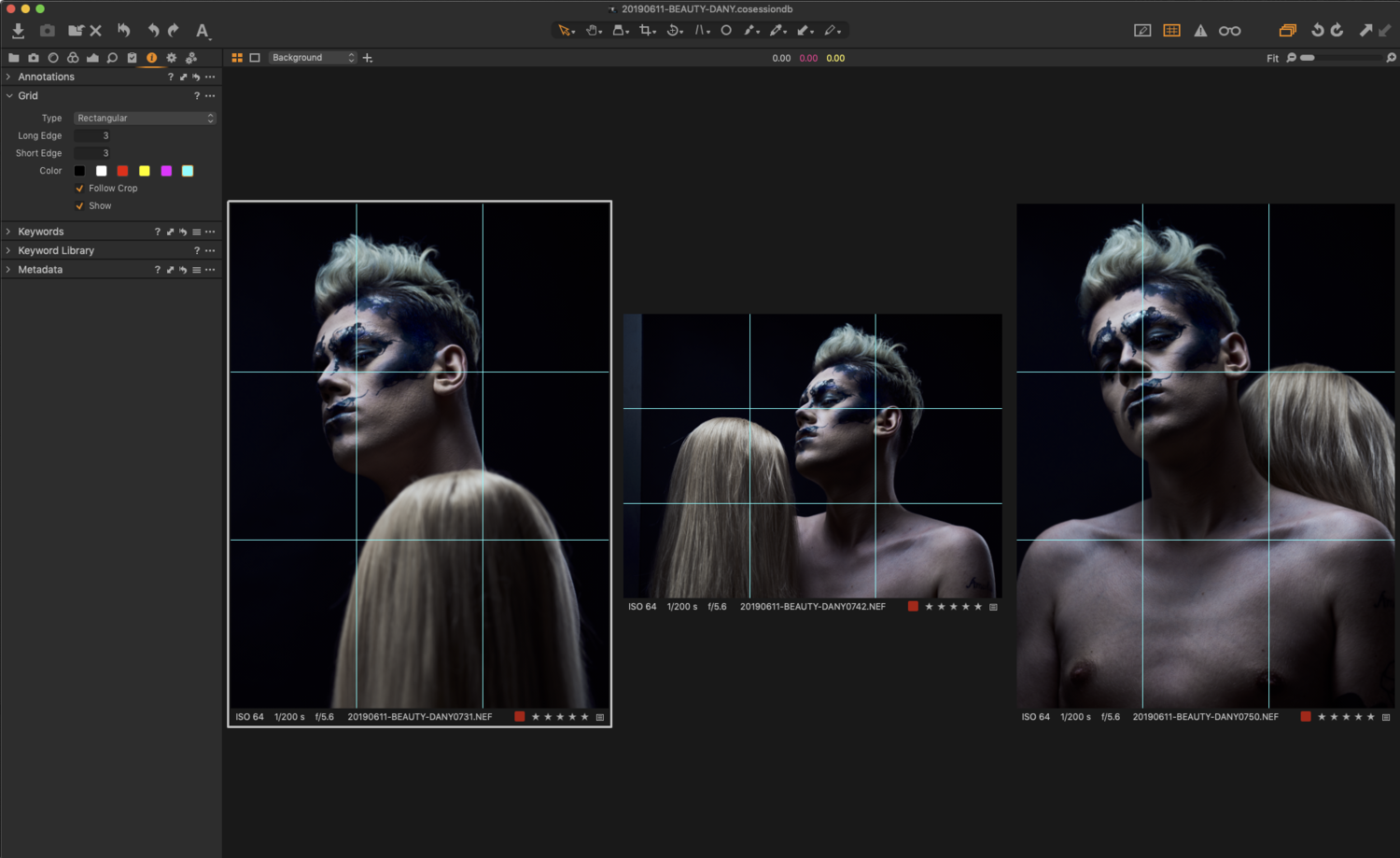 The Overlay tool is also enhanced with a few new features for more refined and precise adjustments, including the possibility to make the overlay follow the crop. It's also much faster and more reactive than ever before, making even the use of raw files as overlay quick and comfortable. I've been using this new tool while testing the beta on still life shoots, and it's been a delight to use compared the older version. 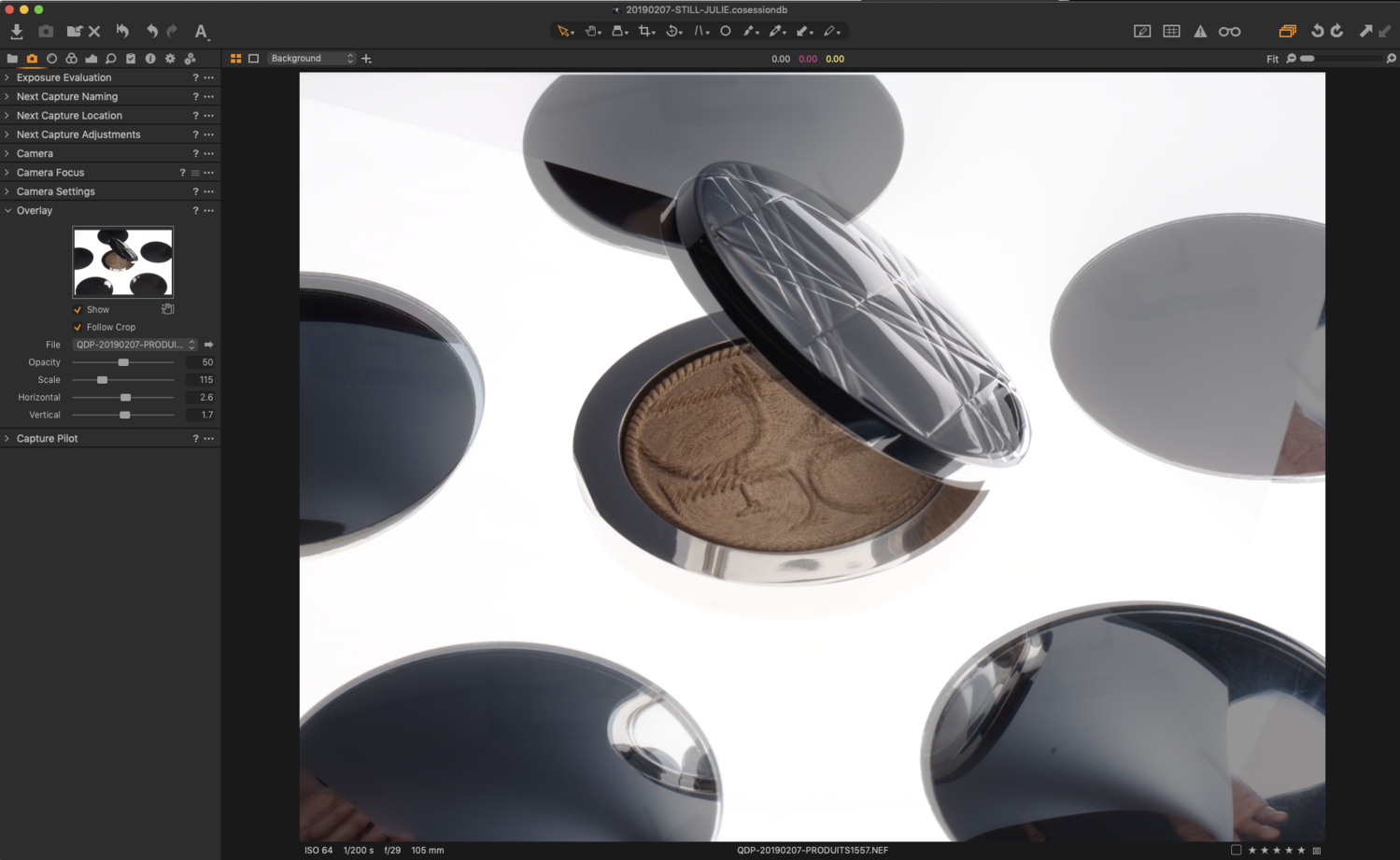 Fujifilm X-Trans users will enjoy better rendering out of their raw files, no matter if they work with the Pro, Pro Fujifilm, or Express version. The tethering is also improved for Fujifilm camera with the addition of zooming and panning in Live View.

MacOS power users will be happy to learn AppleScript coverage is even more extensive than previously. The 12 standard libraries now extend to the following properties:

These are the general updates, but the most crucial change with Capture One 12.1 is the addition of Capture One Studio. The Studio version was designed with businesses and e-commerce in mind. It includes specialists tools to have a secure and automated workflow. 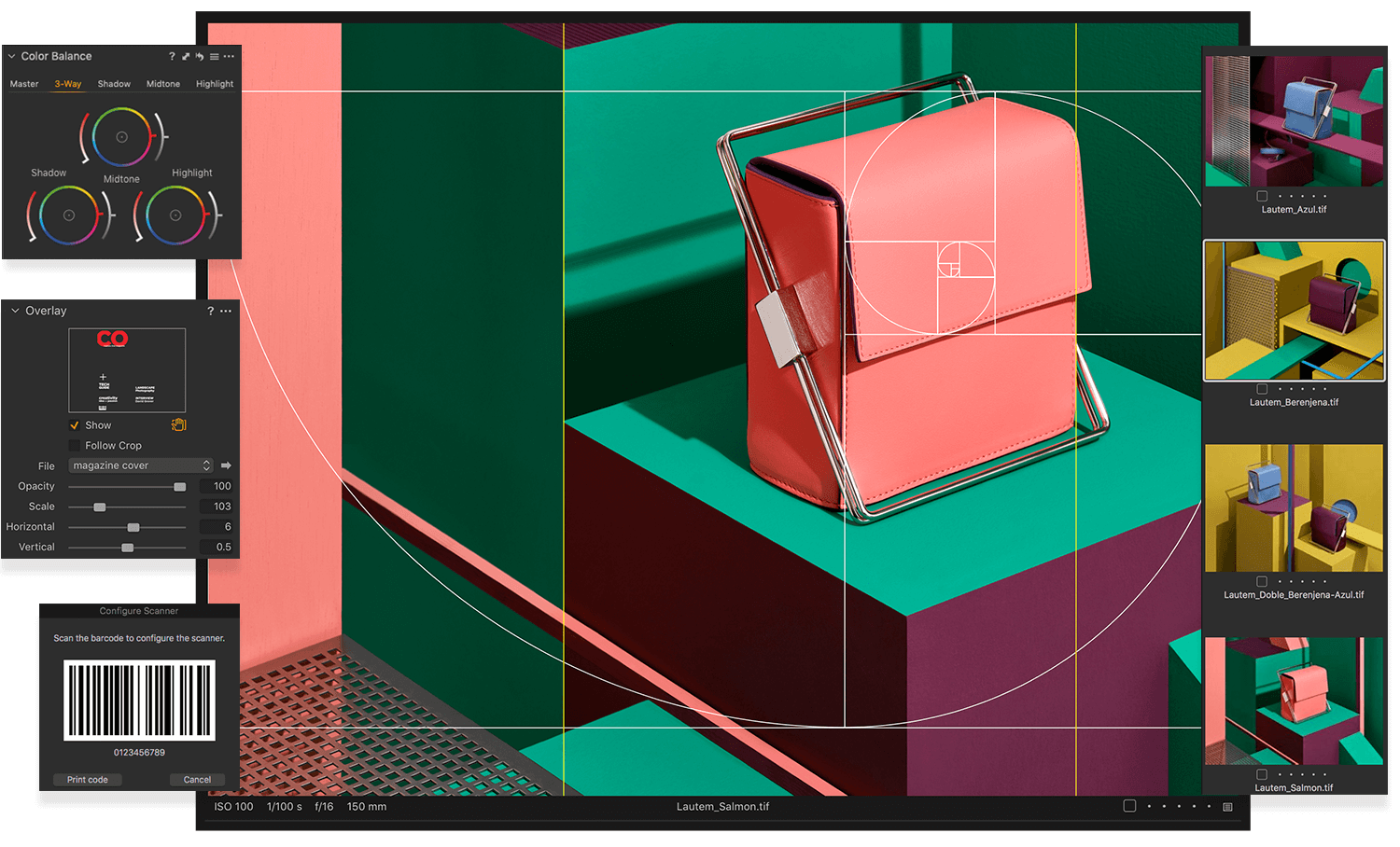 It comes with a Barcode Scanner tool to name files with the reading of the scanner. On MacOS, it can be pushed even further by relying on scripts to further customize the name using the barcode scanner reading. For e-commerce and retail businesses, this can potentially save a ton of hours spent renaming and matching files.

Additionally, the capture process can be improved thanks to the Next Capture Metadata and Keywords Tools. It makes adding and customizing metadata and keywords on the go very easy.  The tool supports the use of presets, presets stacking, and also metadata copying from the primary variant. These tools make the preparation of metadata and keywords possible before the shot or series of shots is taken. It can even be combined with scripting and the Barcode Scanner for a robust automated workflow.

Capture One Studio also comes with a Guides Tool. It looks very similar to the Grid Tool, but is dedicated to Guides. Guides can be saved as presets using this tool, and they can even be exported into your PSD as Photoshop Guides. I wish this feature were also included in the Pro version, as it would come very handy for still life photography or anything that requires precise alignments of multiple shots.

The Workspace is improved as well. As the Studio version is designed for large businesses and thus multiple users, some of the tools can be locked in place. The locked tools can only be removed or moved by unlocking them using an encrypted PIN code. It may sound overly protective, but those working in IT will know this could save a lot of time and human error!

Finally, last but not least, the Next Capture Backup Tool is finally introduced in Capture One. Until now, if you wanted to back up files while shooting tethered, you had to create a manual script, rely on external apps, or do it by hand. This integrated tool simply takes care of it. It copies the files to a second location, so you can shoot without worrying about data loss or your computer crashing. So far, this feature is only available in the Studio version. Hopefully, Capture One will make it available to Pro users as well, as this is such an essential feature for any professional photographer. I'd rather rely on Capture One for the backup than a third party gadget app or script.

Capture One Studio, just like Capture One Cultural Heritage, is a particular version targeting a precise market. For pricing and further information, you'll have to get in touch directly with Phase One.

12.1 is available on Capture One's website right now. It's free to users who already own a license and available as a 30-day free trial for anyone else. The update also corrects quite a few bugs for all versions, adds support for a couple for cameras and lenses as well. For detailed information regarding Capture One 12.1, Capture One Studio, and the bugs corrections, please you can find the fully detailed release notes here.

Education / March 22, 2017
How to Create a Cinematic Portrait Look with Capture One

The best and fastest just got better.

Just give me a damn before and after view! Also not sure if there's a history panel

They gave us a work-around few updates back. You basically hold down Alt + left mouse click hold on the Undo button on the menu. This also works on any module that has an undo button.

Why does it need a workaround? It's not hard to add a dedicated button. As for modules, the workaround is even less useful, you can't "turn off" multiple modules to see what your changes look like. The show/hide layer icon in Photoshop has existed since the dawn of time, it's not some novel concept but PhaseOne just refuses to acknowledge that. They are so stubborn sometimes, it's mind boggling.

Right! 12 versions and it's unreal that this software has so much but lacks an edit history.

So they actually removed the guide tool from the previous version, replaced it with the grid tool and moved it into the studio version ?!

UPDATE:
They still have them. Just found them again. Thought they were only in the studio version.

Guides are the same in the Pro version, as you apparently noticed afterwards ;) Guides only have been improved in the studio version.

Yes. I had 2 versions here and the guides symbol was not in the menu bar so I assumed they disimproved it. ;)

Do you know what additional guide features the studio version has ?

The only thing that I found compelling about the studio version is automated backup. This would make my backup software obsolete. At least for shootings.

I have tried Capture One and like it quite a lot. Not to mention is has the most accurate RAW render for my Sony gear. I am a longtime Lightroom user and would love to switch. Does anyone know any good detailed Capture One tutorials that I could benefit from checking out?

There's a ton of them on youtube and the main tutor for capture one is great at explaining.

Hi: Was in the same boat 18 months ago. Have not touched LR since! When it comes to learning new software, I'm a victim of muscle memory. What helped me tremendously is using a workspace in C1 that looked similar to LR. Navigate to Window, Workspace, MIGRATION. Once there, you can configure your C1Pro workspace to look virtually identical to LR. View all the tutorials you can. C1Pro is WELL worth the effort.

Whatever amount of time you decide to invest in learning it will deliver is spades and you won't regret your decision. There are many resources on youtube that can help you get a good start.

Also if there is a Phase One dealer in your area they have seminars and instruction sessions for Capture One, from the basic to the most advanced features.

Gerald, as many have already chimed in, i will agree, and leave it at that. Please be aware that you can reconfigure the user interface to approximate lightroom. Just an added feature to make the transition easier. I'm hoping this is of help.

Is there an ipad version or a way to run it on that. Unless i plan to professionally print my work i almost exclusively edit on my ipad pro. So far LR is the best at that. However, as lightroom ipad only export JPEG I have been looking to switch.

Unfortunately not. They only have the Capture Pilot app for camera control and image viewing but has no editing capabilities.