Successful Photographers Agree: Your Most Valuable Gear is Your Mind

I thought he was crazy at the time, but my college photography professor Richard Ross had little interest in teaching us the finer points of lighting and retouching. Instead he believed, “Anyone can learn those skills, I’m going to teach you how to think.”

Indeed the underlying foundation of any excellent image is the content or idea. Rarely does a mediocre idea that is lit well with cutting edge gear become the subject of acclaim. Like the saying goes- "you just can’t polish a turd."

Art Streiber, now at the top of his game, built his career on the idea that "concept is EVERYTHING. Gear and post-production follow the concept and are there to enhance the concept. Gear is a means to an end, not an end itself."

It's also easy to fall into the trap of believing that once you've come up with a great idea you need a lot of money or the "right" gear to pull it off. I’ve met wealthy trust-fundees who own a P65 and insane amounts of Broncolor lighting whose pictures are amateur at best.  But I’ve also met tenacious people from modest backgrounds pursuing genius ideas who are making it work on a budget.

Brenna Britton, photo editor at People Magazine, once told me “I want to see what photographers can do without a budget before I give them a budget.” Even now, working with some of the most sought after photographers in entertainment portraiture, "some of the greatest images have come from little budget, and a whole lot of good ideas and skill."

Broke but inspired, I created the image that launched my career in beauty advertising. I had no assistant. No money to pay anyone with. I called in favors on hair and makeup. I was shooting to an old Mac tower and using 3 Travellites. What I had was a solid concept:  I wanted the image to be about beautiful skin, but also reflect the concepts of happiness and close female friendship in a way that was relatable to a large audience. And because of this image (and some solid persistence), I was soon after booked by Bare Escentuals for several ad campaigns.

Sonya Revell told me, "Hannah, the subject in this image, contacted me to photograph her headshot. I actually offered her a trade: I suggested that I would give her a discount on the headshot if, in exchange, she would work with me on a personal project. I love to work with dancers and performers because they always inject a level of energy into a shoot and I wanted to convey energy and femininity within the urban landscape of Miami's arts district. I loved the graphic quality of the lines and I knew that she would really pop in red. As luck would have it, she had the perfect red tutu. I bought the over-sized red balloons at a prop shop and lit the scene - sans an assistant- with two White Lightening heads running off a Vagabond battery."

Art Streiber often gets the budgets we all dream of, but he still follows the idea of concept as king. "The magazine’s Director of Photography, Krista Prestek, and I brainstormed over the course of a week, searching for a smart and original way to communicate the techy / nerdy / geeky stereotype. We landed on the idea of putting the guys in a gymnasium setting, awkwardly dealing with their (stereotypical) athletic shortcomings. Then we flipped the equation and considered portraying them as strong and aggressive in the gym… and arrived at the dodgeball concept. Once we had fallen in love with dodgeball, the problem solving turned away from the conceptual and became all about the creation of a set piece, appropriate lighting and a decisive, active moment for the actors to play out."

So how can one come up with a great concept and follow it all the way through to an amazing image that will wow your clients and peers?

1.) Ask yourself what the objective of the shoot is. Is it client work? Is it a personal project? Who is the audience? What do you want them to think when seeing this image?  Don’t be afraid to run your ideas by trusted friends. And if you want to further your understanding, google “visual semiotics.” Thank me/hate me later.

2.) Start gathering reference materials relevant to your idea. If it’s a known person- how have they been shot before? What are they doing now? If it is fashion, look at the runway shows. What is trending now? If it is a brand, what is their demographic and what will those people find interesting? I find Pinterest to be particularly helpful for this.

3.) Figure out what is realistic given constraints like budget, location, wardrobe, etc. This is extremely important. If you cannot accomplish your idea to it’s fullest on what you have available to you, you probably shouldn’t try to do it.  Rework the idea for what is possible or come up with a new idea. Oftentimes, less is more.

4.) Go into “producer” mode. Book all of the people, locations, gear, props, etc needed for your shoot. Develop a lighting/execution plan. If you find yourself getting caught up in financial limitations, refer back to step 3.

5.) Shoot! If all of the above steps go well, shoot day should be relatively stress-free. Or at least free you up to deal with the inevitable last minute drama!

One day, you may be lucky enough to have the big budgets and all that comes with it. But regardless of how much money and fanciness you have, the most important gear you have is your mind and the concepts it comes up with.

Corina began her career as a magazine photo editor and producer in the entertainment world working for the publication Movieline's Hollywood Life and then later The Hollywood Reporter. As a photographer her clients now include Bare Escentuals Cosmetics, Ardell Lashes, JBrand Jeans, HBO, Ultra Records and more. 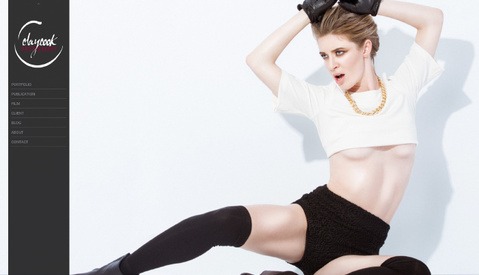 Apps / November 11, 2014
Your Website Weaknesses And How To Improve Them

Good post Corina, iv'e always said "you don't need eyes to see....you need vision" i expect someone said it before me but what the heck

I wonder if I'd get enough for my mind to buy some new lenses?? Great article :)

This is true for pretty much any creative field. Thanks, great post!

This was an awesome post defiantly see myself coming up with concepts for future senior portraits. Thank you!

Yes, it's not the gear, it's the photographer

Yadaa yadaa though, I bet none of them shoot on Sub $1000 camera's..but still!

Honestly, if you can't get a great image out of a t2i, you probably can't out of a 1dx either...

I think great gear just makes your life easier (and projects an image of being a pro).

Good gear can make life easier and make you look special. I will even rent a Phase when I really want to impress people. That said, if you have a great idea, you can make a great image with almost any camera and/or gear. :)

Of course but I have heard of agency's checking the Exif info to make sure it was done with a Canon 5D MkIII or something of that ilk.