Accidents Happen – 5 Items That Can Save Your Shoot

I’m always one to preach the importance of prevention and preparation before walking into a photo shoot, but there are some things you just can’t prepare for. The more you shoot the more you come to find that gear will tend to fall apart after a excessive number of uses... and abuses.

There are a lot of “moving parts” that go into successfully creating an image or video. Although, you’re more likely to find the following items at a local hardware store, they are necessities to help keep a “sinking ship,” a.k.a. your shoot, afloat in dire circumstances.

It never fails, nearly every shoot there is always something in the need of a DIY tape job. Take for example a recent shoot for a local publication cover, I needed to cut out the blue cast caused from a pool and decided to use a white reflector for bounce. Unfortunately, we did not have reflector arm or a way to rig a scrim over a pool, without getting in the water. So, my assistant improvised and created a web of gaff tape that resembled something out of Spider-Man, which hugged the white diffusion disc to the boom-stand. It wasn’t pretty by any means, but it worked and got the job done. Normally, I would carry a piece of gear to handle that issue, but you can’t always predict what provisions might need. I’ve had to tape cameras, tripods, radio triggers, light stands, sandbags, scrims, speedlights etc. You name it, it’s probably been repaired on location with tape somehow and in someway.

There is nothing worse than that awkward silence that you could cut with a knife. A shoot without music can be long, draining and you may not get the results you set out achieve. Despite what you might think, music can directly affect ones attitude and expression. I never leave the studio without two sources of music. If you’re on location, grab an iHome iDM8B Bluetooth speaker, which I use in conjunction with Spotify to keep the energy high. Consider others musical tastes before yours, get them dancing, get them laughing, and offer the chance to "be the DJ." Keep the music high energy and upbeat, but don’t blow out the speakers with Skrillex all day.

When I started using canvas backdrops from Oliphant Studios, I had to purchase quite a few steel clamps in order to support the weight of the canvas on my background supports. But, the longer I owned the clamps the more uses I found for them. Such as rigging a diffusion disc to another modifier, clamping a scrim to a boom pole or latching a piece of foamcore to a lightstand and so on. A wardrobe stylist will show up with a truckload of clamps to pin and tighten up clothing, but I found the need to have them for photo gear and on the occasion when the stylist forgets his truckload! Trust me when I say, you won't think you need them until you have them.

Time after time, I’ve walked on to a set where people expect to go through 8 hours without drinking any fluids whatsoever. They show up with a suitcase full of inspiration photos and clothes but forget that the necessity of human life is water. Unless you have a creative director on set, it's up to you, the photographer, to take charge and provide the right amenities, whether that be water, snacks, catering or spirits. Water not only plays a crucial role in sustaining hydration, but can also save the day in the case of fire or an incident with sand, dust or dirt.

Normally, I always bring the right luxuries to handle the job comfortably, but I recently failed to do so and paid for it. Here I am stuck on location, 1:00pm on a hot summer day, about half a mile through treacherous wooded forest with zero water. 4 hours later, my mouth felt like the Sahara desert and I could sense my attitude shift to a very foul mood. Out of the 12 people on set, no one had anything to drink or eat. The last resort was to grab some river water and splash it in my face. I felt like I was on “Survivor.” The shoot happened and the results were phenomenal, but I learned a very important lesson that I won’t soon forget.

When working with big teams on large productions, I never realized how handy two-way radios actually are. I may be on a completely different side of a building or set in correlation to where the style team is preparing looks, instead of a 10 minute walk or a phone call just to fetch a model after pre-lighting, a quick radio call can cut that time to nothing. Save yourself from walking back and forth and you’ll recover tons of time on set. They’ve become so imperative, that I’ve made it a habit to bring them on nearly every shoot, whether I have a team of 3 or 30.

These are mostly items that an assistant would be in charge of gathering and maintaining. If you don’t have access to a trained assistant or don’t have the budget for one, bring on a friend to help you carry equipment and relieve some stress. That way you can focus on creativity and capturing the right image, in turn making your client happy.

I could go on and on about an assistant’s "toolbox" such as screwdrivers, batteries, a blade, pliers and apple boxes, but these items above are practical that can sometimes play a vital contribution to your on-set experience and your clients experience. And, they may seem like simple, stupid recommendations, but they are items that you’ll find yourself and your assistant using time and time again. Similar to accessories like an neutral density filter, prism or fan, they might sit in your studio or camera bag collecting dust, but you never know when they might become pivotal to capturing the right image in the right circumstance.

Whether that be taping a reflector to a light stand or just having a few comforts on set, it all plays a role. Accidents will happen, so have some insurance too!

Great tips, I also bring sweat towels/paper towels
They come in handy especially for outdoor weddings for both those being photographed and photographers!

Thanks for reading Christian! A sweat towel is a must-have for me for sure. It's all that creative energy!

TAPE
I always have gaffer and packing tape. Packing tape is real useful for patching up a ripped wedding dress from under the dress.

SILLY PUTTY / BLUE TACK
A bit of tack is always useful. You can always use it to stop wedding bands from moving when you are doing ring shots. 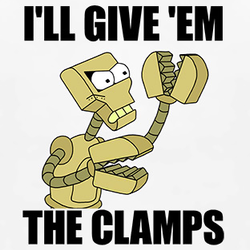 One thing that always helps me is, I printed a bunch of photos (10 pics per pg) of a variety of poses to give to a model to help her break out of her shell, before shooting.

Having a mood board is always a great idea to share before a shoot! Keep up the good stuff Josiah!

Cool! I've used a plastic bag before to create the "ethereal" look! Thanks for reading!

A backup camera is an essential item to have on set, for sure! A garbage bag or raincover is definitely an great prevention tool. Thanks for reading!

I totally agree with your suggestion to always have music on set. Keeping the talent and crew happy and energized is critical. I use and recommend the Beats Pill XL -- it has a big handle, it lasts 15 hours on one charge and it rocks!

Awesome Joel! Thanks for reading! I'll have to look into one of those. The iHome lasts a solid 10 hours, but not 15!

The Verge has a series called This Is My Next and they just said the Beats Pill is terrible. Especially for the price. They said the best was called the Logitech UE Boom.

I have the Bose Mini Soundlink, and it's pretty awesome as well. Haven't used the logitech but the Beats Pill is definitely pretty awful (for the price!)

On location bring a USB battery charger. I like the AlienBee Vagabond II, power for strobes, phones, whatever.

Great point. I definitely use my Vagabond for multiple devices.

Always bring extra deodorant. I think that's the first thing I pack these days, especially in NYC when it can be easily over 100 degrees on the street.

Good tip! Along with a sweat towel! I used the hell out of one on a shoot this afternoon!

One of the things that I have ALWAYS brought with is snacks. When I was studying theatre my professors always recommended that we share a meal with the rest of the team. Not only does it give you something to talk about, it builds a relationship. Especially important when working with new people!

Snacks are a must have, along with water! Thanks for reading James!

Great tips. The problem for me is when I show up to a shoot with the gaff tape but forget the memory cards. :-(

Thanks for reading Kevin! Perhaps gaff tape a memory card to the gaff tape roll?

great list. People always wonder how the clothes look so good in fashion… it's the clamps

Thanks Dani! Totally! It gets crazy sometimes!