NASA recently released beautiful color photos of Pluto's moon, Charon, taken by the New Horizons spacecraft just before its closest approach on July 14 of this year. The photo shows an extraterrestrial object with a complex and storied history.

NASA thrilled us with its striking images of an alien world at the edge of our solar system. Now, they have done it again, releasing images of Pluto's moon, Charon, which combine blue, red, and infrared images taken by the spacecraft, from which the colors have been processed to provide maximum acuity of the surface features. The first image reveal details as small as 1.8 miles on the moon, which is only 754 miles in diameter, compared to the 1,474 miles of Pluto and 7,918 miles of Earth. Nonetheless, at more than half the diameter of Pluto, Charon is the largest satellite of any planet in the solar system, relative to its respective planet.

We thought the probability of seeing such interesting features on this satellite of a world at the far edge of our solar system was low, but I couldn't be more delighted with what we see.

One of the most prominent features is a canyon that spans much of Charon's surface and is four times longer than the Grand Canyon and twice as deep in some areas. 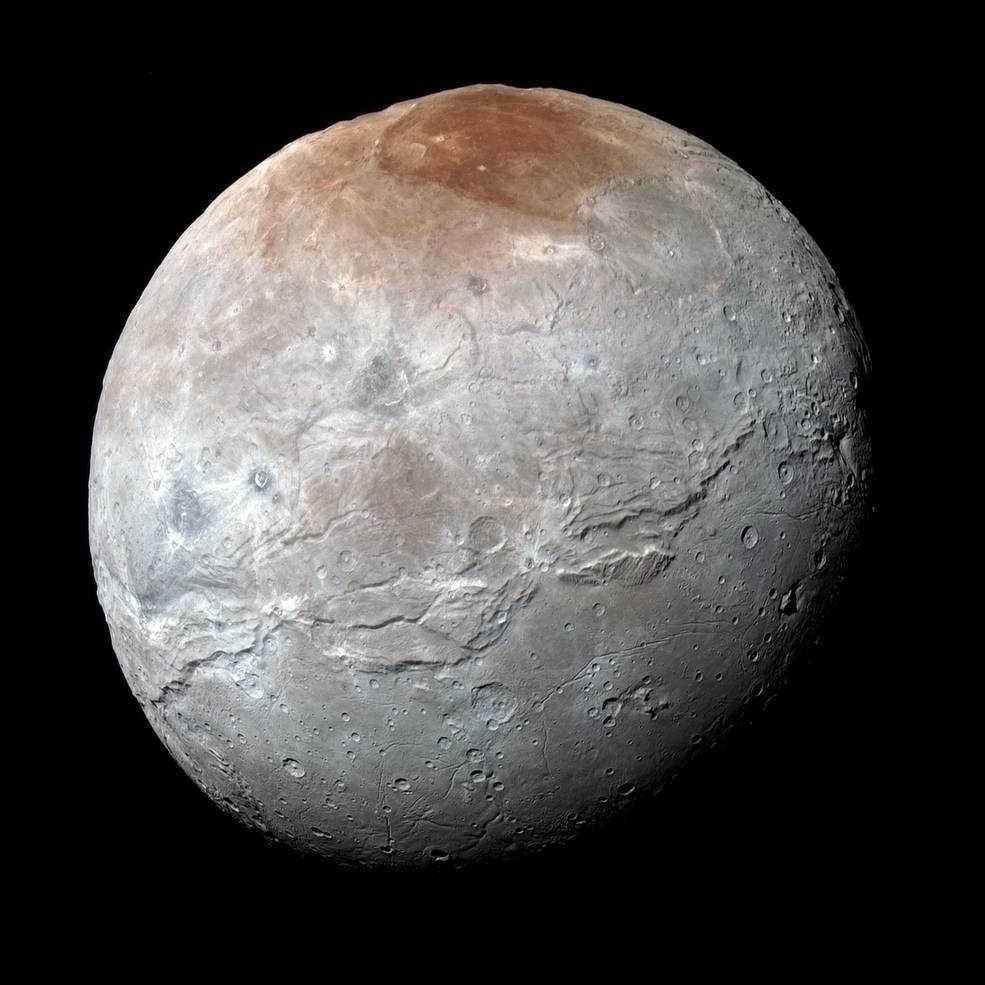 The first of the recently released images of Charon, showing details as small as 1.8 miles.

This close-up shows details as small as 0.5 miles. 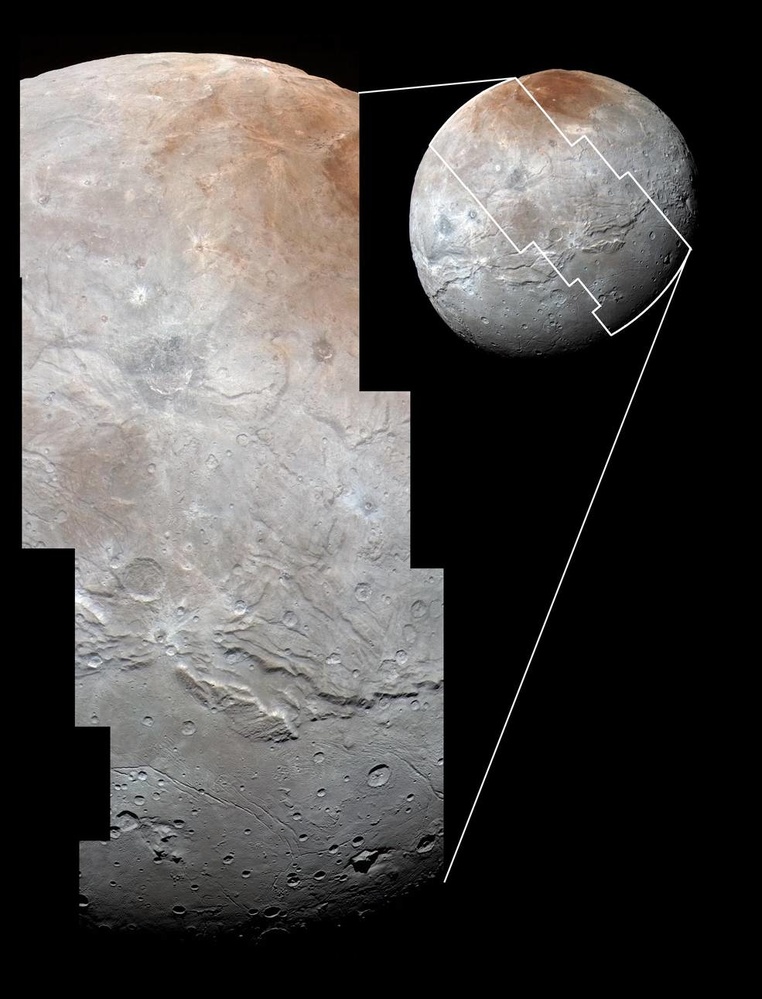 The Long Range Reconnaissance Imager took these images, which were overlaid with those from the Ralph/Multispectral Visual Imaging Camera to give resolution as small as 0.5 miles.

Perhaps my favorite in the series, however, is this beautiful composite of Pluto and Charon, in which both were processed in exactly the same fashion to allow scientists to make direct comparisons between the two. 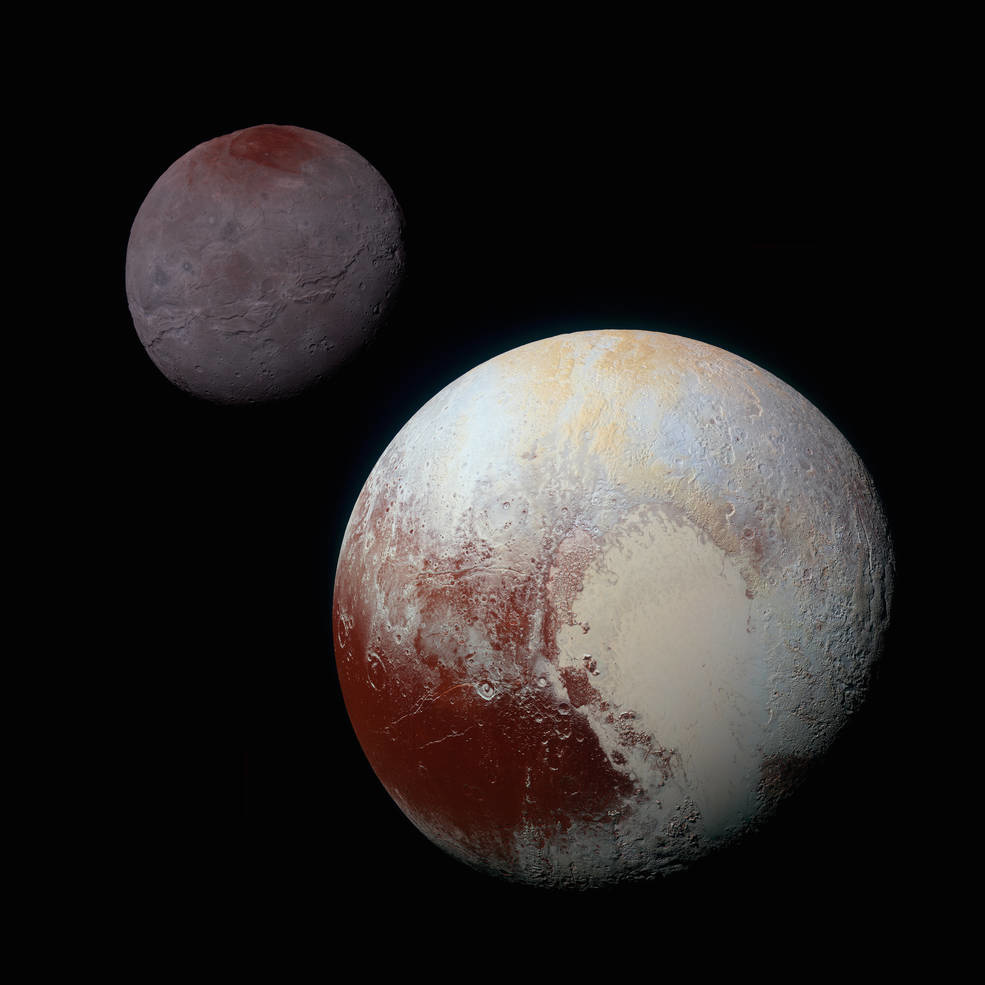 This composite of Pluto and Charon is breathtaking.

NASA has also used images of Charon to create this flyover:

Unbelievably, NASA says the best is yet to come, with images of higher resolution coming as New Horizons continues to transmit data over the next year. We're in for quite a treat.

All images credited to NASA/JHUAPL/SwRI

WOOOWWW! I love space. Great job! All around. Everyone. So awesome.