Are the Quasar Science Q-LED Lights the Best Video Lights for Your Money?

Whether you are a photographer or videographer, more and more content creators are adding constant lights as their go-to lighting setups. Quasar Science recently released their 30-watt T8 bulbs with raving reviews, and today, I explore six useful lighting setups you can build with four lights under $80 each.

If you watch the Fstoppers Youtube Channel, you know that Lee and I have gotten to play with a lot of different lighting gear over the years. A few weeks ago, my buddy, Keith Bradshaw, told me he built the ultimate DIY LED light panel that I had to check out. He even went as far as saying his homemade light panels were better than our expensive Westcott Flex Cine 1x3 Lights (which are part of the Peter Hurley Flex Kit). Our lights cost about $1,400 each, while his light, which is a foot longer than ours, was apparently built for only $330 total. Of course, I was a bit skeptical, so I told him to bring the light fixture down to the studio and we could compare them.

I had never heard of the brand Quasar Science, but apparently, they are a well-respected lighting company, and tons of people have been reviewing their LED T8 bulbs online. Quasar makes a few different versions of these bulbs with the most basic ones, the Q-LED, coming in a single 3,000 Kelvin or 5,600 Kelvin color temperature. The next step up is their X Crossfade lamps, which allow you to switch between tungsten and daylight temperatures (2,000K and 6,000K). Perhaps the most impressive lights were just released this year, the Quasar R-Rainbow LED lights, which use RGBX LEDs that can create any color in the rainbow. These also have more controls, such as hue and saturation levels and can be controlled wirelessly or through DMX controls. I'd love to try out these new lights, but Keith's rig was built around the basic 5,600K bulbs. Also, each of these series of LED lights comes in different lengths ranging from 2', 4', and 8' depending on the model and series of lights.

I've never really used any other T8 lights, before so I've made a short little list of the features that make these lights super useful and interesting.

If you watch the video above, you can see how Keith built his homemade fixtures for these lights. Basically, he mounted four Q-LED 4' lights to a small piece of plywood using 8 T8 clips he bought off Amazon (he has since added a few extra rows to make it even more rigid). The whole rig was then mounted to a 3" Baby Pin Wall Plate so he can easily mount the light to any C-stand or grip knuckle. All four lights are then plugged into a small power strip and controlled with a Triac Dimmer.

As mentioned in the video, I used to enjoy making my own DIY gear back when I first started out in photography. As the years went by and my business grew, I found myself appreciating professional gear that was well designed and built for everyday use. However, professional gear almost always costs more, and depending on what your needs are, sometimes you really can build something that is as useful and maybe has even more versatility than the more "professional" options on the market.

After playing with Keith's "Kino Flo Killer," I have to say, I was pretty impressed with how simple this light is to use and how powerful these four bulbs are when combined into one single light. When compared to our Westcott Flex 1'x3' Cine Kit Led Light, the Quasar light did seem a little less even, probably because the Westcott light is a little wider and has a built in diffusion baffle over the LED lights. That being said, the Quasar lights are a full foot longer, so you do get a bit more even lighting if you are shooting full body or you are framing up a 3/4 portrait. If you were to add a fifth or sixth bulb, you wouldn't really be adding much in terms of power, but you could probably make the light even more even and soft. Of course, you would also need a larger power strip, and the overall light would start to become a bit heavier than the Westcott light too.

The biggest problem with all of these LED panel lights is that they really are only good for one type of lighting: soft, even lighting. If you want to create a hard light or if you want to add modifiers to your lights to shape them in useful ways, these panels leave a lot to be desired. For this reason, we have bought quite a few Fiilex P360 Pro LED lights, which let you add Profoto modifiers to them for harder and more specular lighting options. However, at $795 a pop, these lights are pretty expensive for what they do.

That being said, these lights are super cool and extremely affordable at just $75 each. I can also see them being really useful in tight spaces like lighting car interiors or building a small set in your home. While these lights aren't quite bright enough to be super useful outside, a single bulb is plenty bright if you are shooting at f/2.8 at ISO 400-1600. I also like the idea of being able to pair two to four lights together to get one strong light source, but then also being able to break the lights apart to be able to build something more complex if I need the flexibility.

Hopefully, I can get my hands on some of the Quasar Science Q-LED R-Rainbow LED lights, because those things look super interesting, but if you just need a simple light than is balanced for daylight or tungsten light, these Q-LED lights are definitely worth checking out. 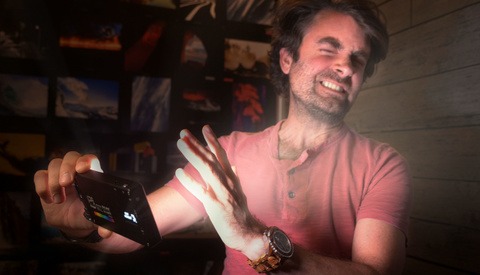 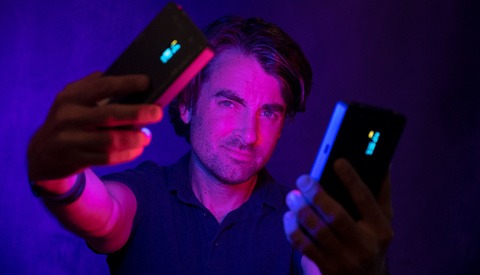 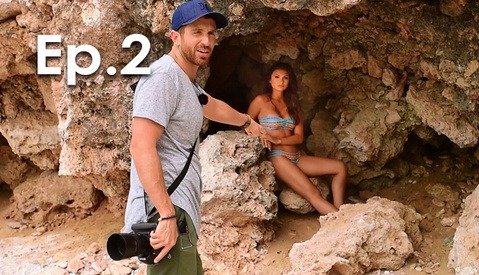 Great lights.
Here's the set up I used for a Pride video.
Lights are gelled. 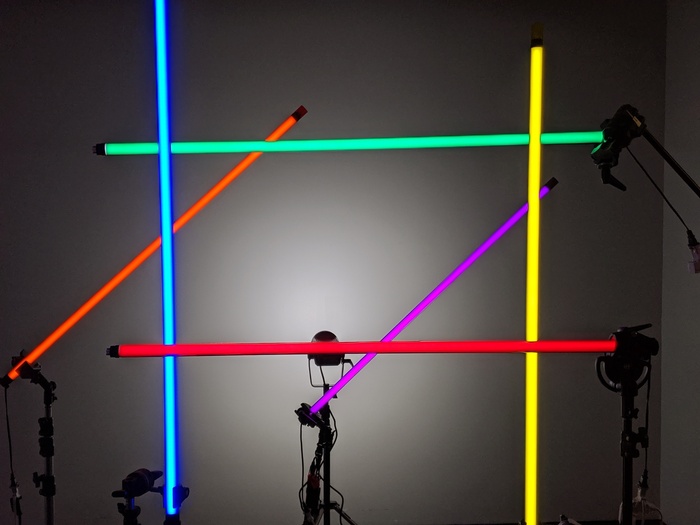 Neat, but what was the result?

I love these lights. They are great chip/hair lights, and they are a great way to make an interesting background element. But I think they will always fall short as a key light. Nothing beats a single point circular source.