Photographing a Concert With the Nikon D5

Canon and Nikon have always had their single digit models at the top level of performance. From the original D1, bringing a professional digital camera to the world that didn’t require a separate backpack for a processor, to the D3, Nikon’s first ever full-frame body, this series of cameras has pushed the envelope of what a camera can do. The Nikon D5 not only pushed the boundary, it has demolished any previous limitation that I have found in a camera.

I don’t believe that better gear makes better images. It certainly helps, but only if you know how to use it properly. I’m certain that any professional photographer could take a better photo on a low-end DLSR than any amateur with the latest and greatest ultra-high resolution full-frame. It comes down to technique. However, there are some situations where certain cameras just can’t perform. Sometimes, there isn’t enough light to find focus, much less produce a clean, noise-free image. The D5, however, can seemingly conquer everything. From the incredible dynamic range (as great as I’ve ever seen from a digital sensor) to stunning clarity up to ISO 51,200, I never found it to not be enough. In fact, it’s capable of far more than most photographers will ever ask of it.

I’m going to keep this short preview of the camera focused on one instance that I used it for. I had the camera for just a weekend, so this is no longterm review, just a glimpse. I decided to really put the low light focus and noise performance to the test with one of the worst lighting situations possible: an EDM show. A couple DJs, some bright spotlights here and there, and an overall very dark club make for an interesting set of circumstances. While there was no motion fast enough to really put the focus speed to the test, the focus accuracy was my big concern in such a dim environment. This turned out to be an unfounded worry, however. Out of a little over 1,000 shots, I only missed focus on 20-30 frames. A lot of those were my fault too: I misplaced the focus point before lifting the camera over my head to take a crowd shot.

Let’s take a look at the low light performance. Because of the changing light, I was shooting at anything from ISO 1600 up to 102400. I left the camera on auto ISO for the night. Here's a shot at ISO 5600: 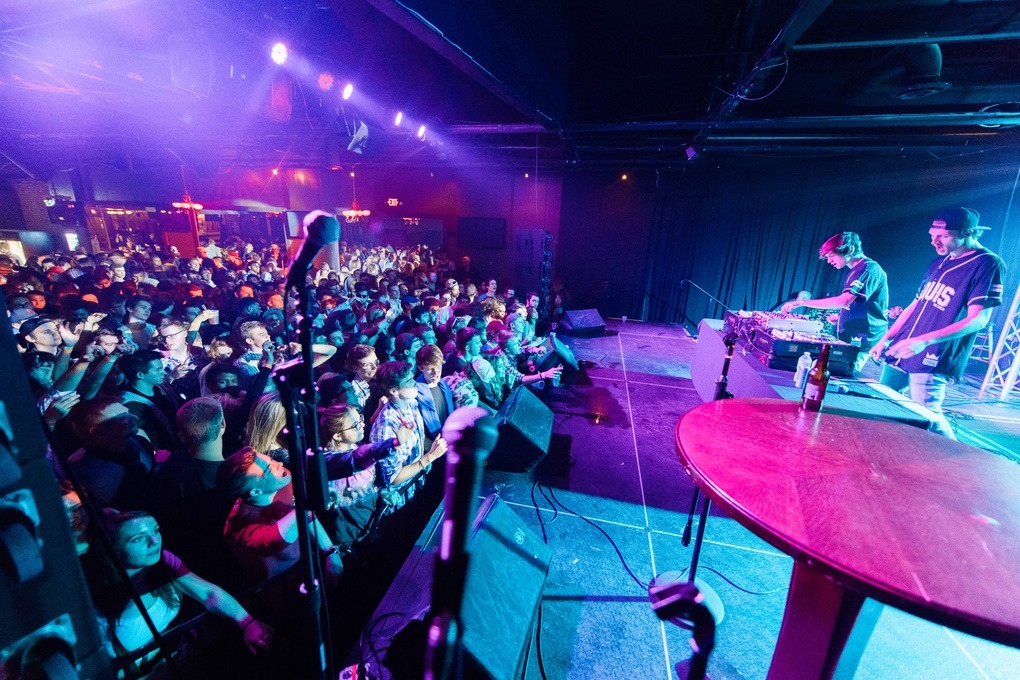 That’s entirely reasonable quality for journalism, sports, or concert photography. Sure, for fashion or portrait work, it won’t cut it, but why are you shooting portraits at that level of sensitivity to begin with? Here’s another shot at ISO 6400: 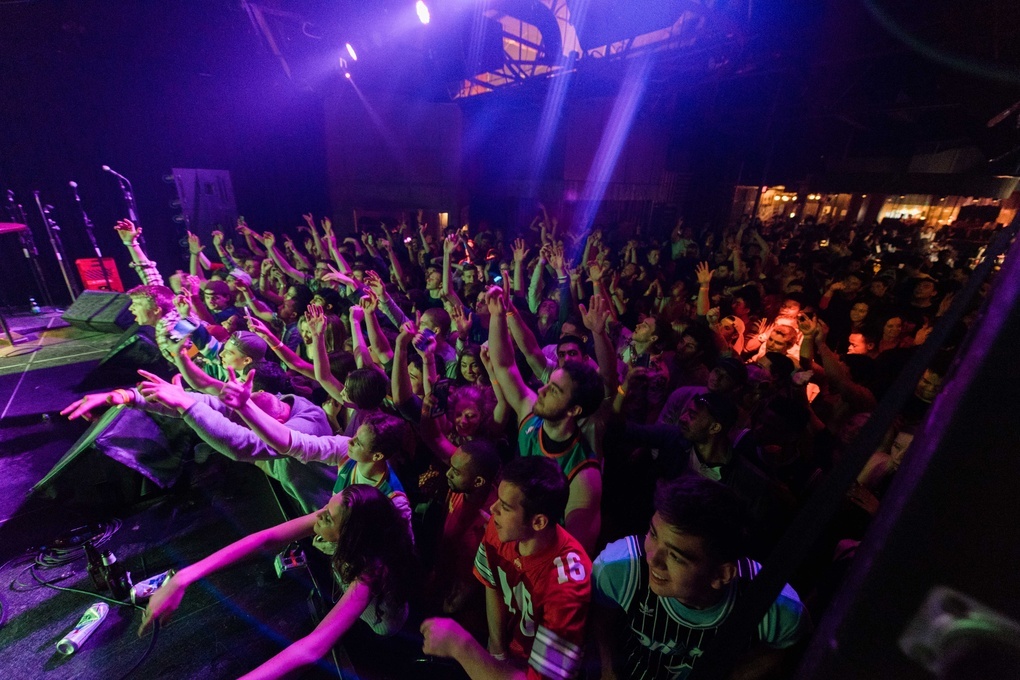 The D5 is absolutely incredible. For the photographers that need it, it will absolutely perform. I would venture to say that it’s a game changer for the photo world. Below, I have included more images that I shot at the concert. Most of these images were shot above ISO 12800. The black and white images were processed using the Mastin Labs Ilford film presets, so there is grain added in post. Overall, the camera is certainly capable of shooting in conditions that I never thought possible. The battery life is substantial, the build is world-class, and the speed is unlike any other. If you’re considering the D5, you won’t be disappointed. Pick one up here.

These days, ISO levels are just insane! My Canon A-1 maxes out at 12800; my F-1N maxes out at 6400. And I have to have the film push processed; that's with B&W film. Plus, I have to stick with that ISO for the entire film.
I've read the specs on the D5 and the ISO range on that camera is incredible!
DSLRs are great with the ability to change ISO midstream.

Incredible how well it performs over 6400 iso, wow. A+

Something I was blown away with was the ability to focus in the near dark. It's insane.

"I don’t believe that better gear makes better images. It certainly helps, but only if you know how to use it properly. I’m certain that any professional photographer could take a better photo on a low-end DLSR than any amateur with the latest and greatest ultra-high resolution full-frame. "

Somebody took one too many arrogant pills today? How about I never saw a professional concert photo that didn't look like a snapshot, to add balance to your opinion?

Yep, I agree, these pics actually look pretty amateurish and boring in my opinion

I agree with what you and Alex stated. These pics are really poor amateurish snapshots. Clearly, no talent exhibited here. Then again, perhaps the writer is proving his point when he wrote, "I’m certain that any professional photographer could take a better photo on a low-end DLSR than any amateur with the latest and greatest ultra-high resolution full-frame." Given these poor images taken on Nikon's flagship D5, the writer is 100% correct in this regard!

What is overlooked is how much this camera costs. In Canada it is $8500 + tax = $9600. I don't think many concert shooters will be mortgaging this camera.

First off this is the exact place you'll see this type of camera.. in a dark, constantly changing atmosphere. Not just on the sidelines of a game.

Second, this camera is for the working professional that needs ISO performance, reliability, and more. So if your business is photography then the cost shouldn't be an issue.

Sorry to disagree with you but the concert photographers choice of camera is generally the 750 or 810.

Gear is not the be all end all, but when shooting concerts with high ISO gear can be a big difference maker. That being said, and I hate being an internet troll, but those concert pics there look like an amateur with an expensive camera took them...

To be fair to the poster it doesn't exactly look like the greatest concert in the world to be photographing in any case.. Two fellas on an empty stage with a crappy table and a crap selection of lights playing with a turntable is a pretty unremarkable subject. In fairness the quality of the photos (which is the issue being discussed) does show off the cameras capabilities quite well. At 7,000 Euros here in Ireland I won't be rushing off to buy a couple of them anytime soon though !! Some day........ In far away dreamland........

"The D5, however, can seemingly conquer everything. From the incredible dynamic range (as great as I’ve ever seen from a digital sensor)" According to DP Review and a few others who have tested the camera, the dynamic range on the D5 is rather low. Definitely a step down form the D4s and even lower than the new Canon 80D. The camera is tuned to higher ISO performance.

Auto ISO in a concert? :-/ That's strange. Also, first 2 images in the last 6 batch are from a D3, at least that's what the EXIF says. 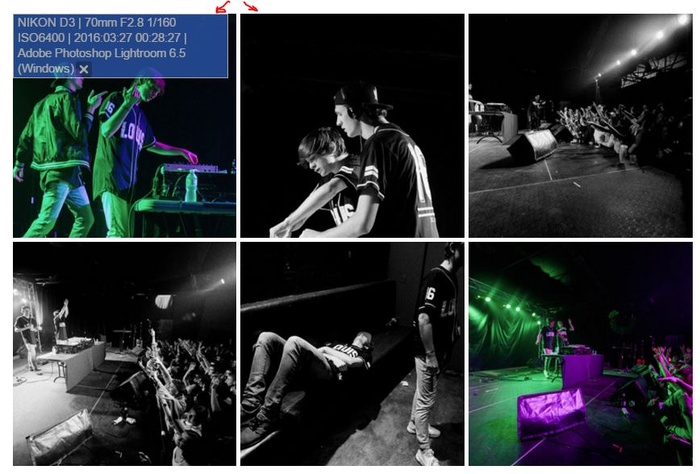 It's an amazing beast for any concert. I thought the D3S was good (and it is) but this is better. Shots you can deliver to a client at 25,600 ISO is pretty crazy. It tends to meter a little differently than the D3S so I've got some learning ahead of me but I'm really happy with it.

I'm a professional dance and stage photographer. I use a D4 and a D750, both of which max out at about 12,800.
Some of my shots are taken under the most lurid stage lighting imaginable, where the stage is semi dark or spotlit and dancers are doing contemporary dance routines where they are moving at high speed. It would be great to try a D5, where, apparently, focus tracking is incredible and ISO values up to 102,400 are pretty usable. Unfortunately this gig doesn't pay very well and unless some kind benefactor is up to donating me 10 grand to buy one, it's going to be a D4s. 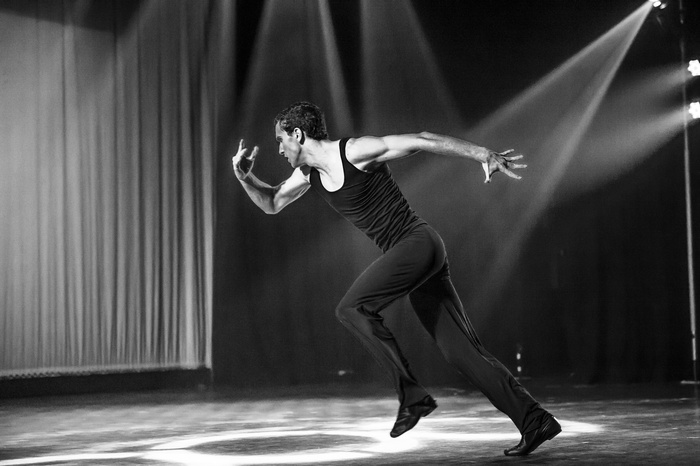 I'm afraid Auto ISO=Auto exposure- which is NOT the way to shoot concert work- too many bright stage lights and dark stage areas to fool the meter. Anyone who does this regularly (and produces top images) will be in manual- same for most theater/dance work.