For the past few weeks I've been able to play with the new DJI Inspire 1 Pro drone and X5 Micro Four Thirds camera and gimbal. The entire system is amazing but I have to admit that I thought it was a bit overkill for the average drone user... That is until I saw this video and realized the X5 works with the Osmo.

DJI put together an amazing short film that was shot completely hand-held with the DJI Osmo and x5 camera. When you put this little camera in a scene that has been professionally lit and styled, and then color grade the footage, it looks amazing. I always thought that the Inspire 1 Pro and X5 was a bit too large to use while traveling, but the X5 attached to an Osmo may be the most convenient video camera system I've ever seen. This system seems like the ultimate choice for wedding videographers who are on their feet all day and need to be able to run and gun quickly.

Below you can see an ISO test that we put together to compare the low-light performance of the X5 with a Nikon D750 and GoPro 4. Although the X5 will never be as sensitive as a full-frame DSLR, the little sensor is able to work extremely well even in low light and it is able to take stunning 4K footage which is far superior to our 1080p producing DSLR. 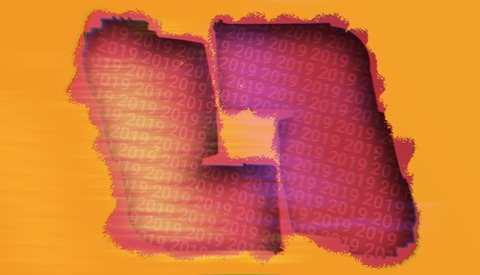 I saw this as soon as it came it, it looks absolutely gorgeous. How do you think the $649 version Osmo is? I know it's no X5 but is there decent DR? I was thinking of grabbing one myself, wish they were at PhotoPlus!

I'd love to test it but I haven't yet

I like the promo video and subject, controlled lighting is where this camera shines.

I've seen other tests and the limited DR, combined with a very compressed codec(60/mbs, 4:2:0 at 4K), hurt this camera for most daylight exterior shooting. At $2500 there are worse and better camera + gimbal options.

The X5R looks promising, though twice as expensive as the regular X5. But the 12.8 stops DR from the Cinema DNG at 4K should be a nice treat.

Do you have to buy them separately? I'd only be interested in the Osmo with the X5 so I wouldn't need the camera it comes with.

Have been really looking forward to the X5 Adapter for the Osmo. The footage is definitely great on the X3 for the price of $650, but not much better than you could do with an iPhone 6s. The big leap is definitely this Micro 4/3s camera - with interchangeable lenses to boot! Really excited to get my hands on it :)

I've been using the Nebula 4000 with the Sony A6000 (and A7S) for wedding videos and its been awesome being able to run around and quickly get amazing quality shots. This honestly seems like a great step up for bigger productions, I wonder how the battery life on everything is though.

Can anyone comment on using the DJI Focus with the OSMO X5? Or just focusing in general with the X5 Osmo? I can't make any claims but having used the OSMO I'm wondering how intuitive it is to use the controls on the OSMO, the controls on the cell phone plus now the focus system. And yikes, $999!~ But really love the OSMO and enjoy using it so hoping for some feedback.