How One Photographer Used Continuous Lighting to Photograph Actress Vivica A. Fox

There are several timeless photography debates that are fun to engage in but will probably never be resolved to everyone’s satisfaction. There’s film versus digital, zoom lenses versus primes, small compact minimalistic camera versus fully featured monster-sized pro camera, and of course, continuous lighting versus strobe lighting. This article will not seek to determine whether strobes or constant lights are better for portraiture, but we will take a deep dive into how one photographer used continuous lighting on a recent celebrity shoot.

Before we look at how photographer Isaac Alvarez used continuous lighting to photograph advertisements featuring actress Vivica A. Fox for the American Reality Television Awards, let’s examine a few downsides to using this lighting approach. One downside is that the output from a constant light source is not as bright as a flash. This means there are certain situations, such as outdoors or even in a brightly lit indoor location, where the ambient light will be visible with the artificial light you have added. This is not desirable. You don’t want an ugly green cast from a fluorescent light fixture affecting the look of a subject that you are trying to light with constant lights. Aside from not being as bright as a flash, constant lights tend to be bulkier and heavier and will require the use of heavy C-stands. Constant lights usually require AC power, and this makes them more of a hassle to set up, move, and reposition. The dependence on AC power can also limit the places in which you can set up. In some corporate shoot situations, you may have to have a conversation with a building manager before you can even plug in your lighting.

The other con is that constant lights are just that: constant. Having a bright source hitting your subject in the face for the duration of the shoot may be unpleasant for that person. This is especially true if there are no light modifiers in front of the light. When working with continuous lights, it is wise to find a balance between your own aesthetic needs as a photographer and the comfort of your subject.

With these negatives in mind, why might a photographer choose continuous lighting over strobe lighting? One advantage of constant lights is that they allow the photographer to see the result in real-time without taking a photograph. This is a major time-saver on a high-profile shoot where a dozen or more people are on set and everyone is waiting for you to make micro-adjustments to get the lighting right. Any process that can speed things up is welcome. When using strobes, it may only take a second or two to adjust a light, take a photograph and review it on a tethered laptop, but this can seem like an eternity when everyone on set is staring at you. Most strobes are equipped with modeling lights that are designed to simulate the effect of the final strobe look, but those modeling lights are not designed to overpower the ambient light in the room, and at best, these lights provide an imprecise vision of what the final image will look like. Continuous lighting is a major time-saver, and constant lights can assure everyone on set that your lighting is on point, even if they don’t have access to the images as they appear on your laptop screen or camera LCD. 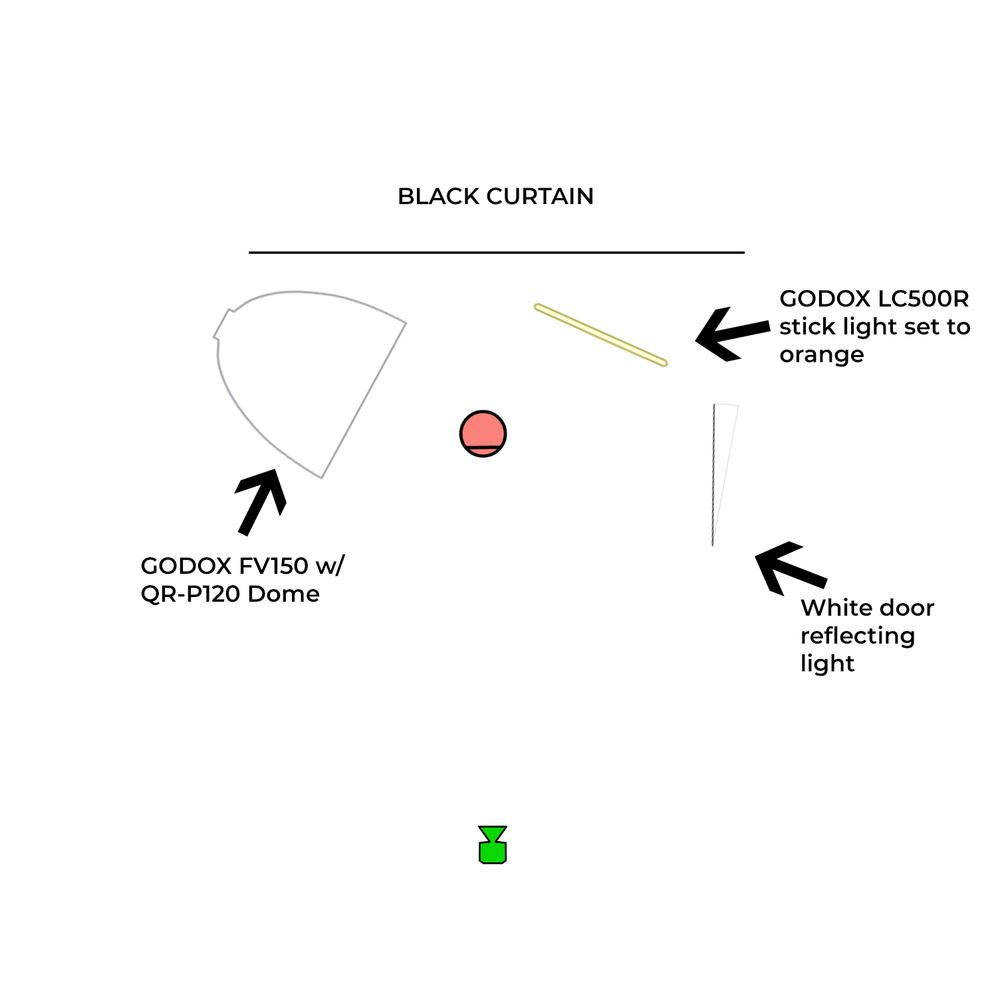 For the first setup, Isaac used a Godox FV150 with a Godox P120L Deep Parabolic Softbox modifier as Vivica’s key light and a Godox LC500R light stick as a hair light. A white door at Vivica’s side served as a bounce board to fill in light on the opposite side of her key light. Behind Vivica was a black curtain, which Isaac used as the backdrop to isolate the subject. 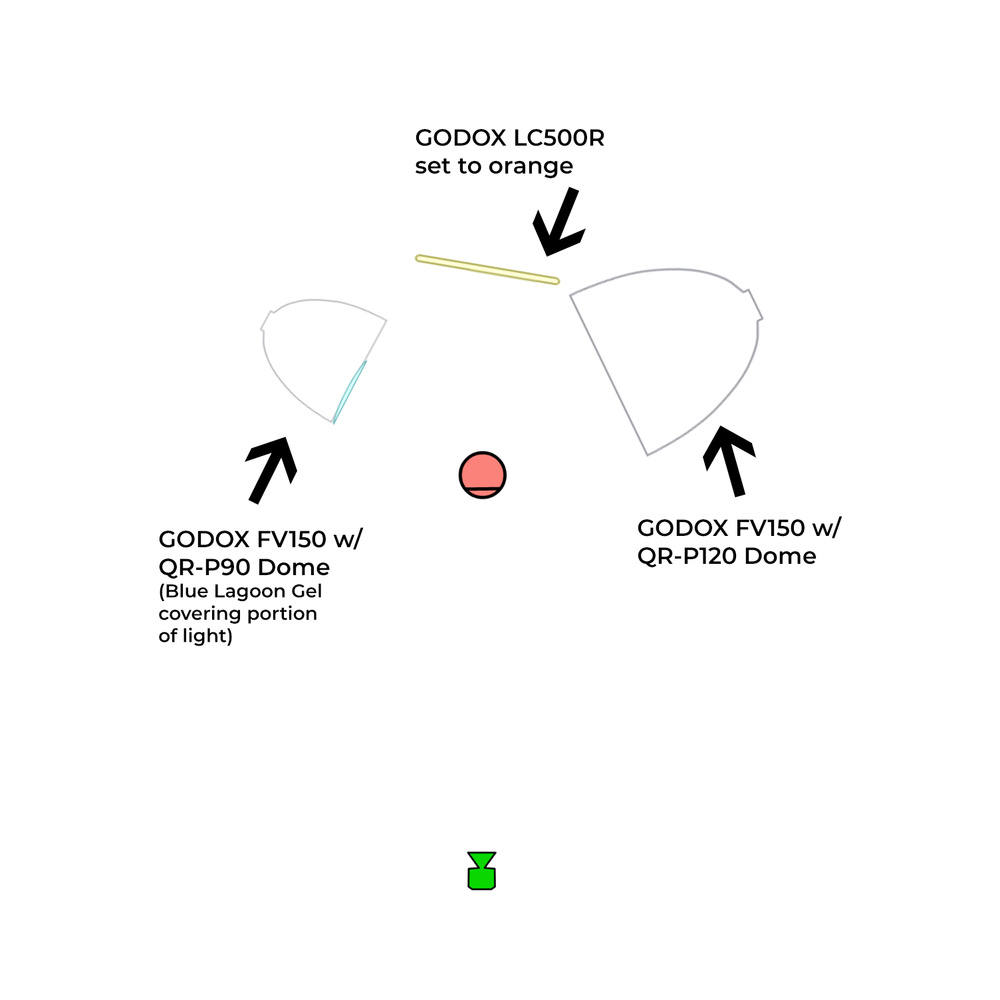 For the second setup, Isaac went for a more industrial look. He placed Vivica in front of power boxes, cables, and a ladder. The LC500R was used as a hair light again, while the FV150 with P120L dome was placed slightly behind her as a fill. Isaac set up another FV150 with a Godox QR-P90 Parabolic Softbox crown and a blue gel covering a portion of the light to give a slight blue tint to the subject. 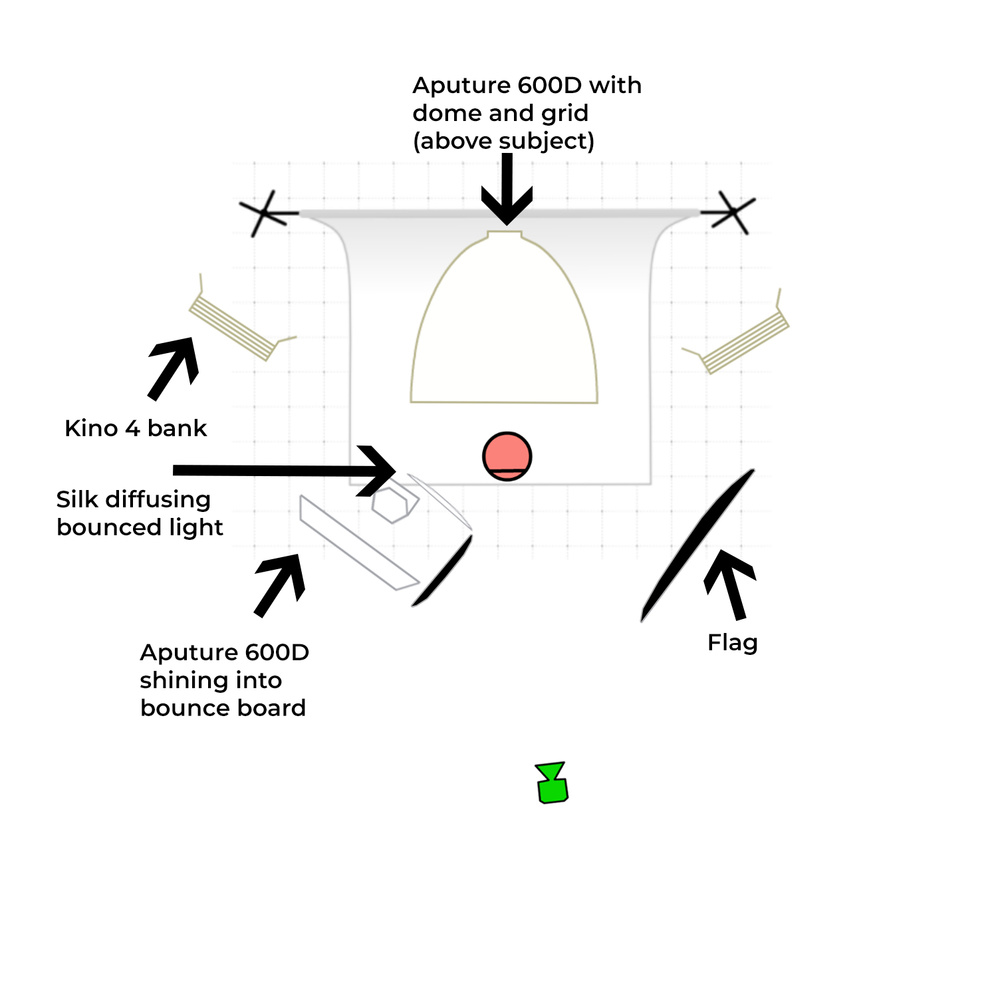 For the final setup, Isaac utilized continuous lighting that had been set up by a film team working on the same project. Two four-bank Kino Flos lights were used to illuminate the white backdrop. The key light was provided by an Apurture 600D bounced into a whiteboard and diffused through a layer of silk for maximum diffusion. An Apurture 600D with a dome and grid directly above Vivica served as a hair light.

One interesting aspect of shooting with continuous lights is that anyone who takes a photo of your subject on set using a smart phone will have an image that looks very much like the final image you create with your real camera. This can be a potential problem or a potential benefit depending on what you are photographing and how these images are used. If you were photographing a child dancer and your intention was to sell as many images as possible to the child's parents, it would not be good if the parents had captured some great images of the child dancing in your perfectly positioned continuous lighting setup. This would likely reduce your sales. If you were shooting a commercial job and your rate was agreed upon ahead of time, you might not be concerned if other people on set were capturing images similar to yours. Perhaps the client wants as many social media posts as possible about the shoot, and the client would be pleased that the subject will be beautifully lit in your setup, even if the photo was taken by someone from the glam squad using a cell phone. In the BTS image above from Isaac's shoot, you can see at least three people capturing phone images in which Vivica will have the same lighting that she does in Isaac's final images. When a photographer uses strobes to light the subject, the strobes will fire only when they are triggered by the photographer's camera. As a result, only those images taken by the photographer's camera will have proper lighting.

The images that accompany this article show that beautiful portraits can be captured using constant lights if the lights are used in the correct environment and arranged properly. What are your thoughts on shooting with strobes versus continuous lighting? 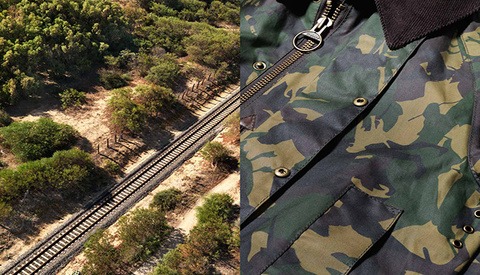 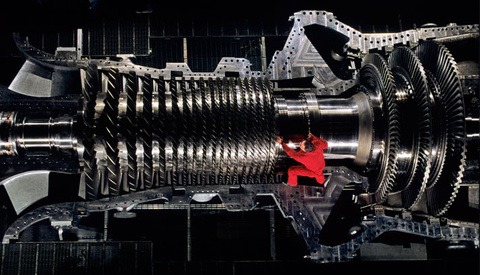 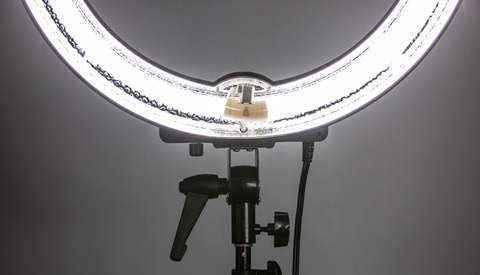 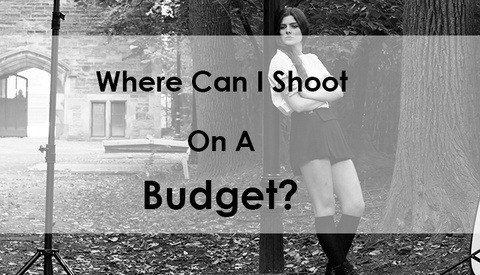 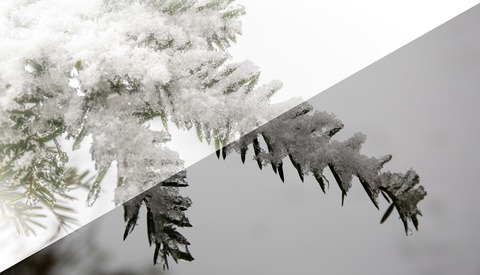 I've used LED lights many times for photography over a few (7) years. I shoot video commercials and I found the video lights I used can do the job just as well as flash. I can somewhat freeze action if I turn up the lights brighter. Too bright and it's blinding to the model and she starts to squint.