Albums are a big seller for wedding photographers, and for good reason. Brides want a physical memory of their day they can pull down off the shelf for years to come. But Storytag founder Nikki McKenna believes there is room for improvement when it comes to albums. She thinks that adding a written story element can really change the power of an album.

Let's back up a bit to where the idea for Storytag originally came from. The company was founded with working moms as the main audience. She noticed herself taking hundreds and hundreds of photos of her kids but never really doing anything with the images. She just didn't have the time. "Storytag's reason for being is that, in the digital age, we are all too good at taking pictures to remember, but too often fall short of preserving them in a way that engages us over time. Our images are too often stuck in folders, social media sites, smartphones, cameras and all sorts of media drives."

McKenna saw a chance to make those images mean something by compiling them into albums and adding a written story as a service, and Storytag was born. "A handful of well selected images alongside a good story in a format that calls out to be read is worth so much more than thousands of images strewn across the digital universe."

What started as a way for moms to get their photos organized and given a voice is now turning it's attention to something that Storytag founder Nikki McKenna believes brides will love: wedding albums with voice.

The concept is simple, but one that requires a very specific business model and plan to execute properly. Presently, clients get in contact with Storytag, give them a set of images from a certain day (or days) and then take part in a one to two hour telephone conversation with a Storytag editor. It is in that conversation that the editor interviews the client about the day and starts to construct the story to go along with the images. Based on that conversation, the editor will work with a designer to put together an album that showcases the best images to go along with the memories expressed over the phone. Storytag wants to bring this service to brides and add another element of depth to the traditional wedding album.

In speaking to McKenna and their new marketing director Suzanne Knowlton (who has had extensive industry experience), they believe that Storytag has a strong ability to grow modestly over the course of the next year, and McKenna believes that despite the extremely skilled nature of the labor Storytag will need to employ, her special interview method will allow them to properly scale. That interview technique would be what would be considered the company's "special sauce."

Storytag would fit into a photographer's bag of offerings much like albums already do: as an add-on. Their base level black label price is $650 and white label pricing is $800.

"In the white label pricing, we simply interview as a part of the photographer’s team," McKenna explained to me. "This pricing includes an hour and a half to two hours of interview time, writing and editing, image selection, book design and configuration with whatever printer the photographer chooses. We haven’t yet had to limit the page count and we’ve gone up to 45 pages. It’s not the most common way of pricing, but to me it makes perfect sense. I think most photographers would say that there is a 'right' number of images to capture the story. Pricing will increase if we want to include an interview before the wedding or include other characters (e.g. mother of the bride). Photographers are free to price as their own business models would suggest."

I personally am very interested to see where Storytag goes from here and how the company can evolve over time to meet growing demands. Wedding photographers: would you consider adding Storytag as an option for your wedding album sales? Let us know in the comments below. 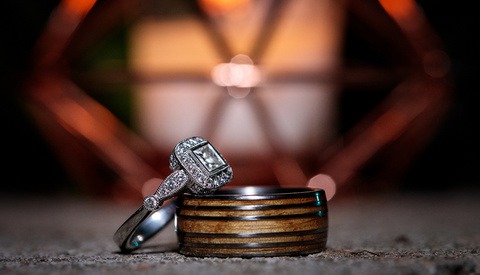 Business / May 18, 2018
The Complete Guide to Wedding Photography Pricing: Part 2 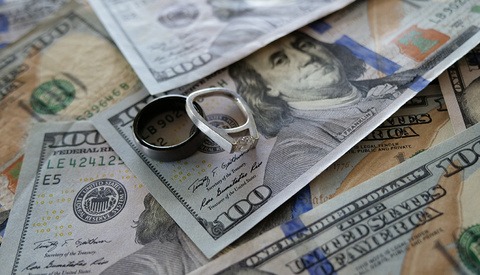 Business / April 12, 2017
A Comprehensive Guide To Pricing Your Wedding Photography

It's an interesting concept and I'm rooting for them because album sales have taken a huge hit in recent years. All the digital sharing just does not do the same justice to a photo as an actual print. I routinely just print my own stuff just to see how good it really looks.

However, I'm skeptical that there will be significant growth in this area. Is there a market? Sure...but the question is how big.

personally i prefer the images to do the storytelling but it looks nice nonetheless.

Great comments! I wonder if you think the trend in the photojournalistic style for wedding and family photography will rise? I envision Storytag as a way to monetize that value.