Times have really changed for 360 shooters. When the cameras first came out, there was no ecosystem of products to make shooting easier. In 2021, that's definitely not the case, and YouTuber and 360 shooter Ben Claremont looks at some of the gear that will make life in 360 a little bit easier.

Claremont takes a look at some tools that I didn't even know existed for 360 shooters. For instance, common wisdom has previously dictated that lighting wasn't really a thing for 360 shooters. Since the camera can see (almost) everywhere, placing a light in the frame doesn't really work, as you'll see it in the shot. I've used a combination of multiple exposure or the fancy trick DNG mode on my Kandao QooCam 8K to get proper exposure, but lo and behold, the Bushman Panoramic Halo 360 LED Light actually manages to solve this problem, as Claremont explains, with a light that's shaped like a coke can and mounts below the camera.

I've also long been a user of the cheap light stand for 360 video, but as Claremont notes, editing out the legs can sometimes be a pain. The Bushman Panoramic Claremont Monopod V2, which apparently only bears the YouTuber's name because of a joke he made to the company's owner about naming it after him, can help take the pain out of the editing process by having a much smaller footprint than a standard light stand.

There are other various and sundry things a 360 shooter will find useful, such as weights designed to plug into the Bushman monopod to serve as ballast in times of strong wind when shooting 360s outside and obscenely large microSD cards that mean never having to delete a photo.

Finally, one key thing that every 360 shooter should have is a VR headset. When I was able to test out client footage on my Oculus Go, it changed the way I shot and edited my work because of the new and intended way of viewing 360 content. Claremont recommends the latest and greatest, the Oculus Quest 2.

There are a few other odd tools that would have never even occurred to me to use. Claremont walks viewers through all of them, so be sure to take a look in the video above.

Do you have an odd 360 tool you use that's not on the list? Leave it in the comments below. 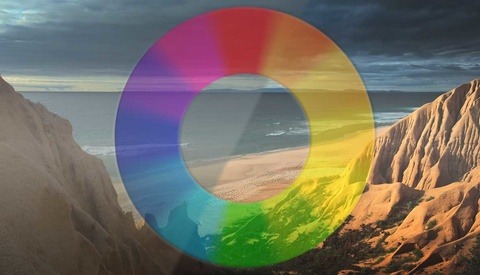 Mr. Wasim Ahmad
I think Qoocam 8k is amazing but altough have software video stabilization, in some situatiion is not enough. Can you recommend a gimbal for Qoocam 8k?