If you enjoyed reading about mind-blowing photography facts, here are 10 more that you will find fascinating.

1. The World's First Color Photograph Was Taken Over 150 Years Ago

Physicist James Clerk Maxwell first described the modern three-color process we use for color photographs in a paper in 1855. Thomas Sutton was the first to put it to use in 1861, when he took a photo of a colorful bow. The image was relatively imperfect, as the material used was not particularly sensitive to green and almost totally insensitive to red. It is believed that the image was actually created by ultraviolet, blue-green, and blue wavelengths, which can be seen by its relatively imperfect rendition. Nonetheless, it was the beginning of the same fundamental process we use for creating color images today.

2. The First Flashes Could Literally Kill You

One of the first methods of producing artificial light for a photo was by using a mixture of magnesium powder and potassium chlorate spread onto a surface, then ignited. This caused a literal explosion, and accidental explosions of the volatile compound could cause serious injury.

3. The First Mass-Produced Autofocus Camera Came Out in 1977

Autofocus has been around for quite a while now. The Konica C35 AF came out in November of 1977 and used the Visitronic AF system designed by Honeywell. The camera was highly popular, going on to sell over a million units. Later, the Polaroid SX-70 Sonar OneStep would become the first SLR camera with autofocus (1978), with the Pentax ME-F being the first 35mm SLR with autofocus (1981). You can see the camera in the lead image of this article (by John Nuttall, used under Creative Commons).

4. The First Aerial Photograph Was Taken in 1858

"Boston, as the Eagle and the Wild Goose See It" (public domain)

Believe it or not, the first aerial photograph was taken way back in 1858 by Gaspard-Félix Tournachon from a tethered balloon 1,600 feet in the air above Paris. Sadly, the photographs did not survive to the present. The first surviving aerial photographs were taken two years later in Boston by James Wallace Black from a hot air balloon (the Queen of the Air) piloted by Samuel Archer King. Black took eight exposures at an altitude of 1,200 feet, from which he got one good image, known as Boston, as the Eagle and the Wild Goose See It.

5. We Take More Pictures Every Two Minutes Than the Entire 1800s

That is right. Every two minutes, people take more pictures than were taken in total across the entire 19th century. In fact, people take well over a trillion photos a year now. It is more than just that, though. The average American is captured by some sort of camera 75 times a day (surely, that number is down a bit right now with the pandemic), a number that surprised even me.

Photoshop is already in its fourth decade. It was first created in 1987 by the Knoll brothers, Thomas and John. They went on to sell the license to distribute it to Adobe in 1988. Photoshop got its beginnings when Thomas, then a PhD student at the University of Michigan, wrote a program for allowing grayscale images to be displayed on a monochrome monitor. His brother, John, saw the program and suggested that Thomas develop it into an editing application, which he did by taking a half-year break from his PhD. After Adobe purchased the distribution license the following year, Photoshop 1.0 would be released in 1990, with the first Windows version appearing in 1993.

7. The Aperture of the Human Eye

The eye's pupil can open as wide as about 6-7 mm. This translates to a maximum aperture of about f/2.1 in the dark, making it a fairly well-performing low-light device! On the other end of the range, it can close to an aperture of about f/8.3 — not that extremely narrow. This helps explain why we still squint or need sunglasses in particularly bright sunlight. Calculating the eye's aperture range requires careful calculation of its corresponding focal length, as the way it refracts light is different from an air-filled camera, which produces a different focal length.

8. The World's Most Expensive Camera

Think Hasselblads and Phase Ones are expensive? They are nothing compared to this Leica 0-Series (no. 122). The camera was a prototype 35mm film camera made in Germany in 1923 and was one of just 25 produced to see if people enjoyed using them. There are only 12 known to still be in existence. The no. 122 sold at the WestLicht Photographica auction in Vienna, Austria on March 12, 2018, with a starting price of $492,000. It would eventually sell to a private collector for a staggering $2.97 million.

9. The U.S. Dropped Film From Space Back to Earth

The Cold War led to all sorts of advances in surveillance technology and as a result, all sorts of interesting photographic tidbits. One of these was the HEXAGON spy satellite, which flew from 1971 to 1986. Each of these satellites was 60 feet long and clocked in at 30,000 pounds — huge by the standards of space devices. These were nicknamed "Big Bird" as a result. Phil Pressel, the designer of the satellite's "optical bar" panoramic camera system, said: "This is still the most complicated system we've ever put into orbit, period."

Each satellite carried a whopping 60 miles of 6-inch wide film, and each exposure would capture images of a 370-mile-wide area. This resulted in resolutions of about 3 feet, quite impressive for the time. Each mission would last 124 days, after which the satellite would launch four film return capsules, which were then captured in mid-air by waiting aircraft. Interestingly, one of the film capsules from the first mission was missed by the recovery aircraft and sank three miles deep in the Pacific Ocean. The Navy's Deep Submergence Vehicle Trieste II managed to find the capsule and recover it in April of 1972 from a depth of over 16,000 feet.

The selfie is one of the most pervasive cultural consequences of photography, but you might be surprised by how early the first selfie was taken. Robert Cornelius took the world's first selfie via the daguerreotype process all the way back in 1839. The image was taken as he stood in the yard that was behind the lamp store owned by his family in Philadelphia. The Library of Congress says the exposure took between 3 and 15 minutes. Cornelius would then go on to open his own photography business. 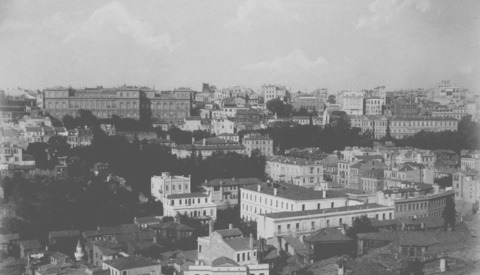 A lot of interesting information.

If I may add another little tidbit: The Polaroid SX-70 used an ultrasonic rangefinder to measure the distance to the subject, much like sonar. This was not overly accurate and tended to focus on the nearest or biggest object in front of it (whichever took its fancy) and therefore not always what you wanted.

Quite a few people were confounded by its autofocus due to its inability to focus through windows or similar clear objects, as the glass would reflect the sound waves, causing the camera to focus on the window instead of the objects beyond.

These days, focusing on the window and having the rest out of focus is seen as "artistic" or "creative". Back in the days of film, prints would have been binned, or in the case of sending film off for processing, they would have come back with a sticker on them, offering advice on focusing, etc. Funny how times and tastes change!

#5 Considering HOW MANY people that don't have a habit of take pictures every hour - someone is taking a lot of pictures.

I think it is down to the number of photos the younger generations take with their phones. They are a very vain lot for selfies. ;-)

Much appreciated, Gordon! Pretty jealous of that Konica!!

Ha ha! I actually have two Alex. The C35, which was their answer to the original Olympus Trip 35 and the C35AF. They are usually loaded with monochrome film. Also have an Olympus OM1, OM4 and OM10. The OM1 and OM4 get regular use as I prefer them to the OM10 ergonomics.