Add a Deeper Kind of Depth to Your Photographs

In last week's article, we spent some time discussing methods of adding the illusion of depth to your images using compositional techniques. This week, we will take that a step further and look at adding depth to the content of your images.

Today's article will go through a few ways in which you can begin adding additional content to an image in order to give the viewer more information about your subject. While not all photographs need to have a lot of linked content and tell a deeper story, the practice of creating images like these can benefit even your simpler compositions, as it will make you more aware of how the different things you choose to include or exclude could influence the way your image is received. We'll look at layers, backgrounds, adding additional items, and forcing a narrative today. These are all ways in which we can create deeper images.

Let's start with something we've discussed before. We looked at the idea of putting things in the way of other things to layer your composition and provide visual depth for the viewer. Not only does this create visual depth, but if carefully considered, can also give a depth of meaning to the image that wouldn't otherwise be there. This could be implied in a story you want to force or simply objects related to your subject that will give the viewer a deeper look into the subject. This can be extremely useful in editorial work.

Here we'll start with a very simple image I made for a local magazine here in Seoul. The article was about a district in central Seoul and the changes that had come to it over the years. I hiked the local hill in order to get a good view over the area and made a few images of the city from its peak. However, it wasn't until I noticed the ladies, of an age that would know this district before the changes, sitting in the pagoda, that I came across the image that would tell the story I wanted to. By using a wide angle lens to include them and the district, I was able to use a layered composition to give a deeper meaning to my image than a simple overview of the city. 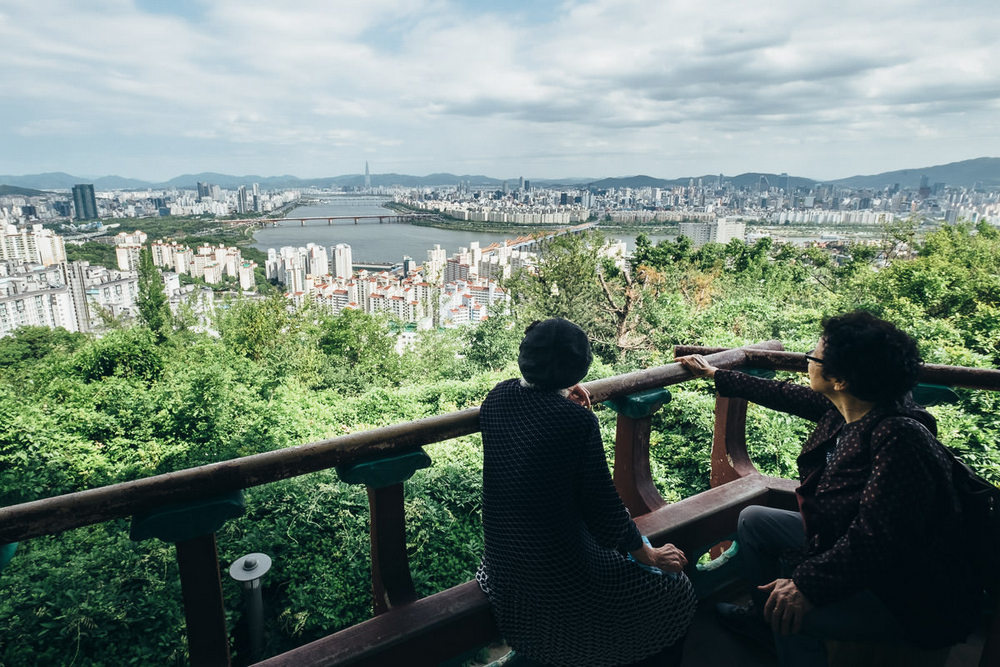 Additional Items in the Composition

The things you add to the frame do not necessarily need to be in layers; they could simply be things that are visible in the composition and add to the story. Supporting your main subject with additional objects that tell their story can give the viewer room to explore and learn about the subject.

In the image below, which was part of a series I made about traditional artisans in Korea, the subject is a bamboo flute craftsman. This is made quite obvious by the number of flutes on the walls and tables and those scattered around him. However, if you explore more deeply, you can find his master craftsman accreditation, some tea cups (he practically lives off the stuff!), and some other small carvings, such as Sotdae (prayer poles with birds), and other small parts of his lifestyle. By adding these things, I was able to make a storytelling image that gives you a little more about the artist than just showing his hands at work. As a large print, this presents that more effectively, but even at this size, it should be obvious that there is more to the man than flutes. 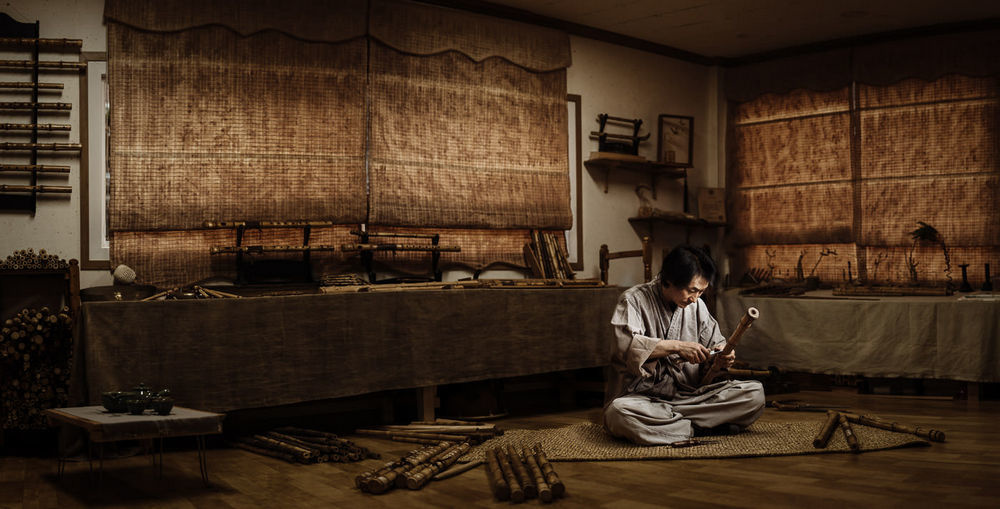 Just like foreground elements that create layers in your compositions, the background can tell just as much of a story and give a sense of the subject. When choosing a background in a space, it is important to consider what that background will say in the image. It can easily add to or distract from the viewer's interpretation of your image.

In the case below, my photograph is of a Konyak hunter in the mountains of Mon District in India. A common story I heard from all the elders I talked with during my trip was that hunting was plentiful when they were younger but scarce now. People missed this way of life. So, when it came time to make a portrait of a hunter, I made sure to include these mountains that had been their lifeblood for so many generations. We stepped out of the door of his house to this view and cropped to ensure it was just the mountains in view. 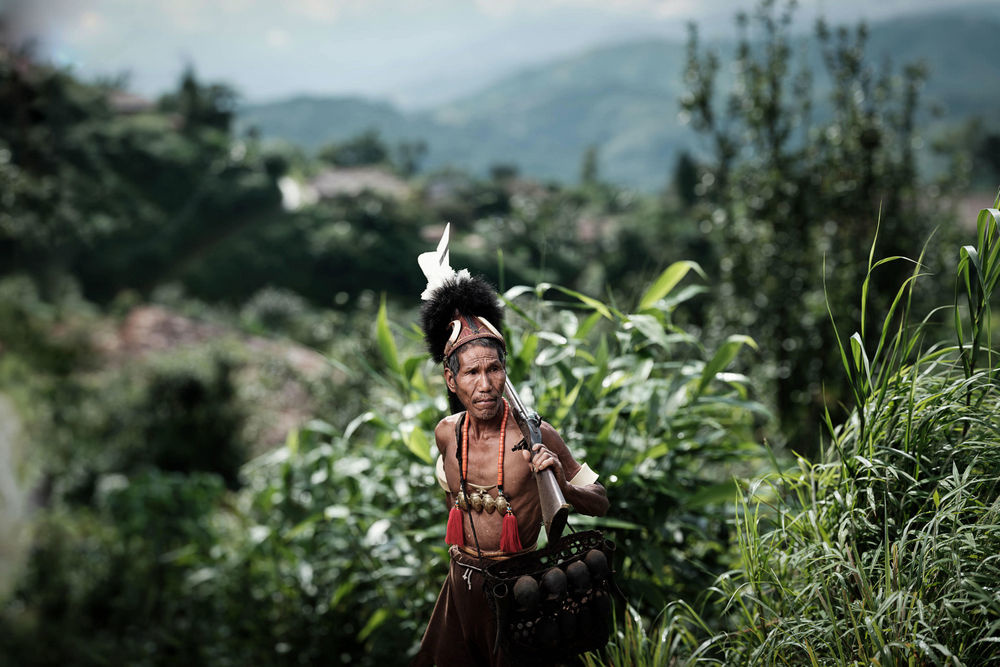 One such case for me was my time with Piteyro Ukah. We'd spent an afternoon together, I'd interviewed him, we'd made a few images. But, I had a bigger idea after our initial work. I wanted to make an image that would tell his story in another way. We'd spent time talking about his links to his ancestors, his people's land, and his own continuation of aspects of their traditional life. More details about this idea can be found here, but in its essence, the image is about the passing of time. I wanted past, present, and future in the image. To me, the key to displaying who he was lay in placing this modern man in an age-old scene. He would be practicing a tradition ages older than himself, and water would represent its cycle through his ancestors lives. We spent an hour or so discussing the potential for an image like this together, and he loved the concept. We headed out the next morning to make it happen.

This was a case where the story that had formed in my head needed to be forced for the image that I wanted. We couldn't do this at his house or in my guesthouse; this would need to be a collaboration that went beyond what we had around us. It required cooperation and coordination to make sure it would represent what we intended. 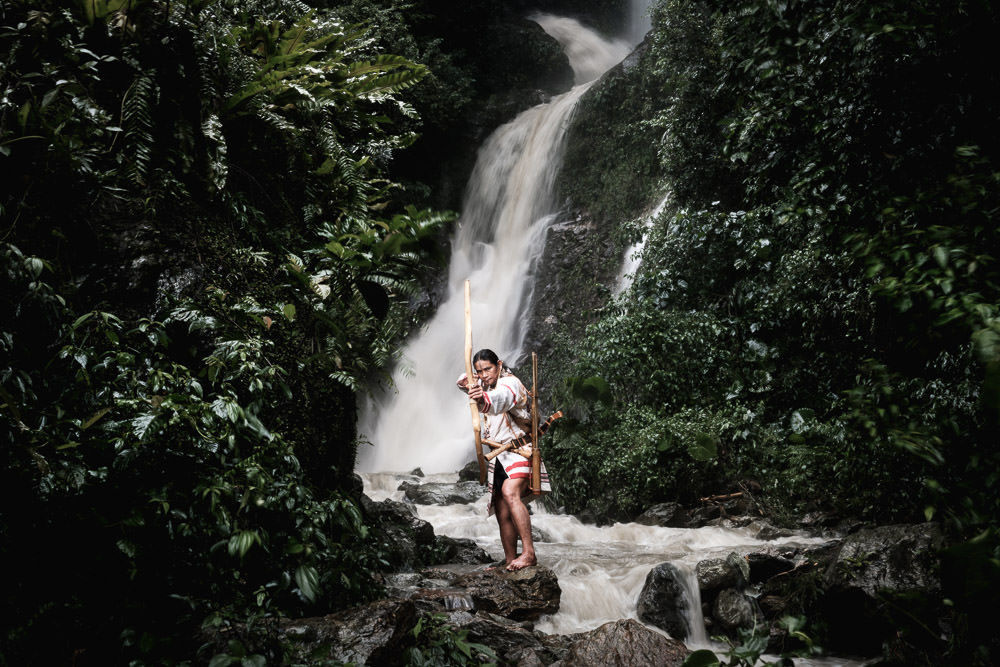 These are a few ways I choose to add depth to the images I make. Other techniques like working with timely issues or working in a series of images can also bring a lot more depth to your work. How do our readers add depth of content to their images? What challenges do you face in doing so?

Education / December 27, 2019
The Art and Science of Photography: Why Is Photography So Hard? Part I.

Great article. Went back and read the first one and it was great too.

Another well written article - not a video! Thank you.