Are You the Biggest Hinderance to Improving Your Photography?

Everyone has a different photography skill level. There's nothing wrong with being a beginner or an intermediate. However, if you desire to improve your photography, you might be your biggest hindrance.

I talk to quite a few photography enthusiasts at various locations, meetings, and online groups. Some of them are content with just capturing what they point the camera at, and there's nothing wrong with that. However, many desire to improve their photography skills, but over the years, they don't seem to have made very much progress in doing so.

Improving is not something that happens just by solely taking more photos. It comes with learning, practice, self-critique, and a lot of failures. I've met many photographers that have years more experience than I do that still make rookie mistakes. These photographers have many excuses from "that's just too complicated" to "I just don't have the time to learn that."

The problem is that they want to be better, but they refuse to learn. Even once you know all of the basics, and perhaps are pretty good at what you do, you'll still make mistakes, but you should learn from them.

Here are some of the things that I believe are a common hindrance to becoming a better photographer.

Refusing to Learn the Basics

What if your subject is underexposed because the background is so much brighter? Without knowing how or what to compensate for, you're not going to improve that photo.

Learning the basics of shutter speed, aperture, and ISO is the foundation of expanding your capabilities. Likewise, learning the basic settings of your camera is crucial — if you want to improve. Night photography is going to be much more difficult if you don't know about mirror lockup. You should have a general knowledge of your various menus and settings. If you have not gone through your camera manual several times, you need to pick it up again.

Composition and lighting are so critical to a great photograph, but I talk to enthusiasts who often know very little about it. An afternoon of watching YouTube videos on composition could significantly improve a beginner's skill by merely knowing about the rule of thirds and leading lines. Understanding how people look at photos helps you compose a pleasing and easy to view image.

One of the ways I improved when I was starting was to self-critique my own photos. I'm not talking about rating how good your image is. I'm talking about tearing it apart, bit-by-bit, analyzing what you did well, and what you did poorly. Don't just hit delete on bad shots, learn from them.

Consider the following image. I was shooting birds against some neat clouds around the setting sun. I noticed a friend of mine in the water, and I liked the silhouette, the reflection of the sun on the water, and the lighthouse — it was a perfect scenario. I quickly switched from the bird and fired off an eight-shot burst. Every single one of them was out of focus.

Analyzing these photos with a focus points plug-in in Lightroom, I saw that the focus point was on her head, but it did not lock focus. From this, I have learned that a single focus point is sometimes too small for a silhouetted head. I won't make that mistake again. 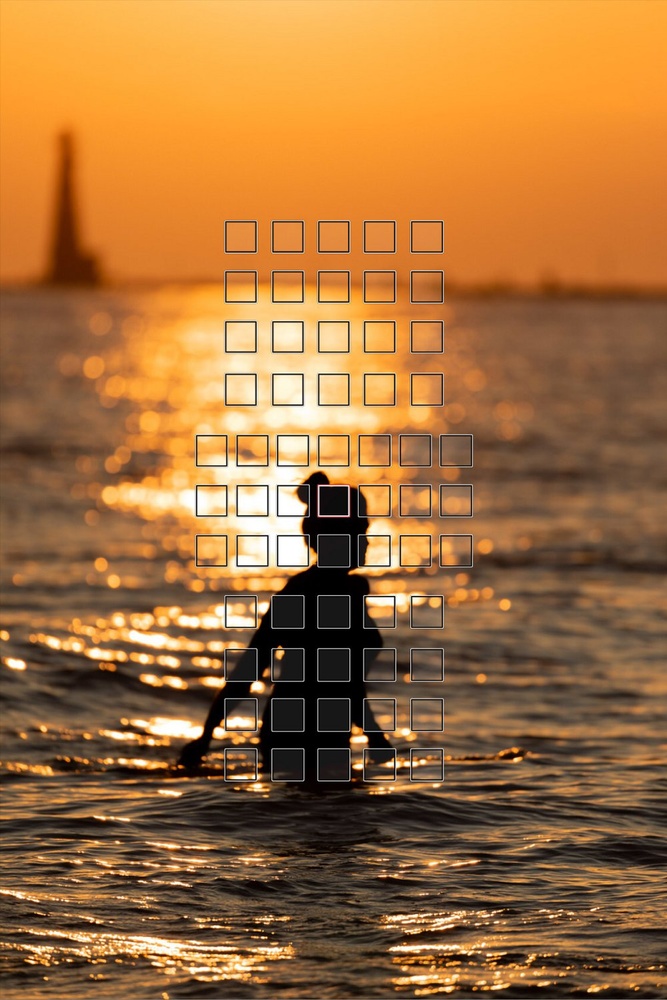 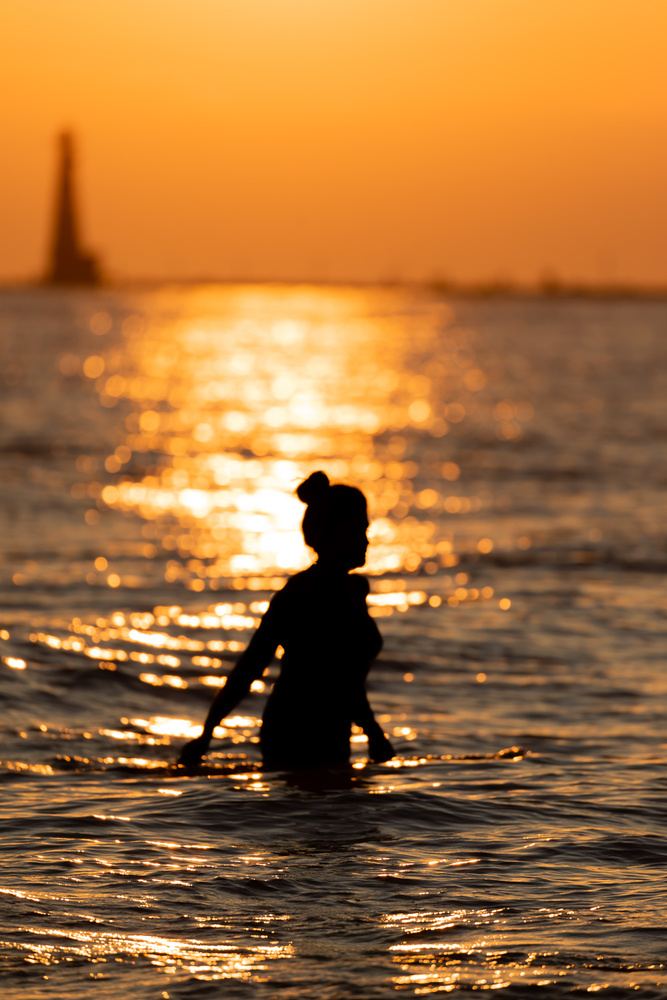 One of my biggest pet peeves is someone refusing to straighten or crop an image. Most of the time, when questioned, they simply say they forgot (again). There's only one straight line through your image (the horizon), and you didn't notice it was crooked? What were you looking at when you were editing it? It's step one, how did you forget? I know it's step one because I taught them Lightroom, and I made sure that it was step one!

I'm guessing that they're often in a hurry to get the image edited and posted on social media. If you need to, create a checklist for things to do when editing your photos. Look for items that are wrong or off, not just at the things that you like about the photo.

Refusing to Learn Something New

It's sometimes intimidating to photograph something when you don't have any experience with it. Maybe it's your first dog shoot or your first wedding. However, if you realize that it will make you improve by trying and self-critiquing, it can be a fun challenge. Don't be afraid to fail. Often, I learn more from my failures than from my success.

Don't refuse to shoot something because you don't have the right gear (as long as it's not a paid shoot). Having the experience of shooting something without the optimum gear can teach you a lot. Recently I learned that an f/2.8 lens is much better for astrophotography than an f/4 lens. It's something I "knew," but seeing the difference made me really realize it in a much more profound way.

Learn the basics, learn to self-critique, and continue learning new things. Sometimes learning just a small essential skill can dramatically improve your photos overnight. Other skills may take years to perfect, but you might as well get started now. Learn one skill, practice it, then learn another. You'll quickly see an improvement if you just put forth a little effort, don't let failures stop you, learn from them. 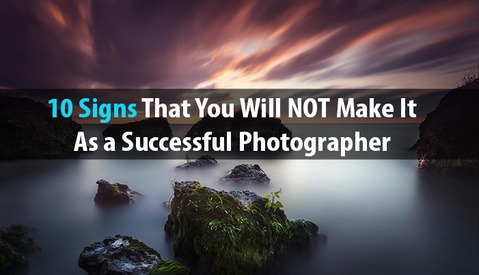 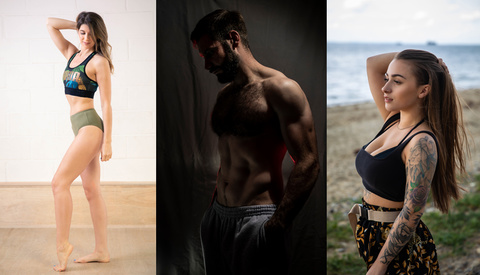 Architecture / January 29, 2021
Why Storm Light Is Incredible for Landscape Photography and How To Photograph It
Log in or register to post comments
9 Comments

At some point or another I have struggled with all of these. Good article!

A good article but it just touches the surface. (By the way, "hindrance" is misspelled in the title.)

For me, my primary hindrance is "laziness". Pure and simple,
As a landscape photographer, my greatest limitation is my reluctance to do what it takes - late nights, long hikes, or heading out before sunrise - to get to the locations (and lighting conditions) required for the truly great shots.

Self-evaluation is hard. I've noticed that landscape photographers like those at art fairs often fall into one of two groups: those who over-estimate their talent and those who under-estimate their talent. Objectively, I know my photos are in the lower half of the pro-range, yet, no matter how good others say they are, I can't help but see every flaw in my search for perfection so I never make the leap to rent a booth. Then I see others who filled their booths with poorly-exposed, unsharp, and uninteresting photos (don't know if they sell any) and I just have to scratch my head. Either perspective can make the path to progress a challenge.

And in the category of learning something new, I think this especially applies to post-production software. To be taken seriously today, you MUST learn Lightroom (or similar). The first advice I give budding young photographers who compliment my camera: I'd rather have the cheapest DSLR on the market AND Lightroom than to have the best DSLR on the market and have no editing software. I've never seen an image that couldn't be improved by software - often SIGNIFICANTLY.

Am I the biggest hinderance to improving my photography.....oh hell, straight up yeah. I always am.

yeah, I mean why even read fstoppers...

It's not that I am a hindrance to my own photography, it's just that people don't like what I do.

I bought a few flash units and a transmitter a few years ago, in order to manipulate the light in some of my wildlife and bird photography. My intent was to create elaborate off-camera multi-flash lighting setups, to create some magical mood lighting and other effects in my bird and mammal images. I would have no trouble carrying all of the tripods and flash units out into the bush, and doing all of the work to mount the flash units high up in trees, on orchard ladders, etc. But the problem was, I couldn't figure out how to get the flash units to all "talk to" the camera, nor how to get the camera to work with multiple flash units. I watched a tutorial or two on YouTube, and still couldn't figure it out. I tried to read a manual, but that went poorly, as I don't learn well from reading - I need someone to SHOW me how to do things, not TELL me how to do them. So, I have these brand new flash units and this transmitter, but have never figured out how to use them, because I have a hard time learning technical things, and gave up after a fe tries didn't work out.

I am also hindered by my own reluctance to learn complex photo editing in Photoshop. I would love to have images where I take an animal and clone it into a different scene than the one it was in when I photographed it, or to do other types of very extreme compositing. Unfortunately, learning to do this level of compositing is complex, and would require me to really think hard - focus and concentrate - on learning Photoshop better. I don't really do focus or concentration very well. I don't like to make my brain think hard - pretty much just unwilling to do that at all, ever. And so I have all of these images that could be picked apart and put back together in different ways, in Photoshop, but because I can't / won't think hard enough to learn how to do it, they images sit there the way they are, instead of being transformed into all kinds of surrealistic scenes.