Are Your Photographs Aesthetic?

Do you want your images to look “good”? Aesthetics will help you understand the value of an image beyond its informative and representative character. Let's ask some great philosophers what they think about it.

The Philosophy Behind Aesthetics

Around four weeks ago, I wrote an article about art and photography, where I came to the conclusion that a work needs to be aesthetic to be called art. Yet, I left it open to describe what aesthetic actually means. Honestly, I simply didn’t really know how to define it and it seemed to be a problem for the big philosophers throughout history, too.

It’s been a struggle to go through all those different theories about beauty, aesthetic, and arts, but I will try my best keeping it simple. Even though philosophy often seems to be dry and dusty, it can also be fun to discover the "truth" of our world. Thinking about how the world and we, as humans, function has always helped us to become not only better in terms of our skills, but also consider ethics and gain general knowledge.

So, what is this thing called aesthetics?

The 'Wow' and the 'Aha' of a Photograph

There might be some works of art that make us cry, laugh, or simply watch stunned and open-mouthed until we get pulled back into reality. It may be our bored partner, another visitor who wants to see the Mona Lisa from the front row of the overcrowded Louvre, or the guard of the gallery who wants to finally go home after a long day of work. 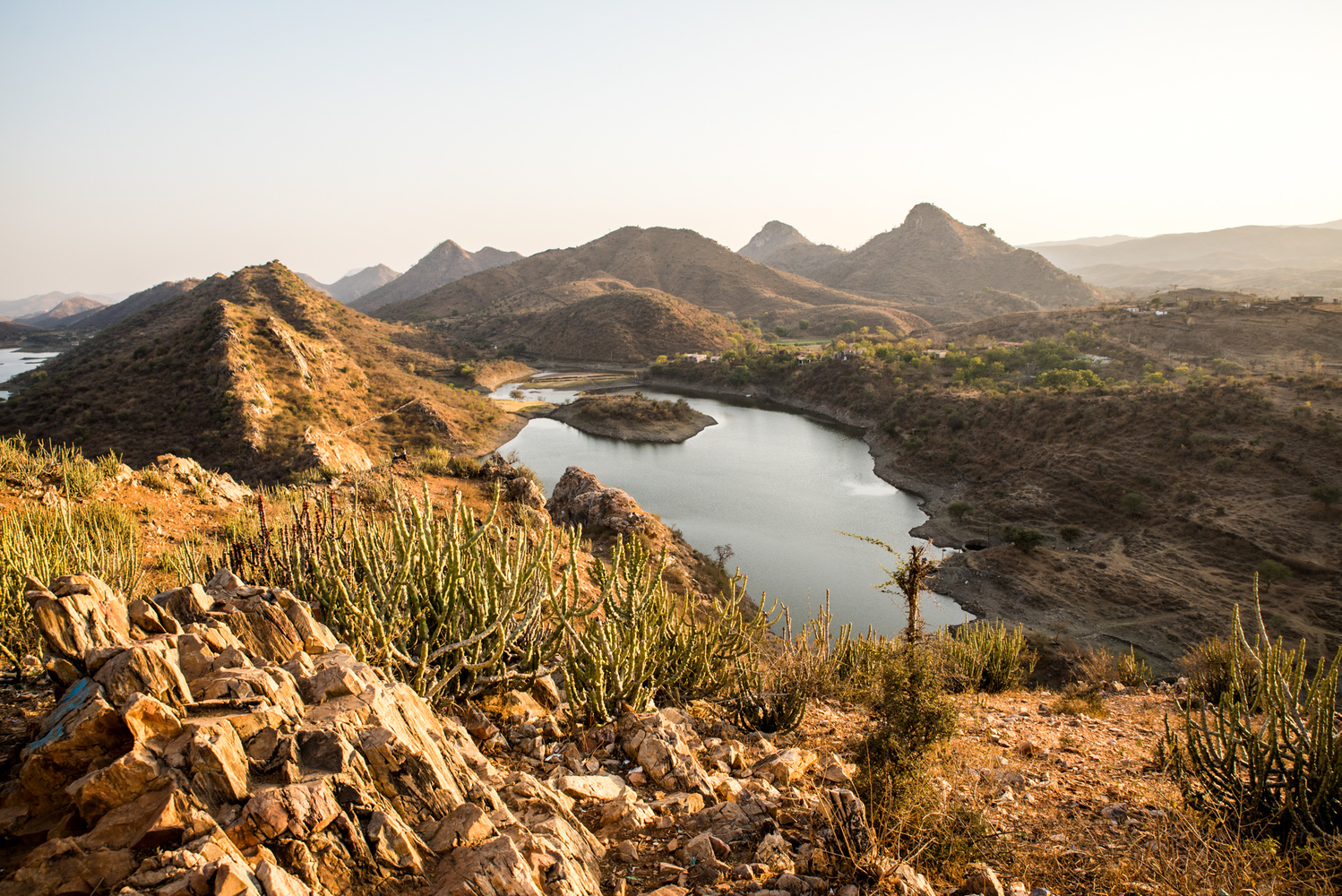 "Aha, there is a mountain and a lake."

A photograph really catches our attention through the “Wow,” though. That’s the aesthetic part. We are attracted by an image, because we are drawn into it. We have to halt and look at it, understand it, intensively perceive it, because somehow it gives some meaning to us. The German philosopher Immanuel Kant expressed the difference between “Aha” and “Wow” in a little more complex way:

The judgement of taste is thus not a judgement by reason. It’s not logical but aesthetic, which is understood as something only subjectively determined.

Kant also includes something else in his statement: Subjectivity. If an image is aesthetic or not also depends on the taste of the person who looks at it. Some might be drawn to saturated colors, while others fall in love with black and white, and some weird people love hardcore-edited HDR images. Do you remember your partner pulling you away from an artwork because of a lack of “Wow”? That’s subjectivity. 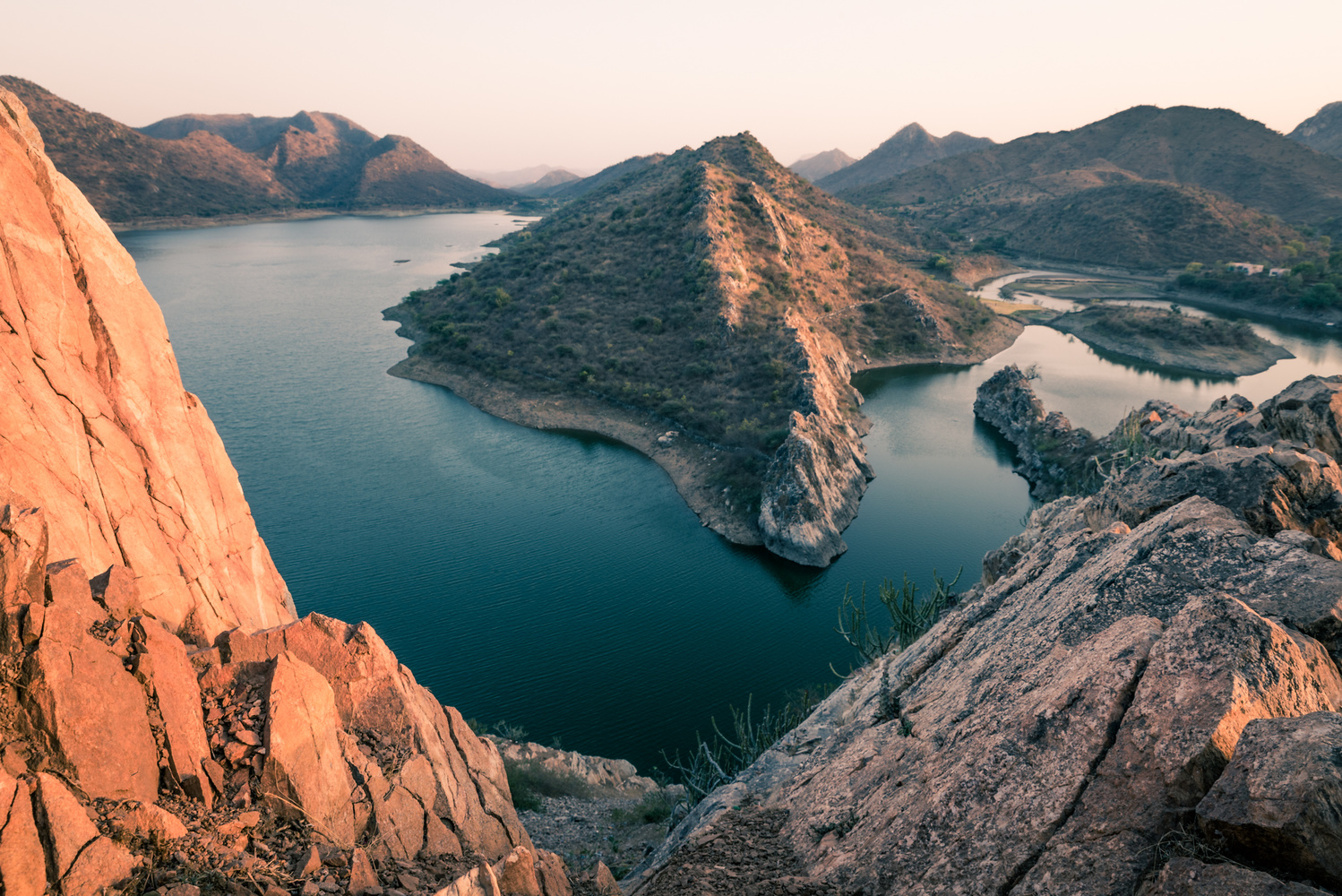 "Aha, there is a mountain and a lake. Wow, composition and light are appealing, too."

Isn’t beauty beautiful? We all love beauty. Even Plato was so in love with beauty that he first mentioned his theory of beauty in his book "Symposium," which is a book about love. In his typical dialogues with real and imaginary friends, Plato describes beauty as the object of love. And he was even romantic enough to not just look at physical beauty, but also the beauty of the soul.

Today, we usually don’t understand aesthetics as evoking only positive feelings. There are also images that make us cry. One of my most intense experiences with art was when I visited the "Genesis" exhibition of Sebastiao Salgado. Initially, I was in awe with all the amazing images from our beautiful planet. When I came to the gallery’s shop after some hours of open-mouthed staring, I looked at Salgado’s earlier works on migration, which indeed brought tears to my eyes. It wasn’t because of the cruel stories alone. I have read enough about the represented conflicts to know about the “Aha”. It was about how the image underlined those stories. This “Wow” was the aesthetic of the represented tragedy. The combination was not aesthetic in a beautiful sense, but yet appealing. 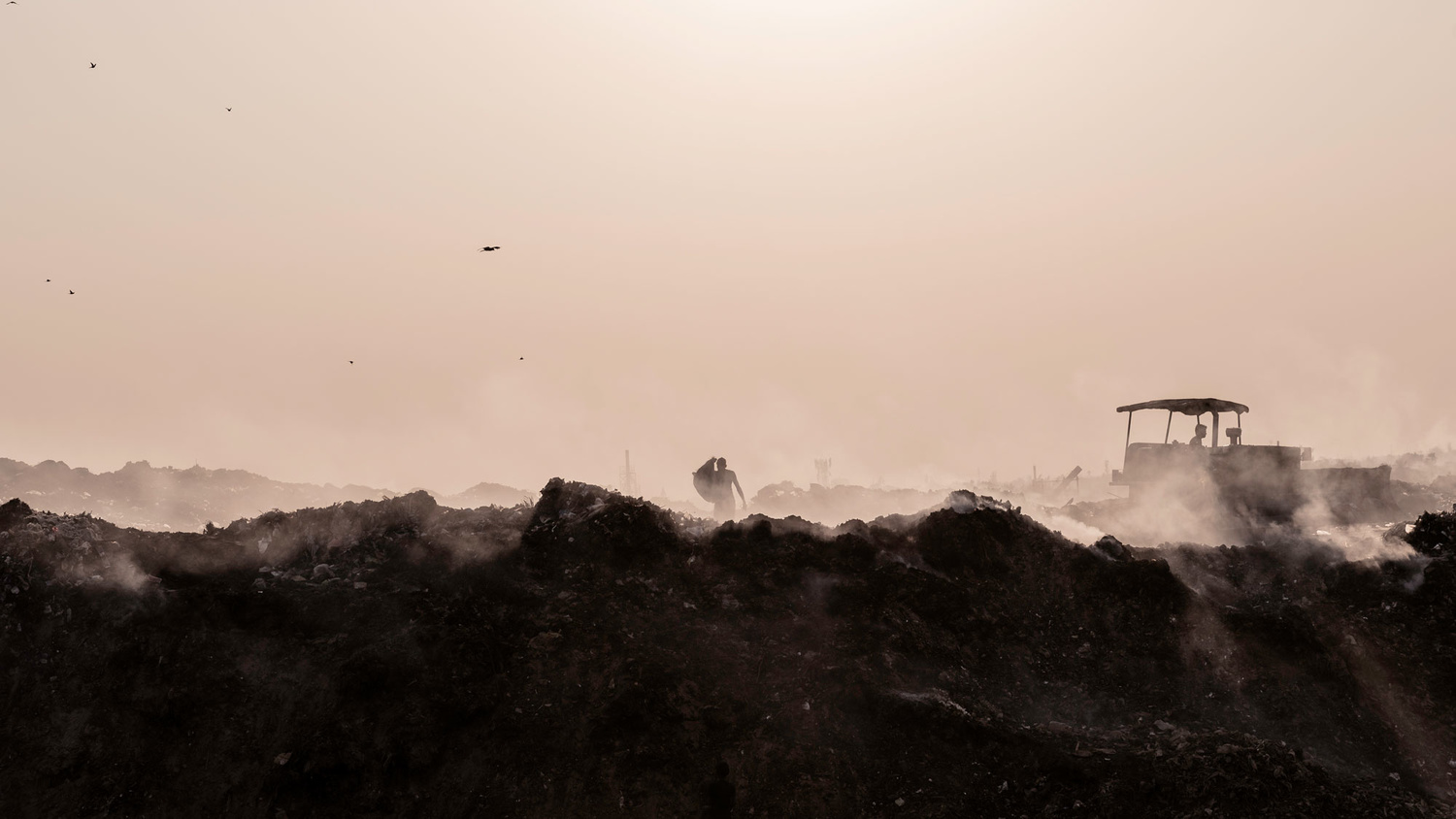 Many people told me that they liked this image, even though it does not evoke positive feelings at all.

To Friedrich Nietzsche, these feelings are the sense of life. Nietzsche was a philosopher who went from pessimism to appreciating life and art. To him, the understanding of the world alone could not be the sense of life. Life had to be lived and not just understood. Why would we measure the world, if all we got was dry information?

...only as an aesthetic phenomenon are existence and the world justified.

– Nietzsche, "The Birth of Tragedy"

All these ideas are reflected in the often-mentioned importance of storytelling in photography. Through visual storytelling, the information of an image should be accompanied by aesthetics.

Are There Aesthetic Rules?

Many philosophers thought about the idea of conditions for aesthetic art. Some of them say that there was something like natural aesthetic. Forms, shapes, figures, compositions which make everyone “Wow” – wouldn’t that be useful to your photography skills?

In the 18th century, the Scottish philosopher David Hume tried to figure out, which things seemed to be objectively aesthetic to humans.

But though there be naturally a wide difference in point of delicacy between one person and another, nothing tends further to increase and improve this talent, than practice in a particular art, and the frequent survey or contemplation of a particular species of beauty.

– David Hume, "Of the Standard of Taste"

Hume’s problem was that he saw taste and perception of aesthetic related to many disturbing factors. Some of us are able to taste the subtle differences in wine, while others drink it without noticing anything (that’s me). The same can happen with art. To Hume, the rules of taste depend on the individual and the condition of the presentation. Remember the guard kicking you out of the gallery? He was simply not in the condition of perceiving aesthetics. He wanted to go home. The "Wow" is also dependent on culture. Have you ever seen wedding pictures from other cultures than yours? There might be some difference. 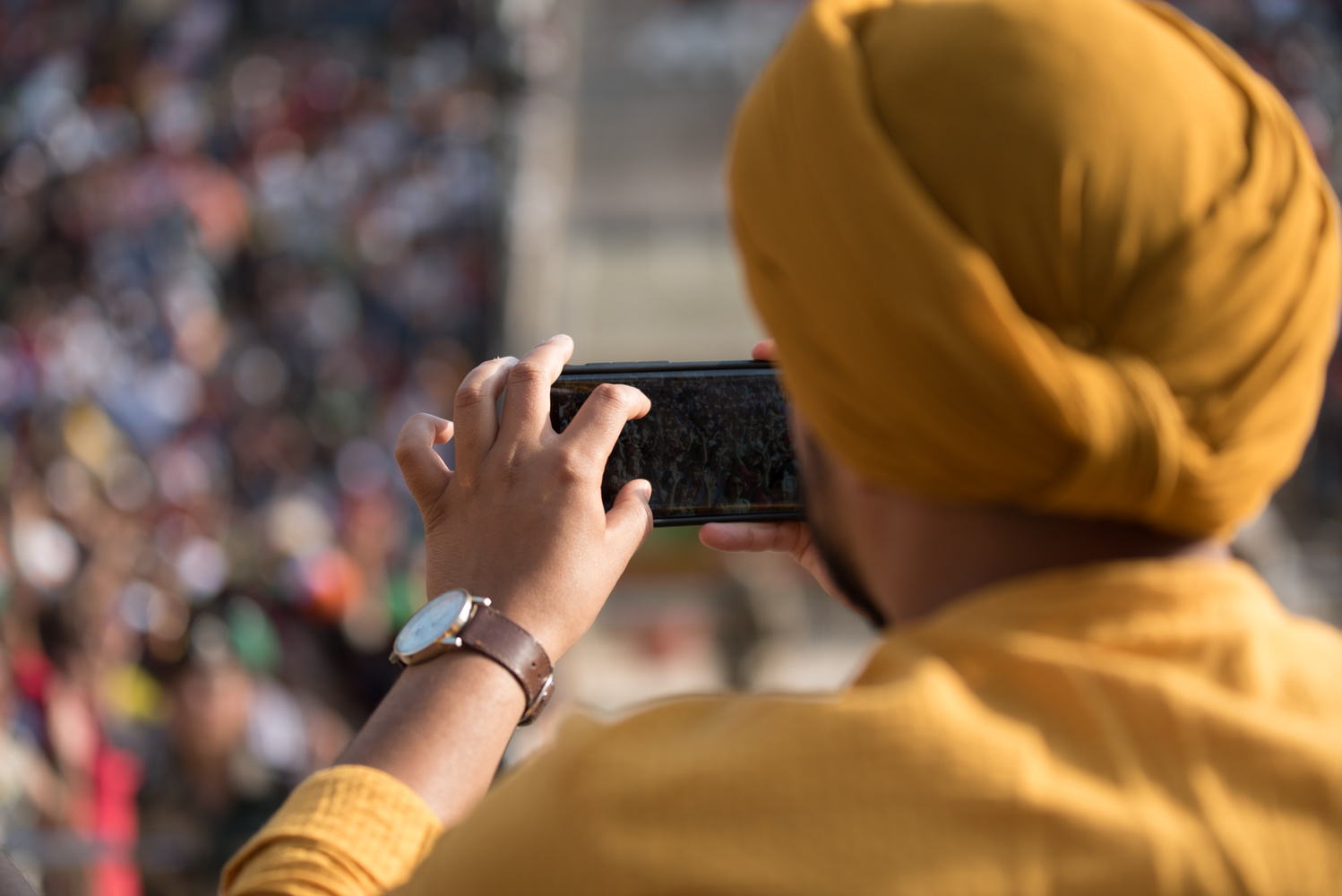 The way we make and perceive images is also dependent on our cultural background.

Back to the Lead Question

Are your photos aesthetic, then? I guess they are. At least there is potential. As tastes differ, you cannot be sure that everyone will be stunned by your photos. Yet, it is highly probable that someone will like them. By searching for appealing compositions, you can learn about the simple rules of photography that add some aesthetic value to your images. Use them consciously and with care.

The rule of thirds belongs to the most common and basic knowledge of photographers and artists. Recently, Brent Daniel has written one of the best articles I have ever read on that topic, describing why the rule of thirds is the result of some basic “don’ts” in photography. His explanation comes close to the idea that there are compositions, which naturally appeal to us.

The most useful things that you can do to understand the “Wow” is looking at other people’s work and figuring out which one you like. Then practice, practice, practice. Looking at why you like the look of an image and how it supports the “Aha”, gives you knowledge about your taste and understanding of aesthetic.

Finally, you need to figure out how you can reach this effect. You might find some answers here and elsewhere on the web. If you share your results, you can also get some feedback from the community and find your own rules and methods to create aesthetic images.

Developing a theory of aesthetics took humankind thousands of years and it's still in process, so I'd be happy to read your opinion in the comments.

Education / March 15, 2020
The Reason Your Photographs Will Always Be a Cheap Copy

Incredibly compelling congrats. This is an ongoing topic with many of us. Ultimately I really believe it is not about aesthetic but can you make an emotional connection with your photo. Aesthetic is a fancy buzzword for those that are in the pretentious realm. Can you relate to your people? That is the question.

Thank you very much. Well, aesthetics have been 'invented' in the 18th century and was more than a buzzword, but an attempt to define beauty. Maybe it became a buzzword in the hyper-individualists age. But there is also a draft in my mind for an article looking at the concept of feelings and emotions, so I can definitely agree to what you wrote.