Compare to Get Better: Analyze Yourself and Learn

Since the very first session I had, I knew I wanted to be as good as I could possibly be. Without any real formal school, I learned most everything by doing. Coming from a background as a retoucher, and web developer and graphic artist before that, there were things I thought I knew and did know that were more advanced than beginner stuff. But I was lacking some of the formal training.

Often in life, people compare stuff. Ford versus Chevy, Canon versus Nikon, etc. It made sense to me to compare work. A lot of people disagree with this method as "art is subjective" and no one photographer is like another. While I do understand that point, it was comparing that caused me to learn most everything I know, followed by polishing stuff by watching various tutorials such as Joey Wright's Swimwear tutorial.

So by comparing, I mean literally side-by-side showing yourself your image versus someone better than you. I strongly encourage you to not limit that to local folks you think are better, rather anyone anywhere. I draw a lot of my inspiration from the many amazing Russian photographers. While you are analyzing, ask yourself why is theirs' better than mine and write down why. Maybe it's color, crop, details, set design, or whatever it may be. Then you take your notes with you right before your next session and read them to yourself and make an effort to address those things. Even if you only "fix" one thing at a time per shoot, I recommend keeping doing this always. I have done this from the beginning and still do it today.

Comparing with locals once in awhile as a measure of how you are with the competition is fine. Obviously don't post those results online, that should go without saying but it's important enough to mention.

Comparing yourself to your own older work is also a great way to see your progress or how your style has changed (or hasn't changed). It's a good benchmark to make sure you are always learning and growing.

It helps, but not required to have the image be similar in some way: location, foreground/background elements, etc. Here's a comparison of my work over two years from 2010-2012 that I had done. 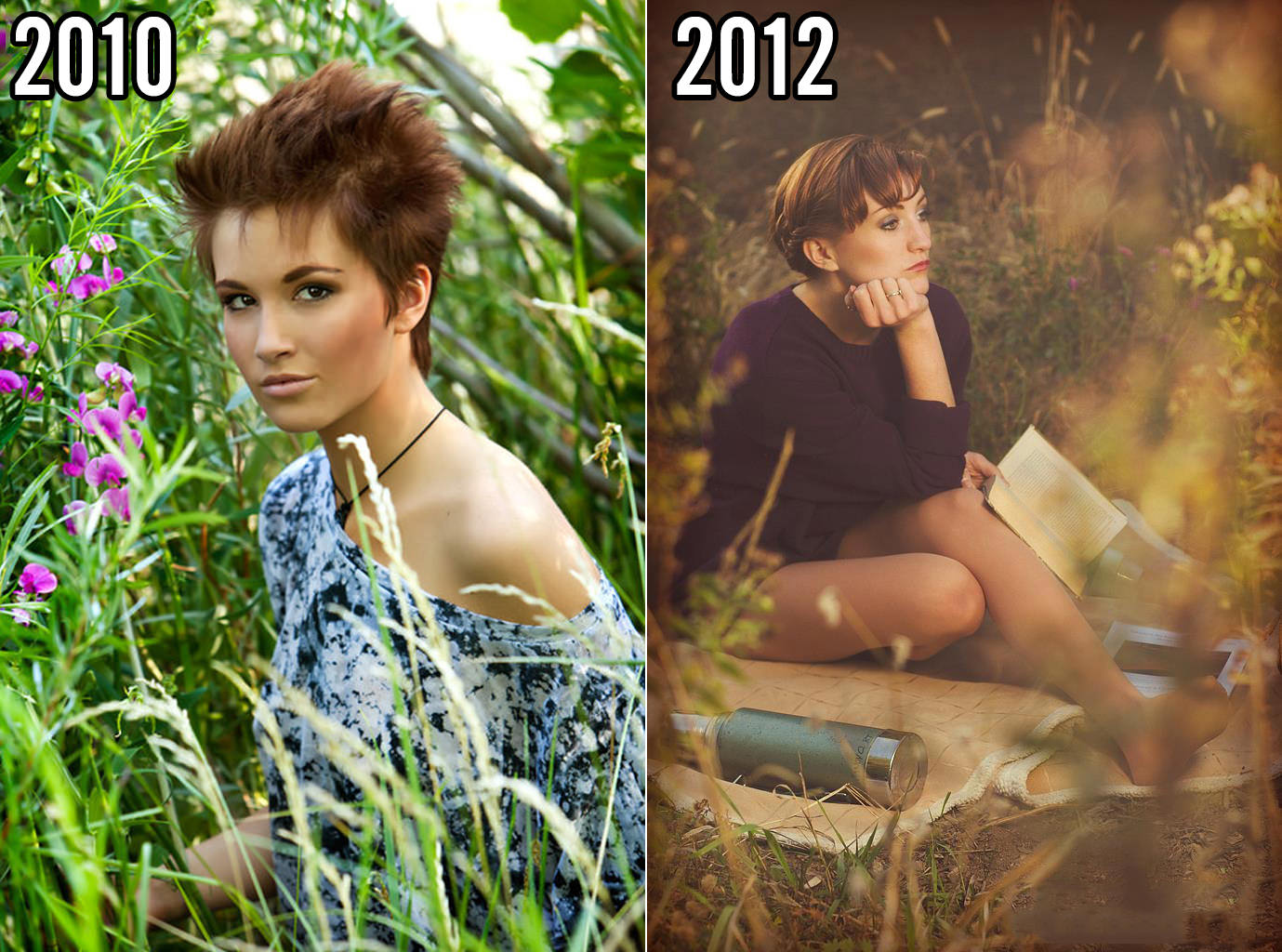 Changing style and quality. Bokeh, DOF, and color grading were all changed.

For some of my headshot work, I have evolved my style to be more about the cinematic colors, while working to improve detail and quality. In this example, the old shot was done on Phase One with a 80mm SK lens and the new one was again my D810 and Zeiss 85mm f/1.4. The coloring and style were the changes I was seeking.

New headshot style with more cinematic coloring, and a change in the details of the skin.

It may not always be about quality, but simply a style change. With my waterfall work, I had previously created this image with my Phase One medium-format system. 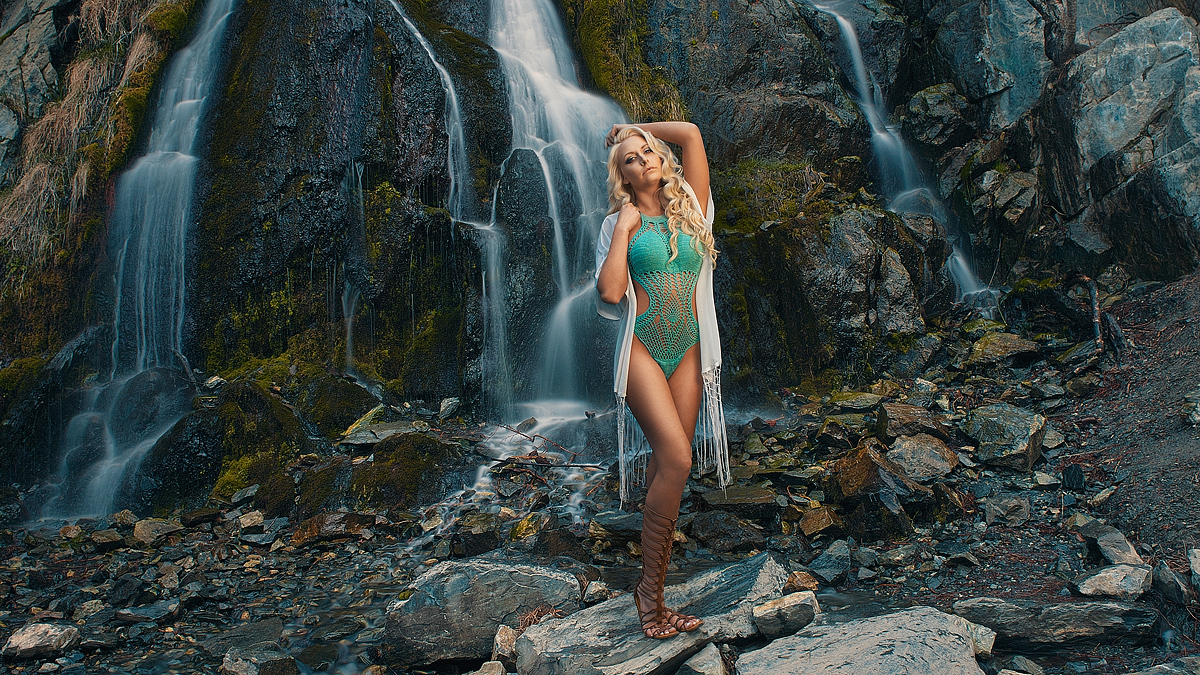 I liked that waterfall image, but I had wanted more "mood." I wanted better color grading and a certain feel to the image.

So when I felt the timing was right, I went back to the same location and created the one below with my Nikon D810 and Zeiss. 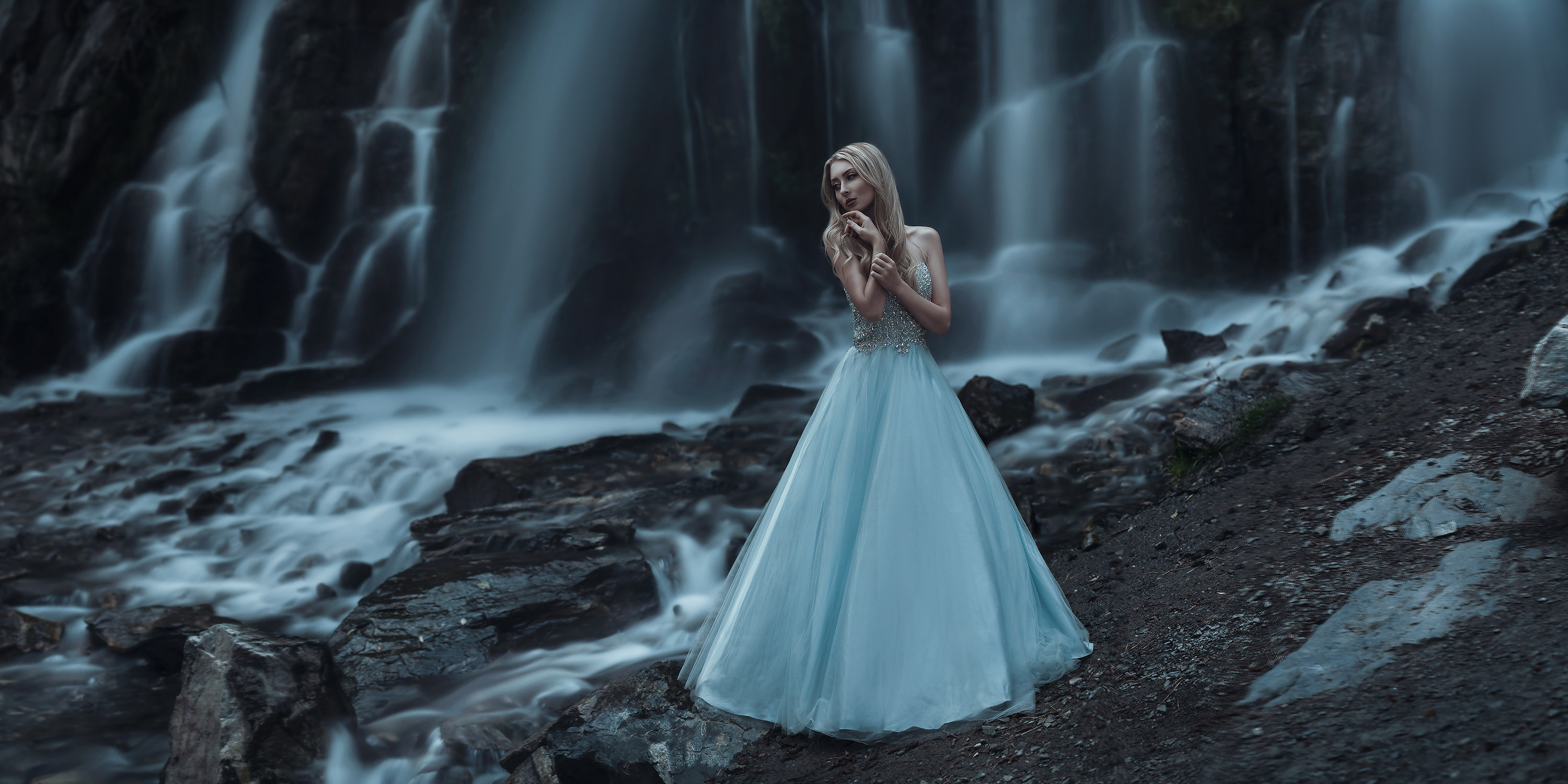 The style meant more than the camera system. A much more expensive Phase One system didn't do something for me that helped the mood, it was the way I chose to shoot it and retouch it is what gave me the feel I ultimately wanted and was the style I want my work to be.

Even though art is subjective, I very much believe there is such thing as "one better than another" and with that, I also realize there will always be someone better than me no matter how far I get. So I will always seek those people out and try to compare and analyze and fix anything that I may not be doing as well.

Education / August 19, 2020
What's the Difference Between a Snap and a Photograph?

Education / May 3, 2020
Should You Use the Different Metering Modes of Your Camera or Not?