We pride ourselves on being professionals who work incessantly to constantly become better photographers here at Fstoppers. Still though, we're human, and sometimes, we make mistakes. Here are some of the most memorable mistakes Fstoppers writers have made. 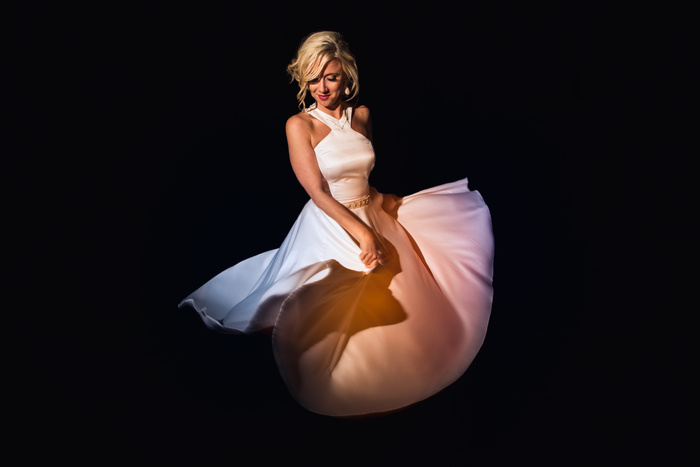 Jason is a wedding photographer based in Fayetteville, AR whose work I've always admired. So, it made me feel a little better to hear that even he has made some errors during his career. 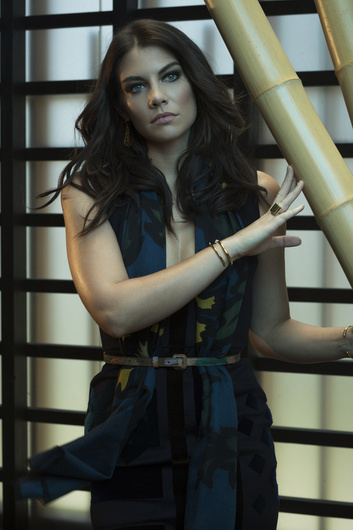 Isaac is a photographer based in Los Angeles, known for his emotive portraits. 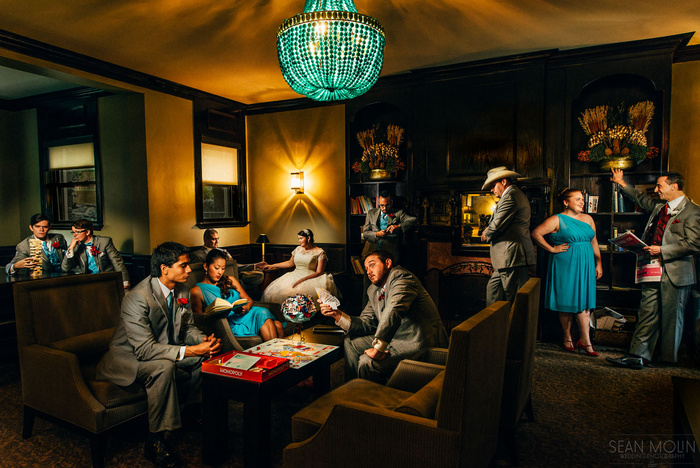 Sean is a photographer based in central Indiana who specializes in weddings, live music, seniors, and family portraits. He notes some of the mistakes he's noticed along the way: 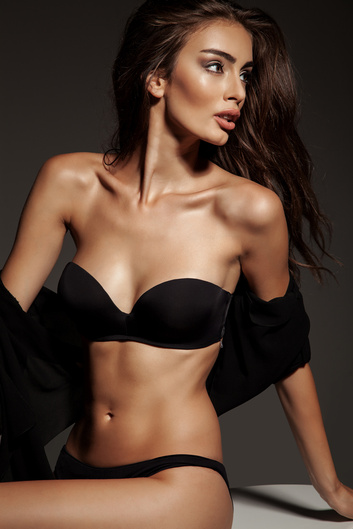 Burak is a Australia-based photographer and creative retoucher who specializes in fashion and advertising.

In the first years of my business, I accepted all work, said 'yes' to everyone. This was the biggest mistake.

Ryan is a landscape photographer in the upper Midwest. He makes a great point about something that I still continue to catch myself doing:

Not charging enough for extras because you are worried about losing a sale.

Stephen is an Ireland-based videographer who works in broadcast and digital media.

Jason is a traveling writer and photojournalist based in California. Thinking back to my first wedding, I certainly sympathize with what he went through:

At my first wedding, I left a lens caps on, and some guy shouted, 'your lens cap is on, noob!' I was shooting blind, holding the camera over my head. It still echoes in my head. Also, I no longer own a lens cap, likely for that reason.

Robert is a London-based portrait and fashion photographer.

I didn't pre-scout a shoot location for a band, because it was a bit of a hush-hush elite members club. I arrived, and it was extremely cramped, dark, and cluttered. I had a makeup artist, band manager, the band, and a few others all awaiting some magic to be woven. Then, my lights died. If you want to see how you handle pressure, this is a pretty good litmus test. Moral: Preparation is everything.

Rob is an Australian wedding photographer and musician.

I hot-wired a Yongnuo flash to avoid the overheating cutoff so I could get more shots out of it for a first dance, and the plastic on the front of the bulb melted off.

Lee Morris
gone with the wind 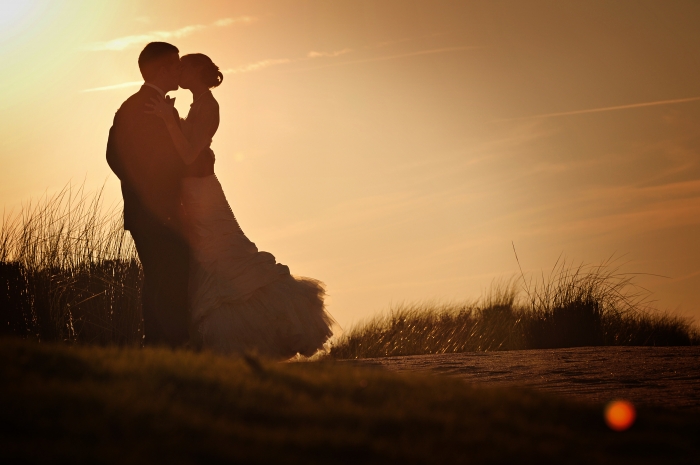 Lee is a Charleston-based wedding photographer, and together with Patrick Hall, he's our fearless leader here at Fstoppers.

I created a coupon and put it in a magazine ad.

Peter is a Toronto-based commercial fashion photographer. I have to admit that I've done the exact same thing he did with a swinging camera.

I'm a Cleveland-based photographer, composer, and mathematician specializing in portraiture and landscapes.

I had just gotten serious about photography. I decided it was time to upgrade from my Canon t3i and kit lens to a Canon 7D and EF 70-200 f/2.8L IS II, and boy, did I think I was hot stuff. I used to wear that thing like a gold chain just to show off that I was a photographer. In reality, I was just some guy with a nice camera. I shot everything in Servo mode and high-speed drive mode, because rather than compose a shot and carefully focus it, I figured it was better to have 500 shots and let statistics dictate that something passable was probably in there. I posted on Facebook that I was giving away free headshots to play with my new toys and had eight people sign up for two back-to-back days.

The night before the first set of sessions was a beautiful early summer night, and I went out with some friends, and of course, I brought the camera and followed everyone around like I was their personal press photographer. Doing so meant bumping up my ISO to 3200. Now, the original Canon 7D is a fantastic camera, but past ISO 1600, the files are pretty muddy for documentary work, and entirely unacceptable for something like headshots.

The next day, I went to shoot the headshots. At the time, as I was still learning, I was shooting in aperture-priority mode. My shutter speeds were hitting the top of the camera: 1/4,000 s, 1/8,000 s, etc. I distinctly remember thinking "these shutter speeds are really fast," but of course, I didn't stop to check my settings. I went home that night, left my camera on the shelf without offloading the files or checking the settings, then went back and did it all the next day. It wasn't until I finally finished all eight sessions and went home to offload the files that I realized that I had still been shooting at ISO 3200. I had very little retouching to do, because no one's skin had any real texture left. I learned several important lessons: always check your settings, always retrieve your files the same day you shoot, and don't be an arrogant prat.

We're all human. Even the best of us make mistakes, but of course, being a professional means learning from them and minimizing them in the future. Do you have any funny or insightful mistake stories? Share them in the comments!

Lead image from Library of Congress, used under public domain.

During a friends "free wedding shoot", It wasn't until I was on frame 40 something that I realized my 36 exposure film wasn't advancing in the camera. There's TWO mistakes in one event. I learned from these mistakes. I don't do "free" anymore and no longer shoot film. (which I do miss sometimes)

Back in the 80's I opened my camera to change film during a football game and I forgot to rewind the existing film in the camera. I'll never forget that feeling, like being punched in the gut.

Bet you shut the back as fast as you could too in an "attempt" to "stop the light". Been there...done that and I"m still not faster than light.

I'm laughing at your comment because you nailed it. When i took that "exposed" film to the darkroom I thought, "maybe, just maybe". And NO.

Summer '93 when living in Manchester went off into the Peak district with my dad to spend a day shooting the railways. After an hours drive, arrive on location with perfect lighting and summer weather conditions only to realise that my camera was still sat on my bed...

1) Forgetting to change ISO when changing film. I went boating with friends and I had Kodak TMAX 100 loaded in my camera. The new roll of film was Kodak BW400CN; I forgot to change the ISO from 100 to 400. I learned the wide latitude of BW400CN. The images were "acceptable".
2) Forgetting to change the shutter speed. I use 1/1000 to advance film to the first frame on a new roll. I left it at 1/1000 for Fujichrome Velvia 100 for the first 8 shots of The Masters golf tournament before I noticed my mistake.
There's a regret about not ordering Kodak TMAX 3200 with next day delivery from B&H. It would've been a gamble to get the film delivered in time with the Jewish Sabbath approaching before I photographed a historic event.

Ha! I've done most of these... Nothing worse than being on a 4 cam vid shoot and not having enough batteries. Pulled out a point and shoot to finish.

I've done the wrong ISO thing a few times. I went outside, changed from my indoor setting of 640 to 100 for outdoor shots, then went back inside to continue shooting with my lights. "Why the hell is this room sucking up so much light? My flashes are all at full power!"

As far as formatting cards go, I'm deeply paranoid about it so usually won't format until I'm done editing. You know, just in case my computer mysteriously blows up before backup is finished, I'll at least have the info on the card.

On my very first portrait shoot (film days), I bought tungsten film because I was going to be shooting with hot lights. It wasn't until I had the film developed that I even remembered my bulbs were daylight balanced. D'oh.

Trudged 5 miles to do a landscape shoot. I left my flat at 3:30am with a bag full of filters, lenses,tripod,flask of coffee and snacks. In fact everything except my camera.

A more fun question is whether the biggest mistake happened twice? :)

Did you not ask any female photographers?

Of course I did; I posed the question to all our writers.

I went directly from a real estate shoot where I was bracketing to a model shoot with full studio lighting and I forgot to switch off the bracketing mode. It took me 45 minutes to figure out why my exposures where all over the place. I was sooooo embarrassed!

Hmm - it took just over 2 months to extract 16 comments, Alex. I think some of the readership is tongue-tied.
Apparently my worst was a shoot I did for a friend of mine - on film, without producing prints - just handing over the negatives, for him to deal with later. When he did, I received a withering blast - they were all action shots, and although the exposure appeared perfect on the negatives, I apparently used too slow a shutter speed throughout the shoot. This only showed up when he tried to print them.
The shameful part of that was, it was a subject I wasn't familiar with. These days, I'd do a test shoot and inspect it minutely before getting to the serious stage of a shoot.
Fortunately I never advanced past "serious amateur" so I haven't ever left the bridal couple with no record of their special day. When I read an article like this, I really feel sorry for the pros. Whatever problems I cause end up causing pain to nobody but me.