How to Add Hand Controls to Sony Alpha Series Cameras

Not since the Canon 5D Mark II hit the market have we seen a camera series as a technology revolutionary as the Sony Alpha series. I’m speaking specifically about the a7S, a7S II, a7R II and the a6300. Let’s look at the a6300 for example, 4K video output, great low light capability, an awesome autofocus capability, frame rate options and lens options, all for under $1,000. All those options are packed into a camera that weights 14.3 ounces with a battery.

However, with all those perks, one of the biggest complaints about using a Sony Alpha series camera is the location of the record on/off switch, especially when you’re using a cage or shoulder rig. As an alternative, Sony users have opted to run a Remote Control, like the Sony RM-VPR1 Remote and literally tape it to their grips. Unfortunately, it’s not the most ergonomic (or professional looking) solution and the tape eventually disengages We can all hope that when it eventually happens, you’re not on set.

So let me preface this article by noting that I wouldn’t have been able to conduct research on this topic without the help from my friends at B&H. You guys are always amazing and I cannot thank Val enough for all of his help.

Fortunately, MOVCAM developed a LANC Cable to be used in conjunction with their Anti-Skid Controlling Handgrip. You can use this same cable with the stock FS7 controls and still retain the Start/Stop and Zoom functions if you’re using Sony PZ (Power Zoom) lenses, like the Sony E PZ 18-105mm f/4, Sony E PZ 18-200mm f/3.5-6.3 or Sony FE PZ 28-135mm f/4. As anyone who’s looked for FS7 controls can tell you, finding a replacement or standalone unit is literally impossible. Which leaves us with one solution: Finding LANC controls that are compatible with the converter and Sony Alpha series.

After about two hours of testing different lenses and hand control combinations, I found that the reliable and consistent performing solution was one of two options: The FS7 Hand Control or the cheaper solution: The Sony RM1BP Remote Commander. Both would need to be used with the MOVCAM a7S LANC Cable. Both the FS7 hand controls and the Remote Commander allow for Recorder On/Off and Zoom Control (with a compatible PZ lens). Neither unit seems to control focus.

Follow this link for a list of Hand Controls that are compatible and not compatible with the Sony Alpha series.

Jeff... what am I missing: Sony RM-VPR1 works perfectly fine with A7Sii/A7Rii with all zoom, record, lock, AND focus functions you'd want? $60 from B&H and none of that adapter stuff. Even the variable zoom speed control works perfectly fine and it includes remote mount. Use it all the time with my PZ 28-135 F4 and used it before with same success on the cheapo 18-105 F4. 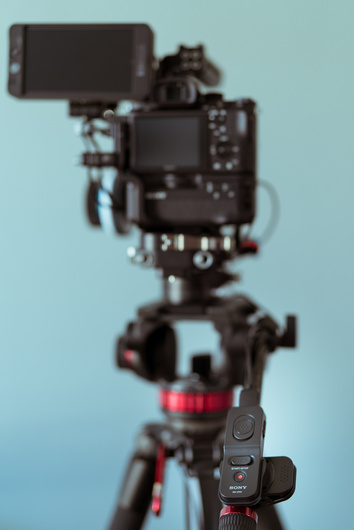 Great question! Versatility on a ton of other hand grips aside from the thin ones that come with traditional tripods. You can mount your camera on an assortment of different rigs without having to tape it down. Also, you're able to control your zoom speed with the new control.

The ability to have LANC controls opens the doors to more possibilities of grips outside of the RM-VPR1... For example, if you prefer the FS7 control instead... You now have a solution for that. :) 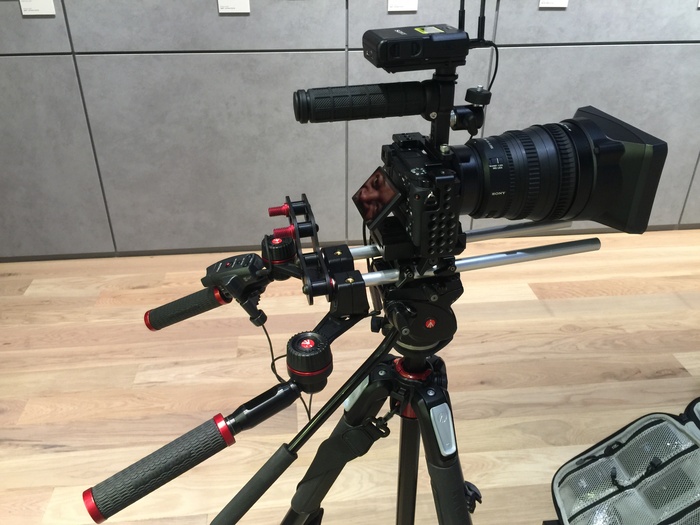 Hm, I don't think I follow... Your solution for having all these controls for A7xx and A6300 cameras suggests that the only way to get these controls on a budget is the adapter + a remote... for $300.

What I'm saying is for $60 you get identical controls, in a smaller package at a fraction of the price. There's literally nothing that RM1BP offers extra for A7xx and A6300? The handgrip I mount it on is of pretty standard diameter found on just about every tripod, including those that come on pro Manfrotto and RRS video heads, nothing special about it.

Anyhow, hope you don't mind me chiming in!

Hi Alex, can you explain how the variable zoom works on the $60 adapter? I'm going to be filming figure skating from a tripod and would like to get smooth, slow zooms on my 18-105 F4 without having to reach at the lens control.

Also, it hurts just looking at that zoom hanging from 6300, LOL, you gotta support that puppy! Even on the much more robust A7xx Mk2 bodies you can see it being too much for the mount, the gap at the top is clearly visible as the lens pulls away from the mount without support ;) 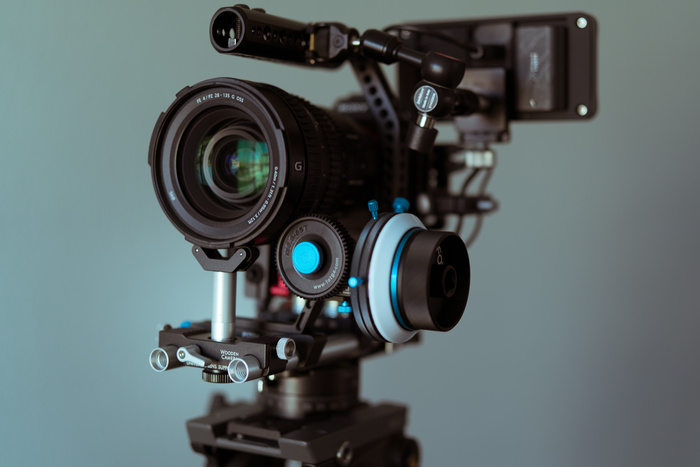 One of these days, my wife and I will visit NYC. B&H is on my bucket list of places to visit. I hope that I win the lottery before I visit B&H. I bought my 5D III from B&H, and they are my regular source for film and also used Canon FD lenses. I bought a rare Macrophoto 20mm f3.5 lens from B&H.

Sony RM-VPR1 like mention by others works the same, even the infrared wireless one.

I mostly adapted canon lenses for manual focusing. There is an option of CLEAR ZOOM in the menu that allowed you to zoom any lens (limited amount) with no lost of quality. It works in camera and i love it.

The best part is that the focus is not changing when zooming on any lens and you can do smooth zooming with the remote.