How to Make Impactful Photos With an Ultra-Wide Angle Lens

My go-to wide-angle lens of choice for the past one and a half years has been the Sony 12-24mm f/4. Besides having a decent build quality and being relatively sharp from edge to edge, it is also super wide. At 12mm, it covers 111 degrees on the long side. That is a lot of landscape! The main problem I see for beginners using such a wide field of view is that they end up including too much information within the frame. This, in turn, makes for some confusing photos. However, when you have learned how and where to use this lens, it can help you create some impactful photos. 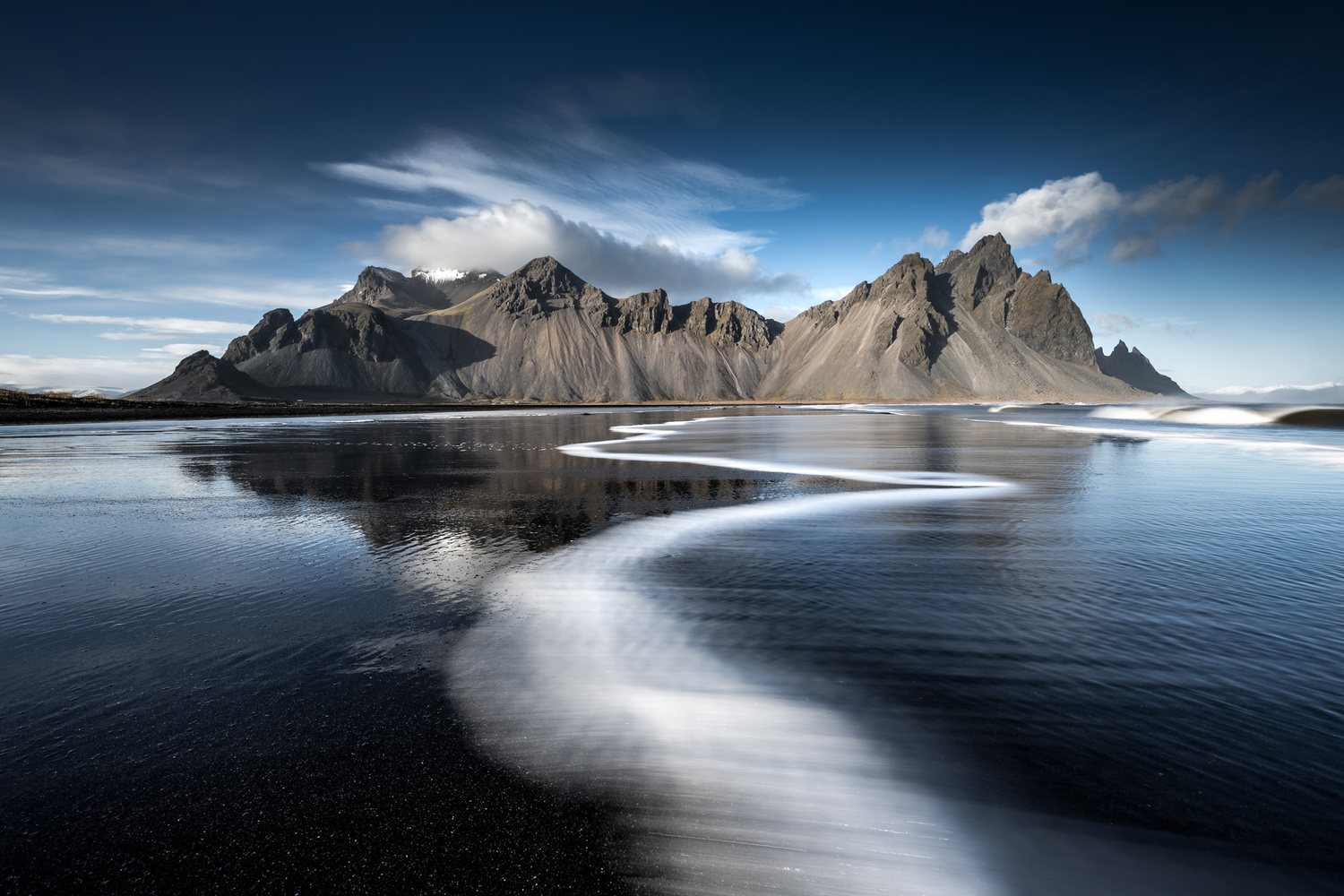 Stokksnes is a huge area in Iceland. The closer you get to the mountains, the wider you have to shoot.

Where to Use It?

Like any other lens, it takes a bit of practice to learn how to use it, and that is what my video this week is all about. In the first part, I focus on where to use it. Some landscapes are just so big and impactful that you will need an ultra-wide-angle lens to capture the entire scene. In my experience, it is especially at certain locations in Iceland, such as Kirkjufell (see below), Stokksnes (see above), or the Faroe Islands, where the specific scene is so large it requires an ultra-wide-angle lens. For some reason, I find myself using longer focal lengths in the Alps, but it surely does come down to the specific location. 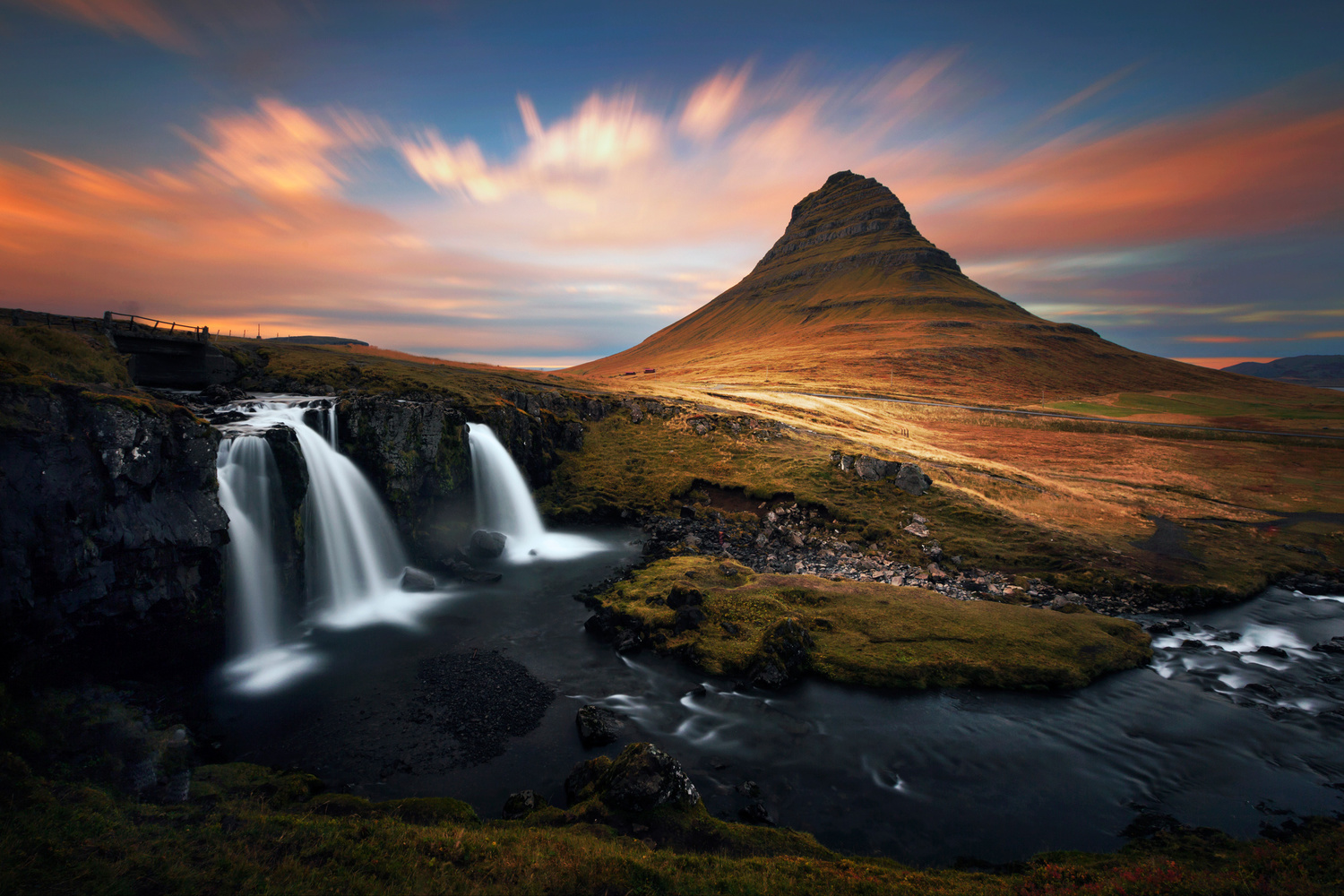 Shot at 16mm, you can have both the mountain and the waterfall within the frame.

Another thing I focus on in the video is how the ultra-wide-angle lens distorts the world around it. This can be used to elongate different elements in your scene if you get close to them. We all know the example with a bench in a park where the part of the bench closer to the camera looks bigger. This can also be applied to natural objects such as rocks, chunks of ice, branches, and bushes. When you elongate an object, you also emphasize its depth, and it is this depth that gives a feeling of the photo being impactful. One such example is the photo below from the famous Ice Beach in Iceland. When I photographed this photo, I stood very close to it, which emphasized its shape. 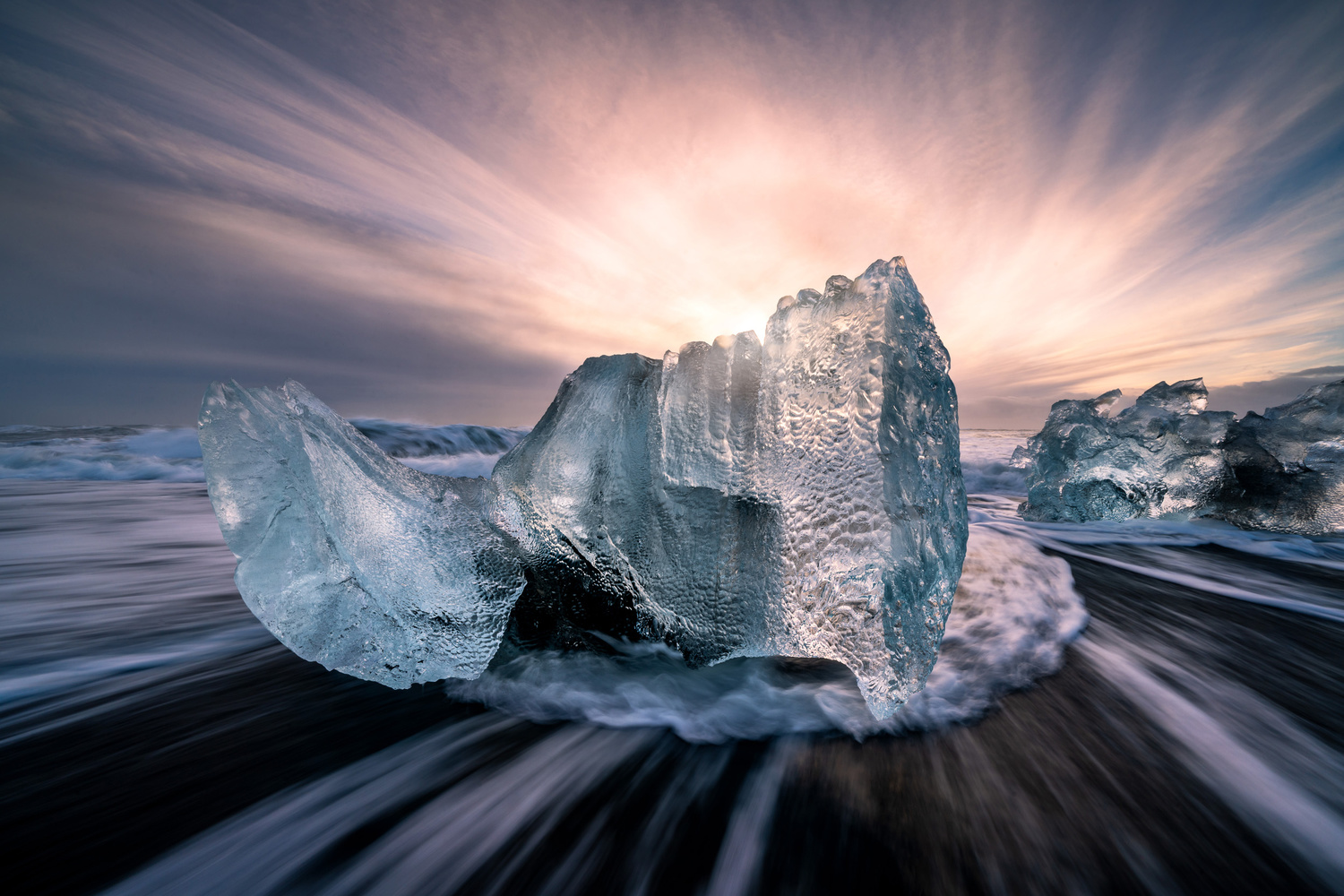 Getting close to these huge chunks of Ice does not come without a risk.

However, probably the most effective way to use an ultra-wide-angle lens is by finding and getting low and close to a foreground. With the close minimum focus distance of wide-angle lenses, you can get very close to objects, which means you can use almost anything as a foreground. This opens up a world of possibilities for different and interesting foregrounds. 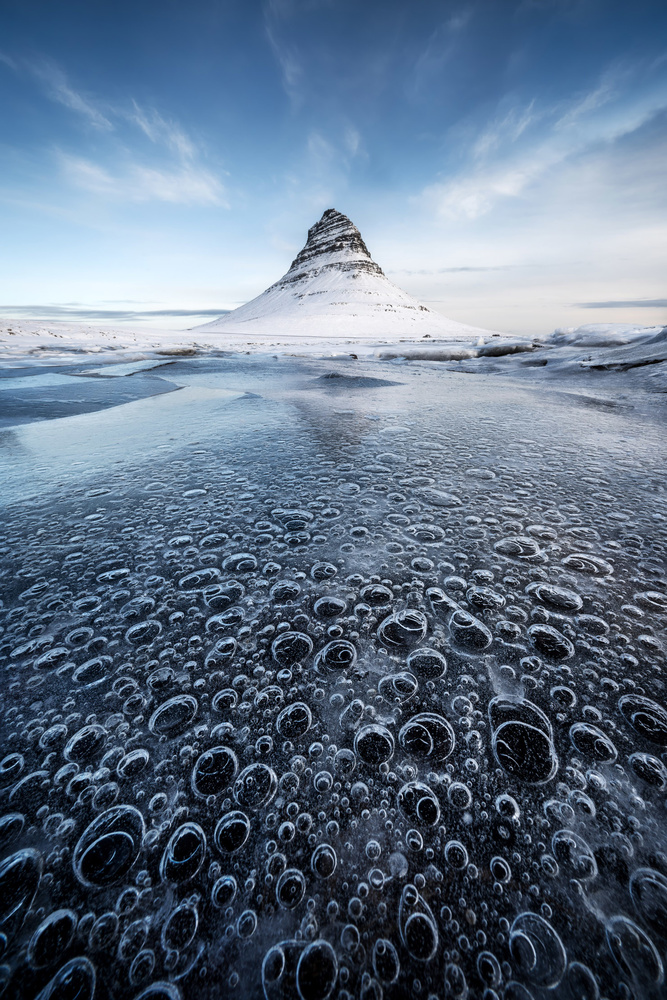 I had to focus stack this image, as I was at minimum focus distance for the bottom of the photo.

Since the lens covers such a wide field of view, you can actually have the bottom of the photo point straight down while still have elements such as mountains or trees above the horizon. Combining this with getting low and close to your foreground, you elongate the entire scene in a very impactful way, where it feels like it is falling out onto the face of the viewer. 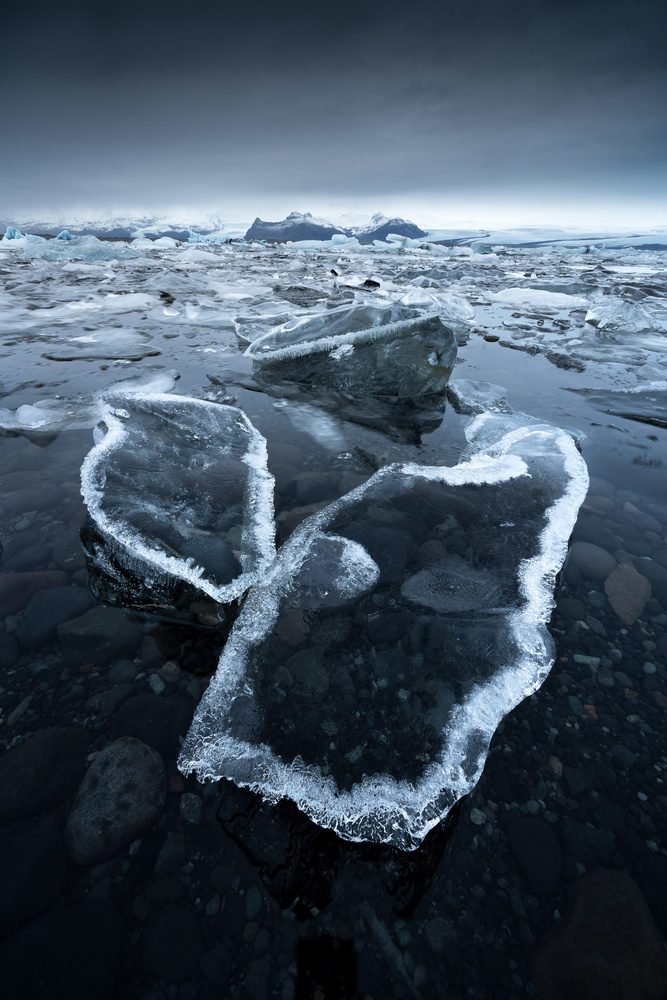 I had to clone a tripod leg out of this photo!

Throughout the video, I share many different examples of my points. Check it out above and let me know below how you like the ultra-wide-angle look. Is it too impactful or one you like?

Beautiful photos but I really like #1 & 4 from the article the most... Haven't watched the video yet but it seems like a great technique to give a unique feel to a scene

These wide angle shots just sucks you in. Brilliant Mads!

Thanks a lot, Hans! They do indeed!

Just like you say it: many like to use it from the start when beginning with landscape photography. But often it covers too much and makes for a less impactful image. When used like you do, it is a very powerful tool though.

Thanks a lot, Kai and yes indeed. I feel the urge to use the wide angle less and less ;)

It’s all about making that distortion work for you 😀

Some great thoughts you have put into this article and video Mads!

Thanks a lot, Mikkel!

Stunning imagery and wise words. Thanks for sharing.

Thank you, Sapna. Coming from you it means a lot :)

Best 11 minutes I have spent in quite awhile. I will apply a lot of what you presented very soon.

Thank you very much, Paul! That means a lot :)

Mads, I really love your work, it is brilliant, and that is the very reason I don’t want to do ultra wide or wide angle photography myself.

Not sure I follow that logic, but thanks a lot! ;)

Because I would only replicate what you do, and I don’t want to copy someone else’s expert picture making. I would love to do those sort of pictures in your (Great) Britain gallery, I love them. I would like and try to be me and not you or Nigel Danson or Thomas Heaton etc. Does that makes sense?

The power of the wide angle perfectly explained in this article. Great one Mads!!! ;)

The power of the wide angle perfectly explained in this article. Great one Mads!! :)

So good it had to be said twice.