A Primer to Shooting Film in 2020: Film Stocks

With the popularity of film photography getting traction, it’s time you get caught up. Let’s talk about your film options.

The is the second of the three articles meant to act as an introduction to film photography for those that are looking to get into it as well as those that have maybe shot through a few rolls but still want to learn more. The first article, about choosing a camera, can be found here.

Overall, nearly all film stocks fall into one of three categories: color positive (a.k.a. slide film), color negative, and black and white film. Each film type has their own strengths and weaknesses that can make one more ideal than another in specific situations. Before I begin, I will note that I’m sticking to film stocks that are still made today and can be purchased at B&H. There are additional films that can be purchased through B&H and even more from boutique dealers (e.g. The Film Photography Project) of film that you would have never known existed.

Color negative film is probably the most popular choice for film stocks today. It is processed using the C-41 developing process, which conveniently is the exact same regardless of film stock, so if you’re processing at home, all of your color negative film can go into the same tank at the same time, and all of it can be processed with the same chemicals. If you’re not processing at home and you’d rather have it done by someone else, most all (if not all) places that still develop film will do C-41. They may not do any other film type of film, but they typically will do C-41 if they’ll do any processing at all.

The roster of available color negative film can honestly be a bit dizzying if you’re just starting out. A quick search on B&H returns 67 options that can be purchased as a single roll and/or as part of a pack with multiple rolls. If you intend to start with medium format (commonly referred to as simply “120”), the selection drops to manageable nine total options. What’s more, if for some reason, you’re starting with large format, the selection is even less.

So, where does one begin? Regardless of what format you’re starting with, the common consensus is often with one film stock, Kodak’s Portra 400 (a review of which can be found here). Arguably, the most popular film stock out there right now, Portra 400, is a color negative film that embodies much of what people find desirable about film photography — that is an abundance of exposure latitude, the ideal amount of color saturation, a relatively fast speed, and really pleasing grain. It’s frequently compared contemporary, Fujifilm’s Pro 400H, is also a 400-speed color negative film that is available in 35mm and 120.

A much more affordable and good alternative for Kodak Portra 400, which can be quite pricey for everyday photography, would be Kodak Gold 200. The main caveat being that it is only available in 35mm. Other good, non-professional 35mm alternatives that are more affordable include Fujifilm Superia 400 and Kodak Ultramax. There are, of course, other film stocks which may be to your liking and tastes as there are so very many films available in 35mm that are not available in the larger formats.

As for options available in 120, there’s Kodak’s Portra family (160, 400, and 800) and Ektar, a wonderfully saturated film that boasts the finest grain of any color negative film and is available for most formats from 35mm to 120 to large format. Fujifilm only has one offering, Pro 400H. Otherwise, there are two options each from Lomography and Cinestill.

Slide film is definitely my favorite type of film. If you’re just getting into film and you don’t have a camera with accurate and dependable aperture priority mode, I do not recommend it. That said, if you do actually have an accurate and dependable meter, there is nothing quite like slide film. With 35mm, you can get them mounted to actual slide holders, which is a really nice thing to have, but not necessary to fully appreciate the unique quality of slide film. If you’re shooting medium format (or even better, large format), slides are just so beautiful. Setting my film on a light table brings a smile to my face every time.

Compared with color negative film, the dynamic range is pretty pitiful and varies pretty wildly depending on the film stock. Further, converse to that of color negative film, Kodak only has one option and Fujifilm (Fujichrome to be specific) has multiple offerings. Kodak’s one option is Ektachrome E100 and though it is the only offering from Kodak, it is at least offered in 35mm, 120, and 4x5. In 35mm and 120 only, Velvia 50 is often considered the slide film of all slide films. It is very saturated (a bit too saturated, if you ask me) and has the narrowest dynamic range of all the available slide films. The other two films in Fujifilm’s offerings are Velvia 100, a far more magenta-forward alternative to Velvia 50, and Provia 100F RDP-III, available up to large format. I don’t have too much experience with the Velvia stocks; however, Provia 100F is hands down one of my favorite films ever.

It should be noted that for slide film, dissimilar to that of negative film (be it color or black and white), you should err on the side of underexposure rather than overexposure. Slide film is quick to overexpose, and when it does, you lose all detail in those blown-out highlights.

For those that are unfamiliar with my work, I absolutely love black and white film. There is something about it that makes it so much more uniquely film that color negatives or slide film cannot offer. Perhaps it is because it is so much more flexible or maybe because the grain structure or characteristic curves are so much more unique — I don’t know. I will say this, though: my favorite thing to do with black and white negatives is making wet prints in the darkroom. Much like the joy of seeing slide film on a light table, holding a wet print of one of your favorite photos brings so much joy. Even better, there is no reliance on the quality of a scanner or printer so your prints tend to be higher quality than what you could get out of a scan/print.

Unlike color negative film or slide film, black and white negative film generally comes with more options, it is cheaper, and it offers a greater selection to choose from. With as many as there are in all formats, I’ll spare you the full rundown and jump straight to my favorites as a suggested starting place. For 100 ASA film, you can’t go wrong with Kodak TMax 100, Fujifilm Neopan Acros II, and Ilford Delta 100. None of those are traditional grain films, and as such, they offer a high degree of acutance with unobtrusive grain even in 35mm. For 400 ASA films, I really love Tri-X in 120 but not so much in 35mm as I find the grain to be a bit much. For all formats, I really like TMax 400 however, unlike Delta 100, Delta 400 doesn’t have the same appeal to me. For really fast films, there are two: Kodak TMax P3200 (only available in 35mm) and Ilford Delta 3200 (available in 35mm and 120).

That's about sums it up for covering the main film types. If you already shoot film, do you have suggestions for particular film stocks? Any advice you’d give someone in choosing a film stock?

I really like Fomapan films. Best bang for your buck, in my opinion. As far as I know, they're the cheapest films available and they're really good. I shoot almost exclusively with Fomapan these days. Go check my Instagram account for some examples ;)

Even funnier, the technical data sheet that you can download at the bottom of the page you just linked says that "DELTA 3200 Professional has an ISO speed rating of 1000/31° (1000ASA, 31 DIN) to daylight." You're confusing EI and ISO.

Thanks for the clarification. I think Ilford needs to tweak their documentation. I have shot Delta 3200 Professional and in my experience you can get an actual ISO 3200 but you have to process for the next higher ISO if you are using Kodak developers.

Why use Kodak chemistry these days?

Because in my area the Kodak chemistry is easier to find than Ilford. The closest decent camera store is four hours away on a good day.

I'm a 50/50 hybrid shooter but, experience aside, I believe it's worth mentioning that some modern film profiles for digital shooters are quite good and accurate. The best known ones are arguably RNI - both images below are processed with RNI film profiles. But also for the Fuji Pro 400 shooters the DVLOP profiles are equally good. Apart from the clipping prevention and marginally better highlight recovery, which are both kind of signature features of RNI, the DVLOP's Fuji Pro renders very nicely too. 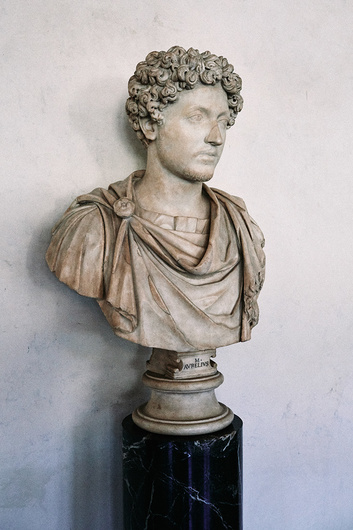 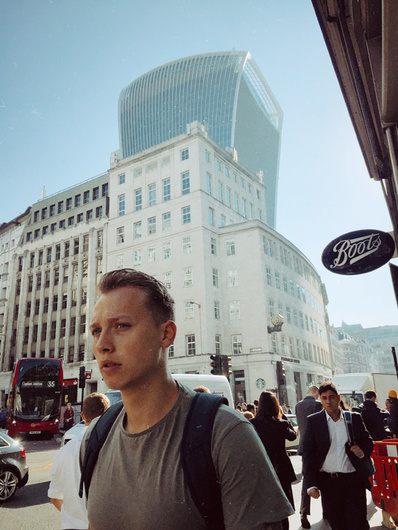 You might mention archival qualities. After almost 80 years behind the camera, I am interested in leaving a body of work intact. I'm glad I started with Kodachrome in 1946. All of my slides look brilliant and fully-saturated as they did when received from the big Kodak lab in Hollywood. It was a 4,000 mile round-trip for them! Kodak stopped lacquering Kodachrome with a finish containing mercury (a fungicide) in 1970 and my later chromes have been marred with fungus tracks. Fuji claims 75 years useful life from RVP 50 in dark, cool storage. I'm happy I began using that stock from its introduction. So far, I haven't noticed any fungus tracking in ambient, uncooled storage here in San Diego. We average about 70 degrees F. and humidity is seldom oppressive, due to sea breezes and a big desert behind us which helps modulate weather extremes. Of course, black and white films have survived for well over 100 with little degradation. As far as I know, C41 negatives sustain losses and changes of color and contrast faster than reversal stocks, but some of that aging can be reversed with post-production software. At 86, my old body could use a little post-production magic, too! I enjoy your fine research and interesting journalism.