Three Simple Reasons to Return to the Same Location

Returning to the same landscape photography location several times can vastly improve your photos. Here are three reasons to why returning is a good idea.

As I have managed to make a living from landscape photography, where running tours and workshops make up a substantial amount of my income, I get to return to the same locations several times a year. One of these locations is the characteristic sea stack arch Drangarnir in the Faroe Islands. So far, I have been to this place six times. Once during autumn, twice during spring, and three times during summer. 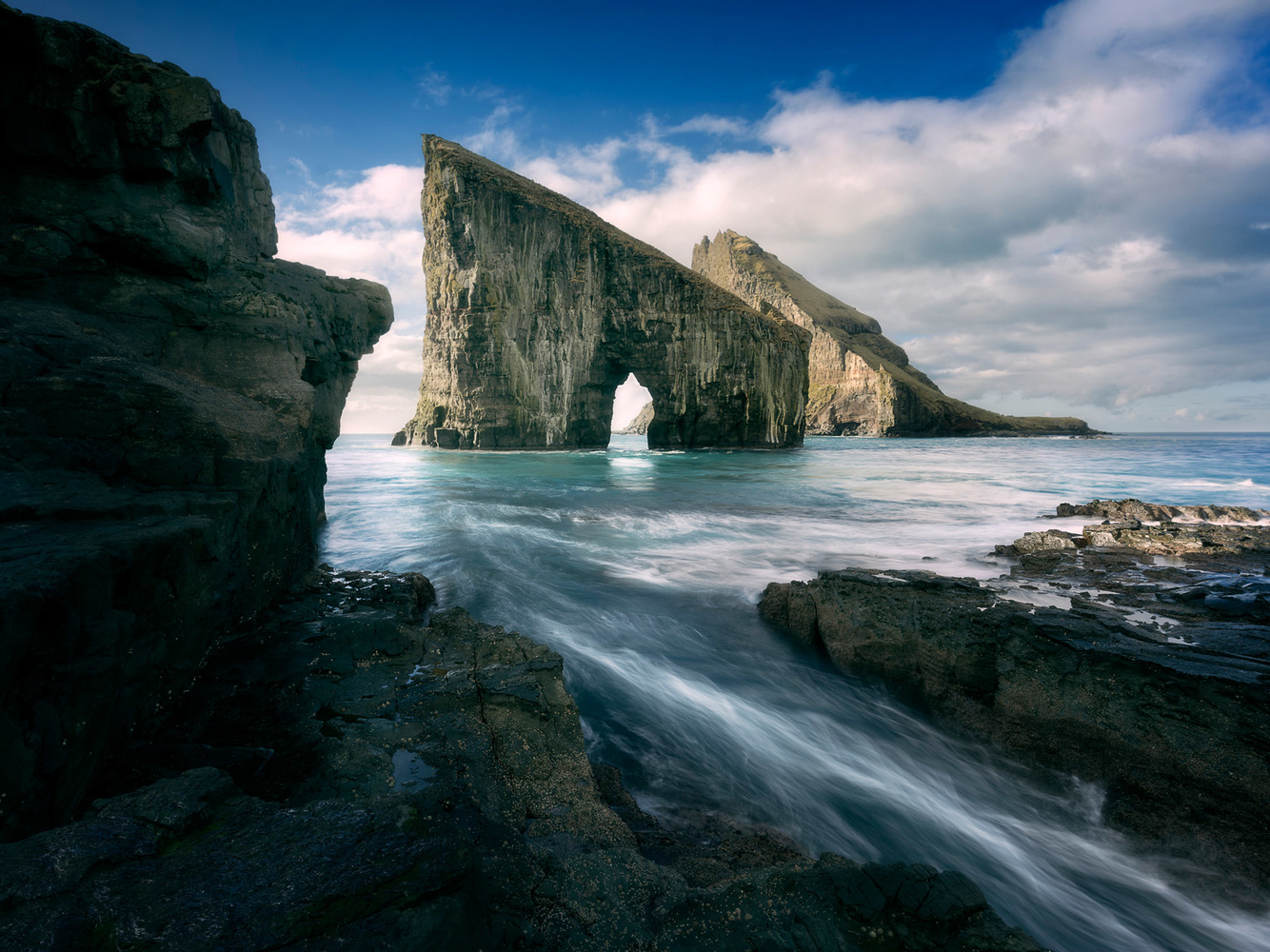 Learning From Past Mistakes

The first time I visited was during March 2017, and I honestly did not know much about this place as only few people have been there before me. First mistake was to vastly underestimate the hike out there with the result of bonking. Not bringing any food and too little water. That is a mistake I will never do again as it hurts your creative flow and you might have to abandon your “mission”.

When you get back in front of the computer and starts analyzing your photos, you also see all the minor mistakes, which you could have avoided by moving the camera an inch to the right or left or up or down. Generally, what you learn by analyzing your photos is experience you can apply to other locations.

Improving Your Odds in Regard to the Weather

The first time I went to Drangarnir, we had “good weather” in the sense clear blue sky with a few white puffy clouds (the photo above). As we did not have food or water and knew the trail back, we decided to go before we got caught in the darkness. On our way back, we did got one shower, which gave some nice and dramatic conditions, and it did bring me a good photo but had we stayed for sunset at the main location I could have got the shot there instead. 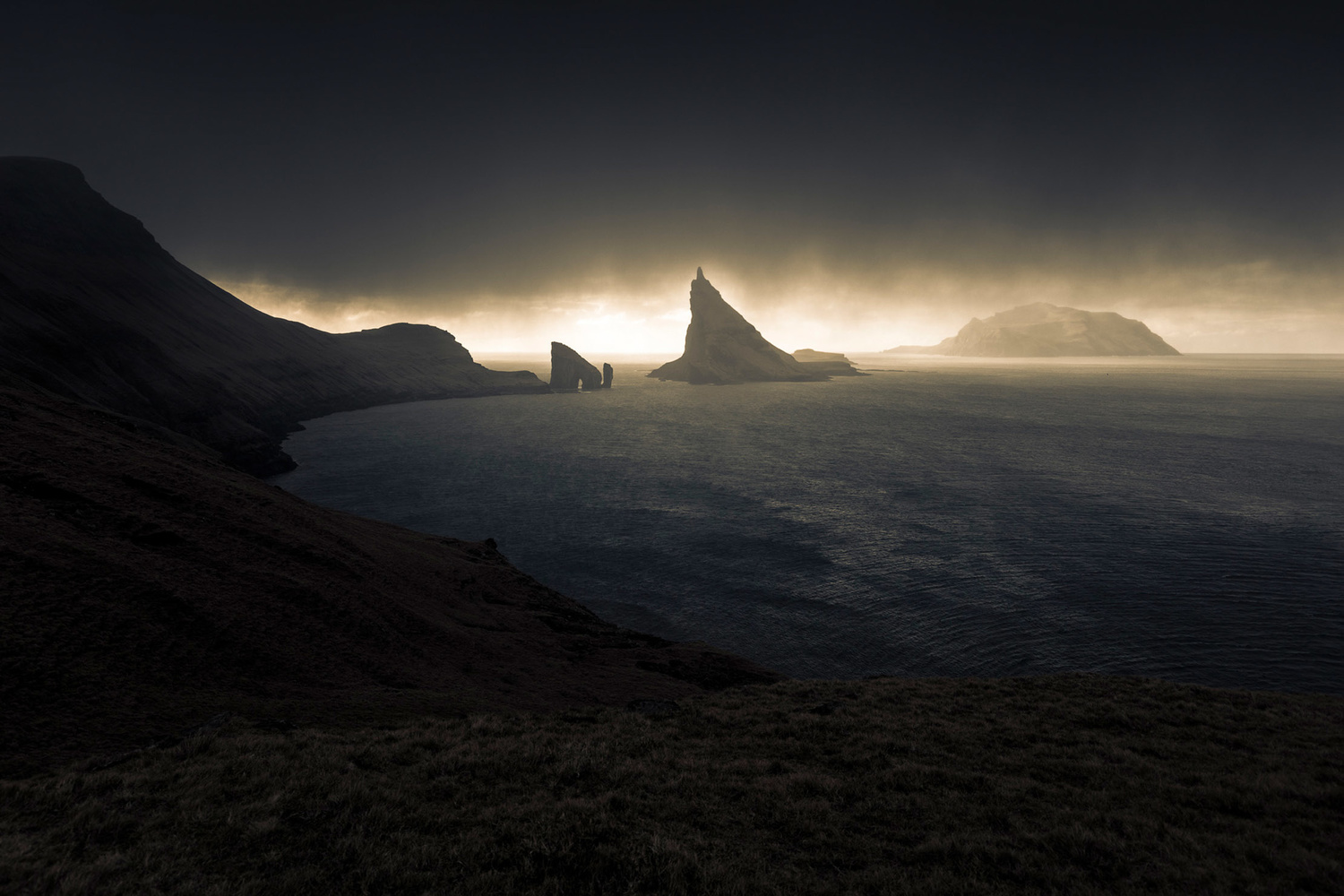 When I returned one and a half year later I came prepared and we had the chance to photograph through the sunset. I got one of my favorite photos from 2018. 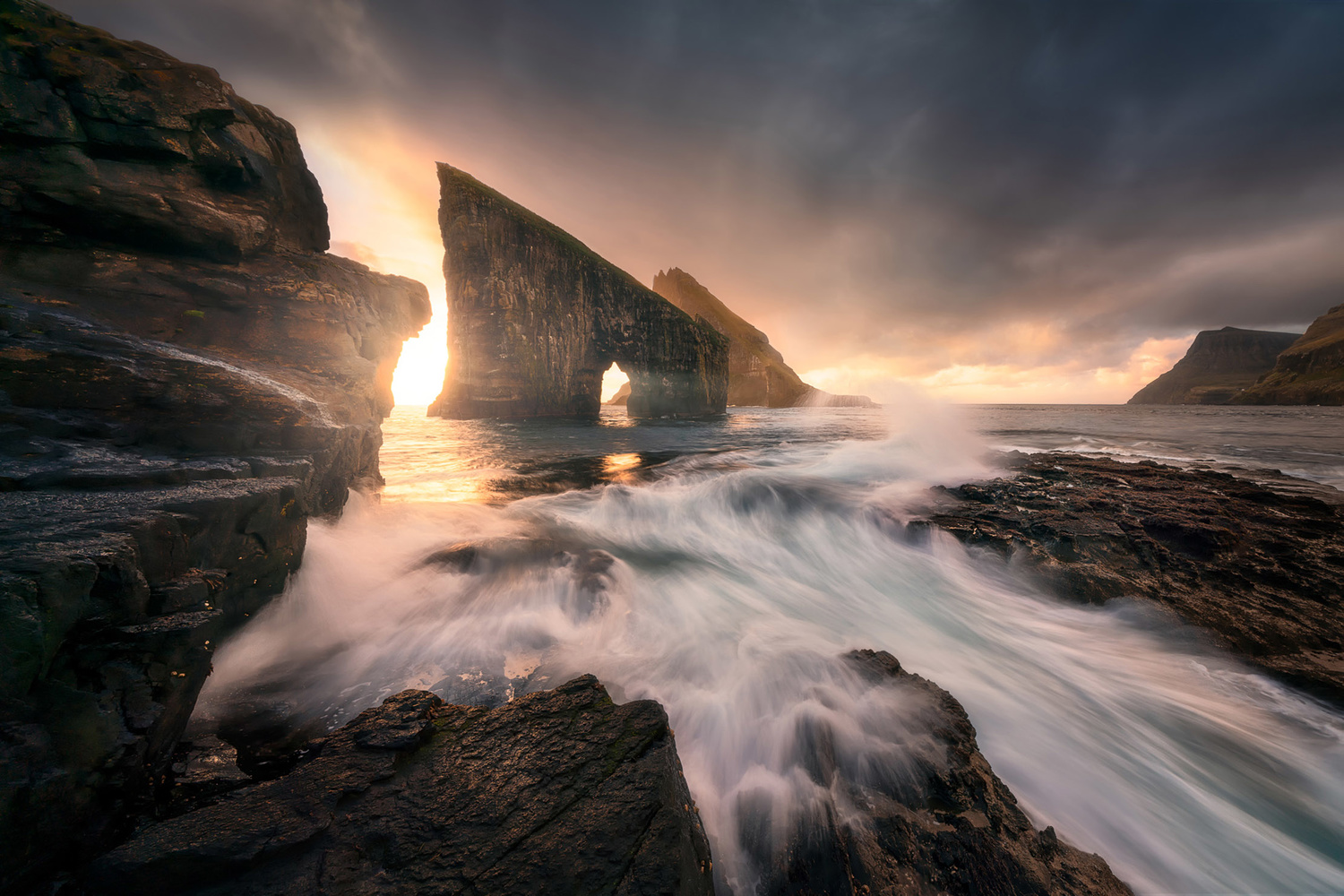 A few weeks ago during June and July, I returned three times. It was quite interesting visiting the location so many times within such a short time span. The first time we had a cloudy sky with almost no action in the sea, so it made for some very minimalist and ethereal compositions (check out the video). The second time we got the best display of light I have ever got at Drangarnir and the third time, we had pretty interesting light all day and got a decent sunset with a few minutes of really great light.

There are several viewpoints along the hike towards Drangarnir. One in particular have been on my mind since the first hike, but the weather had never been good for taking this photo. On this last hike, I finally had some conditions I could use. We had a lot of haze in the air that gave a great atmosphere. 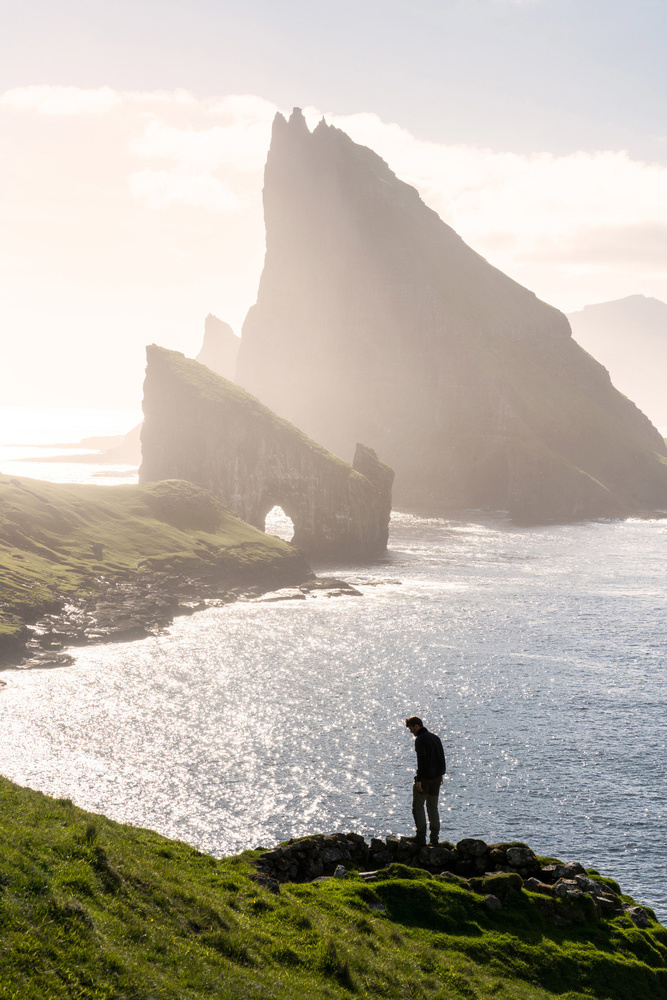 The third reason to returning to the same location several times is you get “the shot” out of your system. The main reason I go to all these extraordinary landscape locations is that I have an idea about what I want. It is not necessarily the “famous” photo from a certain location I want, but I do have a good idea of what I am after. I do not go to “explore,” I go to fulfill my previsualized vision. I personally have a hard time focusing on something else than “the goal” and not before I have what I came for do I free up my mental capabilities for exploring and experimenting.

As I already had “my shot,” I got to explore some cliffs from a higher perspective, on the last tour. I found some rocks with some cool leading lines. A place I have never gone despite having been in the area five times before. Most of the time I use to answer questions from the participants, work as the “human element” in their photos and make sure everyone is safe, as there are many places where one can slip and fall. 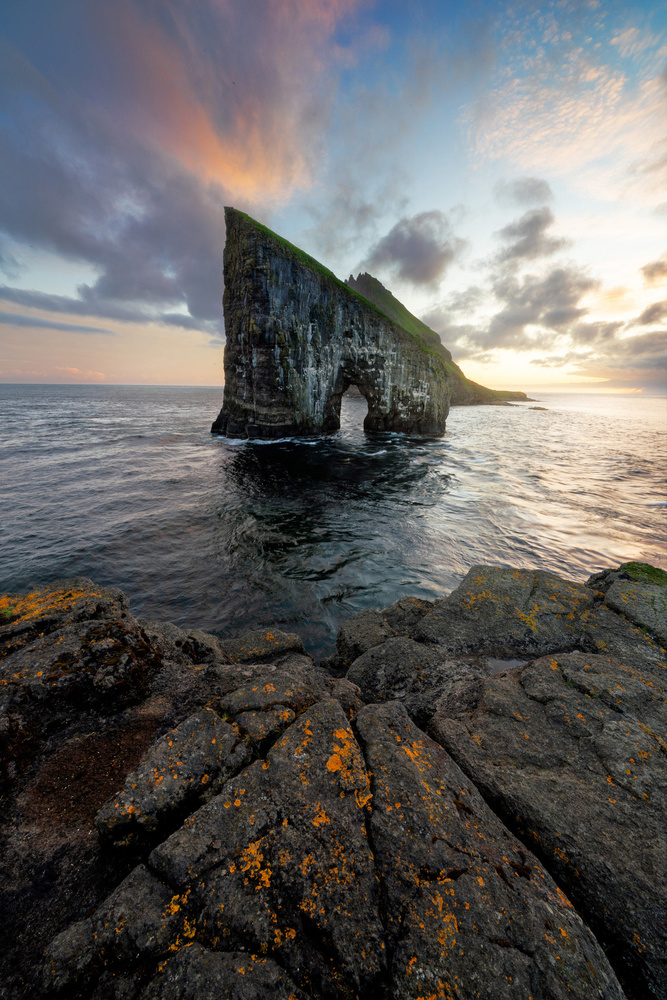 So these were my three reasons to return to a location. Check out the video above where I share even more photos from this beautiful location and let me here if you have other reason to revisit a location.

I completely agree. Last year I was out taking shots when I crawled up under a pier and took a surprisingly good shot. Then earlier this year I woke up early and went to the same spot to get a sunrise and took an even better photo. Yes, taking a new look at a previous location is very worth our time. Good post. 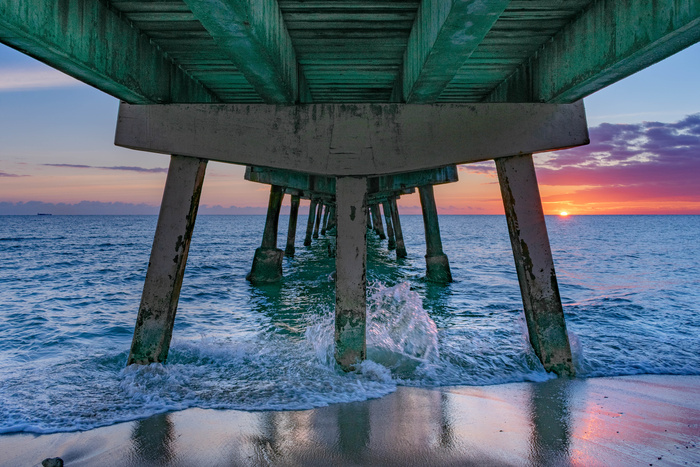 Every location deserves a revisit. You could go 100 times but only find the one time the light and weather was perfect. You don't have a to travel far to do this either. Use an area close to you that's practical. When you look at other photos and wonder how did they get the shot? More often than not, the work was put in. Photography can be a gamble if you're inexperienced though. This can build up a false hope from one good shot. There is a lot to learn to be consistent though. In the end, going the same location several times to find different compositions or lighting can be helpful. It doesn't matter if you're experienced or new. You'll always learn something new.

Amen to that! I completely agree :)

would not mind returning to that location several times :)

Hehe I would love to see what you could make here, Hans!

I can only agree Mads and if there's someone that can do this then it's you! I really admire your jump to a fully committed landscape photographer! Respect from your danish buddy!

Thank you so much, Mikkel! Highly appreciated :)

There is nothing wrong to return, and not only once, to the same place. Although the cliffs, rocks, mountains, cabrins will be the same, the wearther conditions will always be different, so the pictures too.

Im really enjoying your last videos. Keep it up Mads!!

Thank you so much, Aritz! I'll keep it up for sure!

a year and a half of attempts to be able to take this picture :D 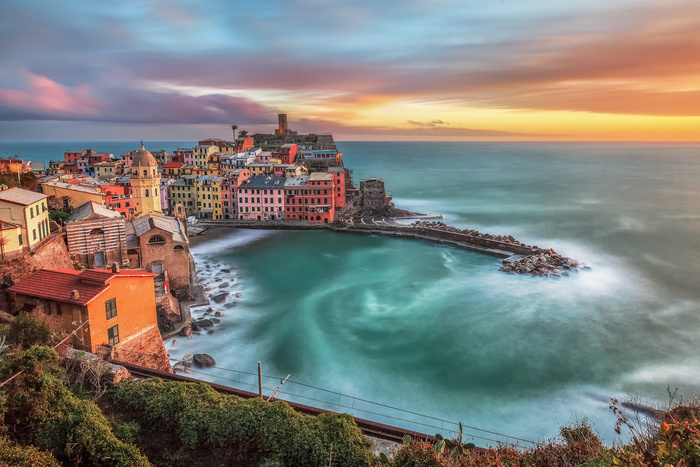 And it worked out!