Turn Miserable Conditions into a Success by Ignoring Your Feelings

A scratched car, tiredness, and terrible weather are just some of the things you might encounter in your photography. I was hit by all three on a late evening in the Faroe Islands.

Back in June, I visited the Faroe Islands for the second time. Since the first time was such a success and I fell in love with the islands, I knew I just had to go back. One of these days turned out to be a rollercoaster ride of feelings.

We had already visited several locations during the day, when we ended up on the northernmost island of the Faroes, Viðoy. Sadly, the weather was terrible. Showers kept rolling in, which was disappointing, and we were tired. Since we had driven all the way up there, I at least wanted one photo, which I could take with my drone.

We found what looked like a small parking lot and I asked my partner to drive down into it. Sadly, I had completely miscalculated how low the rental car was and we managed to scratch the front of the car. This on top of the tiredness and disappointing conditions was just depressing. I could even look forward to paying the $500 excess.

I managed to get a drone photo, but admittedly, I was not too optimistic about it. Having at least returned the drone safely, we had to get back up onto the road. As the car was too low, I had to stack broken off asphalt to use as a ramp. Did I mention it was raining too?

We managed to get the car up onto the road, and safe to say, I was not in the mood for photography. Being embarrassed about the car and disappointed about the weather, we started to head back to our accommodations. 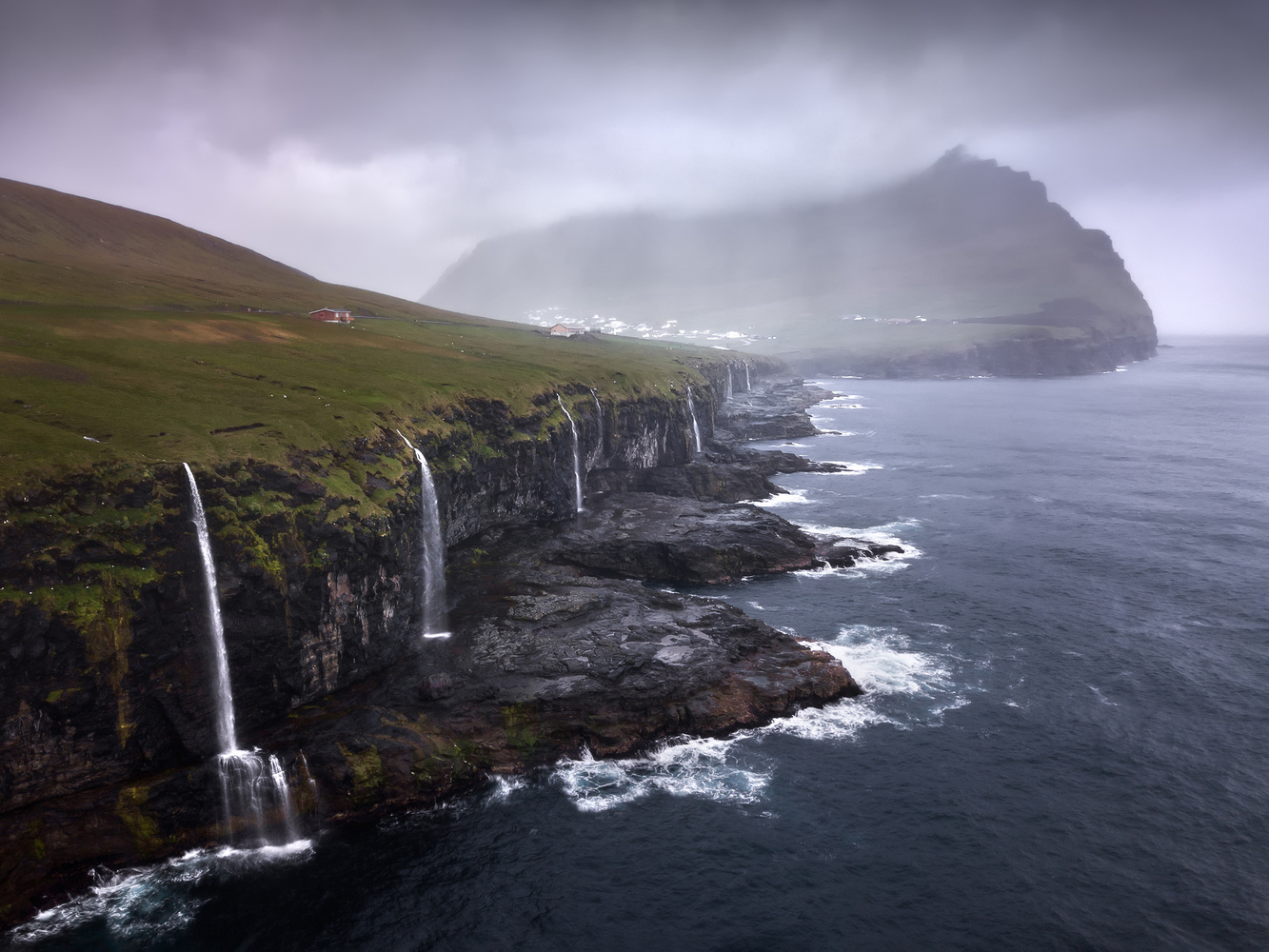 Having only driven a few kilometers, I realized there would be no going back. I had to get the footage I planned for. Realizing that feelings are just feelings and they will pass gave me enough mental strength to ask my partner to turn the car around. We returned to the small settlement, parked the car, and went on the hike I had planned.

The mountain I wanted to photograph required a small hike, and luckily, the clouds did not cover the mountain. As it was summer, it was not terribly cold, and with the late hours, there were a special mood in the air. We found the location I wanted to use as a foreground, and when I was satisfied with what I got, my mood had improved a little. We even decided to hike a bit farther up the mountain, and here, we found an even better foreground.

Despite the “bad” weather, I managed to at least bring home a few photos. 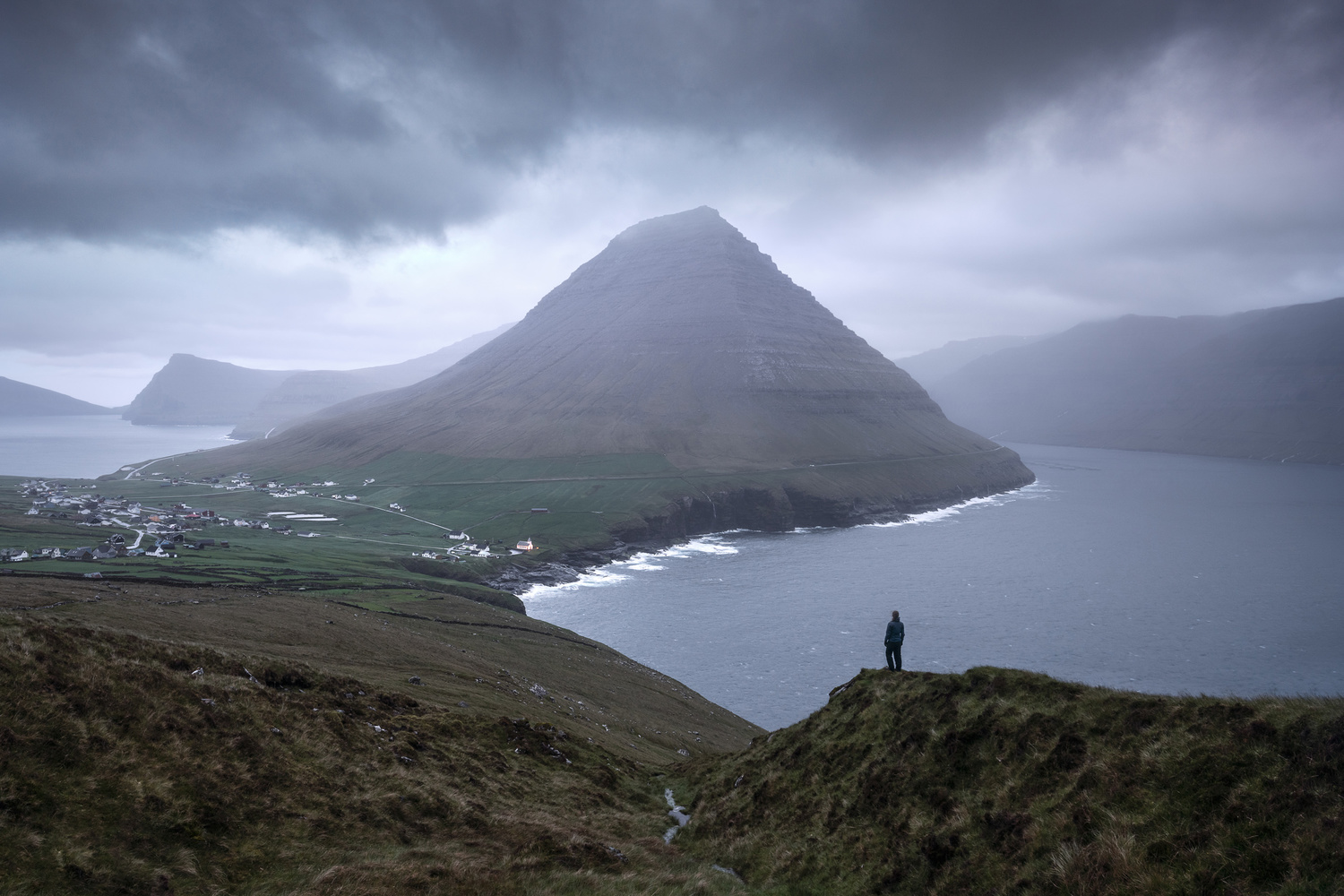 The mood was amazing. Very depressing. Do not let it overtake you.

Looking Back on It All

After the editing process, I was very satisfied with my two photos. Actually, they turned out to be two of my favorite photos from 2018. One of the most interesting things to take away from all of this is I would not have got them if I had given in to my mood. I had to get the footage because of my YouTube channel, but what I really got confirmed yet again is bad weather is not bad, you do not get the photos you do not photograph, and feelings really are just feelings. Looking back at it, I have managed to turn my thoughts about that miserable evening and night into an experience I really treasure!

Check out the video above to see my story from that evening.

Have you had a similar experience?

You are absolutely right! No excuse 😀

That headline is sooo Danish. :)

That personal feelings are to be suppressed whenever possible. It’s practically the national sport! :)

I’m just being a jerk. I love Denmark.

Haha! From my experience Danes are fairly vocal, but I guess it's all relative ;)

Maybe they’re different where I lived in Northern Jutland (Thy).

I was shooting some travel & tourism work for a Caribbean island years ago before the days of GPS. I decided to shoot the sunrise and in driving to the east coast got hopelessly lost. I finally arrived at my destination at 2 PM in a pouring rainstorm. I was so angry I shot my car window droplets with the background blurred out as if to say, THERE's my freakin' sunrise! Moments later, the exact right combination of rain and sun put a full arc rainbow over the azure water, yielding arguably the best shot of the entire assignment.

That's such a fantastic story! 😁

Dramatic and changing weather is always a good time to get out. Don't avoid it, embrace it. 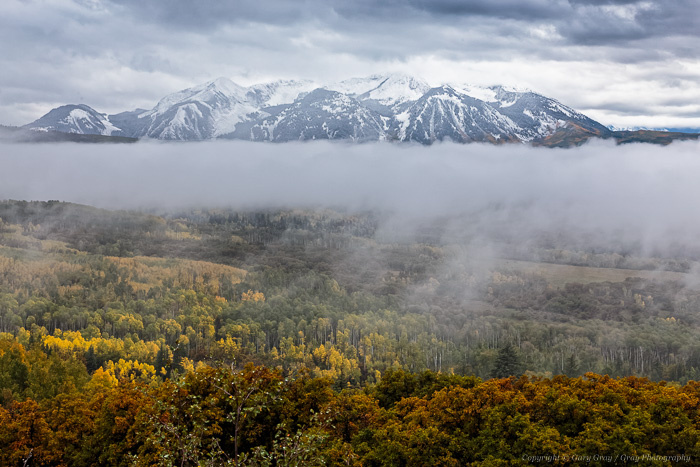 When you get older it's not just your emotions...your body sometimes is saying this isn't a good idea.