Understanding of the Relationship Between Resolution, Details, and Shutter Speed

This may be something that is obvious for some, but I noticed how many starting photographers struggle when it comes to understanding the relationship between resolution, detail and shutter speed, and how these things effect each other. This article is for those photographers.

Recently I had a discussion about the effect of resolution on the minimum shutter speed. As the discussion evolved it became clear how resolution was not quite understood. For the photographer it seemed to be very difficult to grasp the concept on how small movements will be seen more easy when resolution increases. That is when I realized how something that was quite obvious for some, is not always so obvious for others. Reason enough to write an article about it, and explain the concept and the relationship with simple words and some animated GIFs I made.

About the Minimum Shutter Speed Rule

There is a minimum shutter speed that can be used without the risk of blurry images due to shake. This rule may be familiar for a lot of you. It states that 1 divided by the focal length is the minimum advised shutter speed. The focal length needs to be corrected with the crop factor of the sensor because the rule is based on the magnification of the image. The longer the focal length, the narrower the field of view. The narrower the field of view the larger the magnification factor. Small movements due to shake will be magnified equally.

This rule is visualized in the next two animated GIFs. The inset shows the movement with a standard lens, and a tele lens. While the physical movement is the same in both examples, the one with the tele lens will show the movement much better because it is magnified.

This rule is ancient history, based on shooting 35mm negative film, as far as I remember. As you may know, the 35mm film is the same size as a full frame sensor. This rule is also more of a guideline because some people can hold a camera much more steady while others will have difficulties even with the shutter speed as calculated by this rule.

About the Resolution of a Sensor

We have come to an age where the digital sensor had significant higher resolution compared to the analog film. Let’s look at some basics to have a good understanding about resolution.

Let's imagine a sensor that can resolve details of 10mm at 1 meter distance. Objects that are 10mm in size, or larger, will be visible in the picture. Objects that are smaller won’t be visible. If an object is just 2mm in size, it cannot be resolved and will be invisible. If we increase the resolution of the sensor 10 times, it has more pixels. Because these pixels are 10 times closer to each other, it will resolve a detail of 2 mm at 1 meter distance. Suddenly the object that is 2mm in size will become visible.

Let’s step back for a moment, and look a the minimum shutter speed rule. For this example we use a 50mm lens, and the rule tells us 1/50 sec is fast enough to prevent visible camera shake. Now we look at the sensor again that can resolve details of 10mm at 1 meter distance. Let’s assume there is a movement of 10mm up and down due to camera shake. The movement is too small to be resolved by the sensor resolution and thus invisible. That is why the image will look sharp at 1/50 sec.

Next, we increase our resolution 4 times again. Suddenly we can resolve details that are 2mm in size instead of 10mm. Suddenly the camera shake of 10mm at 1/50 sec will become visible. The minimum shutter speed rule of 1/[focal length x crop factor] does not work anymore when resolution increases too much.

Where Is the Breaking Point and What Is the Solution?

Somewhere there is a breaking point where the minimum shutter speed rule doesn’t apply anymore. I haven’t found an exact number of pixels, but a lot of reading suggests it might be somewhere between 24 and 30 megapixels on a full frame sized sensor. If you do know the exact number, please share it in the comments.

When the resolution increases even more, like with the massive 102 megapixel Fujifilm GFX100 camera, even the 2x focal length might not be enough anymore. Perhaps you could divide the resolution by the 30 megapixels, which could be the breaking point as mentioned above. In that case you should use a 3x focal length in the minimum shutter speed rule when it comes to a 100 megapixel sensor.

How About Image Stabilization?

When your camera or lens has image stabilization, it will become much more easy to use longer shutter speeds than the rule tells us. This becomes increasingly convenient when using high pixels count sensors. It is possible to correct the minimum shutter speed by the amount of stops of the image stabilization. If your camera or lens can correct up to 4 stops, the minimum shutter speed of 1/100 sec will become something like 1/8 sec with a 50mm lens.

I would love to hear if you know what the resolution breaking point is, or the corrected rule for high resolution sensors. Please share it in the comment below. You are also welcome to share your thoughts about reducing camera shake and the solution you have. I am looking forward to your comment. 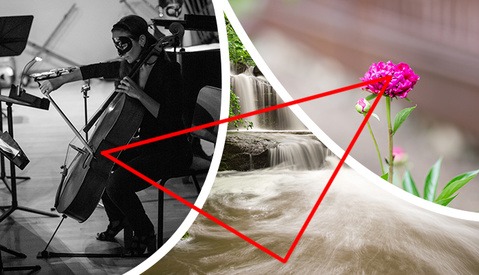 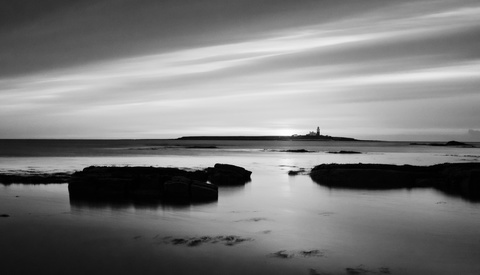 One note I'll make: I see a lot of misconception (not from your article, just in general) about this in regards to resolution and sensor size. A lot of people think that higher density sensors (e.g. a 24MP APS-C camera vs a 24MP Full frame) need faster shutter speeds since the pixels are smaller. This isn't true at all. Pure resolution is all that matters for the same FOV. Take an APS-C sensor that's 6000x4000 and a FF that's also 6000x4000. If your AOV is 50 degrees and your shake induces a horizontal displacement of 0.5 degrees, it will displace 60 pixels horizontally on both cameras. Because your AOV matches, the APS-C is using a shorter focal length.

Understanding that makes it easier to know your limits between different format sizes.

I keep my Z6 set with a minimum of 1/FL in most modes - it can certainly go slower because the IBIS is excellent and it's only 24MP. I have my U2 custom position set to approximately 1/0.33FL (the camera does give you exact figures, just a "low" to "high" choice of settings, so I'm approximating what it does). If the light is low enough, I can flip to that mode in half a second. Otherwise, I prefer to be as safe as possible, even though you can easily shoot the Z6 and get 4 stops of compensation from the IBIS, maybe more.

You are correct. People tend to compare resolutions between different sensor sizes. That was also the reason to write this article.
Thanks for the comment.

Great article and interesting topic! I've thought about this much myself and all I can really add is to give my own experience with this statement: "The movement is too small to be resolved by the sensor resolution and thus invisible."

I've found that there's no point when the movement isn't visible with real world images. Imagine a diagonal white line on a black piece of paper. If the camera tilts so that the line moves less than a full pixel, some of the light from the white line will still spill onto neighboring pixels... After all, you're taking an analog diagonal line and converting it into a digital matrix. This is visible as reduced sharpness (what some call microcontrast).

This is based on my incredibly pixel-peeping experience and testing. The conclusion is that, when shooting handheld, image stabilization is the only way to truly eliminate camera shake. Halving the shutter speed halves the visible motion, but never eliminates it. The best you can say when shooting handheld unstabilized is, "this is not perfect but good enough for me."

I agree with most of what you say but you can certainly shoot handheld unstabilized without settling for "good enough." Probably not at 1/FL unless your camera has 4 megapixels. But at 1/4000th or 1/8000th it's definitely possible.

The truth is that even with stabilization, the shutter or mirror mechanism can also introduce shake (true on a tripod as well). Though if you use EFCS (+Mirror Up on a DSLR) that would resolve that issue, or should.

And while my tolerances for image quality are very low (meaning low tolerance for image degradation), it's absolutely silly to be worried about displacement movement at the magnitude of a single pixel.

The diagonal line is a nice example. It is for all lines that are not perfectly horizontal of vertical, I guess. It is because pixels are.
But if you are looking this close to the photo, you are only looking at pixels and not at a photo. That is not the way to look at a photo, I think.

It is easier than I thought. On a compact camera like those Sony RX100 with 20 MP on a ~13x9 mm sensor the pixel density is very high. The same density on a full frame sensor would be about ~160 MP! Does this mean I have to multiply my shutter speed with a factor of 8? Not at all!

Therefore, you can use just 1/70 s shutter speed like you would do on a 20 MP full frame camera with a 70 mm lens.

If you have an 80 MP sensor, however, your pixel size would be only half the size of the 20 MP sensor. Then, you would use a faster (1/140 s) shutter speed to get the same result.

Conclusion: to prevent any misconception, you just need two numbers:
1) your pixel count of the frame (sensor) (e.g. 20 MP) and
2) your full frame equivalent of your actual focal length.

If your sensor has more px, you have to speed up. :-) Of course, image stabilisation improves the situation even more.