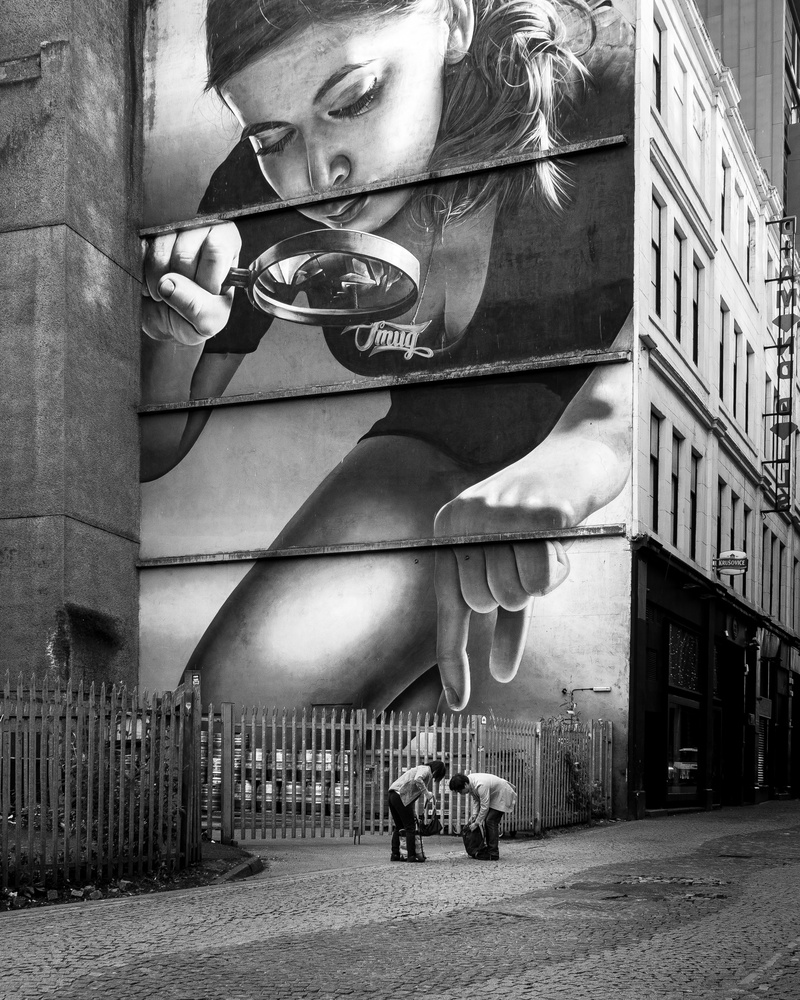 "Let me help you with that".

I took this photo in Glasgow in the Summer. I’d not been to Glasgow before but I was working there for a few days so I had the opportunity to head out in the evening. I like street photography images that combine the urban environment with people: so people in front of advertising hoardings or murals.

I did some research ahead of time and I found out about this mural on Mitchell St.

I spent about 30 mins in this spot. I took about 50 photos during that time, but this is a fairly busy street and many of the shots featured a car or too many pedestrians. Ironically, this image was one of the first that I took. The two people in the shot were a couple of Korean (?) tourists who plonked down their bag looking for something.

There’s not a lot of post-processing done on the picture. I needed to straighten the building (using Lightroom’s Transform tool) and I tidied up some scratches around the mural to make it look a bit cleaner. I chose black and white because there’s not a lot of colour in the picture, other than in the mural. The mural has the girl’s legs painted purple. This is quite distracting so I chose black and white to de-emphasise it.

This shot is brilliant. Makes me envious :)