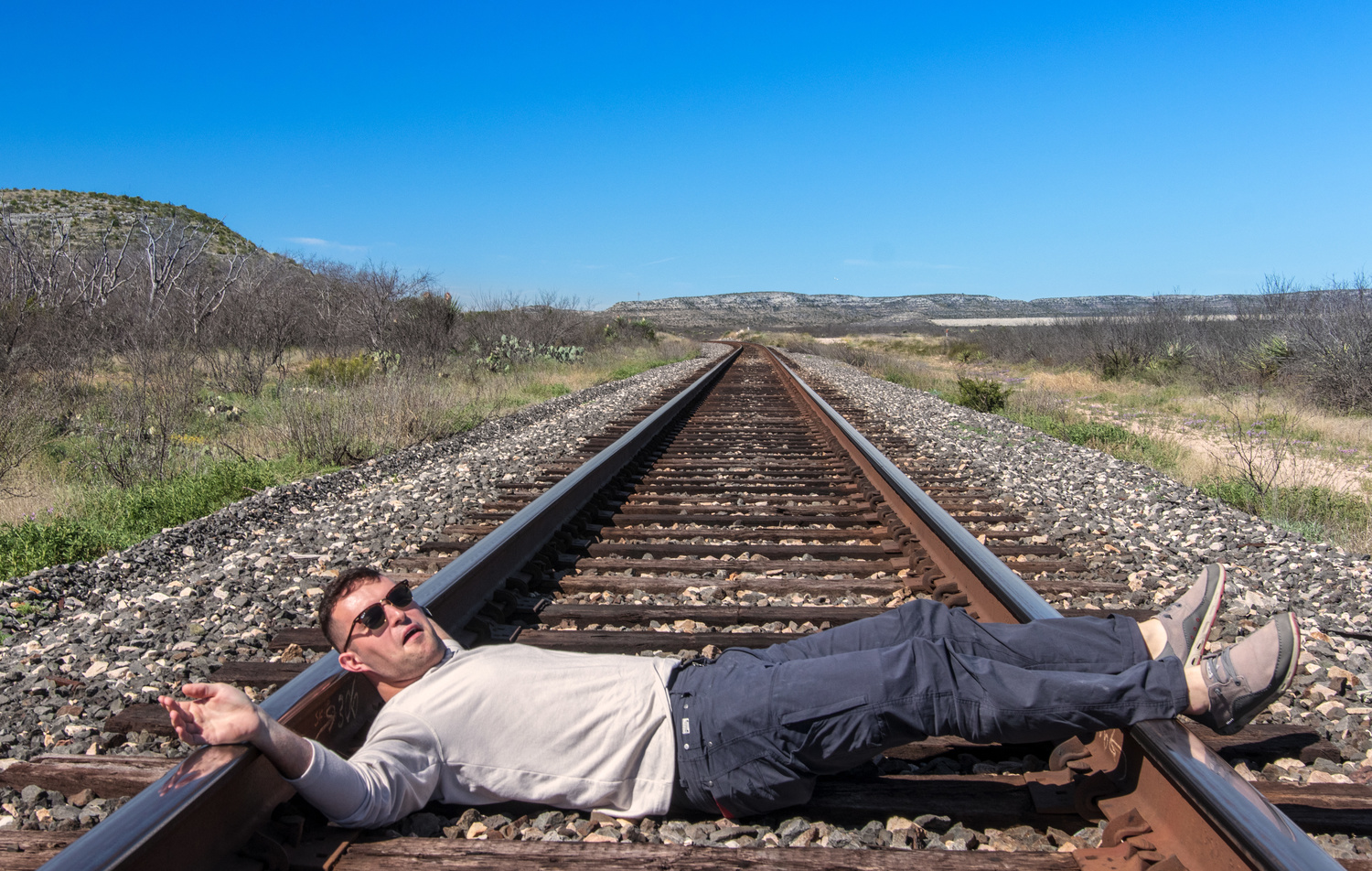 I took this fun image on an across Texas trip we took with my son.

Downgraded 1 for an illegal, unsafe shot on railroad tracks. I like railroad track shots, but as I got older I began to understand that it is bad to encourage clueless people to engage in such activity.

Would agree with you there. I wouldn't go promoting the railroad shots (if not done at an abandoned track. But looking how shiny the rails are, these are not abandoned at all) Laying on them is just not a good idea as trains don't just stop like cars can do.

As for the image.
Railroads work best if they are symmetrical in the image. But in this shot the leading lines are going to the right before turning left and it's not symmetrical at all.

The background isn't that interesting. No cool mountains, no cool sky and clouds, cool fog, anything. Just boring wasteland.
the "model" isn't interesting either, given his expression and clothing that don't match the scene.

If this was a planned shoot, you'd go to abandoned tracks, set up lighting, set up your model with clothes (think western, industrial, railroad-worker, etc). Ad things like fog, nice sky, depth of field, etc. And you'd actually edit the picture in a style.

So all this points me to a snapshot.
This is the shot I'd get if I go lay and down on a track and ask my mom/dad to take a pic of me with my phone
*which is the definition of the snapshot with Fstoppers*

... Not that I would get this shot, as my mom would kick my ass first for doing something stupid like laying down on train tracks instead of taking pictures of me.