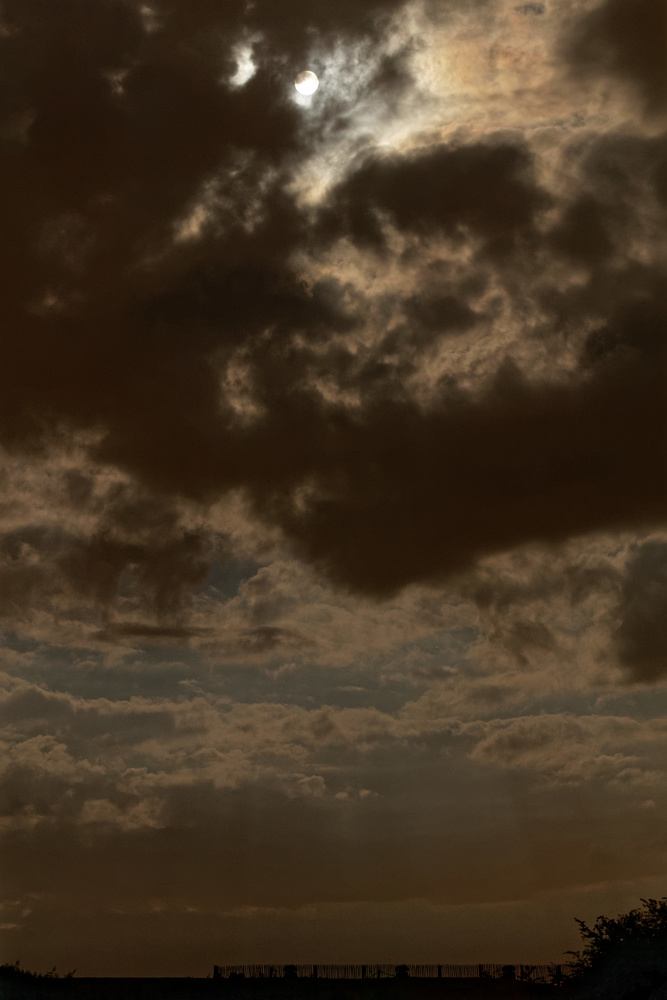 I went out shooting in the night to see what I could capture with a castle nearby, but there was too much moonlight to capture any stars, and nothing else interesting happened in the sky over the castle itself from where I was.
However, turning to my left there were beautiful formations of clouds drifting by in front of the moon so I captured a number of dramatic shots of these clouds.
It was hard for me to choose one since they were all different -- the clouds were moving fast, I have some that have more of the landscape, etc.
I chose this one because it still has a little bit of the fields below but really focuses on what's happening in the sky, and because of the drama in the clouds. Hard to do a sky-replacement in this picture. ;)

I brightened it up a bit in post-processing to bring out a bit more detail in the darkest of clouds and tone down the highlights to make the moon a bit sharper.