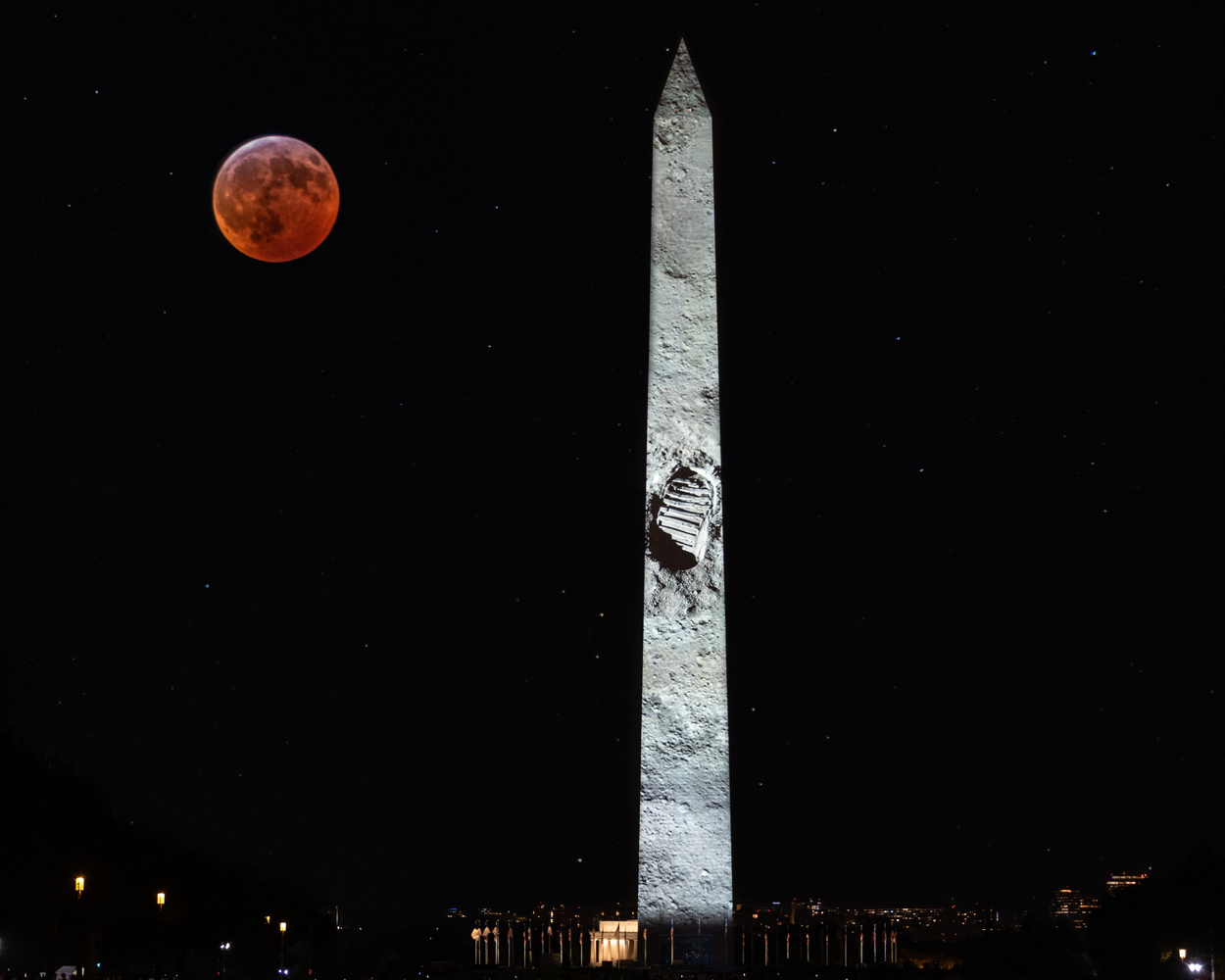 This is a composite of the moon and stars taken during the super blood wolf moon in 2019 and an image of the Washington Monument taken during the Smithsonian's celebration of the 50th anniversary of the moon landing. They had a number of massive screens set up on the national mall in Washington, DC, playing news reel and interview footage from the moon landing, and projected a commemorative lights show onto the monument itself--it was incredibly creative and interesting!