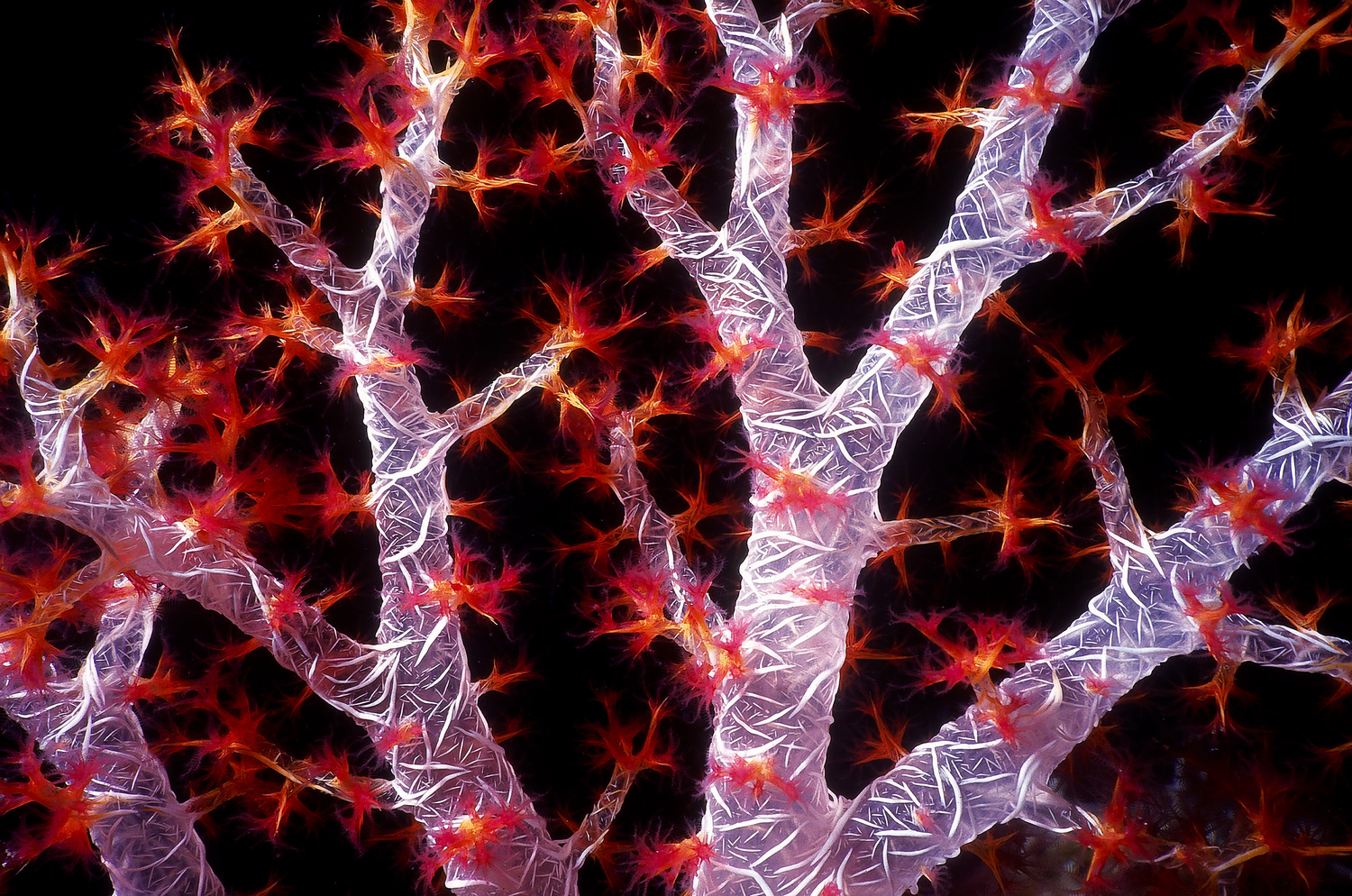 This underwater image was shot on a night dive in Micronesia. This soft coral was attached to the railing of a sunken Japanese merchant ship that was bombed during WWII. Shot on Provia 100 slide film, this macro frame size was 2" x 3" and illuminated with a single strobe. Taken in the 90's with a Motor Marine II that had a built in 35mm lens. A T2 macro lens was attached once submerged and the water sandwiched between the two lenses became part of the focusing mechanism.

That's a beautiful shot!
And if you hadn't explained what it is, I would have thought it was some lightning wrapped around a tree!

Masterpiece, in my opinion.