The film industry has changed dramatically in the past ten years. Most film companies have struggled with the reduced demand, many being forced into bankruptcy. Film Ferrania was one of the casualties of the digital age, but has decided to re-emerge stronger than before.

FILM Ferrania is in the process of building a new analog film factory in Northern Italy, using equipment from the original factory and R&D department. This facility will be self-contained, producing finished still photo and motion picture film from nothing more than raw materials. There are only four factories in the world still capable of creating film, and this is one of them. Ferrania’s plan is to make it the only factory appropriately sized for the 21st century’s appetite for film.

The big Ferrania factory produced nearly 360 million rolls per year and costs tens of millions of dollars just to keep the lights on and the machines running. This is too big. Our R&D building, as it stands today, can only produce something like 400,000 rolls per year, and due to laws of economics, this film has a very high cost and thus the factory is too small. By combining elements of the two in the right way, with an eye toward the future, we think we can make it just right. Our team has been working for more than a year to refurbish, reassemble and rethink the idea of a film factory. We have secured a small R&D building with a miniature production line and we are currently attempting to add some larger-scale machinery into this small building so that we can produce sufficient quantities of both semi-finished materials like acetate and chemistry to supply the global industry, as well as producing final finished consumer products.

They launched a Kickstarter campaign today to save irreplaceable factory equipment before it is scheduled to be destroyed at the end of the year. They are already testing and producing film, with the first finished products being rewards to the Kickstarter backers in April.

We have set up our new operations in the former Ferrania Research & Development (L.R.F.) building, which contains a miniature film production line. Our team has been working for more than a year to refurbish and re-engineer this building to prepare it to start. We can make film from this facility, but only a small amount - at a high cost.

We have created an ambitious new factory design that will allow us to produce enough film, at a reasonable price, to meet worldwide demand. We have already rescued tons of equipment (quite literally) from the old Ferrania buildings - but we need more and we are out of time. The buildings will be destroyed at the end of this year.

An interview with Dave Bias of Film Ferrania:

You are re-booting the brand after a few years of not producing film, what is new this time around?

We at FILM Ferrania are, at a basic level, re-thinking, re-engineering and re-configuring the existing factory machinery to create a new kind of film manufacturing situation that can be viable for the next century - flexible, market-responsive and not beholden to the staggering numbers still required by the "big guys" to produce film profitably.

Everything in terms of goals, attitudes and ambitions is brand new. The products we create will be brand new and far more in tune with the modern day than those that exist in the market today. 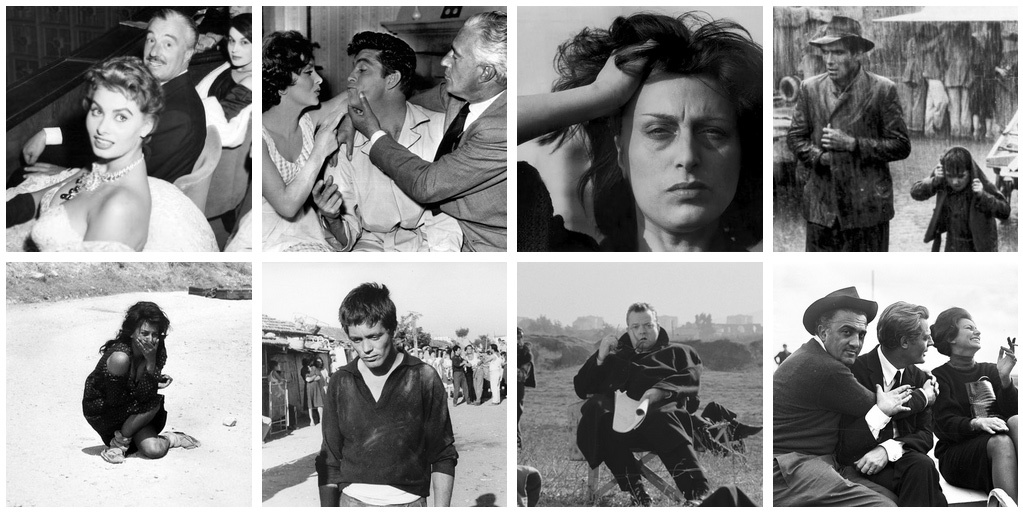 What film stocks from the past excite you? Any plans to remake them?

I've never settled on one particular film. I like having choices and I find myself gravitating to one or more existing stocks as my own skills evolve.  Currently, I love Ilford Delta 3200 for black and white, and Kodak Ektar 100 for color.

FILM Ferrania will begin by recreating (although not 100% exactly the same) the Scotch Chrome 100 ASA film released by the previous company. Unlike the former company, we will be making this film in 35mm and 120 still formats and Super 8 and 16mm cinema formats.

We chose this formula because we have many of the materials already, we have the chemical recipe, and our staff is most familiar with making this film - it's the "low-hanging fruit," so to speak and gets us to market faster than completely reinventing the wheel.

In the future, however, we will be striking out into new territory, and most importantly, responding to the market directly and producing the films that everyone wants (within some limits, of course), rather than the more monolithic approach that has existed for the past 100+ years.

What has changed in the film photography market? and cinema?

In the wake of this, the giant manufacturers were left with two equally difficult choices - spend tens or even hundreds of millions to downsize operations OR cut staff, blow up a few unnecessary buildings and discontinue products in an effort to delay the inevitable. In addition, due to their brand positions, they have been able to (mostly) successfully move into the digital market and thus their attention, on an institutional scale, has turned to the products that cover the bottom line most effectively and their internal dollars are used to compete in the new markets, not the old ones.

Because of this, and to some degree, despite these facts - the analog film market has largely stabilized and many sources even report a slight increase over the last few years.  But it has stabilized at a level that is below certain thresholds that do not favor giant manufacturing campuses with thousands of employees and massive infrastructure.

One would think that this opens the door to many small players, but the reality is that making film requires factories. Factories remain, even today, prohibitively expensive to build from the ground up. And there is no person, in their right mind, who would invest the hundreds of millions of dollars necessary to build a brand new film factory from scratch.  The market simply would not support this.

FILM Ferrania, however, has a very unique opportunity.  The only available color film factory in the world lies dormant at our feet. We have access to every last nut and bolt of machinery and we are free (again, within some limits) to pick and choose exactly what we need to build something new out of the old without requiring an unrealistic amount of money to do it.

What does film mean to you?

Film, to me, means choice. As long as there is film, I have a choice that often includes, but is not strictly limited to digital capture.

Can film and digital co-exist?

The sad reality, however, is that the global infrastructure for the creation of film has very real economic realities that were created when film was the only choice for making a photograph.

It is this very fact that FILM Ferrania will address.

What do you see as the long-term future of film?

The black and white film company, Ilford, has already been through the fire and emerged successfully with a stable and commercially viable operation. It was difficult - and remains so - but they have already shown that once a company achieves the right size for their market, they can chug along happily into the future.

People still make daguerreotypes and salt prints and tintypes using the same techniques from the late 1800s. People still write with pens and pencils on paper. There are even some people that manage to live complete and fulfilling lives without smartphones, email or Google - although, to be fair, I'm not entirely sure how these people accomplish that feat.

More recently, J.J. Abrams quite successfully collected is fellow film-loving directors together to lobby Kodak to continue producing cinema film for no other reason than the idea that they want to be able to choose the tool that produces the result they desire.

The simple truth is that plenty of people still choose film. Not billions, but certainly many millions.  All we have to do is create a manufacturing base that can deliver millions, instead of requiring billions, and everything will be just fine.

We have many bridges yet to cross, but so far, so good.

Film Ferrania has the plan, the factory, the equipment.

Now they need the support of the film shooting community. Support the future of film by contributing to their Kickstarter, sharing their story, or going out and shooting some film. 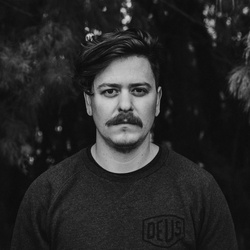 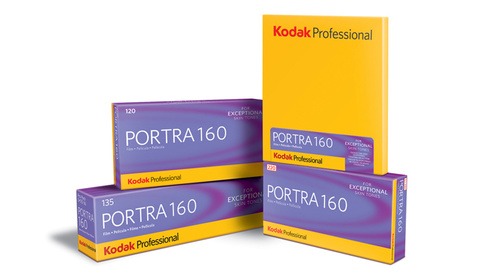 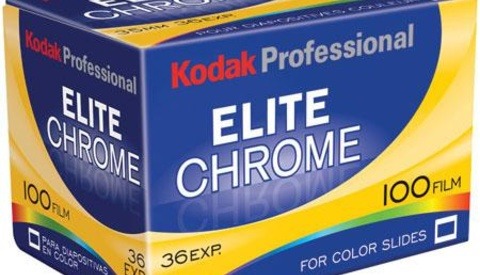 Who wants to bet that this little feature was shot on digital? lol

Simple selfprocess can be save film industry. Otherwise can not go beyond.

What in hell is "analog film"?
I know Kodak film, Fuji film, Ilford film and many others. B&W, color and others. I have never, ever seen a box of 'analog film'.

If you mean FILM like 'safety film' as opposed to 'nitrate film' or even wet plate emulsions coated on glass I can understand it. But "analog film"?

I bet you talk to others about "these ones", don't you?

I love film. But I see so much more problems. What about film cameras, film development, film paper, scanners and so on. You still can get used ones, but no new ones for the future.
Its not just about tape it self.

Film cameras are still in production and many are built to last many decades. Development chemicals are very simple. Scanner technology is still being invested in by the big names. Should be fine :)

An analogy could be that of vinyl records. Records, turntables and pickup cartridges are still made.

First I would like to thank Dylan & Sara for the amazing article. I'm a passionate film lover, but I also imply modern technologies in my artwork and looking forward to see the new Ferrania products on the market.

Mr Jim Holmes, in my opinion '100 More Years of Analog Film' makes a perfect sense as the title of this article. Before making comments, you should better make a quick research and you would find, that ideas as 'DIGITAL FILM' do exist and there are many prototypes of this idea that can be find in the world web. That's why in my opinion it is perfectly ok to make a clarification when writing an article that it's about 'analog film', not digital film.