Large format film remains separate from all other film and digital as a craft with an entirely different skill set and method of working. This beautiful segment takes a look at one photographer who's racing the clock to finish his work, after which he'll hang up his camera for good.

Coming to you from PBS NewsHour, this interesting segment speaks with Christopher Burkett, a decades-long landscape photographer based in Oregon. Burkett works with Cibachrome, a dye destruction positive-to-positive process. Though the process is rare these days, the prints are known for their vivid color and their durability over the longterm. Furthermore, because the dyes are in the emulsion, prints tend to be much sharper than those in which the dyes were in the chemistry. When Cibachrome was discontinued, Burkett purchased a ten-year supply, which he's now racing the clock to finish using before it degrades. Once he finishes, he plans to retire from photography.

It really struck me how deeply Burkett loves the process, and by the end of the segment, I understood why he was retiring from photography when his Cibachrome runs out, as he truly feels such a passion for his specific method that he can't imagine it any other way. To him, that is photography. 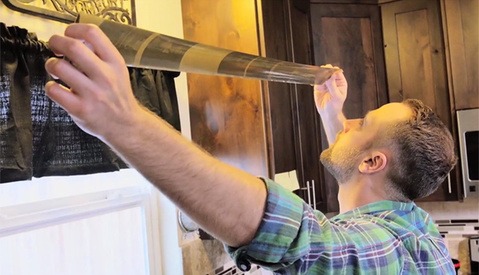 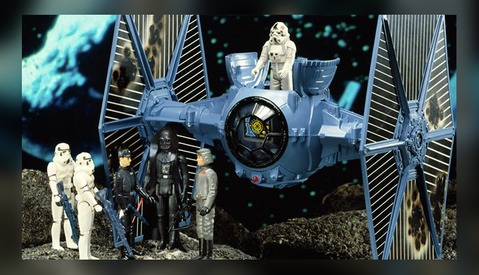 Does anyone have an idea on the viability of this photographers print business at $1200 per 8x10 or is his pricing schedule some kind of bait for contact and discussion? Reference: Website: http://christopherburkett.com/print/appalachian-mist

I don't know about the viability, but that doesn't seem to unreasonable for an established photographer, especially given that he is hand printing from 8x10. He'll have a ton of hours into each print. (and that is $1200 for a 20x20" print, not an 8x10). Certainly doesn't seem like a bait for anything to me.

Seems reasonable to me for proper, limited artwork such as it is.

Thanks for the reply Adam.

Now looking very briefly there are no prints in his catalogue that I am attracted to... But if I liked one I'd consider buying one.

I felt the same way about the prints in that collection. Thanks Marcus.

Really neat. I have an old box of Portriga Rapid in the attic and now I really wish I had stored it correctly.

Is there something special about this paper and chemicals that don't allow him to preserve them for longer periods of time? Like I'm able to put some of my film in the fridge/freezer to help slow down the degradation if I'm not shooting with it immediately.

He is making 30X40 prints. That would take quite a large freezer to hold.

He also made a video here with some useful information: https://youtu.be/doNGi8HeKQ4?t=5m16s

Both of those videos were really moving. And I can't believe I'm saying that about a technical discussion with religious overtones (2nd video).

Moving video! But, at the end I want to shake him and tell him to try some other processes. There are sooo many. There has to be something out there that will keep him fulfilled. Good stuff, regardless!

I agree. I'm guessing he will follow Jordan, Lemieux etc. a few years after he retires.

Think so too. He will feel the urge to shoot - maybe with some new process. There is enough out there to experiment with.

He has an insane amount of prints on his website !

Well I got a bit misty eyed with him. Now that's passion and dedication... a lifetime's worth of it.

I did professional darkroom work back in the 80s and transparency duplicating film was my stock in trade. We had a dedicated Cibachrome processor (I think it was technically Ilfochrome by then), and I thought Cibachrome would always be around. Sheesh. Cibachromes are the closest on paper to the color and saturation which were the province of transparency film at the time. Not even dye transfer prints were as vibrant. It was incredible, and had archival properties similar to dye transfers, possibly better. Sometimes I miss the tangible world of films and papers.

What a terrific story! His dedication to his craft is quite moving. Seeing him do his dodge and burn dance was eye-opening and made me feel a bit sheepish for using my computer to do the same thing so much more easily.