The Best Portrait Camera Ever - The Mamiya RZ67

Everyone has their baby. You know, that one camera that speaks to them in a way that all other cameras fall short. Of course, saying something like, "best portrait camera ever" is pretty loaded, but I calls it how I sees it! The Mamiya RZ67 is, for a variety of reasons, one of the best cameras ever made. In this article and accompanying video I'll give a birds eye view of the camera and its features, show a little work produced by it, and give you some insight into why this camera is at the top of the heap for me.

First, the elephant in the room: this is a film camera. I do, of course, have a soft spot for film, but don't let that get in your way of appreciating this beast. Even if you're an all digital shooter there's still a lot to appreciate here! First a touch of history of the camera. This camera is the little brother to the Mamiya RB67. The RB was released in 1970 and is a bonafide tank of a camera. With a normal lens and film back, it clocked in at almost six pounds! Add a prism finder and you're looking at a camera that weighs more than eight pounds. It was made of all metal, had no electronic parts, and was the very definition of workhorse. When it hit the market, it was an instant favorite with portrait photographers for its beautiful viewfinder, massive negative, and decent glass. It's a wonderful way to get into shooting the 6x7 format as a starting kit can be bought used for less than $300.

Times change, though, and electronics were slowly making their way into the latest and greatest cameras of the age. In 1982, Mamiya released the RZ67, a lighter, leaner, more advanced version of the RB. Gone was the all metal body and purely manual operation, along with about a pound of weight. In its place was a hard plastic shell, simple electronics, and a new set of extremely sharp lenses. The shutter speed could now be controlled from the camera itself, leading to more automated operation. You could now wind the film and cock the shutter in one motion, rather than having to advance the film separate from the body.

In the video, I go through the parts of the camera, but it basically consists of the film back, body, lens, and finder. Its modular design allows for the addition of a prism finder to laterally flip the image and enable eye level viewing, easy switching of the ground glass should you need grid lines, a rangefinder spot, or whatever your tastes, and switching of film backs mid-roll to allow you to shoot different film stocks or take polaroids. All of that is great and all, but the major selling point of this camera for me has always been the viewfinder.

If you've never looked into a medium format camera, this is the one that will spoil you for all others. The image is bright, super crisp, and has that 3D quality that medium format is known for. It sounds silly, but I remember the day I looked into the camera for the first time and I know that it was the turning point for me abandoning 35mm. It's that amazing. Of course, a pretty viewfinder wouldn't matter if the images it produced were garbage, but thankfully that's not the case. The RZ was the workhorse camera for Annie Leibovitz during much of the 80s and early 90s. If you're familiar with her work from that era (her finest, I think) then you've seen what this camera is capable of.

Take a look at the video for more in-depth thoughts about the camera. I think there's an F-bomb in there, so beware, but man I get excited about this camera! What's your favorite camera of all time? Do any speak to you? Do you have any questions or comments about your experience with the RZ? Sound off in the comments!

I am in tears I sold mine and have regretted it ever since.

Echoes my experience with hasselblad v series. I now have multiple hasselblads and half dozen lenses and even a couple OLD digital backs. I shoot 100% with my hasselblad.

Attached is a shot in studio with the Hasselblad, 500cm, 150mm and some good ol Provia 100f slide film. Gorgeous stuff. 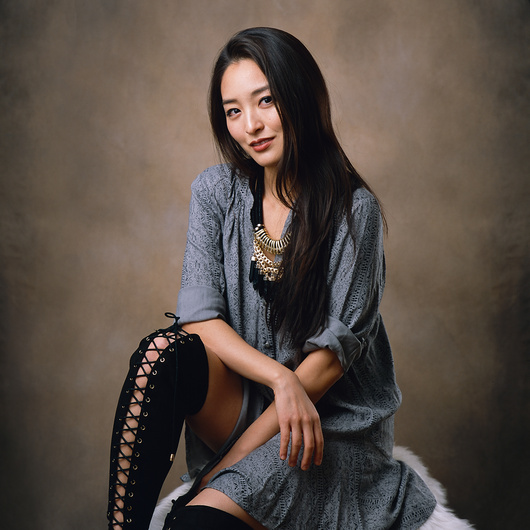 I still have my late father's pre-WW2 Zeiss Super Ikonta in a cupboards. I rarely take it out as the back has gotten slightly damaged and it's a bugger to open and close but when I do, the 6x9 images are astounding. Later, I got a Hasselblad 500 C/M, but had to sell it. I'm thinking of getting back into MF, and this article may well have pointed a way to go.

Great article! Im curious, what lenses do you recommend for RZ for portraits? I shoot with the 85 G Master on A7II, as that's the focal length I'm most comfortable with.

This is the love of my life camera but I think I´ve decided to sell it because it´s meant for it to be used by someone who really appreciates working with film these days.

I have a complete equipment with several lenses and a prism finder. 1 RZ pro II body and 1 RZ body. The latter is in the need of some service to be working perfectly.

Feel free to contact me if you are interested and I can send you a specification and photos of my equipment if you want to start a loving relationship with this fantastic camera and great lenses.

How does the RZ67 do in handheld situations? I really want to go from 35mm to medium format but im worried my shots wont be great since I shoot a lot on the go.

I think the answer is, “it depends!” I almost never put mine on a tripod, but I also shoot with strobes. If you’re wanting to drag the shutter, even a little bit, put it on a tripod. The mirror is huge and will definitely shake the camera.

Thanks for this post, Hans. I bought an RB67 Pro SD a while back, but have not had the time to use it enough lately as I teach elementary school full time. The images I have done, which are mostly landscapes and cityscapes, are awesome. I shoot digital as well (Canon 5D MK II and 6D), but I am hankering to get my Mamiya out there again! I love the images you posted in this article, and want to try some portrait work with my Mamiya. My only issue is syncing the flash. I have Cactus triggers that work, but the pc sync cord connection seems to make it intermittent. It could be the triggers as well. Regardless, your article has motivated me to get out there and shoot film again! Thanks for that!

I agree that the RB/RZ must be the best portrait camera ever made. I shot this with the RB 127mm lens https://www.andrenoble.com/index/I0000nWSxyyFRMLg