How and Why Would You Photograph With an Expired Film?

It's so simple to shoot with a digital camera or a camera phone, so why would anyone delve into shooting film, let alone an expired one?

To change things up and jump into creative experimentation, Mark Holtze, who's a professional editor and videographer, dusted off his Praktika MTL 50 35mm film camera and grabbed his long expired film and headed out to jump into something that's a lot more hands on than simple shooting on digital, and it's also something slightly out of his comfort zone.

Taking into account the age of the film, Holtze explains the general rule of working with expired film where you rate it one stop slower for every decade since its expiration date to obtain accurate exposure for your photograph. Not knowing exactly how his dusty old film will react to the light, Holtze shoots the same image with three different exposures to compare the results afterwards.

Holtze documents his experiment from putting the film in the camera prior to finding a printing lab to receiving the photographs, and discusses the results in a very entertaining and relaxed manner. It's all about trial and error, and this is what Holtze inspires his viewers to go out and do because photography is all about experimenting and finding new ways to capture what you see, and new directions to head in order to keep your enthusiasm going.

Have you shot with an expired film before? What were the results?

I might be old and dusty, but it warms my heart to see young people take an interest in shooting film.

When do you shoot your next vlog on expired 8mm film for motion picture shooting?

You may have something there ;)

In the mid 70s I purchased a few rolls of expired Kodak Tri-X because they were on sale. I shot them at a rock concert at Madison Square Garden and came home and processed the film. I knew there was something wrong when they came out of the developer as the strip felt smooth. Sure enough, when the lights came on the film strip was completely clear celluloid. Glad it wasn't for a client, can't take that risk again.

Wow, CLEAR!? I would love to know what happened there. I mean, foggy, super grainy or like acid wash, but clear!? Interesting. Ya I would never do it for client work, heck for this video I didn't want to waste too much time going to a bunch of different locations either. I had a two hour window and needed to find a location and fire off the roll to be back for company lol.

It was like all the emulsion washed right off the film strip.

Ya I guess that’s one of the only possible reasons why. Made for a cool story though! Thanks for sharing it.

I'm moving more and more toward analog photography: buying an M6 Leica. Love film. Question: When you say to rate the expired film one stop slower for every decade of expiry, do you mean to reduce both the shutter speed and the aperture? And if, for instance, I have loaded a 400 ASA film, do I tell the camera that it is a 100 ASA?

Leica! I'm fixated...the minimalism of it. I actually lowered my ASA from 400 to 160 and just kept the metered settings as is. I just found it easier that way. Based on everything though my +2 over exposed shots seemed to come out best, the -2 seemed way underexposed.

FM2 ya for sure, part of my interesting in Leica's are just how they get away with that price point lol. HOW?

Perception of status and value is everything; something Leica marketers have exploited wonderfully.

For a camera with a working light meter, I usually just adjust the ASA/ISO setting to whatever I'm rating the expired film, such as ASA 100 for Tri-X 400 at 2 stops overexposure. For a camera with a dead meter or no meter I just use Sunny 16, a handheld meter or The Force.

I've been shooting film for 30 years, and actually have some expired Ektachrome in my freezer. Thawed out a roll and grabbed my Canon EOS 1-N for a local shoot and the film which expired in 2004 still holds it own. I look at shooting with film as an artistic form, the film is my canvas, I can touch it, develop it and manipulate it a different way from the digital images from my Sony A7III. If you want to see more film shots head over to my website. https://www.kompassphotographs.com. Here is an image from the expired Ektachrome roll. Enjoy DK 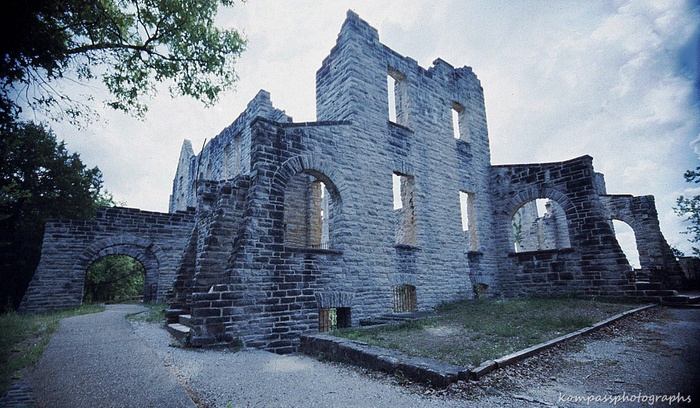 Fantastic Daniel thank you so much for the link, I'll check it out for sure. I agree completely I feel it's more of an art form. The tactile nature of it is just so involved and therapeutic in a way. Metering, inputting the settings, metering again just to be sure, thinking about the elements of light I may need to adjust for WHEN metering....waiting for the results.

Another nice write up. Photography in itself whether its film or digital is a therapy at least for me it involves using charisma charm psychology and knowing how to bullshit someone and make their day better. Those are my fundamentals especially for street photography...

I have about a dozen rolls of 60+ years old Kodak Super XX, Plus X, and some Ecktachrome, most of it my grandpa spooled himself. Will be a fun challenge to develop!