There's a myriad of ways us photographers interact with our computers on a daily basis. While Wacom tablets are certainly the luxurious way of editing, many of us still love our trusty mouse for plenty of tasks. One of the most popular and controversial mice on the market is Apple's Magic Mouse, and it looks like the love/hate fest is going to see even more action with the new Magic Mouse 2.

Engaget released a close-up photo showing how this new mouse gets its juice. Gone are the two AA batteries. In its place, in typical Apple fashion, is a non-removable battery with a Lighting connector charging port. That charging port is on the bottom of the mouse.  Obviously this means that the mouse cannot be used while charging; a point Reddit was more than happy to turn into a frenzied controversy.

I'm a massive apple fan. And I called BS on this until I googled it. I think I'll stick with changing batteries.

He was not the only one to show dissension. User Philyeagles710 argues that this is just another example in the long-line of charging port mishaps, saying:

They suck with charger location. I can't stand having the charger port of my iPhone on the bottom.

Of course there are those coming to the defense of this design decision. SJS12 says:

It takes like two minutes to fully charge, so they put it in the least visible place possible.

And that's the big key right there. Charging on this new mouse is lightning fast. Two minutes of charging will give you an entire 8-9 hours of use. Overnight on the cable will give you an entire one to three months. Much ado about nothing? Absolutely. I know it takes me over two minutes just to find full batteries or a wired mouse when mine dies. If you can't find two minutes in your day to put down the mouse, you need a new job. I also figure that if the port was on the side, a lot of people would just use it plugged in, defeating the purpose of a clean, wireless design. This could also put unnecessary wear and tear on the port in certain usage situations.

Chances are that if you're a current Magic Mouse user and/or fan, you'll be a huge fan of the new version. I wouldn't have any reservations upgrading if I were you. You can pre-order it from B&H here. You can even check out this unboxing video if that's your sort of thing.

I understand 2 minutes of charging = 8 hours of use (when it's new) but this is still hilarious to me. My Logitech mouse has removable aa batteries and you can charge / use the mouse using a usb cable into the front of the mouse.

This is worse than the apple pencil charging technique.

Totally disagree. Changing AAs takes that long. First, there's walking over to the drawer. You only find one AA. Or you find 4 rechargables....one is charged. Or fine, you're on top of things and have a fresh 18-pack right there. But then you fiddle with it, stick them in, and maybe in one minute you're ready to go again, best case scenario.
Magic Mouse 2 takes two minutes. Big whoop. An extra minute or so and you have a more beautiful, completely seamless mouse on your desk. I vote for the downward facing port on this one.

Call me completely old fashioned but I still use a corded USB mouse with a corded USB Wacom. I can't be bothered to troubleshoot ANY of this stuff!!

I don't want fancy or slick...I just want it to work all the time...every time.

When I took my lame Windows laptop down to the Bahamas...guess what I took along with it? :)

hehe :) mouse is dead to me after I started with the trackpad. And the "magic" in the name refers to how magically you switch back to other interface tools. The apple magic mouse is the worst mouse I've ever tried.

My mouse has replaceable aa batteries but the mouse itself ALSO ACTS AS A CHARGER with a micro usb port in the fron of the mouse (where the wire for a normal wired mouse would be anyways) ... just saying.

After a year, when 2 minutes of charging gives you 7 minutes of battery life and you're on a deadline or a Skype call or whatever and every 7 minutes you are pausing for 2 minutes you will remember my comment and go dammit, Lee was right!

This certainly isn't a disaster and I'm obviously exaggerating but putting a plug on the front isn't impossible.

After a year, something new and shiny will come out.

I know I'm rare but I keep a stock of enloops just for my mouse and keyboard, charged up and ready.

I still use Eneloops in my camera grips. But I don't use speedlights anymore, so I have far more than I need.

Agreed. Much, much ado about nothing. I hope the pleasures of my life are never reduced down to 2 minutes either way... missing a green light, standing in the slightly longer grocery line... or charging a mouse or pencil.

There. That took 2 minutes.

Sorry for assuming people could understand I obviously meant one of those Costco packs of non-rechargeable AAs in that context...

Realistically, though...come on. Any break takes two minutes. You wiggle the mouse. Confirm it's dead. Get up. Go to get batteries. Get a drink from the fridge while you're at it. Check your messages elsewhere. Check your favorite site (which is always Fstoppers for everyone, right?). Consider calling your girlfriend but decide to wait... Find something interesting to glance at for a minute...by now your mouse is back in business..and look at that, it's been three minutes when you were trying to keep it down to under two. :-)

You could just use rechargeable AA's. The ones in my mouse last for days.

So the charging cable is always on your desk? ;-)

Could be worse. Try using this one whilst charging 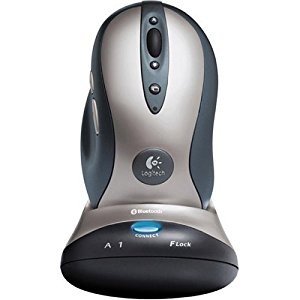 The difference is that with this design you put the mouse into the charger each time you stop working. Try this with the cable and plug it in every evening. It would solve that issue though. 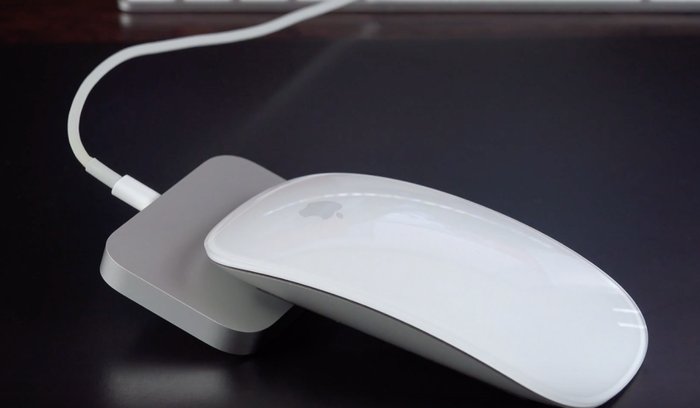 What the... controversy over a mouse ? C'mon guys !!! This one looks good, feels ok, and yes it's not perfect because it has to be charged once in a while... Like any other wireless mouse.
Anyway... Don't get one if you don't like it ! End of story.

battery decays after how long? i think a rechargeable mouth itself is pretty sweet. Somebody at Apple just got the charging port placed at a wrong spot, accidentally! At the bottom? it's quite hilarious at least to me ; P

3-5 years typically for a lithium ion battery. Many manage to last longer with reduced capacity.

tech is progressing so fast (but not revolutionary enough) that we are just chasing for the latest tech nowadays but yet it doesn't benefit our society in real measure. we make money to spend on the latest gadgets thinking it will improve the quality of life but we are actually just in the loop. quite sad sometimes.

what phone do you use Jerry?

The S6 edge looks so slick that makes the iPhone 6S look dated. But unfortunately I like iOS better so will soon upgrade my slowish 4S.

Apple will replace most batteries for a nominal fee... but with a device at this price point, in 5 years it wouldn't be worth the shipping and hassle. It'd be nice if it were user-replacable, even if it required screws or to snap the unit apart to access. I personally use mice a long time before replacing. I have a gaming mouse that's almost 12 years old.

Am I the only person who thinks of this when I hear Magic Mouse? 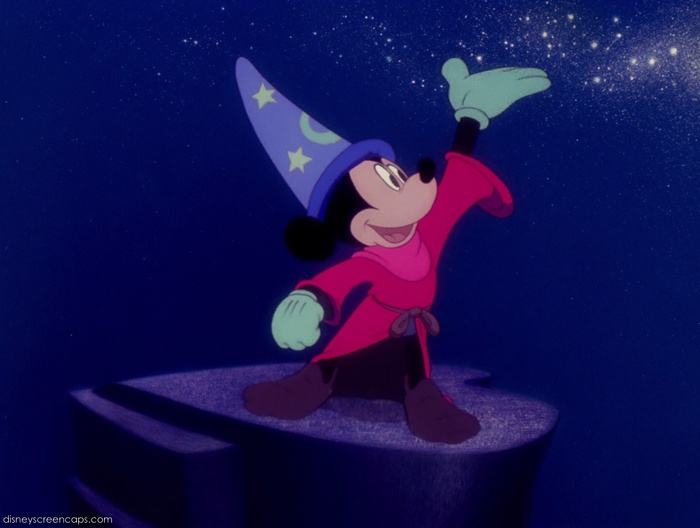 Nope. You are not the only one. Ha.

That mouse itself is a major failure..

The Magic Mouse in general? Why?