Is Canon About to Announce a Full-Frame Mirrorless Camera? [Rumor]

Canon may be announcing a new product in its mirrorless line of equipment on September 4 or 5, according to CanonWatch.com. Just what that offering will be is not yet known, but CanonWatch speculates some possibilities.

CanonWatch also speculates that a 32mm to 35mm f/1.4 or f/1.8 in Canon's mirrorless lineup could be in the offing.

CanonWatch notes that it had previously published rumors of a major Canon announcement in the second week of September, but it sounds from the story like that rumor was either misinterpreted or the announcement date may have been changed.

Canon's line of mirrorless equipment already leads the market in Japan, as the company has targeted advanced amateur photographers, but adding a full-frame mirrorless body to its lineup could significantly boost its usage among professionals around the world.

Are you a full-frame DSLR user? Would you consider making the move to mirrorless if Canon offers a full-frame camera? Drop a comment below and let us know how excited you are (or not) about the possibility of Canon's first full-frame mirrorless camera.

I think you have to consider. I do hope they follow the M5 looks. I like this better still over the silhouettes from Nikon.

I'm pretty happy with my Canon 6D II for the time being. Canon needs to do accomplish a number of things with their full-frame mirrorless for me to see it as a worthy upgrade. 1) Eye AF fully utilizing DPAF that can match (preferably exceed) Sony's Eye AF, 2) Compatibility with the EF mount (and all 3rd party EF mount lenses too), 3) Improved noise management in shadows (Canon does pretty good with mid-tones and highlights, but DR in shadows is noticeably lagging at this point), 4) an EVF that can rival or exceed what we see in the Leica SL, 5) Identical media types for dual card slot camera models (ditch CFast, just UHS-II cards please), 6) electronic shutter (really Canon, it's 2018, catch up), and 7) focus peaking.

That's quite a list, and I'm pretty sure I won't get all of it. So I'll just keep using my 6D II for a while and gaze lustfully at Sony cameras.

That's quite a list! I'd settle for just increased DR. But, as long as Canon isn't forced to, I doubt we see any of these improvements.

Sound pretty much like duplicated Sony's A7 with a Canon badge? lol

I use a 5D IV and I don't think I'd consider replacing it. I would, however, consider buying a full frame mirrorless as a compliment to the 5D IV if they can hold different niches in my camera bag. I'd potentially be interested in a really compact full frame camera, which I could add to a camera bag without adding a lot of weight, as an emergency backup or an ultra-light option. With that said, I may feel very differently once I see what they've been working on, so time will tell.

Fully articulating screen + WiFi that works. They need to be thinking about the tablet market how that market is gaining traction look at a full Photoshop being released for iPad!

You bloggers are relentless at posting these mirrorless stories. Who cares until something is actually released?

If the full frame mirrorless could use my EF lenses without an adapter I would be more like to consider going mirrorless when I decide to replace my 5D4.

It depends on the features and the compatibility with current lenses. I shoot wildlife with long lenses like 500 f/4 & 600 f/4. If I can continue to use these lenses I would consider to change. But only if the camera makes sense. I’ve tried Sony mirrorless and didn’t like the electronic viewfinder, the grip and the battery performance (battery gets very hot and only lasts a few hours). I also had to disable the touch screen as the camera was so compact that my nose change the focus point whenever I looked through the view finder. Very annoying. So it really depends what Canon comes up with. Of course, 20 frames and 45 MP would be tempting.

I'd jump on board to their mirrorless full frame but it has to use what Sony has forged and build on it. Anything less and I'm off to Sony. I think I speak for many.

I just sold all my Canon gear and made the switch to Sony. Getting too old to haul around all that weight.

I am a poor M5 user. Can't afford the big stuff but I find I get great results form the M5 using adapted EF L lenses. I would like a real 4K recording feature but am ok with the APS format. As a serious amateur with at least 50 years still and 20 years video, I would like to see an APS C at a good price and a full frame for the pros, hoping to be able to use existing lenses. ISIS for all operations is essential and 4K to keep up with the competition. I like the look and finish of the M5 but it needs to be a bit bigger to feel right in the hand. Photo below is M5 using a Viltrox adapter and a Canon EF L 24-105 f4 lens. 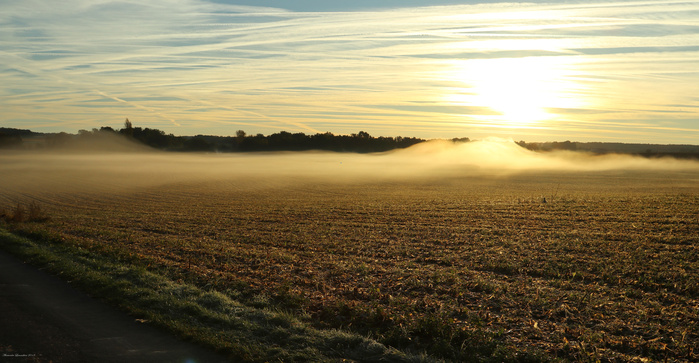 I did of course mean IBIS (Senior moment)

Too late canon, i aready made up my mind to get me the "BlackMagic Pocket Cinema Camera 4k" The only way canon can get me back AGAIN is if they release a camera that shoots 60p 4k RAW video (full frame), 15 stops of dynamic range, briliant low light iso, and sells for less than £1100.
But we all know that, canon will NEVER give us that, not even in the next 20yrs. So Blackmagic, here i come 😉