Canon's High-Resolution Mirrorless Camera Is Being Tested by Select Photographers

Recently, with rumors of the Canon 5DS and 5DS R being discontinued, there was talk around the industry of Canon possibly bringing a 150-megapixel monster to the market. More news has emerged that the high-resolution camera is being tested by a chosen few photographers, and while it is not 150 megapixels, it will certainly bring buckets of detail.

Canon Rumors is reporting the upcoming camera that's currently being tested is somewhere around "double" the resolution of the 45-megapixel R5. First, I certainly think it is plausible that Canon is done with high-megapixel DSLRs and that the next high-resolution camera from the company will be a mirrorless body, particularly since their new RF lenses are much better equipped to handle extreme resolutions than most EF lenses and the company seems to be shifting most of its innovative focus toward the mirrorless realm. I would not be surprised to see a mirrorless body around 80 megapixels, particularly since Canon has shown they're looking to aggressively take back market share by leapfrogging competitor's specs with the upcoming EOS R5, and in the resolution race, the 61-megapixel Sony a7R IV is the current champ to beat.

Head over to Canon Rumors for more.

I remember trying out the 5Ds and hating how slow it was. I could actually here the shutter go KA KLUNK every time I clicked it. Hopefully it's better than that.

of course it will be much better, no mirror

The Canon 5Ds is fast enough for me.. 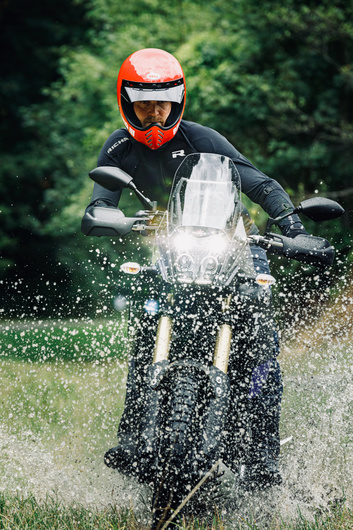 Unless your specialty is really large sharp prints, its seems rather pointless to consider a camera over 50 megapixels....The loss in performance is pretty big and you're going to have to drop big bucks on a kickass lens as everytime u slightly miss focus it will be way more evident on an image of that size. Also, im pretty sure that a gain in megapixels doesnt have a linear effect on how much bigger your prints can be. For example 60 mp to 80 mp camera does not necessarily equal 33% larger prints. I think these camera companies should be focused on supercharging their processors right now instead of cramming more megapixels into these cameras.

Don't forget the need to upgrade your computer to handle the increased processing power needed for retouching more pixels too.

It's interesting to consider that most people don't even print their work. I wonder what the market size is for this camera.

This is the body I've been waiting for. I'm looking to replace my 5dsr for wildlife and if this has 70-80mp can do 5-7fps, which I think it will with a CFexpress card and has better low light capability compared to the 5dsr I'll probably pre order.