The Concept Camera That Actually Exists

In a time when all new camera bodies are playing variations on a theme, the Fujifilm X-Pro3 stands out.

When it arrived on the market in late 2019 the Fujifilm X-Pro3 faced its share of controversy, namely over the hidden flip-down LCD screen. It’s a camera where even if you understand what Fuji was going for with the design, you’re either going to really love it or really hate it. Personally, I would love to see more manufacturers create “controversial” cameras that aren’t out to please everyone. Unfortunately, this may also be the worst time for fun ideas as the market continues to shrink.

Casey Cavanaugh, more widely known as GxAce, put together this long-term review of the X-Pro3 that doesn’t so much focus on the spec sheet, rather its lasting impression. While there is some talk about the controversial flip-down screen, he mostly focuses on the important factors for people who have moved past that such as its great film emulation. Check out the video above for all of his thoughts.

Have you used the Fujifilm X-Pro3 now that it’s been available for some time? Was the hidden LCD screen a pain or a blessing to your shooting style? Let us know your thoughts in the comments below.

Posted In:
Gear
via:
GxAce
3 Comments 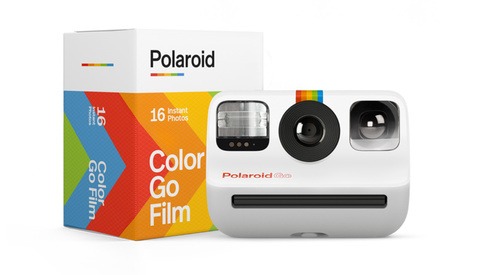 Sorry. Had to stop. Couldn't watch more than 3 min.
Youtubers! STOP the bloody music in the background when you are talking.
You have a B-roll clip, then okay, but as soon you start talking, kill the music.
Please.

This video has been out for two months and you're only just now getting around to plugging it for your bro? Anyway, I haven't used an X-Pro 3 and don't plan to because the single-magnification optical viewfinder is a downgrade from the X-Pro 2, which works much better with the 16, 56, and 90 lenses. And if you're not using the optical viewfinder, why are you using an X-Pro at all?

Yeah exactly. The Xpro2 is so mich more superior. Yeah.

Can’t think of any reason... although how about those photog who mostly care to use 23, 35, 56 and, and in the rare occasion where you may use a different angle that’s when you use the EVF.

Clearly no one would want to use the XPro3 beyond those guys...

Or how about those that have an XT as a main body but the Xpro for most casual, journo or street scenarios.

Or maybe someone has a completely different body as a main body... possibly the GFX or maybe a Canon or Sony. And they use the as a travel camera.

Or maybe the care more about EVF but really want a body that makes them focus on taking pictures and they bought into the idea of not having a backscreen...