AMD released the new Ryzen Threadripper PRO processors and partnered with Lenovo for the world’s first 64-core professional workstation; ThinkStation P620. And it is more than just a “Mac Pro killer”.

AMD launched the Threadripper processors back in 2017 and they became quite popular among creators due to their high core counts and relatively affordable pricing strategy. The company introduced a new PRO line-up of the Threadripper with four new processors ranging from 12-core to 64-core models. However, unlike other Threadripper CPUs, the new PRO processors will be exclusive to Lenovo for a while. So, with creators and performance demanding users in mind, Lenovo introduced the new ThinkStation P620 workstation that outperforms its rivals on specs.

The ThinkStation P620 is the first workstation that provides the highest multi-core performance in a single CPU with PCIe Gen4 support. With 128 PCIe lanes in total, the workstation can be configured with multiple graphics cards, and NVMe drives in high bandwidths without losing any performance. On the graphics side, the P620 can be equipped with up to four Nvidia Quadro RTX 4000, or two RTX 8000 graphics cards.

Unlike other consumer-grade desktop PCs, the P620 supports ECC (Error-correcting code) memory in 8-channel, and it can be upgraded up to 2TB RAM in total.

ThinkStation P620 will be available this fall, and the pricing will be revealed later.

Gear / March 29, 2019
The Little Lies and Big Problems of the Computer Industry: Lack of Innovation, Artificial Segmentation, and Inflated Prices

Gear / March 7, 2019
The Affordable Computer Build For Photographers and Videographers

So many great options in configuring computing hardware in the PC world, from building a spunky workstation for peanuts to having a ready-made monster.

Sounds impressive but unfortunately Lenovo cannot be trusted. They were caught a few years ago with crapware that was sending personal information back to China. Good luck with that.

China already has everything they need to know about you anyway. You would have to become a Tibetan Monk to escape the inevitable. Just mine the "crapware" and delete it.

and of course as we all know any Dell or HP is completely, totally, pure, unadulterated made in ????.

got your education from trump university did you? or trump kindergarten? . . . oh, yeah, both failures

That was before Trump. Time to educate yourself before guessing little boy.

just delete the bloat ware apps. Ive got a Lenovo laptop and its great. Very reliable 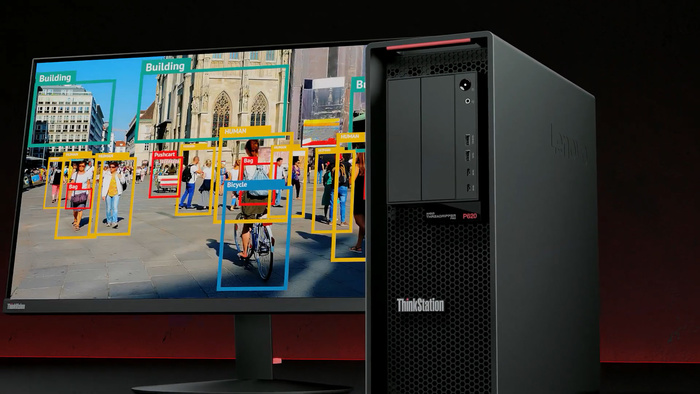 All we need now is for Adobe to optimize its software for more than 2-4 cores.

Or to start looking around for an app that does.

Really. To bad thry are slow to update their apps

thanks Rhonald, you are right, we should update Lenovo!

Maybe someone here can tell us which photography/videography programs will use all those cores...

That's a good question, but apps like ReSolve make use of lots of cores. I don't know how many publishers state how many cores their apps can use.

Resolve can run with few issues on older laptops without a dedicated graphics card. A desktop with a good GPU can use an 8-16-core processor and cut/edit/color/etc. without a hitch. My CPU utilization will maaaaybee spike to 30% if I have the audacity to work with 4K sans proxy.

Contrary to popular belief, Adobe is not the end all and be all of creative software titles.

Any PC computer is a Mac Killer. Its so easy to build one and spec it so it outperforms all Macs. Ive tried both types of computers, PC and Macs, and I will never go back to a Mac. Plus its far cheaper to build a high end PC. Im not trolling, so dont bite. This is all fact and has been verified by many professionals.

True, but people do not buy Mac because they are the most powerful. They buy them for reliability.

Yes, you and I can probably build just as reliable a machine, with more power, for less money, but not everyone in the creative world is a Professional Geek.

[EDIT] Reliability also refers to the OS on the hardware, plus all the peripherals it will support. I run Linux, and buy appropriate peripherals.

Windows really has many issues with reliability in comparison to Mac OS, (or Linux), and more business disruptions due to updates, etc.
[/EDIT]

"They buy them for reliability."
I guess you've never had to work with Macs professionally, 8 or more hours every day...

Actually, I have had to support Windows and Mac users, (and Linux users), 8 or more hours a day. I guarantee you, for every issue you have had on a Mac, is quite a loss less than the equivalent Windows users. I rarely got a support call from a Mac user, (and usually not with too much down time), but got support calls from Windows users on a daily basis, and sometimes with significant downtime.

I worked in a few creative environments, where various creatives used either Macs, or Windows. (The execs, and accounting/ancillary almost always ran Windows). In two of those most recent jobs, many creatives ran Linux, (Ubuntu LTS, or CentOS to be precise), as we were primarily a Linux shop (Magic Leap, Digital Domain, respectively).

So you guess wrong, in a sense. I rarely worked on a Mac, myself, as my main system, (I did for a brief stint), but as IT manager, IT support, or Systems Analyst, I have seen first hand the comparison of problems in similar situations.

And, yes, regarding the hardware, the OS, connectivity, and interoperability, Macs are very reliable. I cannot speak for the software titles on the system. Talk to the software publisher about that.

" I rarely worked on a Mac.."
Like I said, I guess you've never had to work with Macs professionally, 8 or more hours every day...

How do you get, «never», out of, “rarely”, or, “for a brief stint”? Read everything. (It was in the very same sentence. You did not even have to read to the end of the sentence. It was a mere seven words later.

I quoted you directly.
Like I said, I guess you've never had to work with Macs professionally, 8 or more hours every day...

YES,… INCLUDING THE WORD, “Rarely!”

…And you totally IGNORED the part where I mentioned working on a Mac daily! …In the SAME SENTENCE!!!

How hard is that to understand? You were wrong, move on.

You're the one having a hard time moving on.

I run 2) 5,1's Mac Pro's (2010 and 2012) continuesly every day, rarely shutting them down. They work fantastic for me, with my mods keeping them current even for today. (Mods are extrnal 50A PS to run graphic cards and of course latest drives and memory)

I have a small media production company, with these computers doing everything from video transfer, photography edits in LR and PS, and editing 4k video in Davinci Resolve.
They are extremely reliable and handle all of my tasks without fail.

So for me, they are working at least 10hr days, sometimes around the clock. I NEVER had a windows machine that could do this. Not saying that its not possible, and not saying Windows machines are crap, just saying in my case, my Macs have been far more reliable running a much more difficult workday than what I had ever asked of my windows machines.

Perhaps it has to do with you running your own gear and staying on top of it. All the Macs I've ever worked on belonged to company X. While all platforms can fuck up on you, I've have to give top honors to Macs. This was especially so before the age of OS-X, of which today's platform in based on. I've yet to work on any other platform where your computer would torch up on a regular basis, for example.

But I'm glad things are working well for you. After all, we're really going for an end goal, an image, a video, etc. Hopefully what we're doing that with will not create additional impedance to reaching that end goal.