Nikon has officially announced the newest addition to their lineup of DSLR cameras, the D810A, designed specifically for astrophotography. The camera appears to be a modified version of the D810 camera announced last June, but with a few new features that are designed with astrophotography in mind. Soon to be the only camera of its kind on the market, the D810A will likely be the camera king of astrophotography.

The camera’s defining feature is its new optical filter designed to enhance hydrogen alpha (H-alpha) wavelength sensitivity to four times that of the D810. The H-alpha wavelength is a deep-red visible spectral line emitted by gaseous hydrogen found in nebulae. Enhancing sensitivity to this wavelength will enable astrophotographers to more vividly capture the reds produced in nebulae and galaxies in their photos. Whereas standard DSLRs suppress this wavelength of light to optimally reproduce colors in typical portrait and landscape photography, the D810A contains what is known as an IR-cut filter for enhanced H-alpha transmission.

A sample image from the D810A released by Nikon.

While the camera would likely fair well in the majority of situations, Nikon advises against using the D810A for general photography, citing a possible unusually red cast to photos when shooting under light sources with a significant amount of near-infrared wavelengths, or capturing common subjects exhibiting high reflectance at near-infrared wavelengths.

An additional new feature brought to the D810A is the extension of the maximum exposure time in a new special manual (M*) mode. This new mode allows for shutter speeds as long as 900 seconds (15 minutes) and support an unlimited number of shots with continuous shooting, unlike the traditional manual (M) mode’s 100-shot limit for continuous shooting of long exposures. This mode will make creating star trail composite images far more convenient.

A sample image from the new Nikon D810A.

Nikon has not yet released pricing for the new camera, so any pricing at this point is speculative. However, it can be expected that the price will exceed that of the D810.

View the full press release from Nikon here. More sample images from the Nikon D810A can be found here.

Damn...that first sample image. I wish we knew what lens (i.e. telescopes) these were shot through. I've always wondered about the minimum requirement in focal length to get something like that? How close (or far out!) do we have to go? Any ideas? Anyone?

The Japanese page is listing either a 300 mm f/2.8 Nikkor or a 1000mm, 130mm aperture TOA130 telescope Takara Haas telescope for most of the shots.

300mm F4 is far enough is want to get a shot like this. More important is to have a star tracker(there are 2 cheap options: vixen polarie or iOptron $300-400) and a couple good narrowband filters which will block any light pollution, around $300 each or even more.

Adam, you can do it by having a guided telescope. Celestron has some cool options with amazing tripods. They cost like 2000USD, yes a lot. Astrophotography is expensive stuff, very expensive.
Some people do attach the camera to the telescope via adapters, others use piggy mount, For example, the Canon EF 135 f/2 Lens with the 6D piggymounted to a telescope would give you astonishing pictures if it had the IR filter removed (even so it still does).
Problems with D810a it's the camera's weight, the heavier the system the more expensive the tripod will become.
These are tips for starters, not that i would recomend this sort of thing for professional and scientific results, for those you would need CCD sensors and some big telescopes.

The absolute best for moon shots at frat parties...

Canon has the Canon EOS 20Da and now the Canon 60Da, but Nikon D810a is a game changer, Full Frame sensor with no IR filter, woah. I find that my EOS 6D manages astrophotography pretty well, but this monster, man i just wish!! For astrophotographers, and amateur astronomers like me, this is gold, something we've been waiting for a long time! 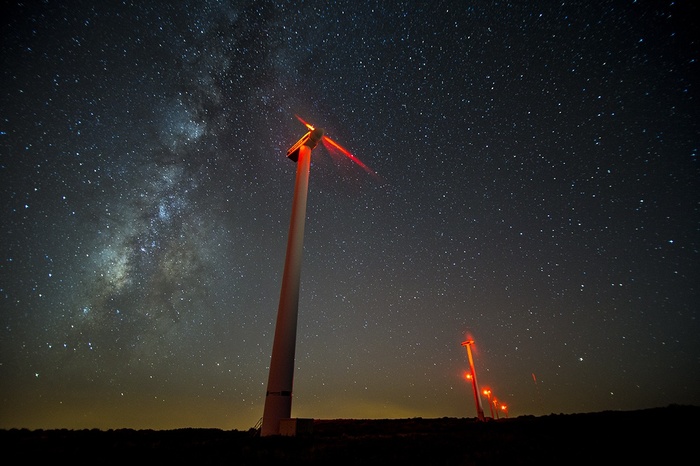 Great shot. I thought the full frame Canons wouldn't allow use of crop frame lenses? As for the D810a it's strikes me as a pretty expensive option for amateur astronomers/astrophotographers. Do you feel the Nikon is expensive for what it is, or does it seem reasonable?

Well, as an amateur astronomer, on a small portuguese island I do think that it is really expensive. Thing is, even knowing we are a small association of 10 - 20 astronomers we work with the university of Madeira sometimes, and the 20Da is a very nice tool, this D810a full frame without the IR filter would be an amazing aquisition. The low noise produced vs the 20Da and 60Da is something worth looking at, also the greater sensivity of the sensor can make us see things like Messier 42 (Orion's Nebulae) a lot better. A 30 second exposure at ISO 3200 would give us amazing results. Other than that, it's expensive of course.
Yes the Tokina 11-16 fits Canon FF cameras, the 11mm will give you a visible vignete, like fisheye effect, but 16mm works, corner detail is rubish, the lens wasn't made for FF, it was just an experiment. I would recomend the Samyang 14mm as a cheap and crisp solution.

Yeah, the Samyang at around f/5.6 is very sharp. The Canon 6D has a good sensor, less noise than the Mk III. The Nikon D750 is another affordable option.

Hmm, that's interesting, I remembered seeing a fair amount of spherical chromatic aberration in some wide open samples I saw of the 14mm, although by f/4 it was well tempered. I'll have to revisit that lens and see how the newer model performs. I was quite impressed with the 14mm otherwise. I had the 35mm f/1.4 Samyang, and it too had some spherical chromatic aberration wide open, although not horrible, again tempered one stop down. That's another lens to consider for astro work, especially around f/2.8-4.

You can take a look at other pictures on my 500px profile, you will notice the corner problems.

I'm amazed you you guys haven't mentioned the hugely under-rated Pentax K5iis - incredible sensitivity and dynamic range. tiny camera, 40 years of lenses to choose from. and... A built-in astro-tracer in the form of a moving sensor controlled by the GPS module. It will even guide you to your destination :)
All for under 500 quid.
This Nikon looks the dog's, but there are other camera makers out there ;)