Nikon is finally here with its first professional, full-frame mirrorless cameras: the Z6 and the higher-megapixel Z7.

UPDATE: Pre-orders now open. Order now to get in line before everyone else.

We’ve waited for a long time for this, and now, after watching Sony from afar, tonight Nikon announced its answer to Sony’s rather successful a7- and a9-series cameras. The Z6 is Nikon’s low-light, mid-resolution body, high frame-rate body while the Z7 is a high-resolution equivalent. Alongside the Z-mount system, Nikon also introduced a new AF-S 500mm f/5.6E PF ED VR compact, super-telephoto lens with the standard F-mount. But let’s dive right into the specifications for the Z cameras.

The Nikon Z6 and Z7 share the same bodies, EXPEED 6 image processor, and overall system compatibility. The sensors’ resolution, autofocus point count, frame-per-second performance, and ISO performance are the only differentiating factors. Of course, it’s clear Nikon went all-out on features, including its first in-body stabilization system in any of its bodies. Full weather sealing and 4K video (although not at 60p) round out some of the higher-end features, but there is one rather glaring issue for some professional shooters: even though it supports XQD cards, there is only one card slot.

The crown jewel of the Nikon Z lens system is the in-development NIKKOR Z 58mm f/0.95 S NOCT. Nikon also announced three lenses that will be available at or soon after the launch of the system: the NIKKOR Z 35mm and 50mm f/1.8 S lenses alongside a 24-70mm f/4 S lens. The S-Line designation is “reserved only for lenses which have cleared…stricter quality control,” which is beyond the standards of any of Nikon’s previous lenses. All S-Line lenses include Nikon’s high-end Nano Crystal Coating. A full lens roadmap (naturally subject to change) spans the next couple years and shows plans for more than a dozen new lenses. 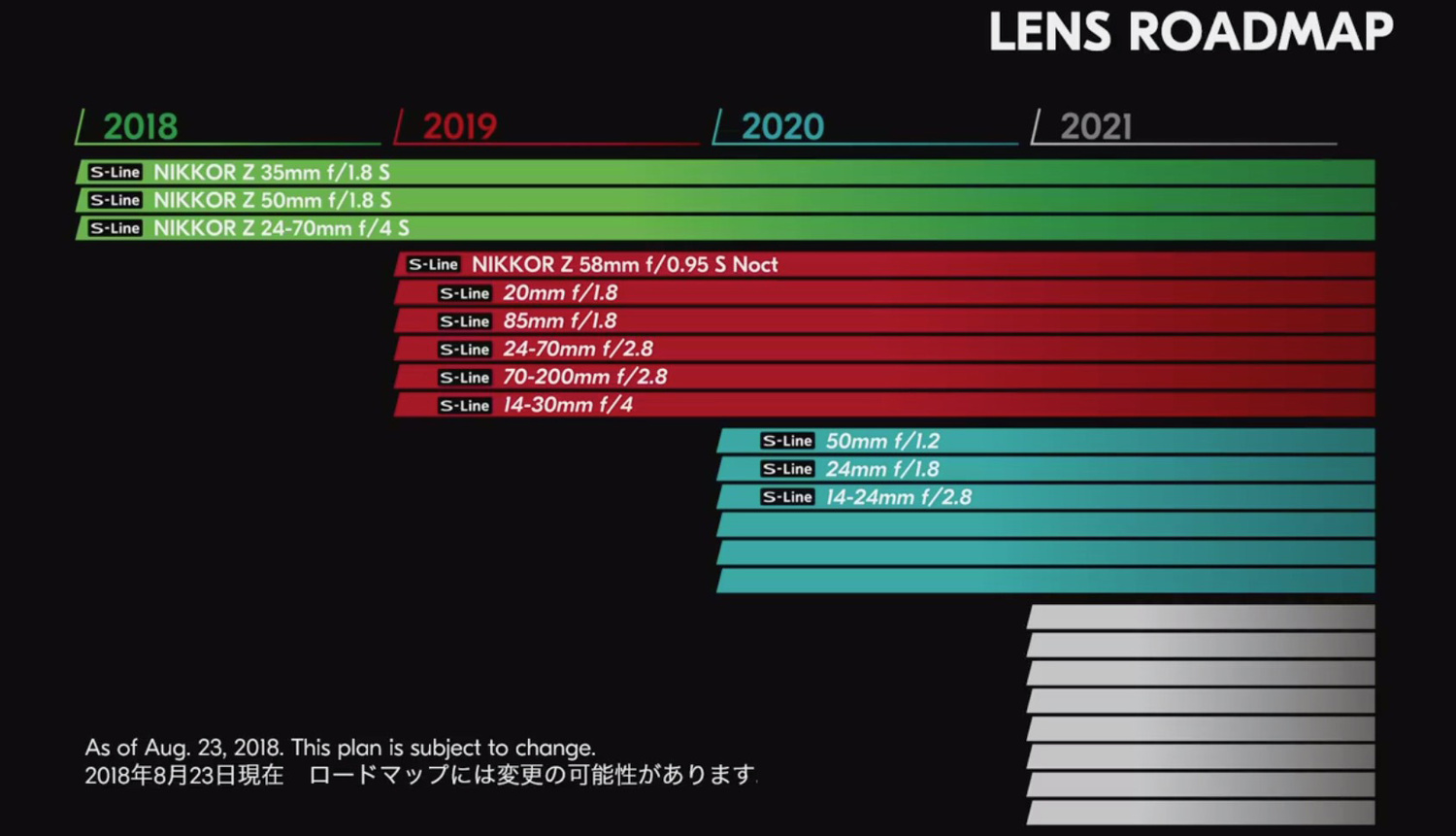 To wrap this up, here are most of the Z6 and Z7 system product photos: 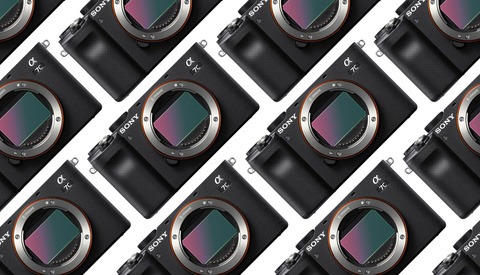 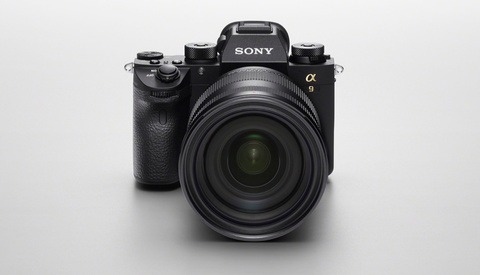 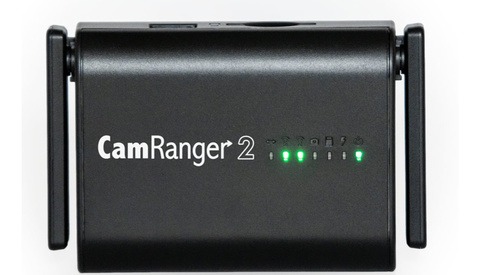 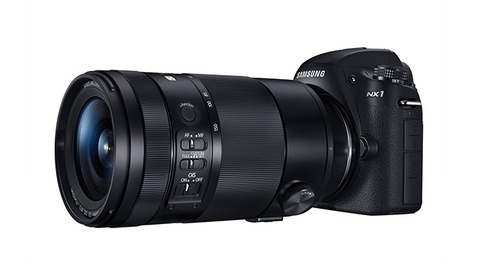 Gear / September 15, 2014
Samsung Announces the NX1, a More Serious Camera with 28MP and 4K Video
Log in or register to post comments
84 Comments

Two bad news:
- Only one XQD slot
- Z mount specs are undisclosed, so no Sigma/Tamron lenses or third party smart adaptors in the near future.

Actually seeing all the vids, they nailed a lot of things, I listed around 12 problems based on specs and returns. It's nice for a first gen

Where is this listing?

About one card slot, I know it's very important to have 2 cards writing at the same time. But I just realized that most of the time (in my case) I have shot with only one card and managed to survive the photography world for 10 years.
I'm not happy as well, but I can live with it ( because I already did and still doing it)

I was just thinking about this today as well. I prefer dual card slots, but over all the years that I was using a D700 as my main camera I never lost any work due to a card error (touch wood).

That's a step back anyway

I know, but there must be a reason, right? We can say that Nikon screwed it up but maybe engineering wise, it's not possible to fit in 2 XQD or XQD/SD Combo.
Sony still uses 2 SD slots, probably because the mechanism is small enough that they can fit 2 slots.

XQD cards are far more reliable too compared to SD. That's something to consider.

I know it's still a bummer, but it's for you to decide if that's a deal breaker or not.

One card is enough to shoot with an XQD card, I shoot daily more than 2K photos and an XQD with 128GB from Sony works awesome I notice when I have a back up with SDXC from Sandisk Extreme pro, I have some delay and risk my photos to be corrupted, SD can't handle too much information too fast as an XQD, I shoot with a D850, and the second slot is only used for redundancy.

I never needed my seat belt, but when the day comes I'll be happy to have it.

But yeah it's not an issue for me either. I had a card fail on me once, but it wasn't a big deal cause i was just strolling around. I guess it's more of an issue for Sports and Wedding Photographers.

Dual slots is like insurance. You don't need it until you need it and when the time (God forbid) comes that you need it, you'll rue not having it.

So true. I just put one card in my camera and shoot away. It was ok for the past decade or so. It’s like tethering into a computer...a computer hard drive could also fail..but I guess most people are paranoid and prefer more options. Seriously photographers are so paranoid about data loss its not even funny.

Maybe because data loss for a photographer can have disastrous consequences?

I totally agree, I pretty much never use the second slot in my Nikon D750 or Fuji XT2. I always use professional cards and have never had one fail on me ever. That said it might not hurt to keep a second card in either body just in case something happens. I can see why it's important for Nikon to at least offer the user to make the choice to shoot with one or two cards. The only time I shoot with two cards is when I'm shooting weddings or video and I don't want to be surprised by running out of space at the wrong time (not that changing cards takes much time but it means reaching into your bag, etc...)

I've already seen one review by LRTimelapse where he tested the Sigma 18-35 DX and it performed flawlessly. AF performance was the same as using it on his D850.

They did a mistake, should have introduced with 2 card Slots.

Argh, now I have to Google what codec it shoots to -wait, does that release mean the HDMI out isn't a clean signal?

So you need an external recorder to get 10 bit log?

Don't know if I would call it "professional" if you don't have dual cards.

Should have been a XQD slot and SD slot like in the D850.

It is not "professional" in Nikon's world. There are three clues on the body that make that very obvious. Look at a D500/D850/D5 and see the difference between those bodies and a D7500/D750,

The price is also worst than Sony for both bodies and lenses, be prepared to sell kidneys

one card sloooooooooooooot. What a hell? Professional cameras? No sir. Toys

Wadu hek are you talking about??

Round viewfinder, dual card slot, and?

The inclusion of User settings for one thing. Nikon professional cameras don't have them but, of course, a lot of Nikon shooters (me included) think they should.

That’s just so sad...and Nikon is pushing for the battery grip for those who complain about small form factor and the short battery life. I wonder if they will implement another card slot into the grip? It would be nice if they do and that means those who need a pro working camera could use upgrade it with the grip.

To good of an idea for them to use.

So just buy a Sony body... You can get all of this with two card slots, eye autofocus, and Sony has the lenses now. Didn't we call this all out the other day? Nikon is selling a downgraded Sony system for more money but 1000's of brand loyalists will buy these.

What happened to changing the game?

I'm kinda disappointed by the presentation, it was very lifeless, almost boring. Adding to that if of course that we already knew everything from the leaks.

I was waiting for that thing that "has never been done before", they also mentioned it but i didn't really see that.

I don't care too much about second card slot, but i wish the z6 would also go down to ISO64. I'll just wait for the first image quality reviews, especially for high ISO and to hold it in person to see how it feels and how the EVF is.

It look much heavier than Sony's. it is just smaller DSLR, if it is heavy.

According to specs it's the same weight

Single card slot. Thank you, and goodbye. As a pro, you have to be really loving living on the edge to rely on a single memory card.

Yep, loser! :-P I can't believe all the whining about a second slot!

I understand both sides but for the majority of shooters that aren’t in studios much it is a big complaint to have.
Everyone said the same about other companies when they didn’t offer two card slots and said, “this can’t be a pro camera with one slot!” so the complaints are substantiated.

Nikon Europe YouTube trailer shows the 58 Noct and the thing is masssive! LCD screen on lens barrel too. (time-stamped) https://youtu.be/_ufp31HJr6w?t=51s

Massive and manual focus only !!

I'm curious about the weight of Z-mount lenses and adapter, no information so far.

The proof of the pudding is in the eating. Let's wait for the first reviews.

Well, as a man who's still happy with it's Canon EOS 6D, I find this Nikon mirrorless a beast! Smaller camera, big sensor and a lot of lenses to pick from.
If Canon comes up with something worth the money, with EF adapter and IBIS, I'm sold.
I bet that those who jumped ship from Nikon to Sony, will be making the exact same articles as before with titles like "How I've sell all my Sony gear and went Nikon".

But what does this have that Sony doesn’t?
Objectively looking at this camera, I can’t see any reason someone would sell their 850 or Sony camera for this.
Adapted lenses, same video performance (speculated), one card slot, and it’s more expensive.
I only see brand loyalty being a factor, not performance.

I’m waiting for canon to respond with something.