Nikon has announced their new flagship DSLR, the D6. With headlining features like the most powerful AF system in Nikon's history and a 20.8-megapixel full frame sensor capable of boosting to 3.2 million ISO, Nikon is promising to deliver a camera "purpose-built and inspired by the valuable feedback of professional users."

The camera is set to feature a newly developed 105-point AF system, consisting entirely of cross-type sensors. All the points are user selectable. The new layout enables 1.6x denser AF coverage than that of the D5. The D6 also features an expanded focus detection range, intended to "increase the detection area for single point AF and dynamic area AF" — essentially allowing the camera to focus on a subject that is slightly outside the actual focus point. To complement the high-ISO performance, the center point works down to -4.5 EV, with the other points supporting -4 EV.

Other performance improvements include:

Along with the D6, Nikon also announced two new lenses for the Z series of mirrorless cameras. The 24-200mm f/4-6.3 VR and 20mm f/1.8 S have both been announced, further expanding the Z mount lineup of lenses.

The 24-200mm offers a classic "all-in-one" experience, with a 8.3x zoom ratio, covering the wide to telephoto range. Weighing in at 20 ounces, this lens is a lightweight and versatile option, while supposedly "maintaining the high-end optical quality of a NIKKOR Z lens." Interestingly, the lens includes VR support, unlike many other Z lenses. A minimum focus distance of only .7 m at 200mm enables a maximum reproduction ratio of .28x. 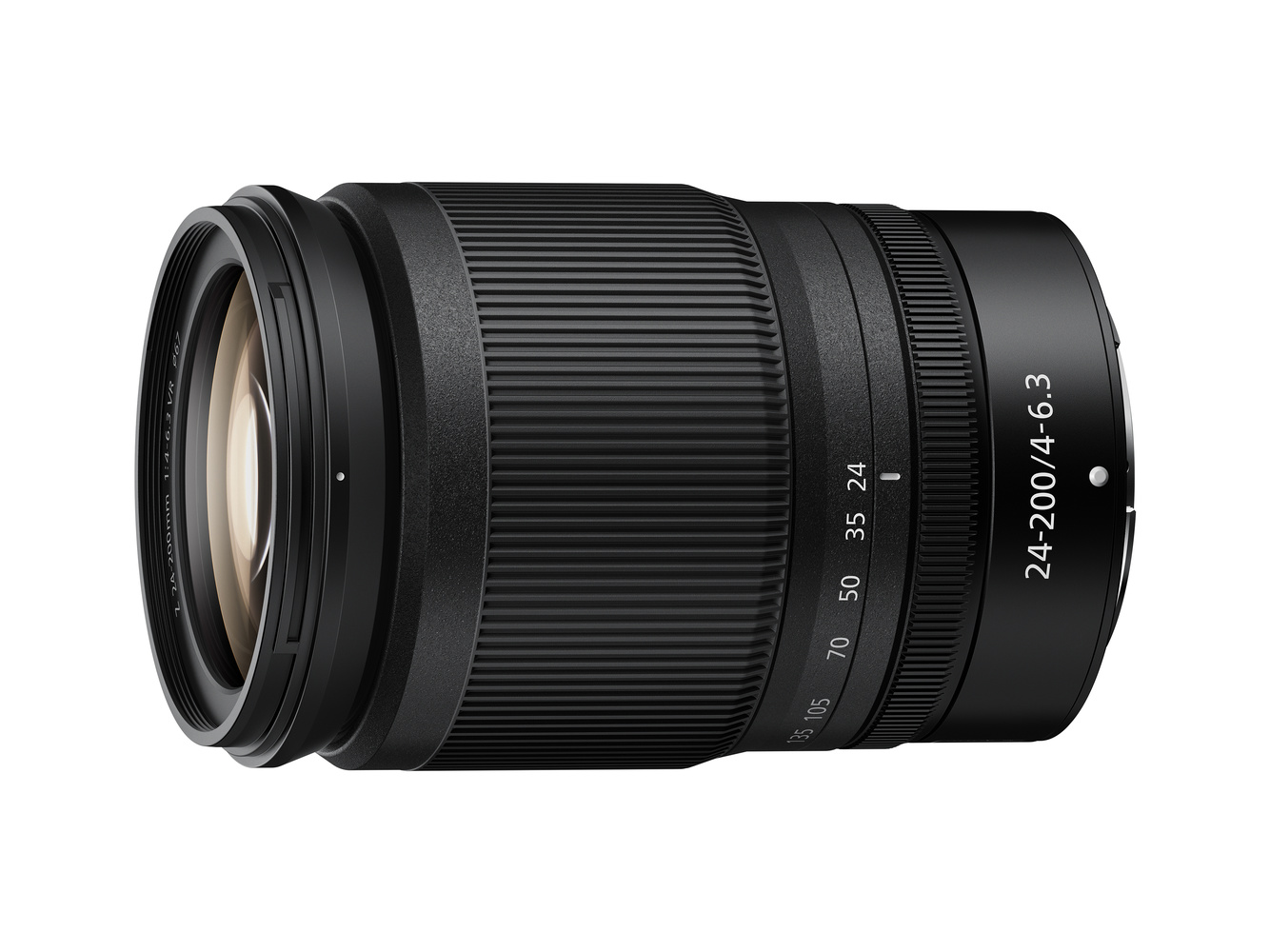 The 20mm f/1.8 "was designed for those who want expansive imagery with increased detail, sharpness, and shallow depth of field." Combining a wide focal length with a fast aperture, this lens is a natural fit for "astrophotography or capturing vast landscapes in challenging light". The lens comes with a nine-blade aperture, weather-sealing, three ED lens elements, and Nikon's Nano Crystal Coating. It features a multi-focusing system for enhanced performance even at close focusing distances. 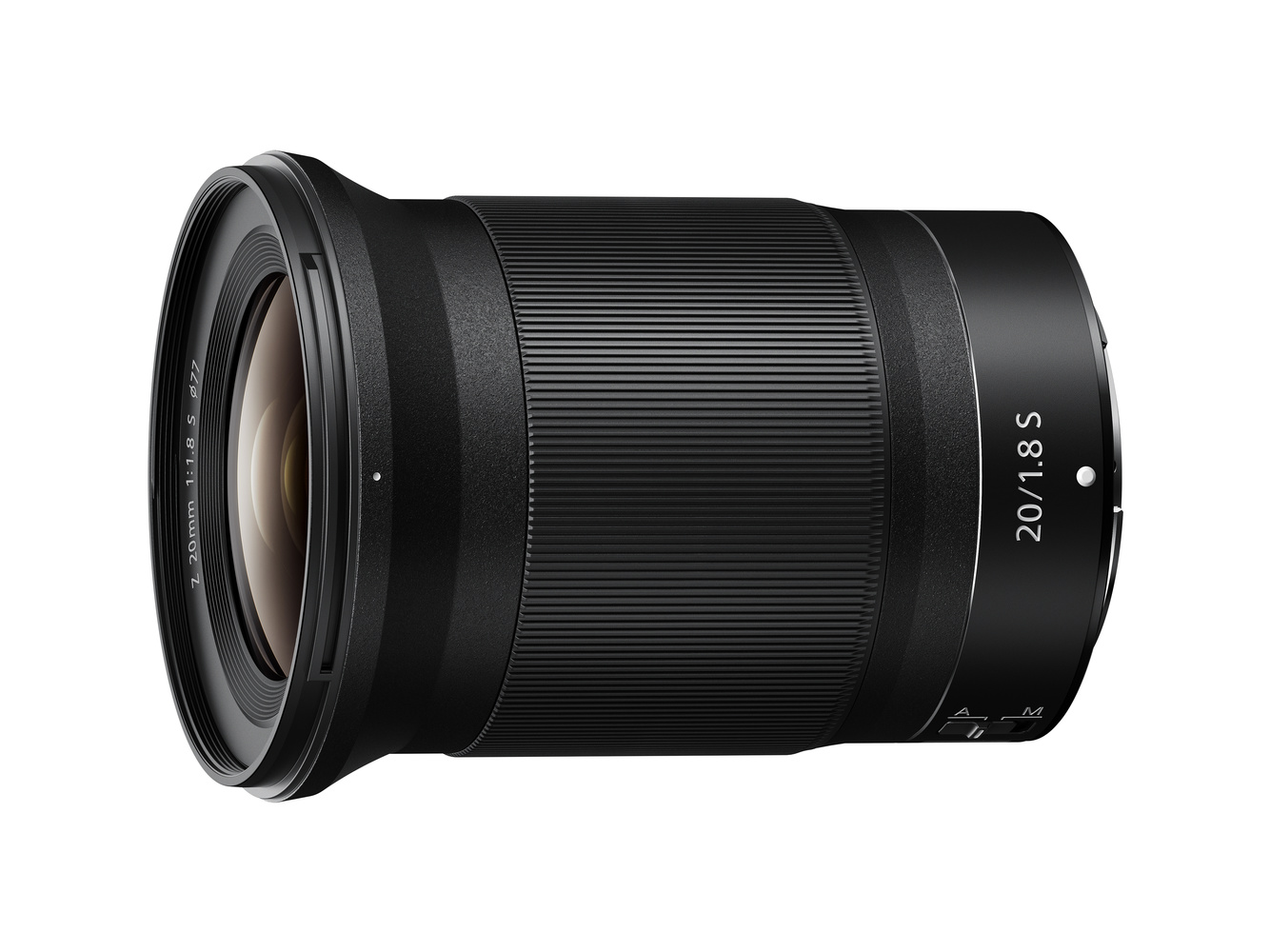 Architecture / October 3, 2019
The Nikon Z7 in the Hands of an Urban Photographer

I've gotten over my GAS, and my X-T2 is good enough for my current needs. Having said that this looks like a mighty fine camera.

Definitely a purpose-built camera. I think the dialogue around it will be interesting in the next few days- I can see a lot saying this doesn't add enough, but I think what it does add is desirable for the intended users.

By saying a purpose-built camera, I’m guessing you mean it’s for low-light work?

To an extent- really it's meant for working photographers doing things like journalism, sports, and event photography. All the features are focused on that- like the dual-size JPEG recording make it easy to upload a small version of the files right at halftime, while keeping a full size version for Getty or editing, etc.

I see! Never thought about those details. Many thanks for enlightening me!

Between the timing and the specs, I know I for one am falling asleep.

Seriously: this is an embarrassingly minor iterative update. Calling it a D5s would have been charitable. As a D6 it's a joke. It does not portend well for Nikon going forward.

Can the D6 stand up against the D1X MKIII? We'll see. I am still keeping my D4, never thought about upgrading to the D5. I do like the D4 sensor's quality in low light and never had an AF-failure in low light. For me it is the better camera than the D5. I am curious about the D6. Is it more D4 or more D5 considering the sensor's low light capabilities (RAW)?

I am shooting D4s and let me tell you Z6 and D850 in low light events focus better !!! So D6 all cross types AF is huge step up in DSLR world IMO :) happy shooting

Great. What about AF-tracking? Does it keep up? But nevertheless, seems like the D6 is an important improvement for the pros in that case. Makes perfectly sense after all. Let's see what the real life experience will tell.

Hey Jan, I shoot constantly only in AF S mode no AF C at all for my style of photography so tracking features never been tested since I do not need them. What is important is how fast camera grabs the focus and how difficult it is for camera to grab it on difficult colours such black, whites where there is no edge or contrast I could focus it on.... Z6 excels in this in low light ! D4s in daylight is fastest and D850 is best overall from these 3 cameras doing both low light and daylight with very accurate results... just my observation from last couple years with these... D4s is a tank which delivers but AF could be better now when compared to the other 2 :)

Yes, Josef. I use both modes with back button AF. So AF-S is the main mode, except for portraits or rarely landscape. AF tracking I use for dance events in low light, I can't keep up with the fast movements of the artists as they move across the frame and back and forth all the time. The D4 almost never failed me. The D800E can't keep up, but I use it with wide angle zooms or primes mostly where it does not matter that much. The D5 is noticeable better, but lacks the low light quality of the D4(s) (RAW). The D850 is as good as the D4, maybe even a bit better.
Good to hear that the sensor AF of the Z6 is that good. I'll buy one second hand, if available. But just for occasions where the shutter sound of a DSLR would disturb the event, e.g. in classical concerts or theatre performances. I still do not like EVFs even now as they got better and the body of the Z is too small for my hands.

I am AF-S + Back button shooter. The EVF is the weakest part of Z6 for me as well, but kind of got used to it so lets see what they bring up next. I do shoot fast dancers in low light as well, if flashes are allowed then I use 2-3 OCF for certain looks of stage to freeze the motions, if no flashes are allowed I am pushed to higher ISO then normally to freeze them but AFS does it for me no matter what... It is mostly Nikkor 24-70 2.8 AFS, non E version and focus is fast and accuracy is hi unless they were non contrasty outfits where AF hunting can happen.. I am really close my subjects so sweaty bodies touch my 24 a lot :) - https://www.povazanphotography.com/Vancouver-wedding-photographers-Povaz...
Cheers

Thanks for the insight. A good way to avoid disturbing is shooting the final rehearsal. I use the 24-70 2.8 non VR and the 17-15 2.8 on the D800E and the (older) AF-S D 80-200 2.8 on the D4. For the lightening I use two Elinchrom ELB400, mostly for the overall light if ISO would go above 6400. Both cameras with a remote trigger. Occasionally I use the action head of the ELB400 to freeze motions if an assistant is available. Do you struggle with the bright blue LED light as well in post?
I like your images very much. Great lightening and framing. I am impressed. Congratulations! Cheers.

I'm glad this camera has finally been released. This should be the last DSLR that was in Nikon's production pipeline, and they can now concentrate 100% on the Z system.

No, it should not be the last. But they could slow down the product cycle to as it was back until the DSLRs appeared.

It's over dude. You're looking at it.

The difference couldn't be more stark. Jan says should and could but you are so sure of yourself!

Maybe one day we see the best of the two systems integrated in one body. IBIS, EVF/OVF, fast DSLR-AF/sensor-AF, ... in one body to still be able to use the DSLR lens range. Pro oriented, of course and available until the next 3-5 years.
The D6 is even more targeted to the pros as any pro D Nikon before. It is all about the work flow, apparently.

Agreed, except I have no use for an EVF and wouldn't own one, but that's just me.

Me too, but if it can be turned off, I wouldn't mind.

I've heard rumors of such a thing but it seems like that would negate the benefits of mirrorless, while adding very little to DSLRs. Well...interesting times.

Not exactly. While obviously nobody has tested it, I'm expecting these to be JPEGs with less compression than just shooting video and pulling a frame from it.

if they released this camera for a price less than a a9 II the people would be appreciate it and this would be a much more realistic pricing.

I don;t think the typical buyer for this camera is super price-sensitive. This camera goes along with the tens of thousands in F mount telephoto lenses - which creates a lot of "lock in" to the brand.

i'm not sure. since the release of the D5 the fees for photgraphers went down. the rich amateurs with a big lens collection might also gone to sonyland

Institutional buyers aren't pivoting between makers that fast. As for amateurs with deep pockets, that's unlikely to constitute a huge portion of Dx model sales.

Looks like an outstanding camera. I’ve used the D3, D4, and currently the D5. Yet for the first time, I don’t feel motivated to upgrade to the D6. Just don’t think there’s enough value to justify the cost of upgrading. Though I’m sure it’ll prove to be a workhorse just like its predecessors.

Michael, which do you prefer for low light, the D4 or the D5, if that matters to you? No question if it is about JPG, but RAW?