Is This The Ultimate Portable LED Light?

Light. We see it all around us as billions of photons pass right by us, bouncing against objects like "Punch-Me-Clowns."  As photographers, we're obsessed and spend our lives figuring out how to manipulate them, and it could be an exhausting task to pursue, but that's about to change.

But first, let's look at a brief history of the studio flash. The first use of studio lights dates back to the year 1839 when L. Ibbetson used something called oxy-hydrogen light while photographing microscopic objects. The source of light was produced by heating up a ball of calcium carbonate in an oxygen flame until it gave off enough light, or probably exploded. As this wasn't ideal, other ways of lighting had to be explored. Another photographer, photographing the sewers in Paris used battery operated lighting, but it wasn't until 1877 that a studio opened up using only electric lighting. A game changer. Powered by a gas driven dynamo, the lamp emitted enough power to expose a camera for 2-3 seconds of light.

Let's fast forward to our modern day time, where we all use studio lights and flashes on an almost daily basis. With all the technology behind it, we don't even bat an eyelid to think where it all began as long as it works. We started with terrible lamps to light the way, to using battery operated studio flashes that last almost an entire wedding shoot, if not longer.

With all these technological advances, however, one thing has always been missing. Setting up lights before a shoot has always taken a while, especially when setting it up on location yourself because your assistant is too busy uploading selfies from his or her phone. 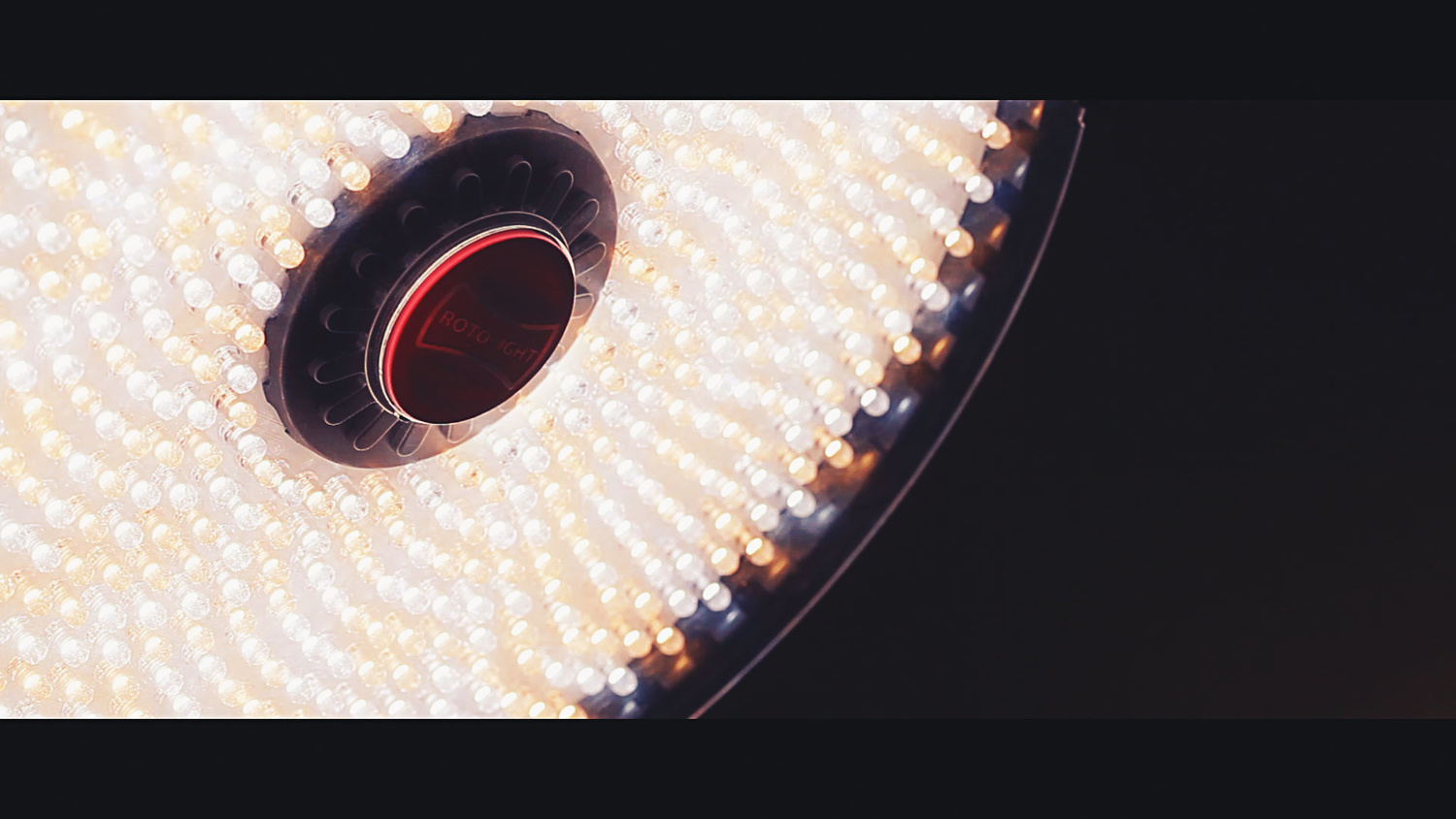 Enter the Rotolight system. I've heard of local photographers using these and being thoroughly impressed by the ease of use and how lightweight they are, so I had to see for myself. I phoned up my local Rotolight Distributor, Sunshine Co. and asked if I could use them for a week to see how they perform while I'm away for a week on a location shoot. And boy, was I in for a treat. I was given two Rotolight AEOS's and two Rotolight NEO's (version I and II). The AEOS kit bag contained all the accessories necessary to manipulate light in any way shape or form. It came with two stands, the lights, and a range of filters and diffusers. I was also informed Elinchrom teamed up with Rotolight to make use of their Skyport transmitters, of which two were included in the bag.

Unfortunately, due to time constraints in getting the gear to me in time, Sunshine Co. had to supply me with the previous version AEOS which does not have the receivers built in. The NEW AEOS, NEO II and ANOVA PRO 2’s all come with the Elinchrom Skyport Receivers built into the lights now, at no charge. All you need is the Elinchrom Skyport HSS transmitter and you are good to go.

Setting up for my first shot at the week-long location shoot was easy. I doubt it took longer than five minutes from unpacking the lights to setting up the tripods and getting used to the menu system at the back of the light. Using only two dials, you can quickly set the brightness, using the one dial, and color temperature using the other. Pressing both dials gives you access to the menu system where you can access a range of features such as Flash, CineFX, and constant lighting, primarily used for video. Next, I attached the Skyport Transmitter to my camera's hot-shoe and the receivers to the two AEOS lights before switching the lights to Flash mode. I was ready to go. No need for phone-obsessed assistants anymore! After a few adjustments, I started shooting. 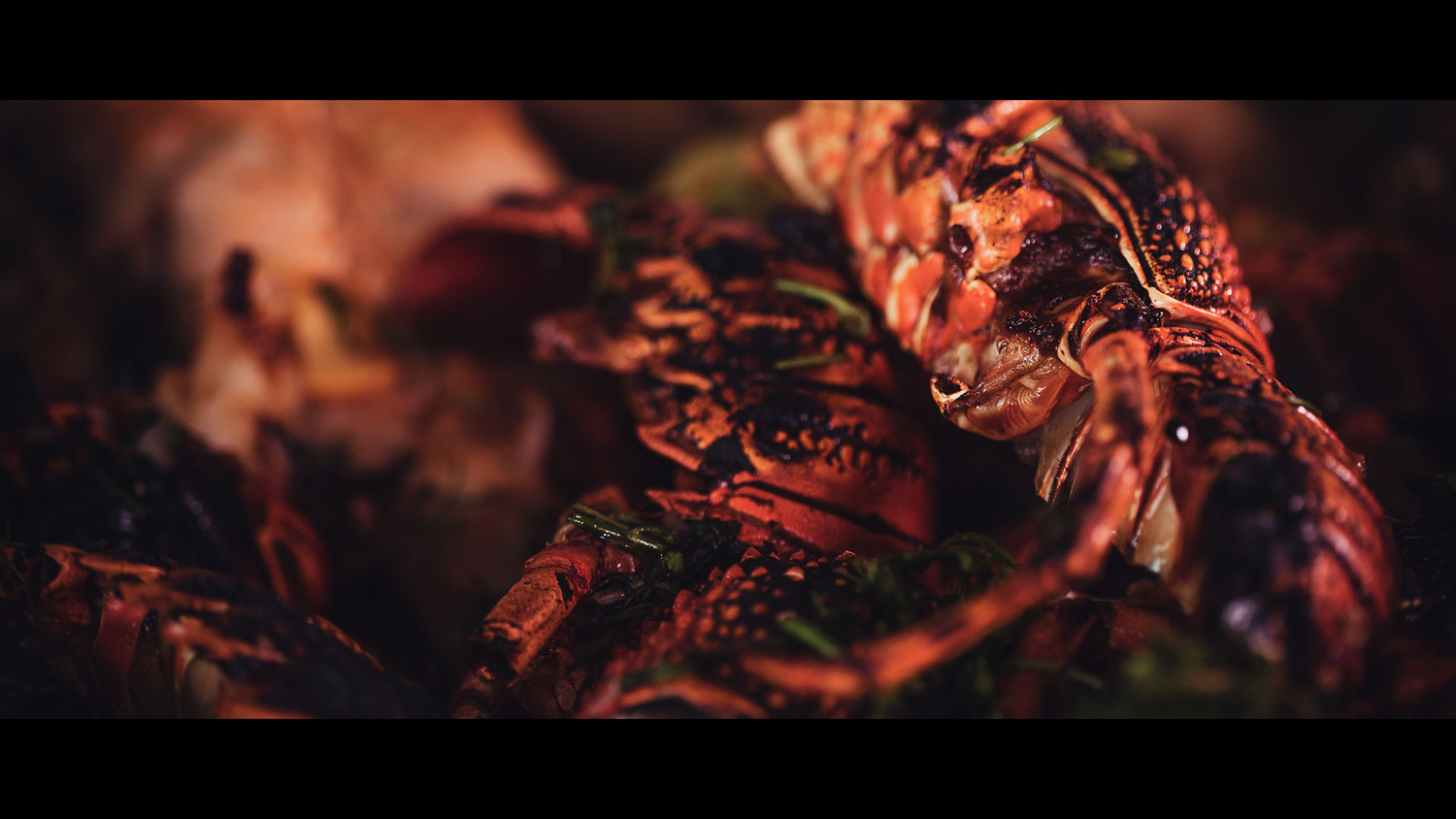 The first shoot of the day was a seafood dish. The table lay chockfull of crayfish, crab, mussels, and a huge Dorado, all caught earlier that day. Using my 100mm Macro lens I started firing away and by mistake, I shot a burst of around seven images. I quickly reviewed the images to check what I can delete and, to my surprise, found the lights didn't need to recycle at all during this time. My mind was absolutely blown. The power output was consistent across all seven images. I'm so used to waiting four seconds for normal lights to charge up again. While everyone thought I was drooling due to the massive amount of food on the table, I found my jaw dropping at the sheer power of the lights.

The next day I shot a portrait of the chef who prepared the seafood for us the previous day. The location was his deck, overlooking the ocean on a bright sunlit day. I thought this would be a good test for the lights to see how far it can be pushed. I fired away a few shots and realized the output wasn't as strong as the previous shoot, which was indoors, in a controlled environment. Although, I did notice the light was strong enough to act as a soft reflector, just filling in the shadows giving it a natural look and feel.

Where the lights really showed off was in the indoor video interview setups we had with the chef. At one stage, we had the Rotolight AEOS lights set up for a key and backlight while the NEO II acted as a hair light (which was set to a slightly warmer degree). The AEOS lights gave off a beautifully diffused look, while the Neo II was slightly harsher, perfectly suited for a hair light. We opted to test the lights on battery power (V-Lock batteries on AEOS and AA batteries on the NEO II) and were pleasantly surprised to see the lights didn't lose any form of output while on full power, about two hours later. To my surprise, the Elinchrom HSS Transmitter was able to wirelessly control four different groups, changing each group’s power and color temperature settings remotely. You can also change and activate the SFX from the transmitter. 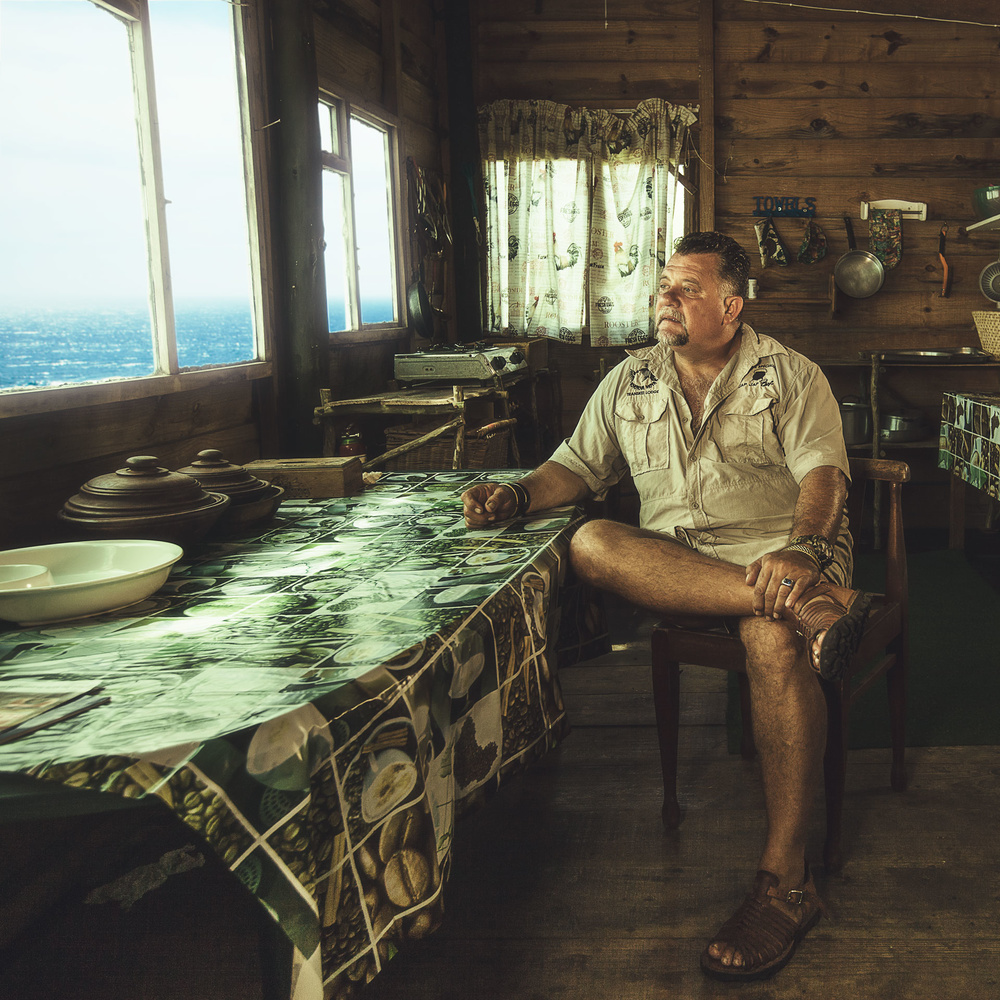 While the lights performed well under most circumstances, there were just a few things I wish Rotolight had given a bit more thought. For instance, I would've loved a remote control to change settings on individual lights instead of constantly running between lights and holding up the process. If I could stand behind the camera (or in front - when used for vlogging), I would love to be able to use a remote control to switch off or on, change brightness and color temperature, and choose which lights I'm controlling.

The other issue I noticed was the filter holder on the AEOS kit. While I love the idea that Rotolight included various options such as diffusion and color balance filters, I found the filter holder, to be quite finicky and wouldn't always lock in place. There was no mechanical lock to secure it against the light as it would simply just twist into place. If you're on location and a sudden gust of wind would come past, it would dislodge the filter holder from the light and the filters you thought you secured, would fallout. While this is not the end of the world, I would like to see a better attempt at improving the aforementioned issues.

All in all my experience with these lights were absolutely incredible. From the ease of use to the quality of light of the NEO II and AEOS, these lights are definitely worth adding to your gear bag. I loved how quick they were to set up and how fast one gets used to the menu system. The quality of light, when used in a studio setup was beautifully soft, and when combined with natural light, such as window light, the Rotolights really pop! The kit bag that comes with the AEOS kit is spacious enough for two lights, filters, V-Lock batteries and two stands on the side, while it's a tad heavy, it's easy enough to sling around your shoulder and get it from point A to B. The Rotolight NEO's were small enough to pack in my camera bag and didn't add any extra weight. When it came to battery consumption I was pleasantly surprised, having shot for over an hour with no dip in power. These light became a power addition to my bag over the week I had with them. I'll miss having them around, as they've grown part of the family.

If you're interested in purchasing these lights for yourself, head over to B&H to check out the Rotolight AEOS Kit, the Rotolight NEO II, and the Rotolight Elinchrom EL-Skyport Transmitter Plus HS. 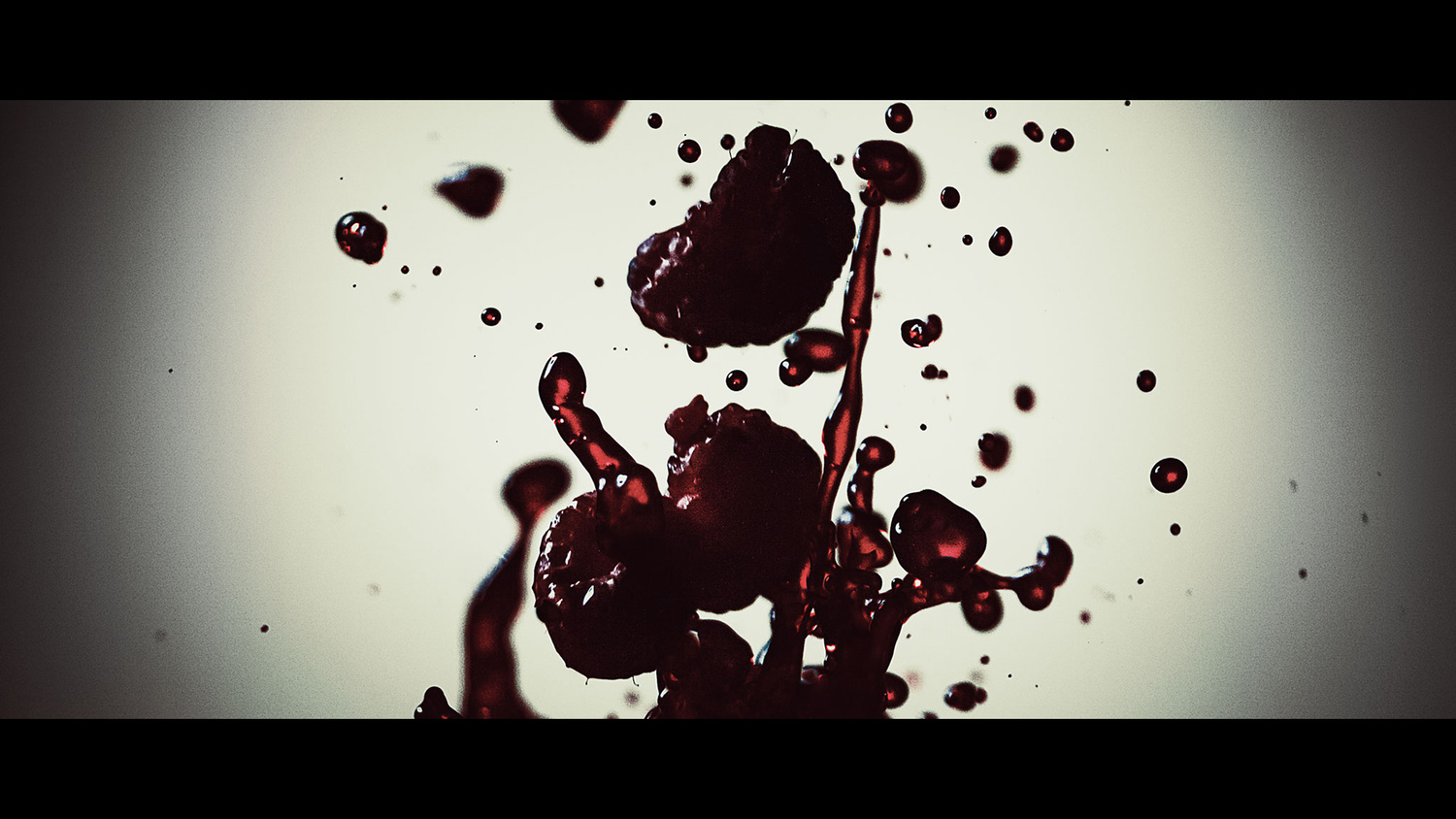 Gear / January 25, 2020
Review of the Elinchrom ELM8 After Four Months of Use

Great CRI values, but I need 3x the power.
I'd guess another 3 years to get that much power at a decent size/price.

Intrigued to rent a pair for shooting stills. Thanks for the review!

They look like interesting lights but I shoot outdoors a lot so not sure these lights would work for me. The video I watched of you speaking looked to be a bit underexposed? I viewed on an iPad Pro.

You need an Aputure 300D with no modifiers to even begin to compete with full sunlight.

Yes I know, these lights right now are only good for indoors or used to fill with window light. I do a lot to TV still shooting and compared to how things were 10 years ago the DP’s are lighting sets a lot darker with modifiers now because the newer commercial studio cameras can read shadow detail with less noise very well in lower light. Much better than what a still camera shoots at. When shooting TV stills I use the Fuji XT-2’s and when shooting indoors I live at very high ISO’s. A lot of guys are going to the Sony’s but I like my Fuji for the TV work. When I shoot editorial I like my Canon 5D Mark lll’s better than mirrorless cameras. It is hard to get used to EVF’s especially when using studio strobes. I see the LED’s becoming more powerful over time and I would like to see an LED that would also shoot with the power of a ProFoto studio strobe. Maybe in another 5 years.