The headline says it all. There is now a magic Internet stop that will allow you to scroll through a controlled video test of scores of cinema lenses. It’s a magical glass rabbit hole where you can see a single scene meticulously curated over and over with the cinema lens of your choice.

If you like lenses, if you love optics, if gear tickles your fancy, this site is for you. Thanks to the folks over at ShareGrid, you can kill about as much time as you’d like comparing high-quality video tests of modern cinema’s most popular lenses.

This ambitious project is part amazing resource and part hypnotic time killer, if you’re of the right mindset. According to the ShareGrid blog, the project took “two days of shooting, 15 lens enthusiasts, 90 videos, 4 TBs of footage, and 1 set dog.” The goal is to make choosing a lens to rent or buy a less expensive and much quicker option for cinematographers.

The initial blog post about the project comes fully armed with lens descriptions, bokeh charts, a massive grid of side-by-side specs, and commentary on all of the gear. You can even see a detailed breakdown of how the lens test videos were set up, including behind-the-scenes photos and lighting diagrams.

The best part is "The Ultimate Vintage Lens Test" lets you do it four at a time! 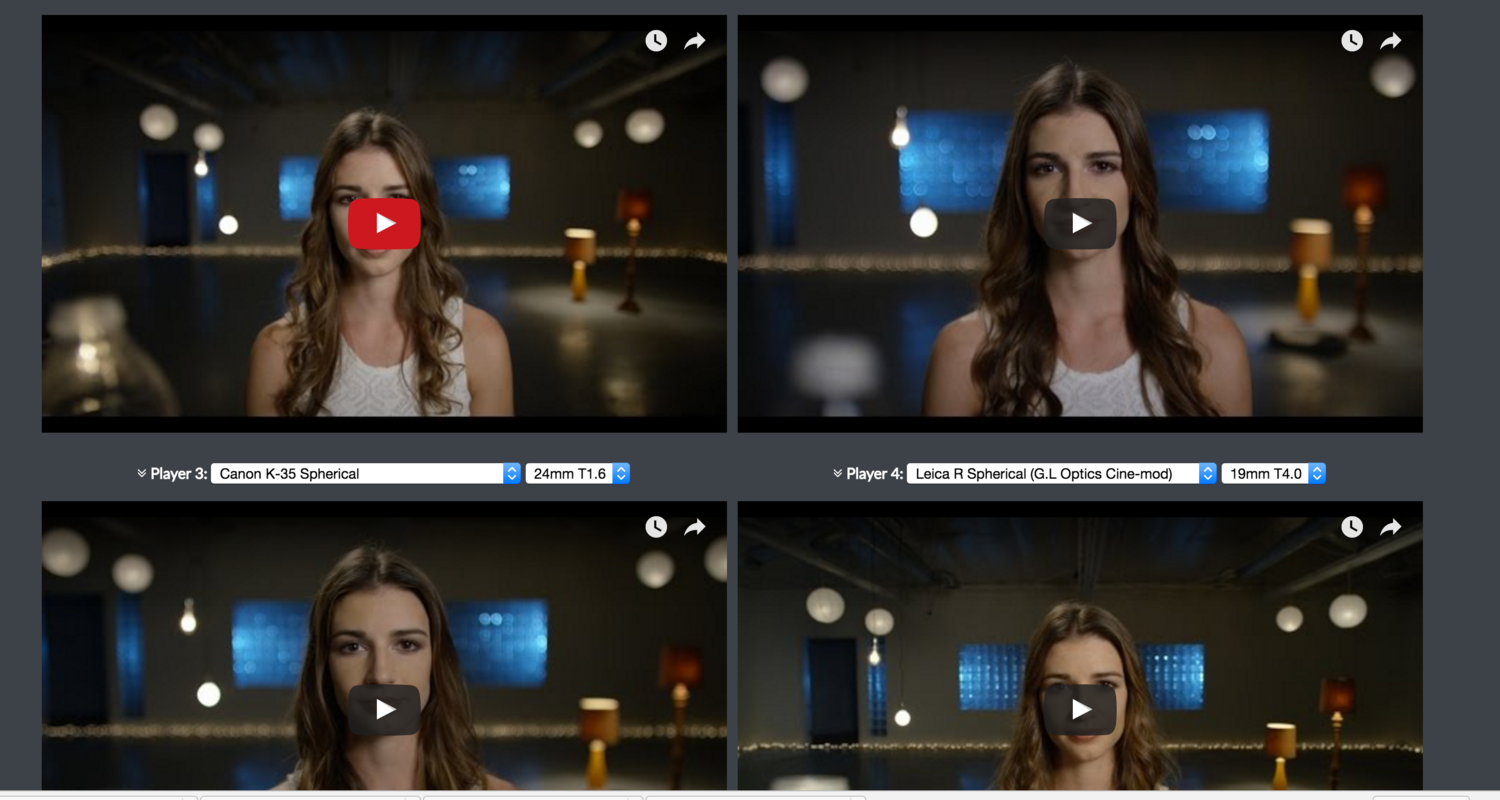 It's well worth some late browsing. However, the real question remains: When do we get more? Because I, for one, wouldn’t mind a few hours worth of EF, F, or FD mount browsing as well. Just saying.

Gear
Are Your Vintage Lenses Going to Kill You?

Gear
Why is No One Talking About the Sigma FP?

Gear
Is Low-Light Footage From the Canon C500 Mark II at ISO 12,800 Useable?
Log in or register to post comments

Stumbled upon these tests a few days ago! I've always loved the "Cooke Look" and it's so much more apparent when viewing it in this way! Just bummed that they only had 3 Leica R lenses-I gladly would've contributed my set to these tests!